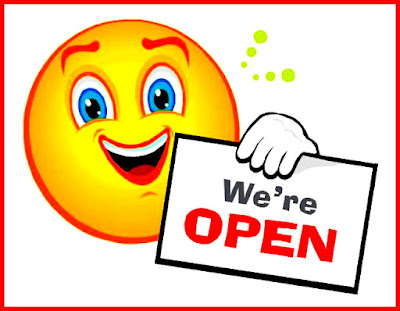 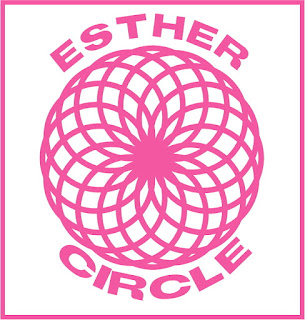 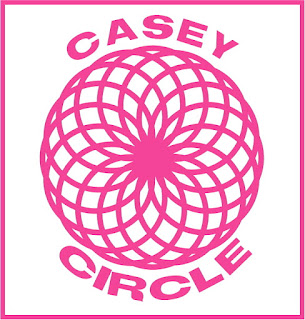 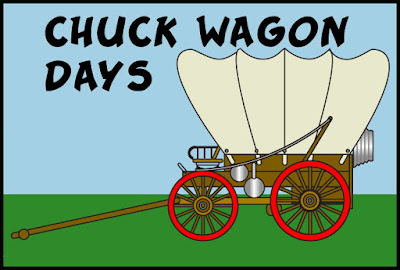 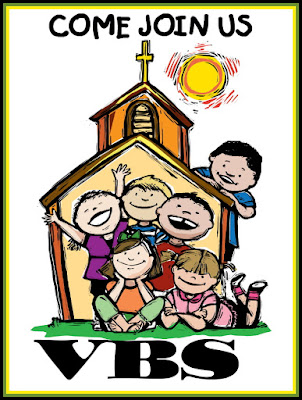 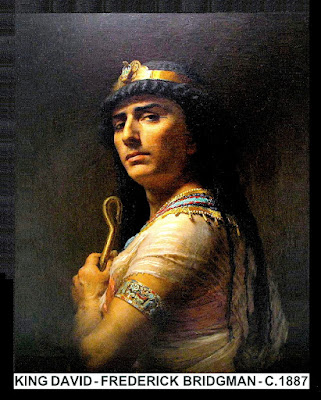 1-2 Before long, the king made himself
at home and God gave him peace from
all his enemies. Then one day King
David said to Nathan the prophet, “Look
at this: Here I am, comfortable in a
luxurious house of cedar, and the Chest
of God sits in a plain tent.”
3 Nathan told the king, “Whatever is on
your heart, go, do it. God is with you.”
4-7 But that night, the word of God came
to Nathan saying, “Go and tell my
servant David: This is God’s word on the
matter: You’re going to build a ‘house’
for me to live in? Why, I haven’t lived in
a ‘house’ from the time I brought the
children of Israel up from Egypt till now.
All that time I’ve moved about with
nothing but a tent. And in all my travels
with Israel, did I ever say to any of the
leaders I commanded to shepherd Israel,
‘Why haven’t you built me a house of
cedar?’
8-11 “So here is what you are to tell my
servant David: The God-of-the-Angel-
Armies has this word for you: I took
you from the pasture, tagging along
after sheep, and made you prince over
my people Israel. I was with you every
where you went and mowed your
enemies down before you. Now I’m
making you famous, to be ranked with
the great names on earth. And I’m
going to set aside a place for my people
Israel and plant them there so they’ll
have their own home and not be
knocked around any more. Nor will evil
men afflict you as they always have,
even during the days I set judges over
my people Israel. Finally, I’m going to
give you peace from all your enemies.
11-16 “Furthermore, God has this
message for you: God himself will build
you a house! When your life is complete
and you’re buried with your ancestors,
then I’ll raise up your child, your own
flesh and blood, to succeed you, and I’ll
firmly establish his rule. He will build a
house to honor me, and I will guarantee
his kingdom’s rule permanently. I’ll be a
father to him, and he’ll be a son to me.
When he does wrong, I’ll discipline him
in the usual ways, the pitfalls and
obstacles of this mortal life. But I’ll
never remove my gracious love from
him, as I removed it from Saul, who
preceded you and whom I most certainly
did remove. Your family and your
kingdom are permanently secured. I’m
keeping my eye on them! And your royal
throne will always be there, rock solid.”
———————————————————
PSALM 89:20-37    (UMH 807)
THE MESSAGE (MSG)
A poetic, musical version of God's promise/covenant to establish David's throne.
A long time ago you spoke in a vision,
you spoke to your faithful beloved:
“I’ve crowned a hero,
I chose the best I could find; 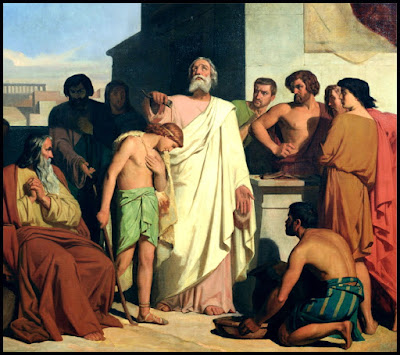 I found David, my servant,
poured holy oil on his head,
And I’ll keep my hand steadily on him,
yes, I’ll stick with him through thick
and thin.
No enemy will get the best of him,
no scoundrel will do him in.
I’ll weed out all who oppose him,
I’ll clean out all who hate him.
I’m with him for good and I’ll love him
forever;
I’ve set him on high—he’s riding high!
I’ve put Ocean in his one hand, River in
the other;
he’ll call out, ‘Oh, my Father—my God,
my Rock of Salvation!’
Yes, I’m setting him apart as the First of
the royal line,
High King over all of earth’s kings.
I’ll preserve him eternally in my love,
I’ll faithfully do all I so solemnly
promised.
I’ll guarantee his family tree
and underwrite his rule.
If his children refuse to do what I tell
them,
if they refuse to walk in the way I show
them,
If they spit on the directions I give them
and tear up the rules I post for them—
I’ll rub their faces in the dirt of their
rebellion
and make them face the music.
But I’ll never throw them out,
never abandon or disown them.
Do you think I’d withdraw my holy
promise?
or take back words I’d already
spoken?
I’ve given my word, my whole and holy
word;
do you think I would lie to David?
His family tree is here for good,
his sovereignty as sure as the sun,
Dependable as the phases of the moon,
inescapable as weather.”
———————————————————
EPHESIANS 2:11-22
THE MESSAGE (MSG)
God intends to enact reconciliation through the church by bringing divided humanity (Jews and Gentiles) into one new humanity in Jesus Christ.
11-13 But don’t take any of this for
granted. It was only yesterday that you
outsiders to God’s ways had no idea of
any of this, didn’t know the first thing
about the way God works, hadn’t the
faintest idea of Christ. You knew nothing
of that rich history of God’s covenants
and promises in Israel, hadn’t a clue
about what God was doing in the world
at large. Now because of Christ—dying
that death, shedding that blood—you
who were once out of it altogether are in
on everything.
14-15 The Messiah has made things up
between us so that we’re now together
on this, both non-Jewish outsiders and
Jewish insiders. He tore down the wall
we used to keep each other at a distance.
He repealed the law code that had
become so clogged with fine print and
footnotes that it hindered more than it
helped. Then he started over. Instead of
continuing with two groups of people
separated by centuries of animosity and
suspicion, he created a new kind of
human being, a fresh start for everybody.
16-18 Christ brought us together through
his death on the cross. The Cross got us
to embrace, and that was the end of the
hostility. Christ came and preached
peace to you outsiders and peace to us
insiders. He treated us as equals, and
so made us equals. Through him we both
share the same Spirit and have equal
access to the Father.
19-22 That’s plain enough, isn’t it?
You’re no longer wandering exiles. This
kingdom of faith is now your home
country. You’re no longer strangers or
outsiders. You belong here, with as
much right to the name Christian as
anyone. God is building a home. He’s
using us all—irrespective of how we got
here—in what he is building. He used the
apostles and prophets for the foundation.
Now he’s using you, fitting you in brick
by brick, stone by stone, with Christ
Jesus as the cornerstone that holds all
the parts together. We see it taking
shape day after day—a holy temple built
by God, all of us built into it, a temple in
which God is quite at home.
———————————————————
MARK 6:30-34, 53-56
THE MESSAGE (MSG)
For this week, consider how the story of the mission activities of Jesus and the disciples (teaching on one shore, healing on the other) relate to the "centerpiece" of the feeding.

SUPPER FOR FIVE THOUSAND
30-31 The apostles then rendezvoused
with Jesus and reported on all that they
had done and taught. Jesus said, “Come
off by yourselves; let’s take a break and
get a little rest.” For there was constant
coming and going. They didn’t even
have time to eat.
32-34 So they got in the boat and went
off to a remote place by themselves.
Someone saw them going and the word
got around. From the surrounding towns
people went out on foot, running, and
got there ahead of them. When Jesus
arrived, he saw this huge crowd. At the
sight of them, his heart broke—like
sheep with no shepherd they were. He
went right to work teaching them.

MARK 6:53-56
53-56 They beached the boat at
Gennesaret and tied up at the landing.
As soon as they got out of the boat,
word got around fast. People ran this
way and that, bringing their sick on
stretchers to where they heard he was.
Wherever he went, village or town or
country crossroads, they brought their
sick to the marketplace and begged him
to let them touch the edge of his coat—
that’s all. And whoever touched him
became well.
———————————————————
• 1525 - Catholic princes of Germany
formed the Dessau League to fight
against the Reformation.
• 1788 - Prices plunged on the Paris
stock market.
• 1799 - The Rosetta Stone, a tablet with
hieroglyphic translations into Greek,
was found in Egypt.
• 1848 - A Women's Rights Convention
took place in Seneca Falls, NY. Bloomers
were introduced at the convention.
• 1942 - German U-boats were withdrawn
from positions off the U.S. Atlantic coast
due to American anti-submarine
countermeasures.
• 1943 - During World War II, more than
150 B-17 and 112 B-24 U. S. bombers
attacked Rome for the first time.
• 1964 - In Illinois, Cahokia Mounds was
designated as a U.S. National Landmark.
It is the largest pre-Columbian settle-
ment north of Mexico.
Cahokia Mounds State Historic Site is
located on the site of a pre-Columbian
Native American city (c. 600 1400 CE)
across the Mississippi River from
modern St. Louis, Missouri.
The park covers 2,200 acres, about 3.5
square miles, and contains about 80
mounds, but the ancient city was much
larger.  In its heyday, Cahokia covered
about 6 square miles and included about
120 human-made earthen mounds in a
wide range of sizes, shapes.
Archeologists recovered more than 250
skeletons from Mound 72 alone.
• 1982 - United States Census Bureau
reported that 14% of the population had
an income below the official poverty
level in 1981.
• 1985 - Christa McAuliffe of New
Hampshire was chosen to be the first
schoolteacher to ride aboard the space
shuttle. She died with six others when
the Challenger exploded the next year.
≈≈≈≈≈≈≈≈≈≈≈≈≈≈≈≈≈≈≈≈≈≈≈≈≈≈≈≈≈≈≈≈≈≈≈
MONDAY, JULY 20TH —
Happy Birthday Damian Peterson!
Happy Birthday Joe Chrostek!
Happy Anniversary —
Jim and Jyl Wightman
— OFFICE IS CLOSED TODAY —
———————————————————
• CASEY VACATION BIBLE SCHOOL6 P.M. TO 8:30 P.M.
———————————————————
• 1801 - A 1,235 pound cheese ball was
pressed at the farm of Elisha Brown, Jr.
The ball of cheese was later loaded on a
horse-driven wagon and presented to
U.S. President Thomas Jefferson at the
White House.
• 1859 - Brooklyn and New York played
baseball at Fashion Park Race Course
on Long Island, NY. This marked the first
time that admission had been charged to
see a ball game. It cost $.50 to get in and
none of the players on the field received
a salary.
• 1861 - The Congress of the Confederate
States began holding congressional
sessions in Richmond, Virginia.
• 1942 - The first detachment of the
Women's Army Auxiliary Corps, (WACS)
began basic training at Fort Des Moines,
Iowa.
• 1944 - U.S. President Franklin D.
Roosevelt was nominated for an
unprecedented fourth term of office at
the Democratic National Convention in
Chicago.
• 1969 - Apollo 11 astronauts Neil
Armstrong and Buzz Aldrin, Jr. became
the first men to walk on the moon.
• 1985 - Treasure hunters began raising
$400 million in coins and silver from the
Spanish ship Nuestra Senora de Atocha.
The ship sank in 1622, 40 miles of the
coast of Key West, Florida.
• 2003 - In India, elephants that are used
for commercial work began wearing
reflectors to avoid being hit by cars
during night work.
≈≈≈≈≈≈≈≈≈≈≈≈≈≈≈≈≈≈≈≈≈≈≈≈≈≈≈≈≈≈≈≈≈≈≈
TUESDAY, JULY 21ST —
Happy Birthday Mildred Sorber!
Happy Anniversary —
Brick and Carol Ann Schnobrick 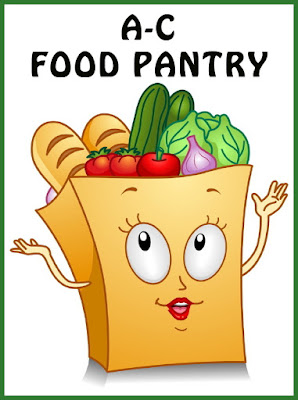 Thank you for your help during this busy,
busy week. You made it all happen, you
know.