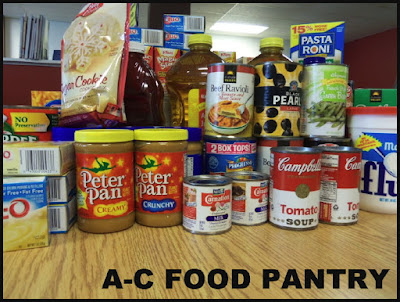 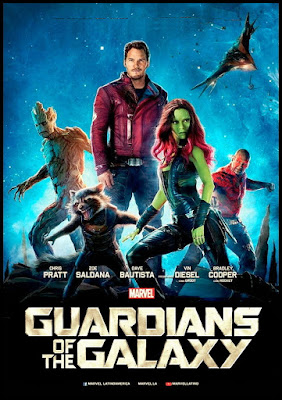 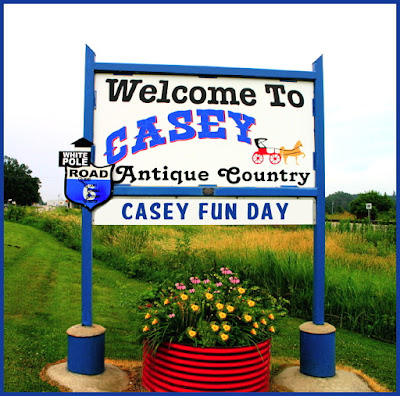 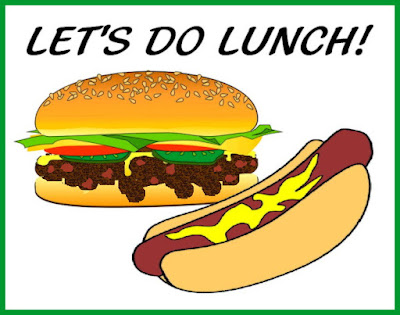 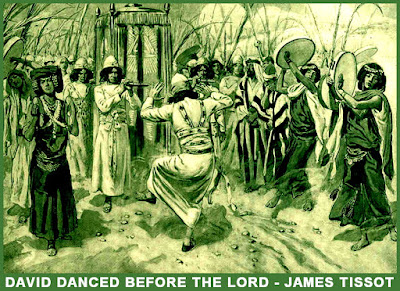 1-2 David mustered the pick of the
troops of Israel—thirty divisions of them.
Together with his soldiers, David headed
for Baalah to recover the Chest of God,
which was called by the Name God-of-
the-Angel-Armies, who was enthroned
over the pair of angels on the Chest.
3-7 They placed the Chest of God on a
brand-new oxcart and removed it from
Abinadab’s house on the hill. Uzzah and
Ahio, Abinadab’s sons, were driving the
new cart loaded with the Chest of God,
Ahio in the lead and Uzzah alongside the
Chest.
David and the whole company of
Israel were in the parade, singing at the
top of their lungs and playing mandolins,
harps, tambourines, castanets, and
cymbals. When they came to the
threshing floor of Nacon, the oxen
stumbled, so Uzzah reached out and
grabbed the Chest of God. God blazed
in anger against Uzzah and struck him
hard because he had profaned the Chest.
Uzzah died on the spot, right alongside
the Chest.
8-11 Then David got angry because of
God’s deadly outburst against Uzzah.
That place is still called Perez Uzzah (The
-Explosion-Against-Uzzah). David became
fearful of God that day and said, “This
Chest is too hot to handle. How can I
ever get it back to the City of David?” He
refused to take the Chest of God a step
farther. Instead, David removed it off the
road and to the house of Obed-Edom
the Gittite. The Chest of God stayed at
the house of Obed-Edom the Gittite for
three months. And God prospered Obed-
Edom and his entire household.
12-16 It was reported to King David that
God had prospered Obed-Edom and his
entire household because of the Chest of
God.  So David thought, “I’ll get that
blessing for myself,” and went and
brought up the Chest of God from the
house of Obed-Edom to the City of David,
celebrating extravagantly all the way, with
frequent sacrifices of choice bulls. David,
ceremonially dressed in priest’s linen,
danced with great abandon before God. 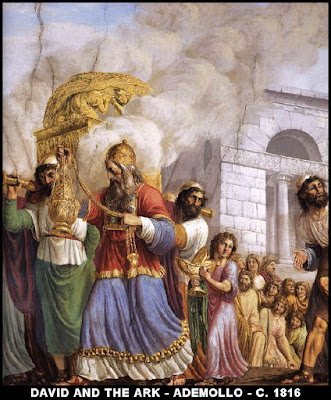 The whole country was with him as he
accompanied the Chest of God with
shouts and trumpet blasts. But as the
Chest of God came into the City of
David, Michal, Saul’s daughter,
happened to be looking out a window. 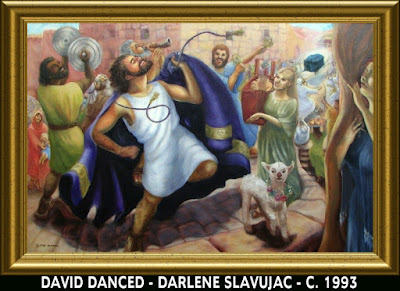 When she saw King David leaping
and dancing before God, her heart
filled with scorn.
17-19 They brought the Chest of God and
set it in the middle of the tent pavilion
that David had pitched for it. Then and
there David worshiped, offering burnt
offerings and peace offerings. When
David had completed the sacrifices of
burnt and peace offerings, he blessed
the people in the name of God-of-the-
Angel-Armies and handed out to each
person in the crowd, men and women
alike, a loaf of bread, a date cake, and a
raisin cake. Then everyone went home.
———————————————————
PSALM 24 (UMH 755)
THE MESSAGE (MSG)
An appropriate response to the story of the entry of the ark into Jerusalem.

A PSALM OF DAVID
1-2 God claims Earth and everything
in it, 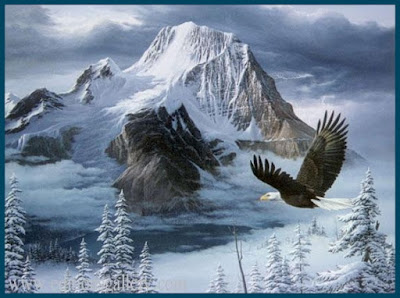 God claims World and all who live on it.
He built it on Ocean foundations, 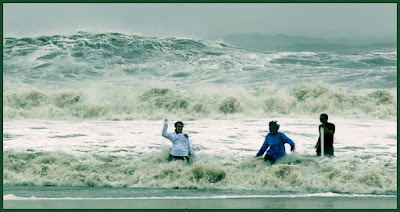 laid it out on River girders.
3-4 Who can climb Mount God?
Who can scale the holy north-face?
Only the clean-handed,
only the pure-hearted;
Men who won’t cheat,
women who won’t seduce.

5-6 God is at their side;
with God’s help they make it.
This, Jacob, is what happens
to God-seekers, God-questers.

8 Who is this King-Glory?
God, armed
and battle-ready. 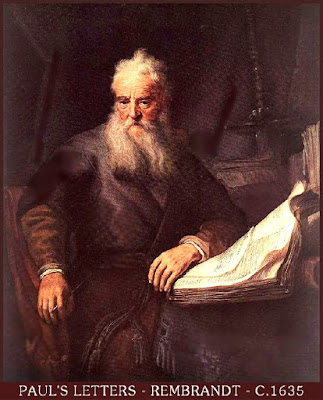 THE GOD OF GLORY
3-6 How blessed is God! And what a
blessing he is! He’s the Father of our
Master, Jesus Christ, and takes us to the
high places of blessing in him. Long
before he laid down earth’s foundations,
he had us in mind, had settled on us as
the focus of his love, to be made whole
and holy by his love. Long, long ago he
decided to adopt us into his family
through Jesus Christ. (What pleasure he
took in planning this!) He wanted us to
enter into the celebration of his lavish
gift-giving by the hand of his beloved
Son.
7-10 Because of the sacrifice of the
Messiah, his blood poured out on the
altar of the Cross, we’re a free people—
free of penalties and punishments
chalked up by all our misdeeds. And not
just barely free, either. Abundantly free!
He thought of everything, provided for
everything we could possibly need,
letting us in on the plans he took such
delight in making. He set it all out before
us in Christ, a long-range plan in which
everything would be brought together
and summed up in him, everything in
deepest heaven, everything on planet
earth.
11-12 It’s in Christ that we find out who
we are and what we are living for. Long
before we first heard of Christ and got
our hopes up, he had his eye on us,
had designs on us for glorious living,
part of the overall purpose he is working
out in everything and everyone.
13-14 It’s in Christ that you, once you
heard the truth and believed it (this
Message of your salvation), found
yourselves home free—signed, sealed,
and delivered by the Holy Spirit. This
signet from God is the first installment
on what’s coming, a reminder that we’ll
get everything God has planned for us,
a praising and glorious life.
———————————————————
MARK 6:14-29
THE MESSAGE (MSG)
Mark tells two stories in one — a “present-time” story and a “flashback.” The “present-time” story recounts Herod hearing about Jesus and deciding he must be John the Baptist raised from the dead. The "flashback" is the story of the Herod's order to have John the Baptist beheaded.
THE DEATH OF JOHN
14 King Herod heard of all this, for by
this time the name of Jesus was on
everyone’s lips. He said, “This has to be
John the Baptizer come back from the
dead—that’s why he’s able to work
miracles!”
15 Others said, “No, it’s Elijah.”
Others said, “He’s a prophet, just like
one of the old-time prophets.”
16 But Herod wouldn’t budge: “It’s John,
sure enough. I cut off his head, and now
he’s back, alive.”
17-20 Herod was the one who had
ordered the arrest of John, put him in
chains, and sent him to prison at the
nagging of Herodias, his brother Philip’s
wife. For John had provoked Herod by
naming his relationship with Herodias
“adultery.” Herodias, smoldering with
hate, wanted to kill him, but didn’t dare
because Herod was in awe of John.
Convinced that he was a holy man, he
gave him special treatment. Whenever
he listened to him he was miserable with
guilt—and yet he couldn’t stay away.
Something in John kept pulling him
back.
21-22 But a portentous day arrived when
Herod threw a birthday party, inviting all
the brass and bluebloods in Galilee.
Herodias’s daughter entered the banquet
hall and danced for the guests. She
dazzled Herod and the guests.
22-23 The king said to the girl, “Ask me
anything. I’ll give you anything you
want.” Carried away, he kept on, “I
swear, I’ll split my kingdom with you if
you say so!”
24 She went back to her mother and
said, “What should I ask for?”

“Ask for the head of John the Baptizer.”

25 Excited, she ran back to the king and
said, “I want the head of John the
Baptizer served up on a platter. And I
want it now!”
26-29 That sobered the king up fast. But
unwilling to lose face with his guests, he
caved in and let her have her wish. The
king sent the executioner off to the
prison with orders to bring back John’s
head. 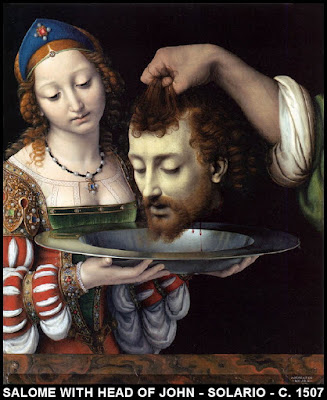 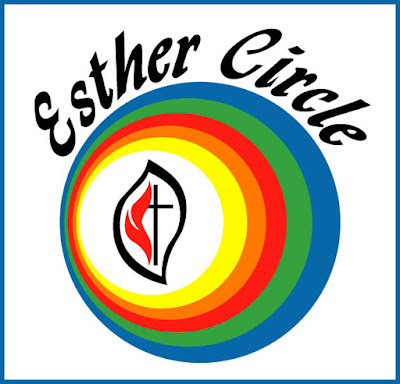 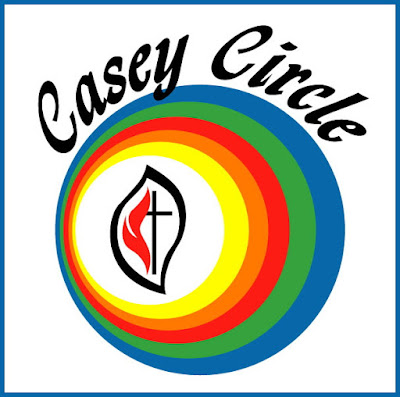 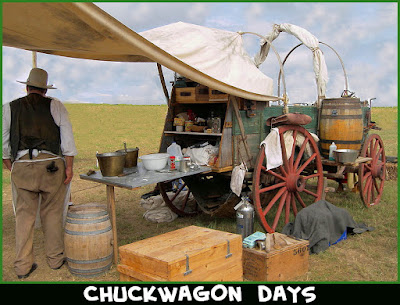 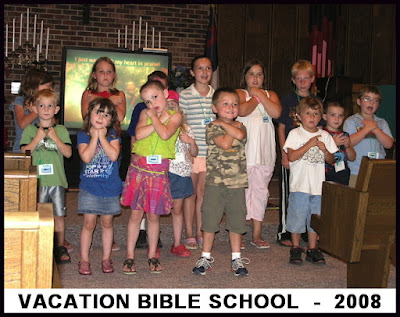 Thank you for your attention to our
church life details this week. We are
very fortunate to have you.