R E M I N D E R S —
May is Asian American-Pacific Islander
Heritage Month, a celebration of Asians
and Pacific Islanders in the United States.
Like most commemorative months,
Asian-Pacific Heritage Month originated
in a congressional bill. In June 1977,
Representatives Frank Horton of New
York and Norman Y. Mineta of California
introduced a House resolution that
called upon the president to proclaim the
first ten days of May as Asian-Pacific
Heritage Week. The following month,
senators Daniel Inouye — 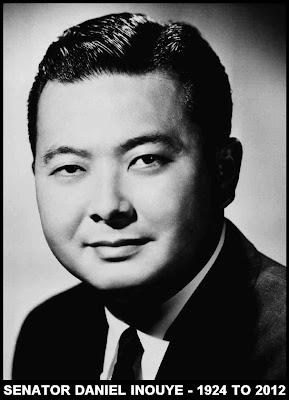 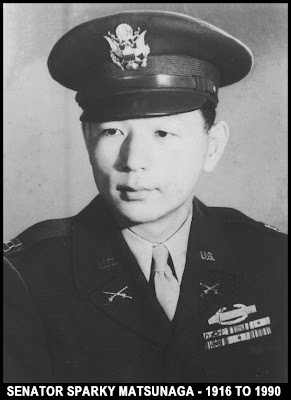 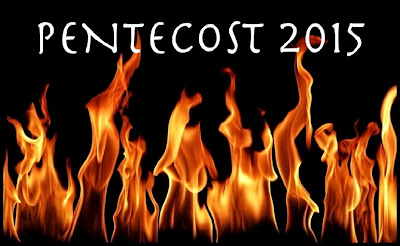 When the day of Pentecost had come,
they were all together in one place. And
suddenly from heaven there came a
sound like the rush of a violent wind,
and it filled the entire house where they
were sitting. Divided tongues, as of fire,
appeared among them, and a tongue
rested on each of them.  All of them
were filled with the Holy Spirit and
began to speak in other languages, as
the Spirit gave them ability. —
(ACTS 2:1-4, NRSV). 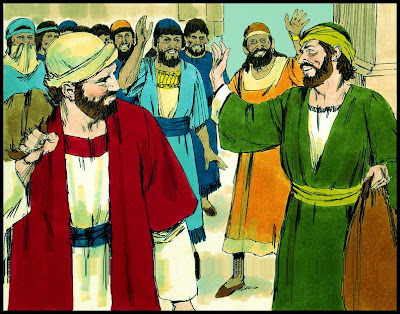 A SOUND LIKE A STRONG WIND
1-4 When the Feast of Pentecost came,
they were all together in one place.
Without warning there was a sound
like a strong wind, gale force—no one
could tell where it came from. It filled
the whole building. Then, like a wildfire,
the Holy Spirit spread through their
ranks, and they started speaking in a
number of different languages as the
Spirit prompted them. 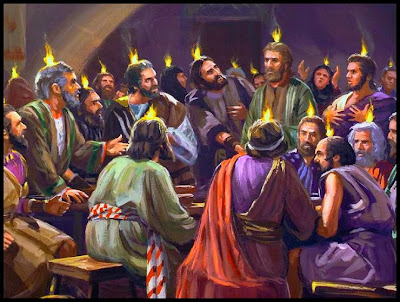 5-11 There were many Jews staying in
Jerusalem just then, devout pilgrims
from all over the world. When they
heard the sound, they came on the run.
Then when they heard, one after
another, their own mother tongues
being spoken, they were thunderstruck.
They couldn’t for the life of them figure
out what was going on, and kept
saying, “Aren’t these all Galileans?
How come we’re hearing them talk in
our various mother tongues?

Parthians, Medes, and Elamites;
Visitors from Mesopotamia, Judea,
and Cappadocia, Pontus and Asia,
Phrygia and Pamphylia, Egypt and
the parts of Libya belonging to
Cyrene;
Immigrants from Rome, both Jews
and proselytes;
Even Cretans and Arabs!

12 Their heads were spinning; they
couldn’t make head or tail of any of it.
They talked back and forth, confused:
“What’s going on here?”
13 Others joked, “They’re drunk on
cheap wine.” 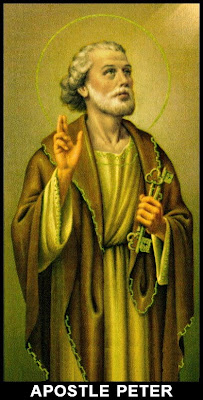 PETER SPEAKS UP
14-21 That’s when Peter stood up and,
backed by the other eleven, spoke out
with bold urgency: “Fellow Jews, all of
you who are visiting Jerusalem, listen
carefully and get this story straight.

These people aren’t drunk as some of
you suspect. They haven’t had time to
get drunk—it’s only nine o’clock in the
morning. This is what the prophet Joel
announced would happen:

“In the Last Days,” God says,
“I will pour out my Spirit
on every kind of people:
Your sons will prophesy,
also your daughters;
Your young men will see visions,
your old men dream dreams.
When the time comes,
I’ll pour out my Spirit
On those who serve me, men and
women both,
and they’ll prophesy.
I’ll set wonders in the sky above
and signs on the earth below,
Blood and fire and billowing smoke,
the sun turning black and the moon
blood-red,
Before the Day of the Lord arrives,
the Day tremendous and marvelous;
And whoever calls out for help
to me, God, will be saved.”
———————————————————
PSALM 104:24-35  UMH 826
THE MESSAGE (MSG)
God sustains all creation. 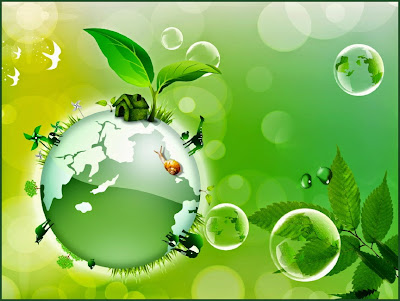 What a wildly wonderful world, God!
You made it all, with Wisdom at your
side,
made earth overflow with your
wonderful creations.
Oh, look—the deep, wide sea,
brimming with fish past counting,
sardines and sharks and salmon.
Ships plow those waters,
and Leviathan, your pet dragon,
romps in them.
All the creatures look expectantly to
you to give them their meals on time.
You come, and they gather around;
you open your hand and they eat
from it.
If you turned your back,
they’d die in a minute—
Take back your Spirit and they die,
revert to original mud;
Send out your Spirit and they spring
to life—
the whole countryside in bloom and
blossom.

31-32 The glory of God—let it last
forever!
Let God enjoy his creation!
He takes one look at earth and triggers
an earthquake,
points a finger at the mountains, and
volcanoes erupt.

33-35 Oh, let me sing to God all my life
long,
sing hymns to my God as long as I
live!
Oh, let my song please him;
I’m so pleased to be singing to God.
But clear the ground of sinners—
no more godless men and women!

O my soul, bless God!
———————————————————
ROMANS 8:22-27
THE MESSAGE (MSG)
All creation has been waiting for us who have the first fruits of the Spirit, the same Spirit who helps us pray when all we have may be sighs and groans.
22-25 All around us we observe a
pregnant creation. The difficult times of
pain throughout the world are simply
birth pangs. But it’s not only around us;
it’s within us. The Spirit of God is
arousing us within. We’re also feeling
the birth pangs. These sterile and barren
bodies of ours are yearning for full
deliverance. That is why waiting does
not diminish us, any more than waiting
diminishes a pregnant mother. We are
enlarged in the waiting. We, of course,
don’t see what is enlarging us. But the
longer we wait, the larger we become,
and the more joyful our expectancy.
26-28 Meanwhile, the moment we get
tired in the waiting, God’s Spirit is right
alongside helping us along. If we don’t
know how or what to pray, it doesn’t
matter. He does our praying in and for
us, making prayer out of our wordless
sighs, our aching groans. He knows us
far better than we know ourselves,
knows our pregnant condition, and
keeps us present before God. That’s
why we can be so sure that every detail
in our lives of love for God is worked
into something good.
———————————————————
JOHN 15:26-27; 16:4-15
THE MESSAGE (MSG)
Jesus teaches what the Spirit will do: teach, reveal truth and falsehood, sin and righteousness, and continue to lead the followers of Jesus into all truth
26-27 “When the Friend I plan to send
you from the Father comes—the Spirit
of Truth issuing from the Father—he will
confirm everything about me. You, too,
from your side must give your
confirming evidence, since you are in
this with me from the start.”
16 1-4 “I’ve told you these things to
prepare you for rough times ahead.
They are going to throw you out of the
meeting places. There will even come
a time when anyone who kills you will
think he’s doing God a favor. They will
do these things because they never
really understood the Father. I’ve told
you these things so that when the time
comes and they start in on you, you’ll
be well-warned and ready for them.

THE FRIEND WILL COME
4-7 “I didn’t tell you this earlier because
I was with you every day. But now I am
on my way to the One who sent me. Not
one of you has asked, ‘Where are you
going?’ Instead, the longer I’ve talked,
the sadder you’ve become. So let me
say it again, this truth: It’s better for
you that I leave. If I don’t leave, the
Friend won’t come. But if I go, I’ll send
him to you.
8-11 “When he comes, he’ll expose the
error of the godless world’s view of sin,
righteousness, and judgment: He’ll
show them that their refusal to believe
in me is their basic sin; that righteous-
ness comes from above, where I am
with the Father, out of their sight and
control; that judgment takes place as
the ruler of this godless world is
brought to trial and convicted.
12-15 “I still have many things to tell
you, but you can’t handle them now.
But when the Friend comes, the Spirit
of the Truth, he will take you by the
hand and guide you into all the truth
there is. He won’t draw attention to
himself, but will make sense out of
what is about to happen and, indeed,
out of all that I have done and said. He
will honor me; he will take from me and
deliver it to you. Everything the Father
has is also mine. That is why I’ve said,
‘He takes from me and delivers to you.’
———————————————————
• 1624 - After years of unprofitable
operation Virginia’s charter is revoked
and it became a royal colony.
• 1738 - The Methodist Church was
established.
• 1764 - Boston lawyer James Otis
denounced "taxation without
representation" and called for the
colonies to unite in demonstrating their
opposition to England’s new tax
measures.
• 1830 - The first passenger railroad
service in the U.S. began service.
• 1859 - Charles Gounod's "Ave Maria"
was performed by Madame Caroline
Miolan-Carvalho for the first time in
public.
• 1863 - Bushwackers led by Captain
William Marchbanks attacked a U.S.
Federal militia party in Nevada, Missouri.
• 1883 - After 14 years of construction
the Brooklyn Bridge is open to traffic.
• 1961 - The Freedom Riders were
arrested in Jackson, Mississippi.
• 1994 - Four men convicted of bombing
the New York's World Trade Center were
each sentenced to 240 years in prison.
• 2001 - Temba Tsheri, 15, became the
youngest person to reach the summit of
Mount Everest.
≈≈≈≈≈≈≈≈≈≈≈≈≈≈≈≈≈≈≈≈≈≈≈≈≈≈≈≈≈≈≈≈≈≈≈
MONDAY, MAY 25TH —
— THIS IS MEMORIAL DAY — 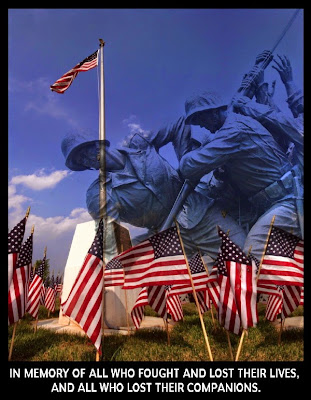 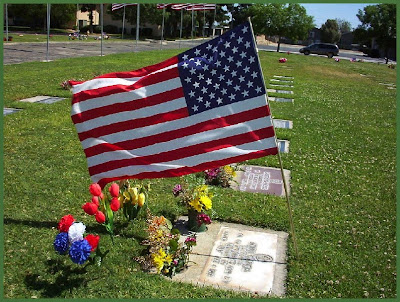 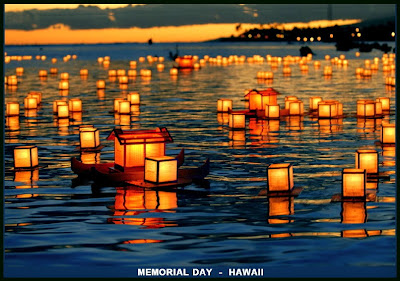 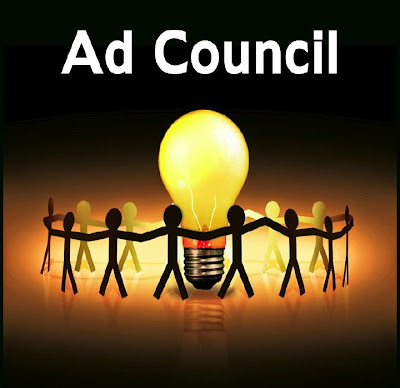 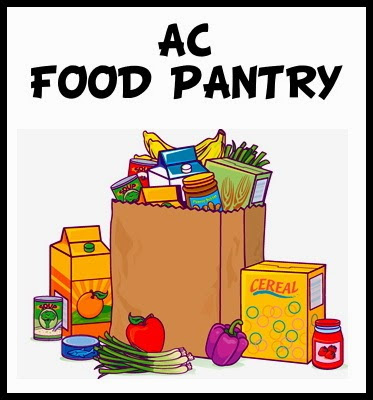