R E M I N D E R S —
May is Asian American-Pacific Islander
Heritage Month, a celebration of Asians
and Pacific Islanders who live in the
United States.  Some famous ones are: 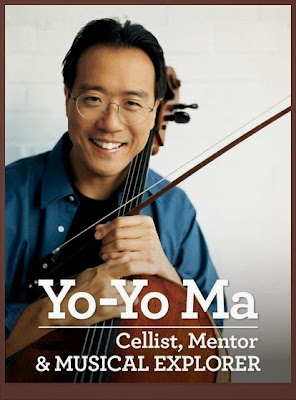 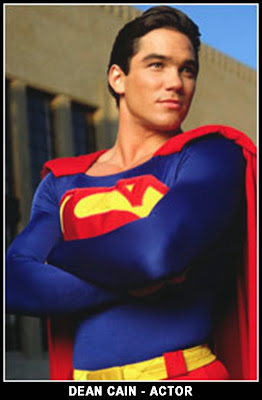 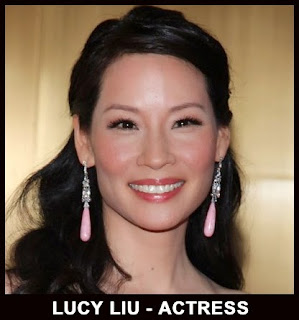 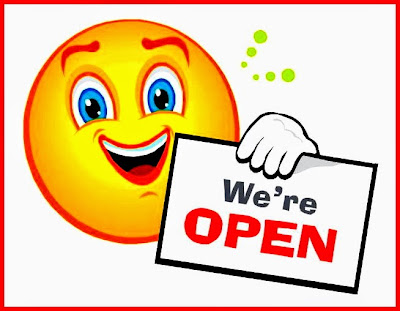 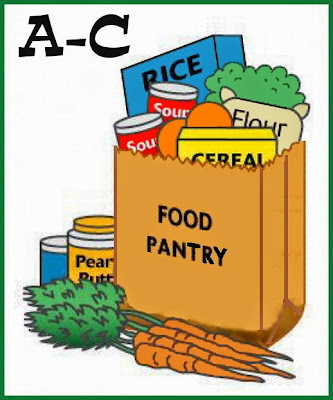 THIS IS ASCENSION SUNDAY
Before, Methodists celebrated
Ascension during the week. Now they
choose to transfer the celebration to the
following Sunday. (today)
COLOR: WHITE OR GOLD 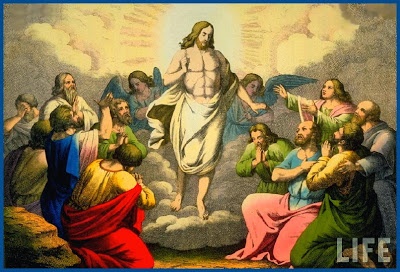 As they were watching, he was lifted up, and a cloud took him out of their sight. While he was going, they gazed uptoward heaven, and suddenly two men in white robes stood by them. They said, "Men of Galilee, why do you stand looking up toward heaven? This Jesus, who has been taken up from you into heaven, will come in the same way as you saw him go into heaven."  (Acts 1:9-11, NRSV).
———————————————————
SCRIPTURE READINGS —
———————————————————
ACTS 1:1-11
THE MESSAGE (MSG)
Before Jesus ascends into heaven, he twice directs his disciples to stop focusing on earthly kingdoms and glory to focus instead on the Spirit— 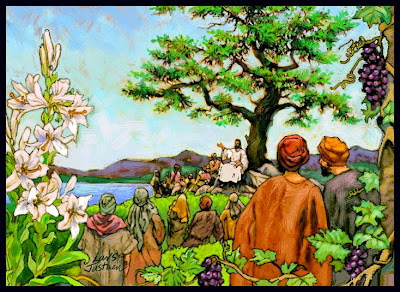 empowered mission (and the coming of the same Spirit) that lay before them — to be witnesses in all the world.
When the angels "interrupt" their
wondering gaze, they also (a third time)
redirect disciples to continue in this
mission by waiting for the coming of
the Spirit in Jerusalem.  About 120
disciples of Jesus have gathered
during the days between his Ascension
and Pentecost.
TO THE ENDS OF THE WORLD
1-5 Dear Theophilus, in the first volume
of this book I wrote on everything that
Jesus began to do and teach until the
day he said good-bye to the apostles,
the ones he had chosen through the
Holy Spirit, and was taken up to heaven.
After his death, he presented himself
alive to them in many different settings
over a period of forty days. In face-to-
face meetings, he talked to them about
things concerning the kingdom of God.
As they met and ate meals together, he
told them that they were on no account
to leave Jerusalem but “must wait for
what the Father promised: the promise
you heard from me. John baptized in
water; you will be baptized in the Holy
Spirit. And soon.”
6 When they were together for the last
time they asked, “Master, are you going
to restore the kingdom to Israel now? Is
this the time?”
7-8 He told them,“You don’t get to know
the time. Timing is the Father’s business.
What you’ll get is the Holy Spirit. And
when the Holy Spirit comes on you, you
will be able to be my witnesses in
Jerusalem, all over Judea and Samaria,
even to the ends of the world.”
9-11 These were his last words. As they
watched, he was taken up and
disappeared in a cloud. They stood
there, staring into the empty sky.
Suddenly two men appeared—in white
robes! They said, “You Galileans!—why
do you just stand here looking up at an
empty sky? This very Jesus who was
taken up from among you to heaven will
come as certainly—and mysteriously—
as he left.”
———————————————————
PSALM 47  (UMH 781)
THE MESSAGE (MSG)
This is an enthronement psalm which celebrates God's kingship.
A PSALM OF THE SONS OF KORAH
1-9 Applause, everyone. Bravo,
bravissimo!
Shout God-songs at the top of your
lungs! 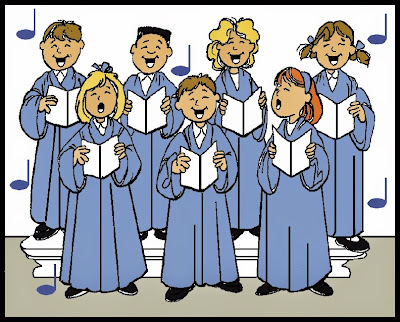 God Most High is stunning,
astride land and ocean.
He crushes hostile people,
puts nations at our feet.
He set us at the head of the line,
prize-winning Jacob, his favorite.
Loud cheers as God climbs the
mountain,
a ram’s horn blast at the summit.
Sing songs to God, sing out!
Sing to our King, sing praise!
He’s Lord over earth,
so sing your best songs to God.
God is Lord of godless nations—
sovereign, he’s King of the mountain.
Princes from all over are gathered,
people of Abraham’s God.
The powers of earth are God’s—
he soars over all.
———————————————————
EPHESIANS 1:15-23
THE MESSAGE (MSG)
Paul encourages churches connected with the congregations at Ephesus to remember the fullness of who they now are because of what God has done for them in Jesus Christ; risen, ascended to the right hand of all power and reigning in, through and beyond thechurch. 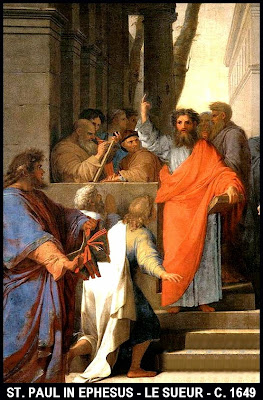 15-19 That’s why, when I heard of the
solid trust you have in the Master Jesus
and your outpouring of love to all the
followers of Jesus, I couldn’t stop
thanking God for you—every time I
prayed, I’d think of you and give thanks.
But I do more than thank. I ask—ask the
God of our Master, Jesus Christ, the
God of glory—to make you intelligent
and discerning in knowing him
personally, your eyes focused and clear,
so that you can see exactly what it is he
is calling you to do, grasp the immensity
of this glorious way of life he has for his
followers, oh, the utter extravagance of
his work in us who trust him—endless
energy, boundless strength!
20-23 All this energy issues from Christ:
God raised him from death and set him
on a throne in deep heaven, in charge of
running the universe, everything from
galaxies to governments, no name and
no power exempt from his rule. And not
just for the time being, but forever. He is
in charge of it all, has the final word on
everything. At the center of all this,
Christ rules the church. The church, you
see, is not peripheral to the world; the
world is peripheral to the church. The
church is Christ’s body, in which he speaks
and acts, by which he fills everything with
his presence.
———————————————————
LUKE 24:44-53
THE MESSAGE (MSG)
We heard this story a few weeks ago as we focused on repentance. Today we hear it focusing on the ascension and mission. "Power from on high" will come to the apostles to empower a ministry of proclamation of repentance and forgiveness to the whole world.
YOU’RE THE WITNESSES
44 Then he said, “Everything I told you
while I was with you comes to this: All
the things written about me in the Law
of Moses, in the Prophets, and in the
Psalms have to be fulfilled.”
45-49 He went on to open their under-
standing of the Word of God, showing
them how to read their Bibles this way.
He said, “You can see now how it is
written that the Messiah suffers, rises
from the dead on the third day, and then
a total life-change through the forgive-
ness of sins is proclaimed in his name
to all nations—starting from here, from
Jerusalem! You’re the first to hear and
see it. You’re the witnesses. What
comes next is very important: I am
sending what my Father promised to
you, so stay here in the city until he
arrives, until you’re equipped with
power from on high.”
50-51 He then led them out of the city
over to Bethany. Raising his hands he
blessed them, and while blessing them,
took his leave, being carried up to
heaven.
52-53 And they were on their knees,
worshiping him. They returned to
Jerusalem bursting with joy. They spent
all their time in the Temple praising God.
Yes.
———————————————————
• 1792 - The New York Stock Exchange
was founded at 70 Wall Street by 24
brokers.
• 1814 - Denmark ceded Norway to
Sweden. Norway's constitution was
signed.
• 1875 - The first Kentucky Derby was
run at Louisville, KY.
• 1881 - Frederick Douglass was
appointed recorder of deeds for
Washington, DC.
• 1932 - The U.S. Congress changed the
name "Porto Rico" to "Puerto Rico."
• 1940 - Germany occupied Brussels,
Belgium and began the invasion of
France.
• 1948 - The Soviet Union recognized the
new state of Israel.
• 1954 - The U.S. Supreme Court
unanimously ruled for school integration
in Brown vs. Board of Education of
Topeka, KS. The ruling declared that
racially segregated schools are
inherently unequal.
• 1980 - Rioting erupted in Miami's
Liberty City neighborhood after an all
white jury in Tampa acquitted four
former Miami police officers of fatally
beating black insurance executive
Arthur McDuffie. Eight people were
killed in the rioting.
• 2000 - Austria, the U.S. and six other
countries agreed on the broad outline of
a plan that would compensate Nazi-Era
forced labor.
• 2007 - Trains crossed the border
dividing North and South Korea for the
first time since 1953.
≈≈≈≈≈≈≈≈≈≈≈≈≈≈≈≈≈≈≈≈≈≈≈≈≈≈≈≈≈≈≈≈≈≈≈
MONDAY, MAY 18TH —
Pastor Melodee is taking vacation thru
May 25th.  In an emergency please call
Bill Umbaugh or Forrest Schnobrich.
———————————————————
Happy Birthday Mike Noland!
OFFICE IS CLOSED TODAY.
———————————————————
• 1642 - Montreal, Canada, was founded.
• 1652 - In Rhode Island, a law was
passed that made slavery illegal in North
America. It was the first law of its kind.
• 1792 - Russian troops invaded Poland.
• 1804 - Napoleon Bonaparte was
declared emperor by the French Senate.
• 1896 - The U.S. Supreme court upheld
the "separate but equal" policy in the
Plessy vs. Ferguson decision. The ruling
was overturned 58 years later with the
Brown vs. Board of Education decision.
• 1933 - The Tennessee Valley Authority
was created under President Franklin D.
Roosevelt.  It provided navigation, flood
control, electricity generation, fertilizer
manufacturing, and general economic
development in the Tennessee Valley, a
region particularly hard hit by the Great
Depression.
• 1980 - Mt. Saint Helens erupted in the
state of Washington. 57 people were
killed and $3 billion in damage done.
• 1998 - The U.S. federal government +
20 states filed a sweeping antitrust case
against Microsoft Corp., saying the
computer software company had a
"choke hold" on competition which
denied consumer choices by controlling
90% of the software market.
≈≈≈≈≈≈≈≈≈≈≈≈≈≈≈≈≈≈≈≈≈≈≈≈≈≈≈≈≈≈≈≈≈≈≈
TUESDAY, MAY 19TH —
OFFICE OPEN FROM 9 A.M. TIL NOON
———————————————————
• 1536 - Anne Boleyn, the second wife of
England's King Henry VIII, was beheaded
after she was convicted of adultery.
• 1568 - After being defeated by the
Protestants, Mary the Queen of Scots,
fled to England and was imprisoned by
Queen Elizabeth.
• 1643 - Delegates of four New England
colonies met in Boston to form a
confederation.
• 1856 - U.S. Senator Charles Sumner
spoke out against slavery.
• 1935 - T.E. Lawrence "Lawrence of
Arabia" died of injuries in a motorcycle
crash in England.
• 1974 - Erno Rubik invented the puzzle
what would later become known as the
Rubik's Cube.
• 1992 - The 27th Amendment to the U.S.
Constitution went into effect. This
amendment prohibits Congress from
giving itself midterm pay raises.
• 2003 - Hundreds of Albert Einstein's
scientific papers, personal letters and
humanist essays were make available
on the Internet. Einstein had given the
papers to the Hebrew Universtiy of
Jerusalem in his will.
≈≈≈≈≈≈≈≈≈≈≈≈≈≈≈≈≈≈≈≈≈≈≈≈≈≈≈≈≈≈≈≈≈≈≈
WEDNESDAY, MAY 20TH —
OFFICE OPEN FROM 9 A.M. TIL NOON
• DORCAS-RUTH SPECIAL OUTING 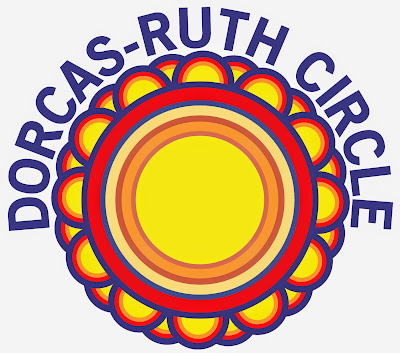 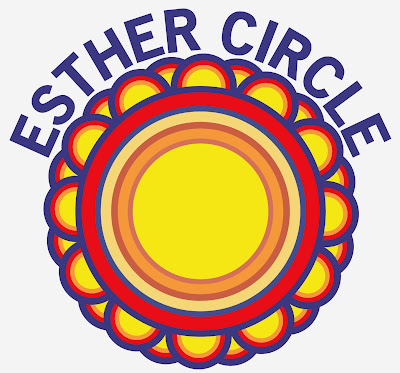 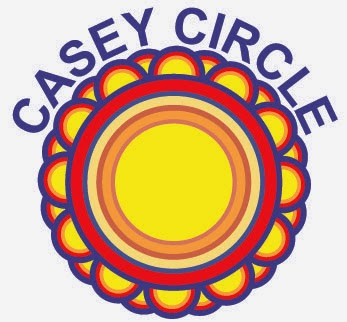 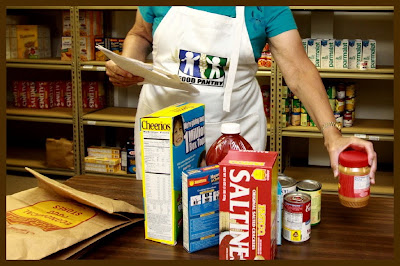 Thank you for your contributions this
week - both muscular and monetary.
It is all very much appreciated.