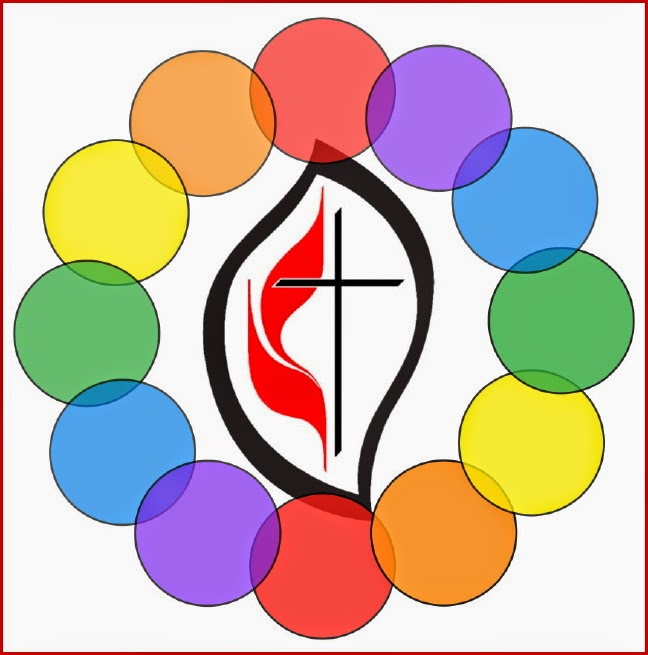 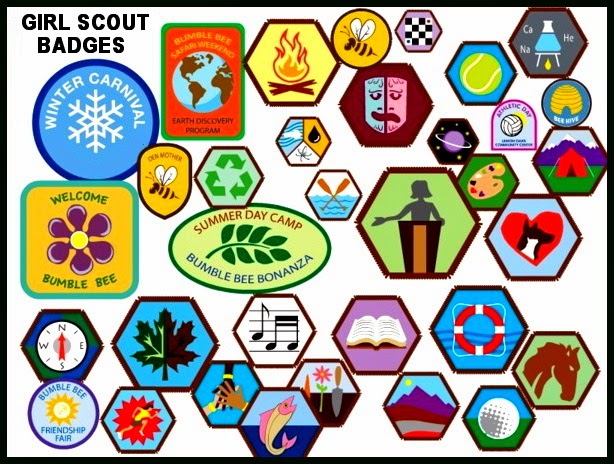 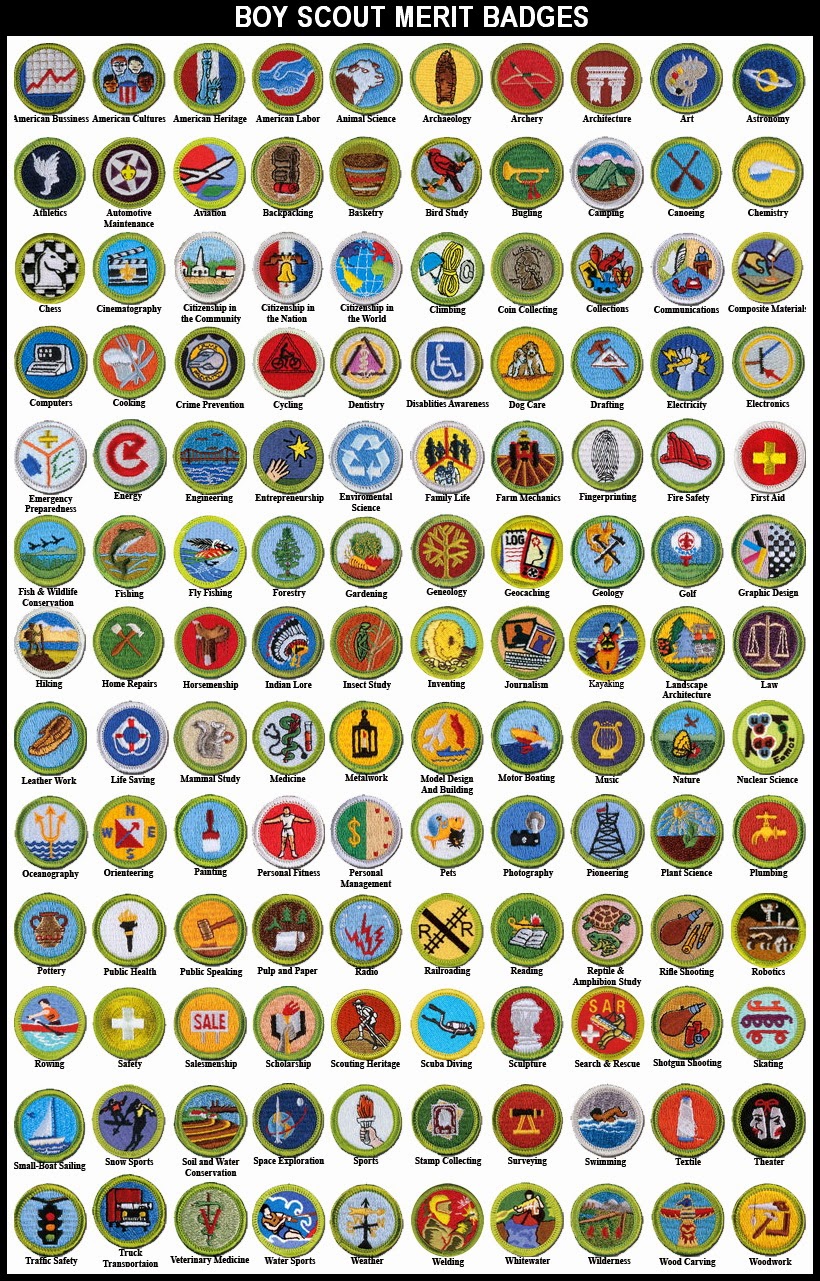 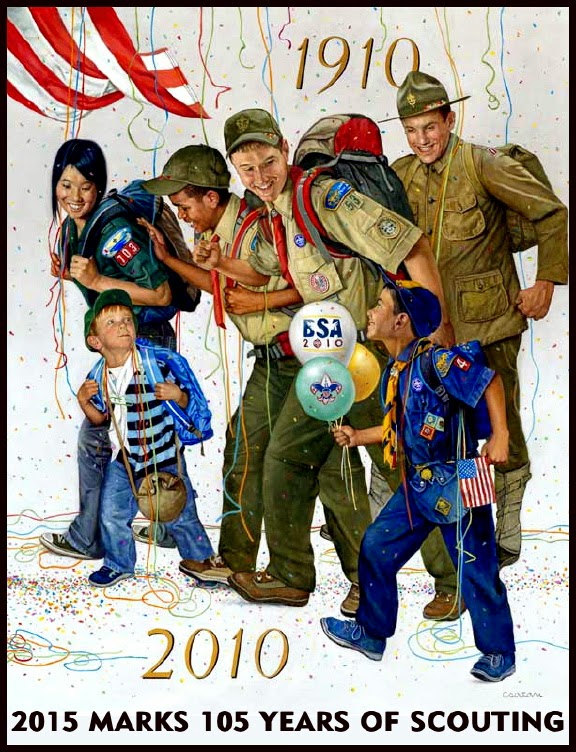 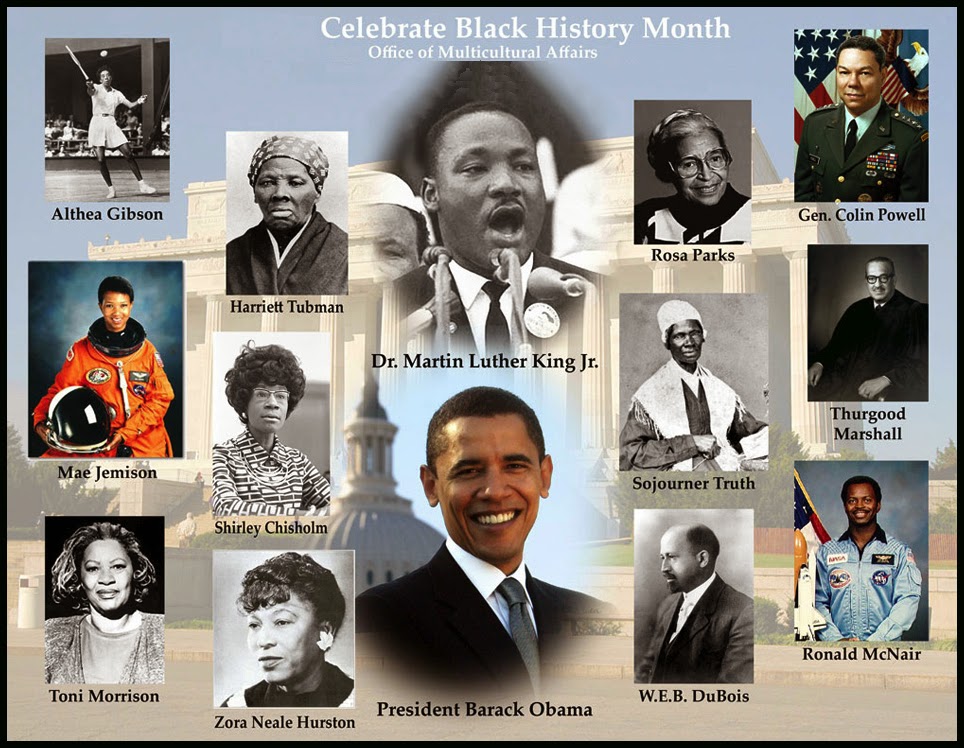 The precursor to Black History Month
was created in 1926 in the United States,
when historian Carter G. Woodson and
the “Association for the Study of Negro
Life and History” announced the second
week of February to be "Negro History
Week." This week was chosen because
it coincided with the birthday of Abraham
Lincoln on February 12 and of  Frederick
Douglass on February 14, both of which
Black communities had celebrated since
the late 19th century. 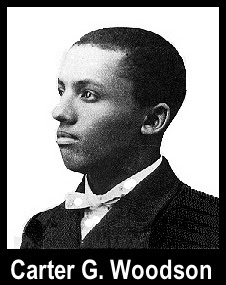 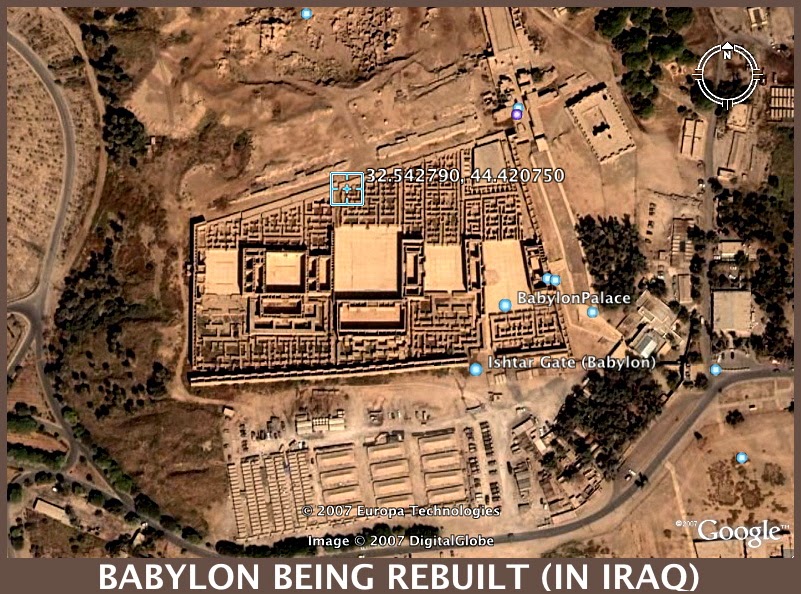 21-24 Have you not been paying
attention?
Have you not been listening?
Haven’t you heard these stories all your
life?
Don’t you understand the foundation
of all things?
God sits high above the round ball of
earth.
The people look like mere ants.
He stretches out the skies like a canvas-
yes, like a tent canvas to live under.
He ignores what all the princes say and
do.
The rulers of the earth count for
nothing.
Princes and rulers don’t amount to
much.
Like seeds barely rooted, just
sprouted,
They shrivel when God blows on them.
Like flecks of chaff, they’re gone with
the wind.
25-26 “So—who is like me?
Who holds a candle to me?” says
The Holy.
Look at the night skies:
Who do you think made all this?
Who marches this army of stars out
each night,
counts them off, calls each by name
—so magnificent! so powerful!—
and never overlooks a single one?
27-31 Why would you ever complain, O
Jacob,
or, whine, Israel, saying,
“God has lost track of me.
He doesn’t care what happens to me”?
Don’t you know anything? Haven’t you
been listening?
God doesn’t come and go. God lasts.
He’s Creator of all you can see or
imagine.
He doesn’t get tired out, doesn’t pause
to catch his breath.
And he knows everything, inside and
out.
He energizes those who get tired,
gives fresh strength to dropouts.
For even young people tire and drop out,
young folk in their prime stumble and
fall.
But those who wait upon God get fresh
strength.
They spread their wings and soar like
eagles,
They run and don’t get tired,
they walk and don’t lag behind.
———————————————————
PSALM 147:1-11, 20 (UMH 859)
THE MESSAGE (MSG)
A continuation of a prophecy to Judean exiles in Babylon that God is sovereign in all the earth.Hallelujah!It’s a good thing to sing praise to our God;    praise is beautiful, praise is fitting.
2-6 God’s the one who rebuilds
Jerusalem,
who regathers Israel’s scattered
exiles.
He heals the heartbroken
and bandages their wounds.
He counts the stars
and assigns each a name.
Our Lord is great, with limitless
strength;
we’ll never comprehend what he
knows and does.
God puts the fallen on their feet again
and pushes the wicked into the ditch.
7-11 Sing to God a thanksgiving hymn,
play music on your instruments to
God,
Who fills the sky with clouds,
preparing rain for the earth,
Then turning the mountains green with
grass,
feeding both cattle and crows.
He’s not impressed with horsepower;
the size of our muscles means little
to him.
Those who fear God get God’s attention;
they can depend on his strength.
19-20 He speaks the same way to Jacob,
speaks words that work to Israel.
He never did this to the other nations;
they never heard such commands.
Hallelujah!
———————————————————
1 CORINTHIANS 9:16-23
THE MESSAGE (MSG)
Paul writes that he "can't not" share the gospel, and so has no basis to boast about his commitment to his ministry. He describes strategy of "identification" with others, of coming alongside them and seeking to connect with them as they are.
15-18 Still, I want it made clear that I’ve
never gotten anything out of this for
myself, and that I’m not writing now to
get something. I’d rather die than give
anyone ammunition to discredit me or
impugn my motives. If I proclaim the
Message, it’s not to get something out
of it for myself. I’m compelled to do it,
and doomed if I don’t! If this was my
own idea of just another way to make a
living, I’d expect some pay. But since
it’s not my idea but something solemnly
entrusted to me, why would I expect to
get paid? So am I getting anything out
of it? Yes, as a matter of fact: the
pleasure of proclaiming the Message
at no cost to you. You don’t even have
to pay my expenses!
19-23 Even though I am free of the
demands and expectations of everyone,
I have voluntarily become a servant to
any and all in order to reach a wide
range of people: religious, nonreligious,
meticulous moralists, loose-living
immoralists, the defeated, the
demoralized—whoever. I didn’t take on
their way of life. I kept my bearings in
Christ—but I entered their world and
tried to experience things from their
point of view. I’ve become just about
every sort of servant there is in my
attempts to lead those I meet into a God
saved life. I did all this because of the
Message. I didn’t just want to talk about
it; I wanted to be in on it!
———————————————————
MARK 1:29-39
THE MESSAGE (MSG)
Mark recounts, in almost breathless fashion, Jesus' intensive ministry of healing and exorcism in Capernaum, his withdrawal for prayer, and his own determination to move out into the other Galilean villages to proclaim a nearness of the kingdom of God (Mark 1:14-15)
29-31 Directly on leaving the meeting
place, they came to Simon and
Andrew’s house, accompanied by James
and John. Simon’s mother-in-law was
sick in bed, burning up with fever. They
told Jesus. He went to her, took her
hand, and raised her up. No sooner had
the fever left than she was up fixing
dinner for them.

32-34 That evening, after the sun was
down, they brought sick and evil
afflicted people to him, the whole city
lined up at his door! He cured their sick
bodies and tormented spirits. Because
the demons knew his true identity, he
didn’t let them say a word.

THE LEPERS
35-37 While it was still night, way before
dawn, he got up and went out to a
secluded spot and prayed. Simon and
those with him went looking for him.
They found him and said, “Everybody’s
looking for you.”
38-39 Jesus said, “Let’s go to the rest of
the villages so I can preach there also.
This is why I’ve come.” He went to their
meeting places all through Galilee,
preaching and throwing out the demons.
———————————————————
• 1693 - A charter was granted for the
College of William and Mary in
Williamsburg, Virginia.
• 1861 - The Confederate States of
America was formed.
• 1861 - A Cheyenne delegation and
some Arapaho leaders accepted a new
settlement (Treaty of Fort Wise) with
the U.S. Federal government. The deal
ceded most of their land but secured a
600 square mile reservation and annuity
payments.
• 1896 - The Western Conference was
formed by representatives of Mid-
western universities.  The group
changed its name to Big 10 Conference.
• 1910 - William D. Boyce incorporated
the Boy Scouts of America.
• 1922 - The White House began using
radio transmissions after U.S. President
Harding had it installed.
• 1952 - Queen Elizabeth II ascended to
the British throne. Her father, George VI,
had died on February 6.
• 1963 - The Kennedy administration
prohibited travel to Cuba and made
financial and commercial transactions
with Cuba illegal for U.S. citizens.
• 1963 - Lamar Hunt, owner of the
American Football League franchise in
Dallas, TX, moved the operation to
Kansas City. The new team was named
the Chiefs.
≈≈≈≈≈≈≈≈≈≈≈≈≈≈≈≈≈≈≈≈≈≈≈≈≈≈≈≈≈≈≈≈≈≈≈
MONDAY, FEBRUARY 9TH —
OFFICE IS CLOSED TODAY.
The Telephone Company has the
Fellowship Hall rented this evening in
Casey U.M.C.

• Pastor Melodee was on vacation last
week, through today, Monday, Feb. 9th.
Hope you had a great time, Pastor!
———————————————————
• 1825 - The United States House of
Representatives elected John Quincy
Adams president because no candidate
had gotten a majority of electoral votes.
• 1861 - The Provisional Congress of the
Confederate States of America elected
Jefferson Davis as its president.
• 1870 - United States Weather Bureau
was authorized by Congress. The
bureau is officially known as the
National
Weather Service (NWS).
• 1885 - The first Japanese arrived in
Hawaii.
• 1909 - The first forestry school was
opened in Kent, Ohio.
• 1942 - Daylight-saving Time also called
"War Time" went into effect in the U.S.
• 1950 - U.S. Senator Joseph McCarthy
charged that the State Department was
riddled with Communists. This was the
beginning of "McCarthyism."
• 1969 - Boeing 747 flew its inaugural
flight.
• 1971 - The San Fernando Valley had
the Sylmar earthquake that registered
6.4 on the Richter Scale.
≈≈≈≈≈≈≈≈≈≈≈≈≈≈≈≈≈≈≈≈≈≈≈≈≈≈≈≈≈≈≈≈≈≈≈
TUESDAY, FEBRUARY 10TH —
———————————————————
• 1840-England's Queen Victoria married
Prince Albert.
• 1870 - The city of Anaheim, California
was incorporated.
• 1870 - The YWCA was founded in New
York City.
• 1962 - The Soviet Union exchanged
captured American U2 pilot Francis
Gary Powers for the Soviet spy Rudolph
Ivanovich Abel being held by the U.S.
• 1967 - The 25th Amendment to the U.S.
Constitution was ratified. The
amendment required the appointment of
a vice-president when the office became
vacant and instituted new measures in
the event of presidential disability.
• 1990 - South African President F.W. de
Klerk announced that black activist
Nelson Mandela would be released the
next day after 27 years in prison.
• 1999 - Avalanches killed at least ten
people as they roared down the French
Alps 30 miles from Geneva, Switzerland.
• 2009 - A Russian and an American
satellite collided over Siberia.
≈≈≈≈≈≈≈≈≈≈≈≈≈≈≈≈≈≈≈≈≈≈≈≈≈≈≈≈≈≈≈≈≈≈≈
WEDNESDAY, FEBRUARY 11TH —
Happy Birthday Dwayne Thayer! 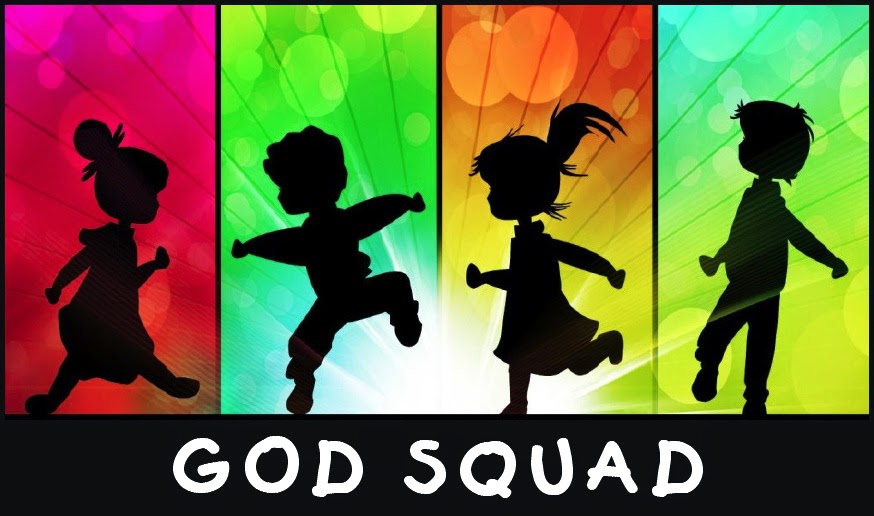 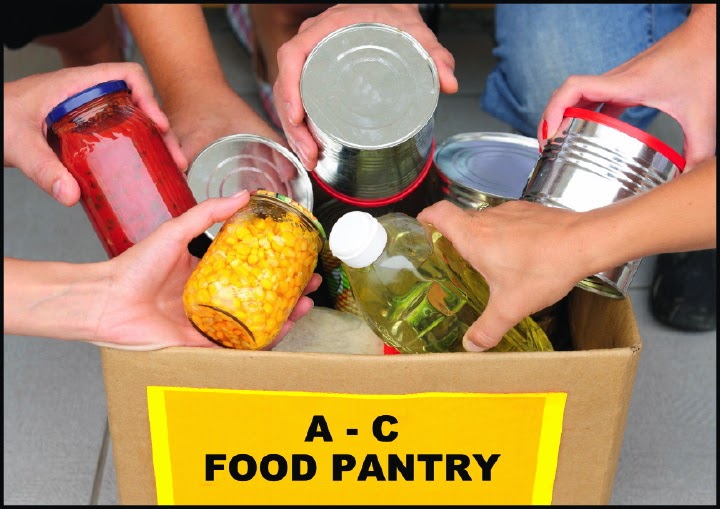 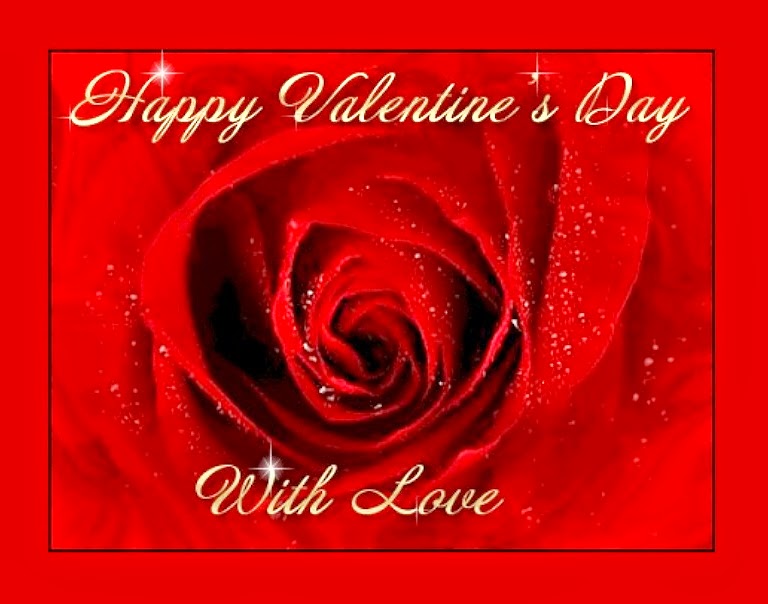 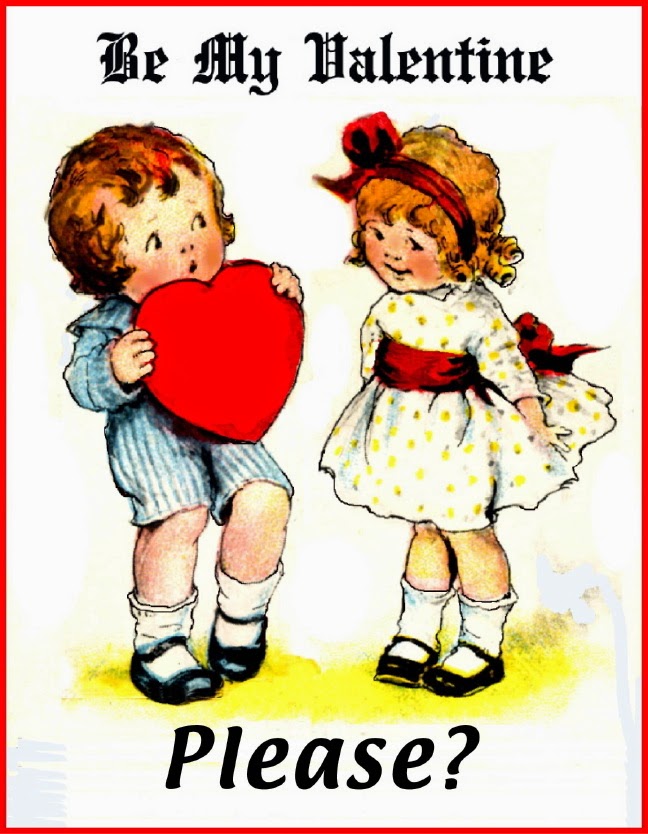 Thank you for your kind cooperation
this week.  The weather was difficult,
but we know how hard you tried to
make our events happen.  You must
stay safe in the snow and the cold
wind – so we have you for other
events.  Promise?