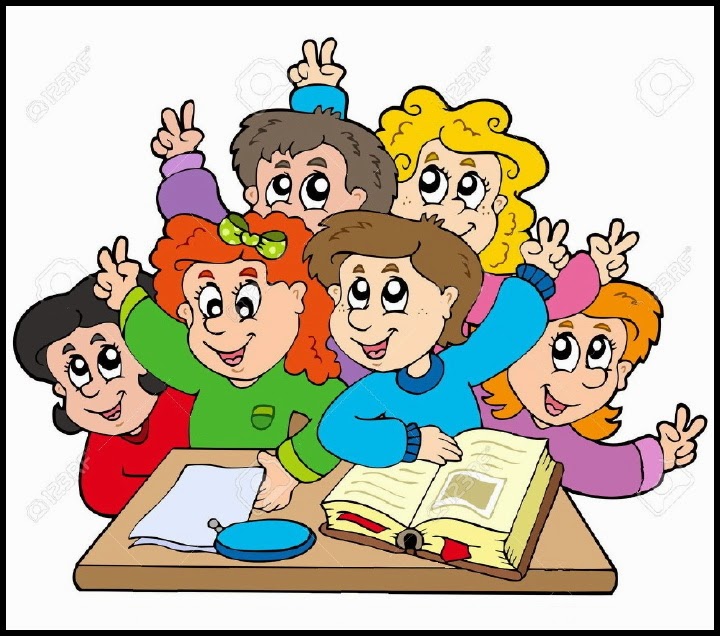 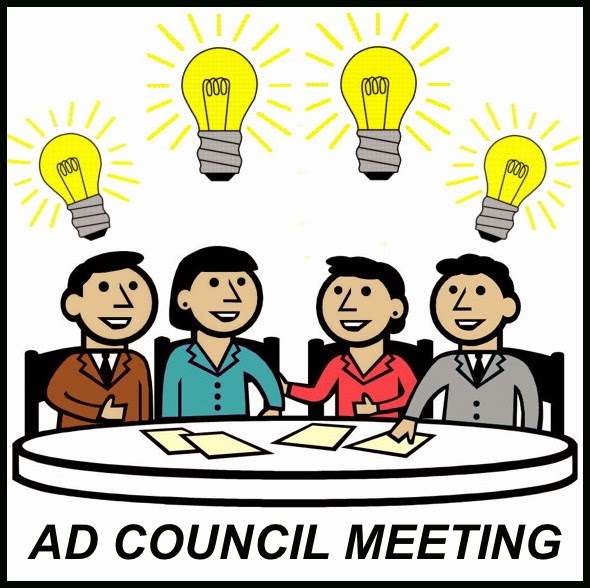 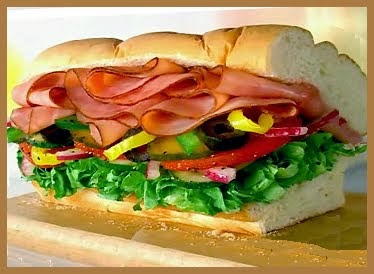 Folks will be preparing Sub sandwiches
for your enjoyment today.
Don't forget to pick up your Subs
after services today in Casey —— from
12 P.M. TO 1 P.M.

FEBRUARY IS BLACK HISTORY MONTH
• Black History Month is an annual
celebration of the achievements by
black Americans and a time for
recognizing the central role of African
Americans in U.S. history. After the
Civil War, the thirteenth amendment
was passed, which abolished slavery
in the United States, the roll of African
Americans changed drastically. It was
a slow change, not without distress.
Black History Month gives us an
opportunity to honor the too-often
neglected accomplishments of black
Americans in every area of endeavor
throughout American history.
There are hundreds of people we may
salute. Here are just a couple:
• ROSA PARKS

Her book "QUIET STRENGTH" sounds
soft and muted and unobtrusive, but
indeed it is not. If you read it, there are
some difficult passages to weather.
FROM FIRST PAGE:
"As a child, I learned from the Bible to
trust in God and to not be afraid. I have
always felt comforted by reading the
Psalms, especially Psalms 23 and
Psalms 27. My grandfather also
influenced me to not be afraid. A very
proud man, he was never fearful when
it came to defending his family.  In
those days, fear was very real for all
black people." 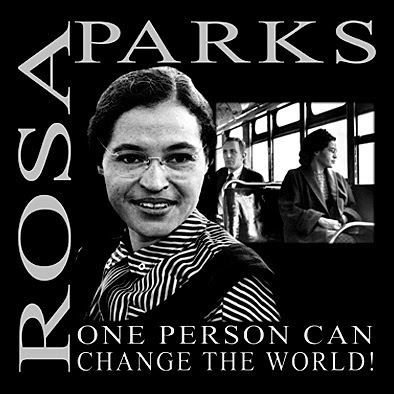 This is Rosa trying to sit in the front
seat of a city bus.
FREDRICK DOUGLASS
Born Frederick Augustus Washington
Bailey, c. February 1818. 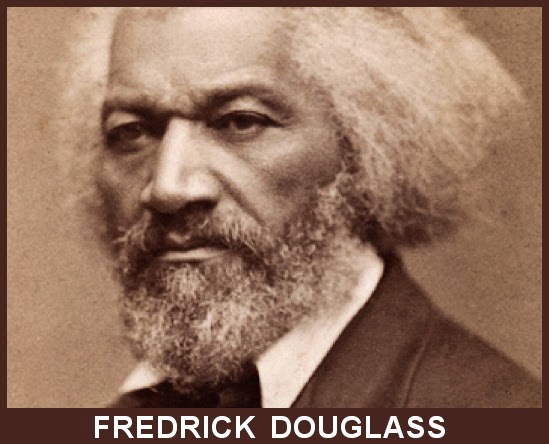 He was an African-American social
reformer, orator, writer, and statesman.
After escaping from slavery, he became
a leader of the abolitionist movement,
gaining note for his dazzling oratory
and incisive antislavery writing. He
stood as a living counter-example to
slaveholders' arguments that slaves
lacked the intellectual capacity to
function as independent American
citizens. Many Northerners could not
believe that such a great orator had
been born a slave.

Douglass wrote many autobiographies
and they indicate he was very frustrated
and had a very rough time. He described
his experiences as a slave in his 1845
autobiography, “Narrative of the Life
of Frederick Douglass, an American
Slave”, which became a bestseller and
influential in supporting abolition, as
did the second, “My Bondage and My
Freedom” (1855).
After the Civil War, Douglass remained
an active campaigner against slavery
and wrote his last autobiography, “Life
and Times of Frederick Douglass”. First
published in 1881 and revised in 1892,
three years before his death, it covered
events through and after the Civil War.
———————————————————
SCRIPTURE READINGS —
———————————————————
DEUTERONOMY 18:15-20
THE MESSAGE (MSG)
People are afraid to hear God's voice directly. God promises to raise up a future prophet, like Moses, to continue speaking to them. The people will be accountable for what the prophet tells them. And the prophet must speak only God's word, or die.
15-16 God, your God, is going to raise
up a prophet for you. God will raise
him up from among your kinsmen, a
prophet like me. Listen obediently to
him. This is what you asked God, your
God, for at Horeb on the day you were
all gathered at the mountain and said,
“We can’t hear any more from God, our
God; we can’t stand seeing any more
fire. We’ll die!”
17-19 And God said to me, “They’re right;
they’ve spoken the truth. I’ll raise up for
them a prophet like you from their
kinsmen. I’ll tell him what to say and he
will pass on to them everything I
command him. And anyone who won’t
listen to my words spoken by him, I will
personally hold responsible.
20 “But any prophet who fakes it, who
claims to speak in my name something
I haven’t commanded him to say, or
speaks in the name of other gods, that
prophet must die.”
———————————————————
PSALM 111  (UMH 833)
THE MESSAGE (MSG)
Praise to God for fulfilling promises of deliverance, establishing the nation, and providing guidance for the people.
1-10 Hallelujah!
I give thanks to God with everything
I’ve got—
Wherever good people gather, and in
the congregation.
God’s works are so great, worth
A lifetime of study—endless
enjoyment!
Splendor and beauty mark his craft;
His generosity never gives out.
His miracles are his memorial—
This God of Grace, this God of Love.
He gave food to those who fear him,
He remembered to keep his ancient
promise.
He proved to his people that he
could do what he said:
Hand them the nations on a platter
—a gift!
He manufactures truth and justice;
All his products are guaranteed to
last—
Never out-of-date, never obsolete,
rust-proof.
All that he makes and does is honest
and true:
He paid the ransom for his people,
He ordered his Covenant kept forever.
He’s so personal and holy, worthy of
our respect.
The good life begins in the fear of God -
Do that and you’ll know the blessing of
God.
His Hallelujah lasts forever!
———————————————————
1ST CORINTHIANS 8:1-13
THE MESSAGE (MSG)
Some in the church in Corinth have no fear about eating meat that has been offered in pagan rites, because they — personally — do not recognize the existence of the gods to whom the meat was offered. Paul reminds them that while their reasoning may is O.K. in theory, most folks in Corinth would have been so saturated by the multi-god culture that following Jesus for them would require them to stay away from any association with all other ritual practices. 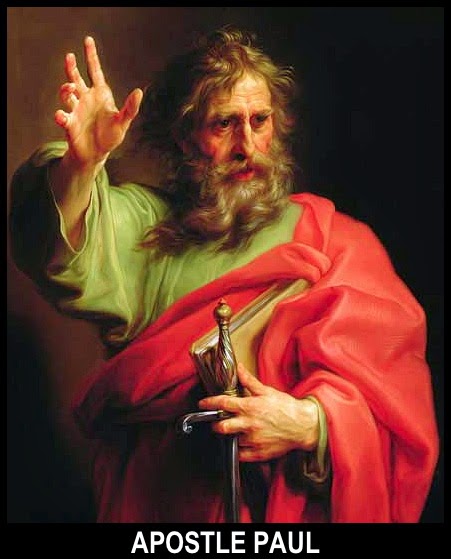 FREEDOM WITH RESPONSIBILITY
8 1-3 The question keeps coming up
regarding meat that has been offered up
to an idol: Should you attend meals
where such meat is served, or not? We
sometimes tend to think we know all we
need to know to answer these kinds of
questions—but sometimes our humble
hearts can help us more than our proud
minds. We never really know enough
until we recognize that God alone
knows it all.
4-6 Some people say, quite rightly, that
idols have no actual existence, that
there’s nothing to them, that there is no
God other than our one God, that no
matter how many of these so-called
gods are named and worshiped they
still don’t add up to anything but a tall
story.  They say—again, quite rightly—
that there is only one God the Father,
that everything comes from him, and
that he wants us to live for him. Also,
they say that there is only one Master
—Jesus the Messiah—and that every-
thing is for his sake, including us. Yes.
It’s true.
7 In strict logic, then, nothing happened
to the meat when it was offered up to an
idol. It’s just like any other meat. I know
that, and you know that. But knowing
isn’t everything. If it becomes everything,
some people end up as know-it-alls who
treat others as know-nothings. Real
knowledge isn’t that insensitive.
We need to be sensitive to the fact that
we’re not all at the same level of under-
standing in this. Some of you have
spent your entire lives eating “idol
meat,” and are sure that there’s some-
thing bad in the meat that then
becomes something bad inside of you.
An imagination and conscience shaped
under those conditions isn’t going to
change overnight.
8-9 But fortunately God doesn’t grade us
on our diet. We’re neither commended
when we clean our plate nor repri-
manded when we just can’t stomach it.
But God does care when you use your
freedom carelessly in a way that leads
a fellow believer still vulnerable to
those old associations to be thrown off
track.
10 For instance, say you flaunt your
freedom by going to a banquet thrown
in honor of idols, where the main course
is meat sacrificed to idols. Isn’t there
great danger if someone still struggling
over this issue, someone who looks up
to you as knowledgeable and mature,
sees you go into that banquet? The
danger is that he will become terribly
confused—maybe even to the point of
getting mixed up himself in what his
conscience tells him is wrong.
11-13 Christ gave up his life for that
person. Wouldn’t you at least be
willing to give up going to dinner for
him because, as you say, it doesn’t
really make any difference? But it does
make a difference if you hurt your friend
terribly, risking his eternal ruin! When
you hurt your friend, you hurt Christ. A
free meal here and there isn’t worth it at
the cost of even one of these “weak
ones.” So, never go to these idol-tainted
meals if there’s any chance it will trip up
one of your brothers or sisters.
———————————————————
MARK 1:21-28
THE MESSAGE (MSG)
Jesus teaches with authority and he performs an exorcism in the synagogue at Capernaum. In Jewish practice, a person known to be demonic would not have been admitted into the synagogue. The presence and prophetic authority of Jesus both surface the demon and cast it out. The people are amazed, and the report about this "went out" to the entire region of Galilee.

CONFIDENT TEACHING
21-22 Then they entered Capernaum.
When the Sabbath arrived, Jesus lost no
time in getting to the meeting place. He
spent the day there teaching. They were
surprised at his teaching—so forthright,
so confident—not quibbling and quoting
like the religion scholars.
23-24 Suddenly, while still in the meeting
place, he was interrupted by a man who
was deeply disturbed and yelling out,
“What business do you have here with
us, Jesus? Nazarene! I know what
you’re up to! You’re the Holy One of
God, and you’ve come to destroy us!” 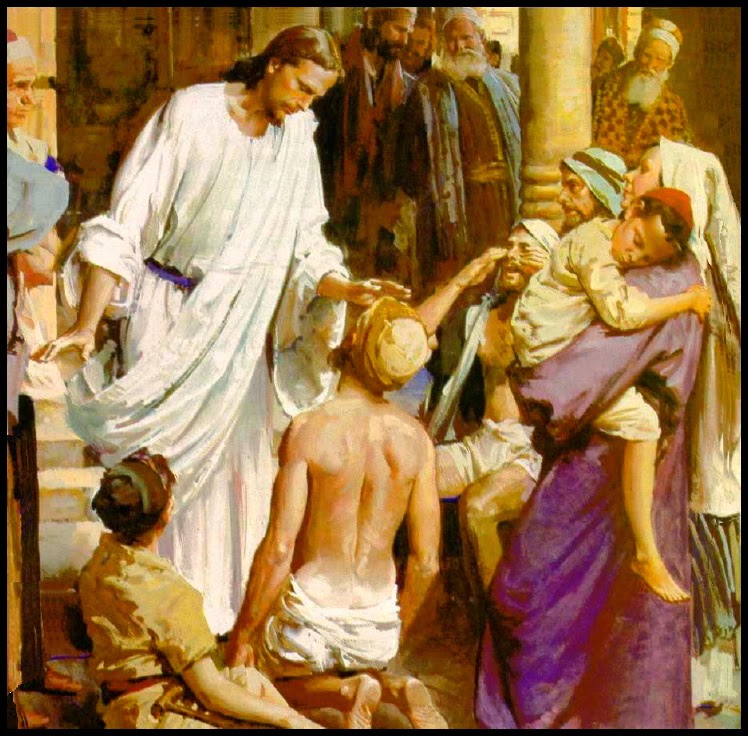 25-26 Jesus shut him up: “Quiet! Get
out of him!” The afflicting spirit threw
the man into spasms, protesting loudly
—and got out.
27-28 Everyone there was incredulous,
buzzing with curiosity. “What’s going on
here? A new teaching that does what it
says? He shuts up defiling, demonic
spirits and sends them packing!” News
of this traveled fast and was soon all
over Galilee.
———————————————————
• 1790 - U.S. Supreme Court convened
for the first time in New York City.
• 1861 - Texas voted to secede from the
Union.
• 1862 - "Battle Hymn of the Republic,"
by Julia Ward Howe was first published
in the "Atlantic Monthly."
• 1893 - Thomas A. Edison completed
work on the world's first motion picture
studio in West Orange, New Jersey.
• 1898 - The Travelers Insurance Co. of
Hartford, CT, issued the first automobile
insurance policy. Dr. Truman Martin of
Buffalo, NY, paid $11.25 for the policy,
which gave him $5,000 liability coverage.
• 1913 - Grand Central Station opened in
New York City, NY. It was the largest
train station in the world.
• 1930 - The Times published its first
crossword puzzle.
• 1958 - The United Arab Republic was
formed by a union of Egypt and Syria.
It was broken and separated in 1961.
≈≈≈≈≈≈≈≈≈≈≈≈≈≈≈≈≈≈≈≈≈≈≈≈≈≈≈≈≈≈≈≈≈≈≈
MONDAY, FEBRUARY 2ND —
Happy Birthday Lindsay Jepsen!
Happy Birthday Patsy Wood!
Happy Birthday Maxine Umbaugh!
Happy Birthday Jillian Stephenson! 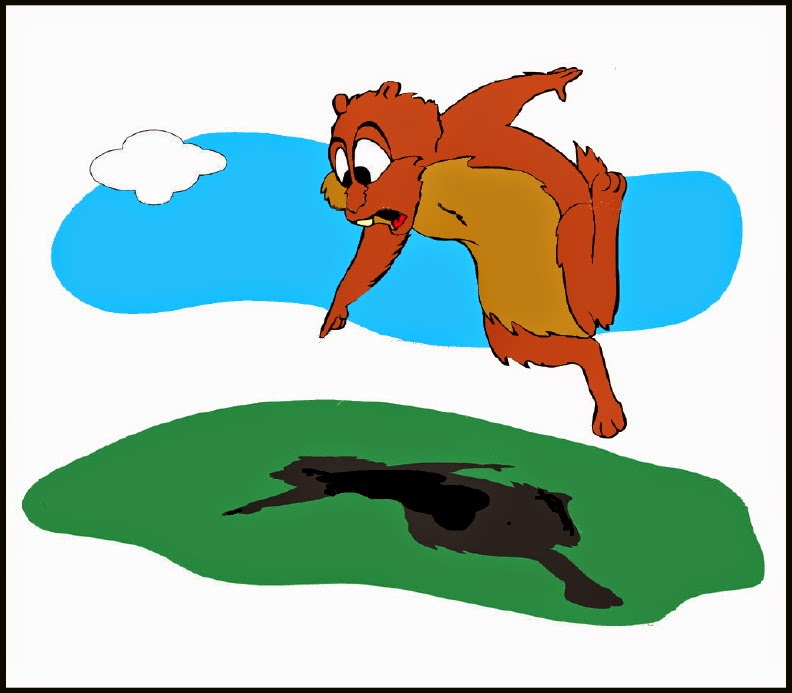 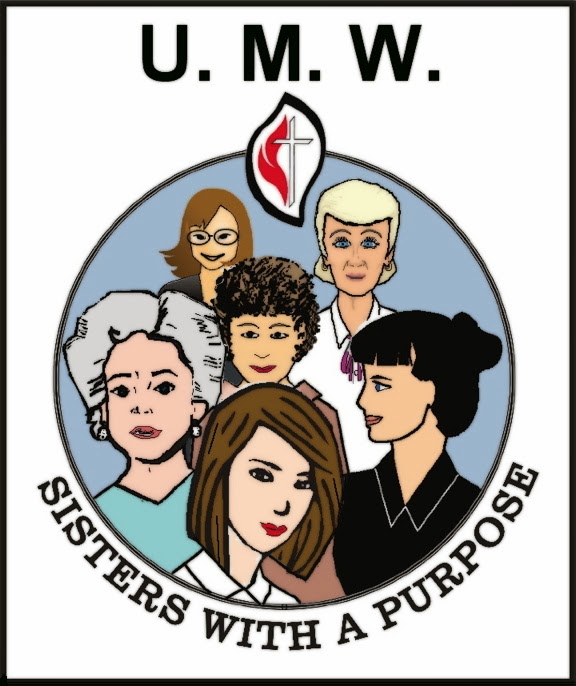 Thank you all for your attention to our
details this week.  You are very much
appreciated, you know.  It would not
get done without you. 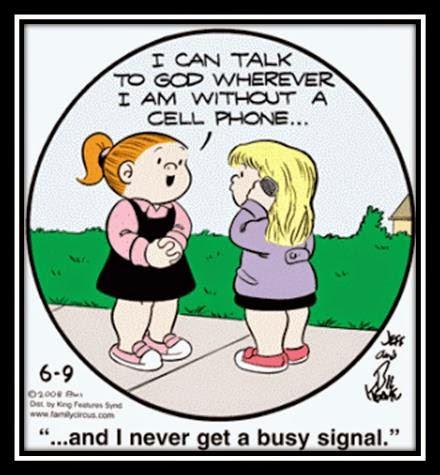