OUR WEEK-FEBRUARY 15 TO FEBRUARY 21ST 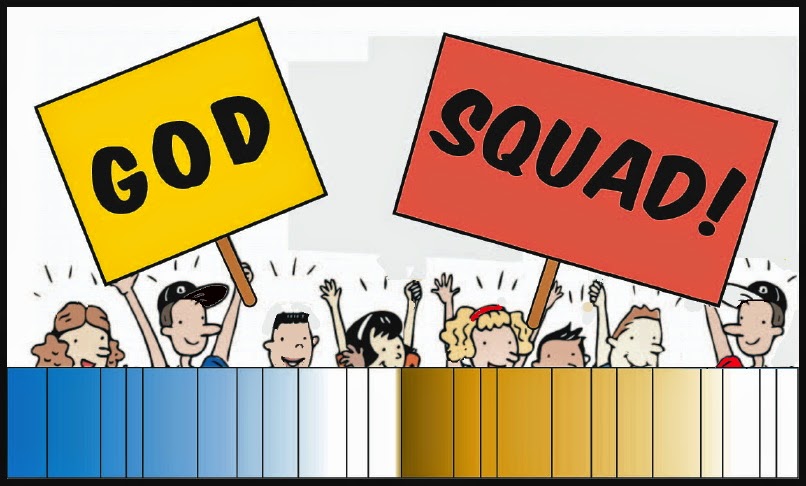 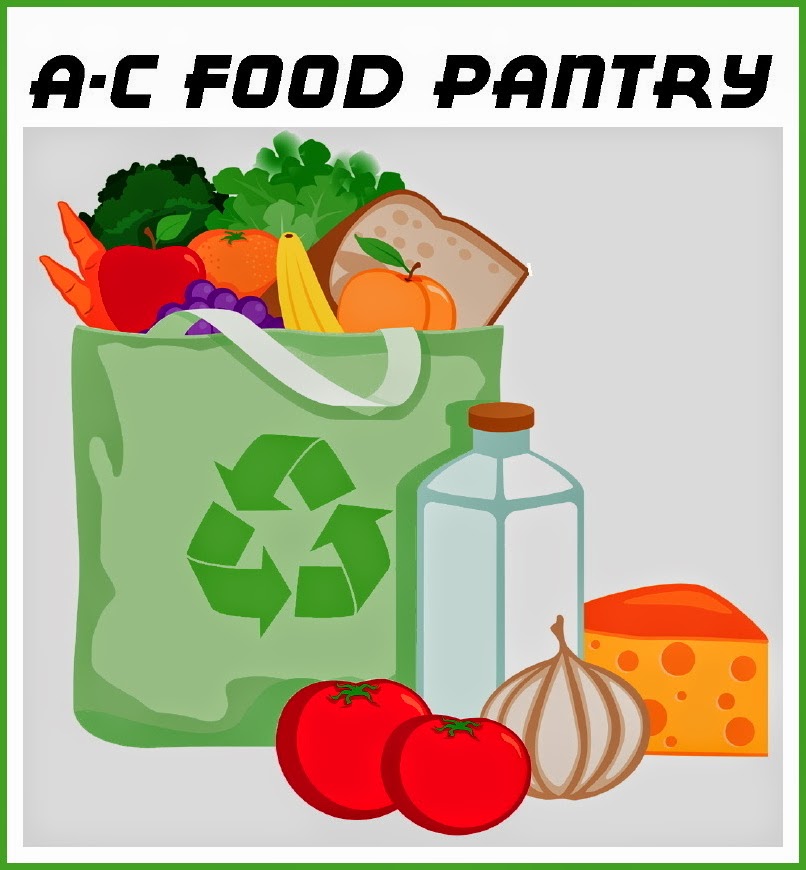 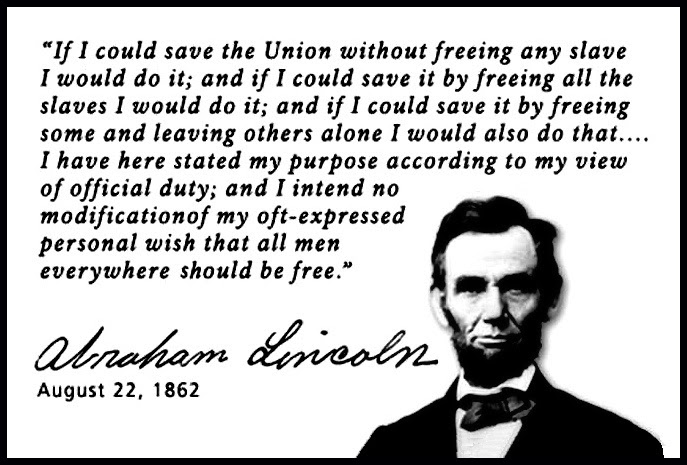 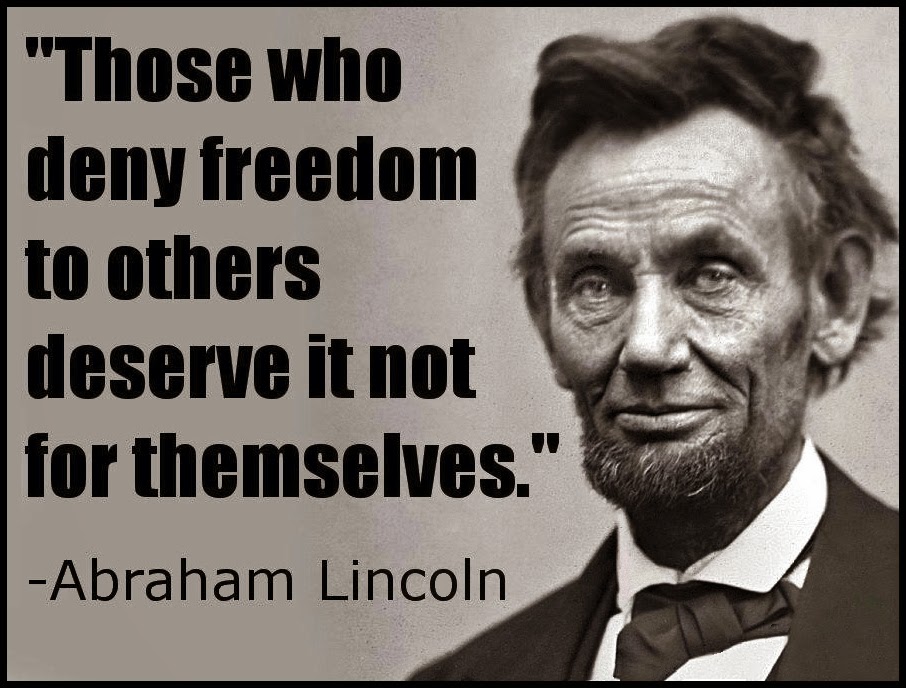 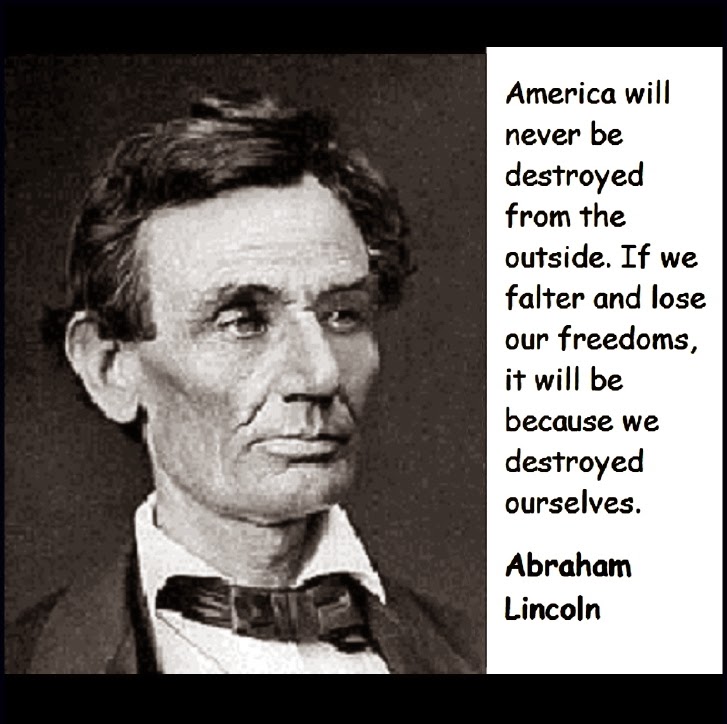 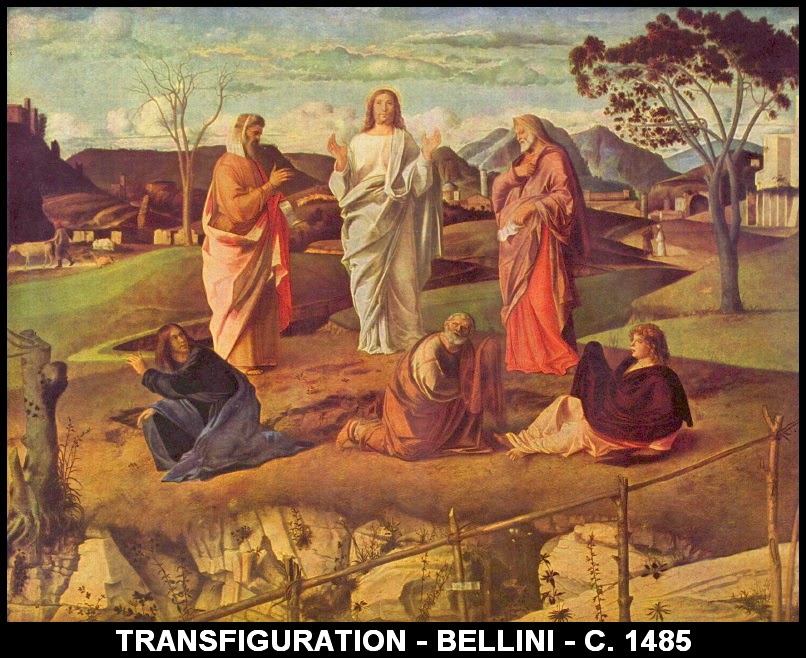 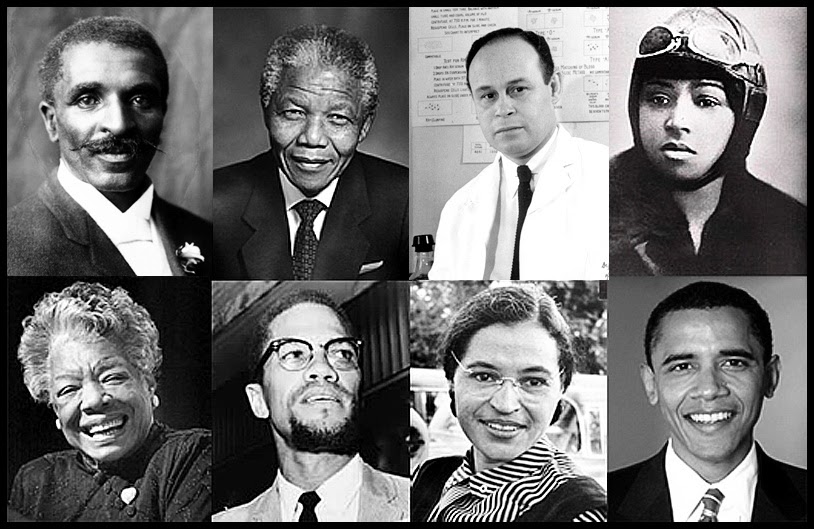 African-American History has been an
important part of American history and
vice versa. In order to understand who
we truly are as Americans, how we can
avoid the mistakes of the past and
discover the true power and potential of
what we can ultimately become as a
nation, it is important that we study that
history, affirm and celebrate strengths
and gifts, and utilize its most important
lessons to make our nation, community
and the world at large a place of hope,
freedom, dignity, justice, prosperity and
peace for present generations and for
the many thousand generations to
come.

Important in understanding the history
of any people is to truly know not only
what they have done for survival, and
achievement but how they have even
achieved that existence. How we have
accomplished those great things is as
important as what was accomplished.

1-2 Just before God took Elijah to
heaven in a whirlwind, Elijah and Elisha
were on a walk out of Gilgal. Elijah said
to Elisha, “Stay here. God has sent me
on an errand to Bethel.”

Elisha said, “Not on your life! I’m not
letting you out of my sight!” So they
both went to Bethel.

3 The guild of prophets at Bethel met
Elisha and said, “Did you know that
God is going to take your master away
from you today?”

4 Then Elijah said to Elisha, “Stay here.
God has sent me on an errand to
Jericho.”

Elisha said, “Not on your life! I’m not
letting you out of my sight!” So they
both went to Jericho.

5 The guild of prophets at Jericho came
to Elisha and said, “Did you know that
God is going to take your master away
from you today?”

6 Then Elijah said to Elisha, “Stay here.
God has sent me on an errand to the
Jordan.”

Elisha said, “Not on your life! I’m not
letting you out of my sight!” And so the
two of them went their way together.

7 Meanwhile, fifty men from the guild of
prophets gathered some distance away
while the two of them stood at the
Jordan.

8 Elijah took his cloak, rolled it up, and
hit the water with it. The river divided
and the two men walked through on dry
land.

9 When they reached the other side,
Elijah said to Elisha, “What can I do for
you before I’m taken from you? Ask
anything.”

Elisha said, “Your life repeated in my
life. I want to be a holy man just like
you.” 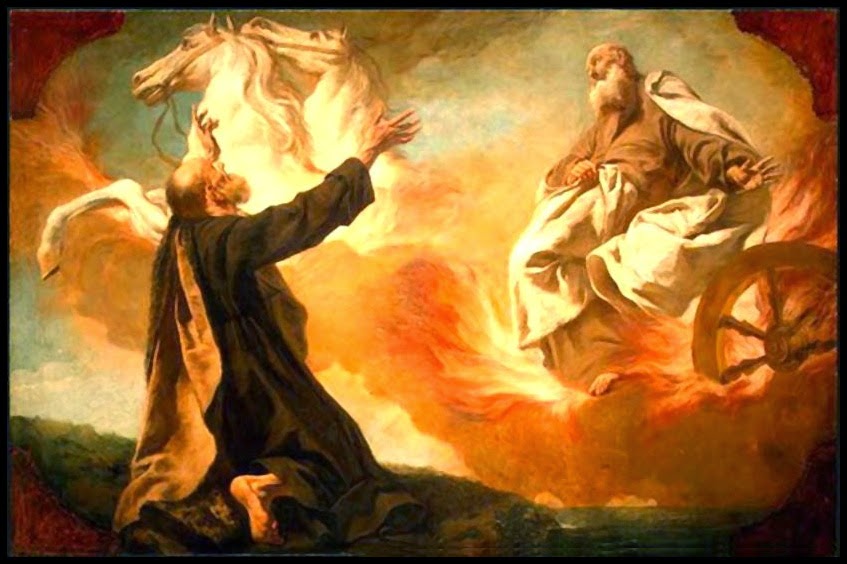 11-14 And so it happened. They were
walking along and talking. Suddenly a
chariot and horses of fire came between
them and Elijah went up in a whirlwind
to heaven. Elisha saw it all and shouted,
“My father, my father! You—the chariot
and cavalry of Israel!” When he could
no longer see anything, he grabbed his
robe and ripped it to pieces. Then he
picked up Elijah’s cloak that had fallen
from him, returned to the shore of the
Jordan, and stood there. He took Elijah’s
cloak—all that was left of Elijah!—and hit
the river with it, saying, “Now where is
the God of Elijah? Where is he?”

When he struck the water, the river
divided and Elisha walked through.
———————————————————
PSALM 50:1-6 (UMH 783)
THE MESSAGE (MSG)
God calls the covenant people to assemble for judgment and redemption.
1-3 The God of gods—it’s God!—speaks
out, shouts, “Earth!”
welcomes the sun in the east,
farewells the disappearing sun in the
west.
From the dazzle of Zion,
God blazes into view.
Our God makes his entrance,
he’s not shy in his coming.
Starbursts of fireworks precede him.

4-5 He summons heaven and earth as a
jury,
he’s taking his people to court:
“Round up my saints who swore
on the Bible their loyalty to me.”

6 The whole cosmos attests to the
fairness of this court,
that here God is judge.
———————————————————
2 CORINTHIANS 4:3-6
THE MESSAGE (MSG)
Paul reminds the Christians at Corinth that his message was never about its eloquent delivery, but always about "Jesus Christ as Lord and ourselves as your slaves for Jesus' sake." Just as the "god of this world" blinds those who do not receive the gospel, the true God of all opens the eyes of those who do.
3-4 If our Message is obscure to anyone,
it’s not because we’re holding back in
any way. No, it’s because these other
people are looking or going the wrong
way and refuse to give it serious
attention. All they have eyes for is the
fashionable god of darkness. They think
he can give them what they want, and
that they won’t have to bother believing
a Truth they can’t see. They’re stone
blind to the dayspring brightness of the
Message that shines with Christ, who
gives us the best picture of God we’ll
ever get.
5-6 Remember, our Message is not
about ourselves; we’re proclaiming
Jesus Christ, the Master. All we are is
messengers, errand runners from Jesus
for you. It started when God said, “Light
up the darkness!” and our lives filled up
with light as we saw and understood
God in the face of Christ, all bright and
beautiful.
———————————————————
MARK 9:2-10
THE MESSAGE (MSG)
Six days after explaining he would be executed in Jerusalem, Jesus leads three of his disciples up a mountain where "he was transfigured before them." These disciples saw Jesus speaking with Moses and Elijah and did not know how to respond. A voice from the cloud instructed them to listen to Jesus.
IN A LIGHT-RADIANT CLOUD
2-4 Six days later, three of them did see
it. Jesus took Peter, James, and John
and led them up a high mountain. His
appearance changed from the inside
out, right before their eyes. His clothes
shimmered, glistening white, whiter
than any bleach could make them.Elijah,
along with Moses, came into view, in
deep conversation with Jesus.
5-6 Peter interrupted, “Rabbi, this is a
great moment! Let’s build three
memorials—one for you, one for Moses,
one for Elijah.” He blurted this out with-
out thinking, stunned as they all were
by what they were seeing.
7 Just then a light-radiant cloud
enveloped them, and from deep in the
cloud, a voice: “This is my Son, marked
by my love. Listen to him.”
8 The next minute the disciples were
looking around, rubbing their eyes,
seeing nothing but Jesus, only Jesus.
9-10 Coming down the mountain, Jesus
swore them to secrecy. “Don’t tell a soul
what you saw. After the Son of Man rises
from the dead, you’re free to talk.” They
puzzled over that, wondering what on
earth “rising from the dead” meant.
———————————————————
• 1758 - Mustard was advertised for the
first time in America.
• 1764 - The city of St. Louis was
established.
• 1879 - U.S. President Rutherford B.
Hayes signed a bill that allowed female
attorneys to argue cases before the U.S.
Supreme Court.
• 1898 - American ship, the USS Maine
sank when it exploded in Havana Harbor
for unknown reasons. More than 260
crew members were killed.
• 1903 - Morris and Rose Michtom, who
were Russian immigrants, brought the
first teddy bear in America.
• 1933 - U.S. President-elect Franklin
Roosevelt escaped an assination effort
in Miami. Chicago Mayor Anton J.
Cermak was killed in the attack.
• 1962 - CBS-TV bought the exclusive
rights to college football games from the
National Collegiate Athletic Association
(NCAA) for a figure of $10,200,000.
• 1985 - The Center for Disease Control
reported that more than half of all nine-
year-olds in the U.S. showed no sign of
tooth decay.
• 1991 - The leaders of Czechoslovakia,
Hungary and Poland signed a Visegard
agreement, in which they pledged to
cooperate in transforming their
countries to free-market economies.
• 1995 - The FBI arrested Kevin Mitnick
and charged him with cracking security
in some of the nation's most protected
computers. He served five years in jail.
≈≈≈≈≈≈≈≈≈≈≈≈≈≈≈≈≈≈≈≈≈≈≈≈≈≈≈≈≈≈≈≈≈≈≈
MONDAY, FEBRUARY 16TH —
OFFICE IS CLOSED TODAY. 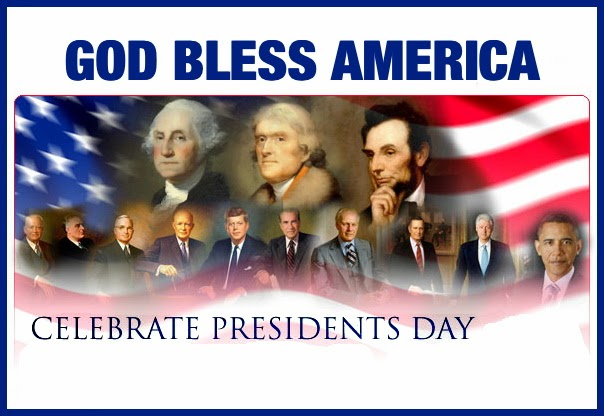 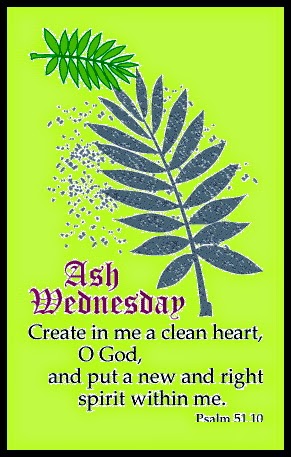