OUR WEEK-JANUARY 25TH TO JANUARY 31ST 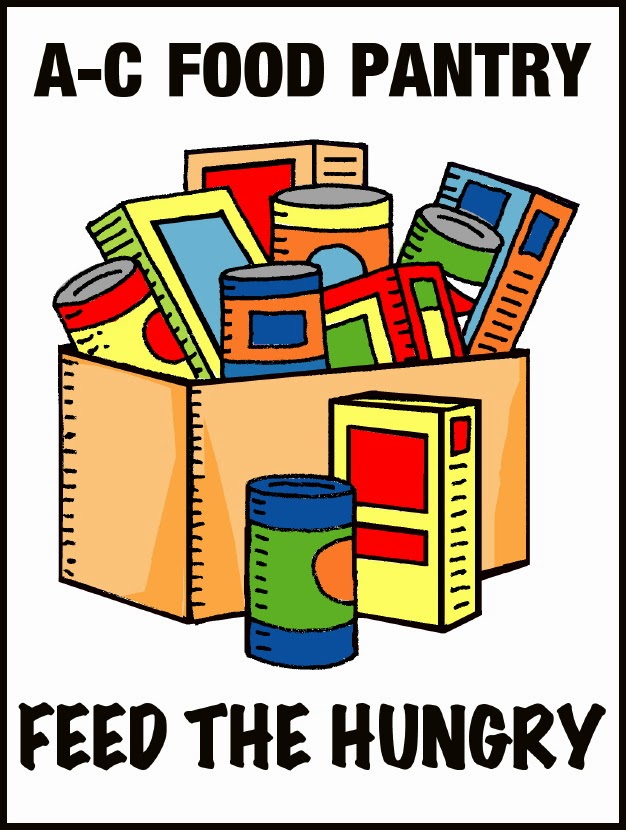 ≈≈≈≈≈≈≈≈≈≈≈≈≈≈≈≈≈≈≈≈≈≈≈≈≈≈≈≈≈≈≈≈≈≈≈
SUNDAY, JANUARY 25TH —
THIRD SUNDAY AFTER EPIPHANY
COLOR: GREEN
This is Ecumenical Sunday in The Week of Prayer for Christian Unity.(World Council of Churches provides additional resources for this week.)"As Jesus passed along the Sea of Galilee, he saw Simon and his brother Andrew casting a net into the sea- -for they were fishermen. And Jesus said to them, 'Follow me and I will make you fish for people'" (Mark 1: 16-17, NRSV).
———————————————————
SCRIPTURE READINGS —
This is the second week focusing on the call to discipleship.  We focus is on being formed and forming others for the life of God’s coming kingdom.
———————————————————
JONAH 3:1-10
THE MESSAGE (MSG)
Jonah begins to fulfill his assignment to proclaim God's judgment to the people of Nineveh ("that great city"). He walks through about one-third of the city's streets on the first day, announcing that only forty days remain before doom arrives. The response of the entire city is rapid and complete: The entire human population fasts, "and everyone, great and small, put on sackcloth" including the farm animals. God relents and does not bring harm to the city.
MAYBE GOD WILL CHANGE HIS MIND
1-2 Next, God spoke to Jonah a
second time: “Up on your feet and on
your way to the big city of Nineveh!
Preach to them. They’re in a bad way
and I can’t ignore it any longer.”
3 This time Jonah started off straight for
Nineveh, obeying God’s orders to the
letter.
Nineveh was a big city, very big—it took
three days to walk across it. 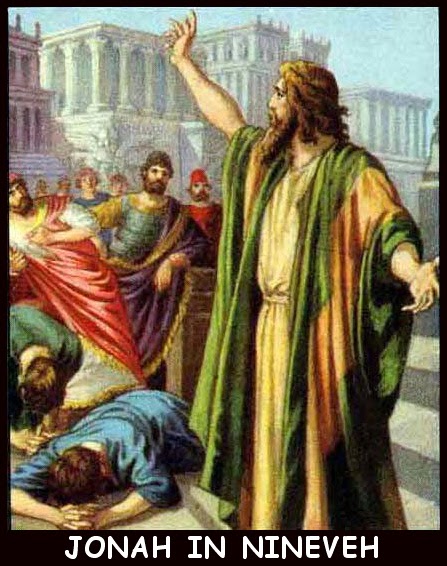 4 Jonah entered the city, went one day’s
walk and preached, “In forty days
Nineveh will be smashed.”
5 The people of Nineveh listened, and
trusted God. They proclaimed a citywide
fast and dressed in burlap to show their
repentance. Everyone did it—rich and
poor, famous and obscure, leaders and
followers.
6-9 When the message reached the king
of Nineveh, he got up off his throne,
threw down his royal robes, dressed in
burlap, and sat down in the dirt. Then
he issued a public proclamation
throughout Nineveh, authorized by him
and his leaders: “Not one drop of water,
not one
bite of food for man, woman, or animal,
including your herds and flocks! Dress
them all, both people and animals, in
burlap, and send up a cry for help to
God. Everyone must turn around, turn
back from an evil life and the violent
ways that stain their hands. Who
knows? Maybe God will turn around and
change his mind about us, quit being
angry with us and let us live!”
10 God saw what they had done, that
they had turned away from their evil
lives. He did change his mind about
them. What he said he would do to them
he didn’t do.
———————————————————
PSALM 62:5-12 (UMH 787)
THE MESSAGE (MSG)
5-6 In God alone our souls in silence wait.
In God alone is our help.
God, the one and only—
I’ll wait as long as he says.
Everything I hope for comes from him,
so why not?
He’s solid rock under my feet,
breathing room for my soul,
An impregnable castle:
I’m set for life.

7-8 My help and glory are in God
—granite-strength and safe-harbor-
God—
So trust him absolutely, people;
lay your lives on the line for him.
God is a safe place to be.

9 Man as such is smoke,
woman as such, a mirage.
Put them together, they’re nothing;
two times nothing is nothing.

11 God said this once and for all;
how many times
Have I heard it repeated?
“Strength comes
Straight from God.” 29-31 I do want to point out, friends, that
time is of the essence. There is no time
to waste, so don’t complicate your lives
unnecessarily. Keep it simple—in
marriage, grief, joy, whatever. Even in
ordinary things—your daily routines of
shopping, and so on. Deal as sparingly
as possible with the things the world
thrusts on you. This world as you see it
is on its way out.
———————————————————
MARK 1:14-20
THE MESSAGE (MSG)
Mark begins to offer the core of Jesus'
proclamation, perhaps the tagline or
title of every sermon Jesus has ever
preached – "God's kingdom has drawn
near: repent and believe the good news!"
Jesus calls some fishermen to leave
their livelihood and their families to
follow him.
14-15 After John was arrested, Jesus
went to Galilee preaching the Message
of God: “Time’s up! God’s kingdom is
here. Change your life and believe the
Message.”
16-18 Passing along the beach of Lake
Galilee, he saw Simon and his brother
Andrew net-fishing. Fishing was their
regular work. Jesus said to them, 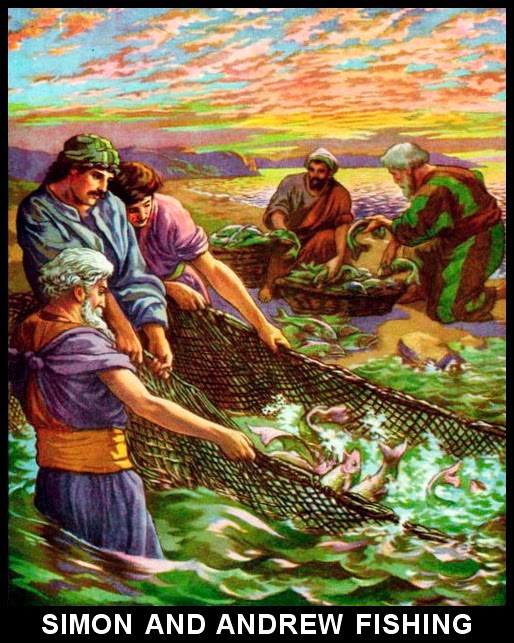 “Come with me. I’ll make a new kind of
fisherman out of you. I’ll show you how
to catch men and women instead of
perch and bass.” They didn’t ask
questions. They dropped their nets and
followed. 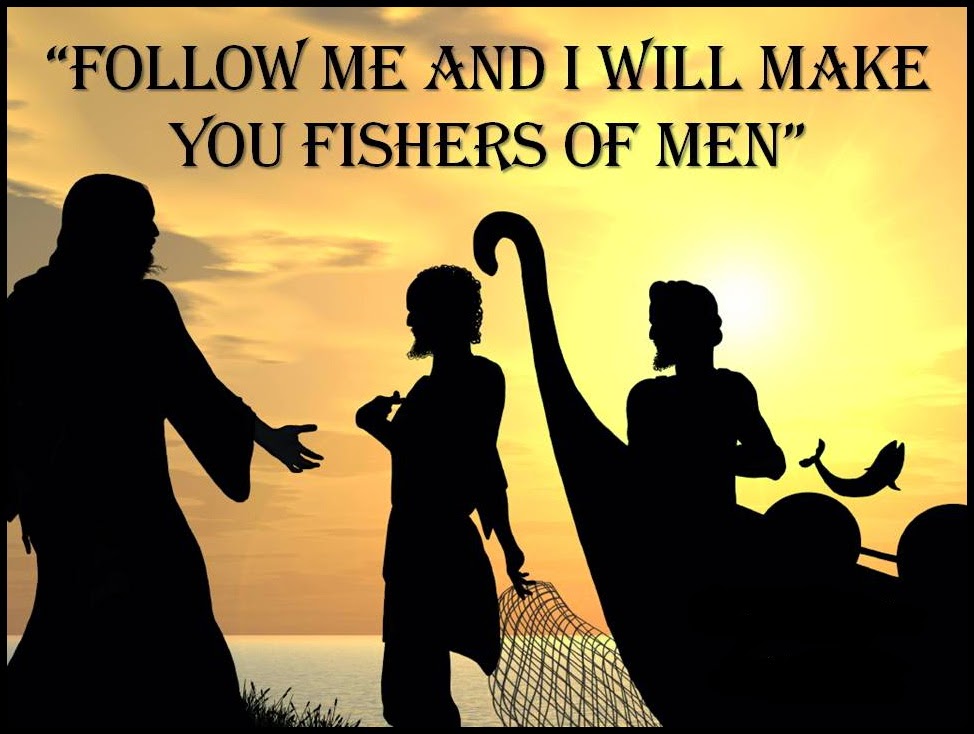 19-20 A dozen yards or so down the
beach, he saw the brothers James and
John, Zebedee’s sons. They were in the
boat, mending their fishnets. Right off,
he made the same offer. Immediately,
they left their father Zebedee, the boat,
and the hired hands, and followed. 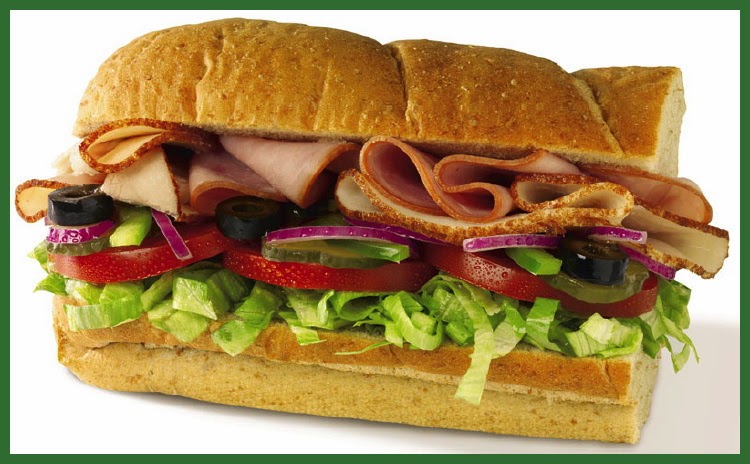 SUPER BOWL SUNDAY WILL BE ON
SALE THIS YEAR.  ORDERS NEED TO
BE IN BY MONDAY, JANUARY 26TH
AND PICKED UP:
SUNDAY, FEBRUARY 1ST
BETWEEN 12 P.M. AND 1 P.M.
Prices are:
• • $5 for a 6" sub and
• • $8 for a 12" sub.
———————————————————
• 1500 - Vicente Yáñez Pinzón stumbled
upon Brazil.
• 1784 - In a letter to his daughter,
Benjamin Franklin expressed regret
over the eagle as a symbol of America.
He wanted the symbol to be the turkey.
• 1788 - The first European settlers in
Australia, led by Captain Arthur Phillip,
landed in what is now known as Sydney.
The group first settled at Botany Bay
eight days before. Today is celebrated
as Australia Day.
• 1802 - The U.S. Congress passed an
act calling for a library to be built
within the U.S. Capitol.  It is the oldest
federal cultural institution in the United
States.
• 1837 - Michigan became the 26th state
to join the United States.
• 1861 - In the United States, Louisiana
seceded from the Union.
• 1870 - The state of Virgina rejoined the
Union.
• 1939 - In the Spanish Civil War,
Franco's forces, with aid from Italy, took
Barcelona.
• 1942 - The first American military force
to go to Europe during World War II
went ashore in Northern Ireland.
• 1947 - "The Greatest Story Ever Told"
was first heard on ABC radio.
• 1950 - India officially proclaimed itself
a republic as Rajendra Prasad took the
oath of office as president.
• 1969 - California was declared a
disaster area after two days of flooding
and mudslides.
• 1992 - Russian president Boris Yeltsin
announced that his country would stop
targeting United States cities with
nuclear weapons.
≈≈≈≈≈≈≈≈≈≈≈≈≈≈≈≈≈≈≈≈≈≈≈≈≈≈≈≈≈≈≈≈≈≈≈
TUESDAY, JANUARY 27TH —
Happy Birthday Amanda Beattie!
Happy Birthday Doug Harris!
———————————————————
• 1606 - In England, the trial of Guy
Fawkes and his fellow conspirators
began. They were executed January 31.
• 1888 - The National Geographic Society
was founded in Washington, DC.
• 1926 - John Baird, a Scottish inventor,
demonstrated a pictorial transmission
machine he called a television.
• 1944 - The Soviet Union announced
that the two year German siege of
Leningrad had ended.
• 1945 - Soviet troops liberated the Nazi
concentration camps Auschwitz and
Birkenau in Poland.  From early 1942
until late 1944, transport trains delivered
Jewish people to the gas chambers from
all over German-occupied Europe, where
they were killed with the pesticide called
Zyklon B. At least 1.1 million prisoners
died at Auschwitz, around 90 percent of
them Jewish.
• 1967 - More than 60 nations signed the
Outer Space Treaty which banned the
orbiting of nuclear weapons and placing
weapons on celestial bodies or space
stations.
• 1981 - At the White House, President
Reagan greeted the 52 former American
hostages released by Iran.
• 1997 - It was revealed that French
national museums were holding nearly
2,000 works of art stolen from Jews by
the Nazis during World War II.
• 2010 - Steve Jobs unveiled the
Apple iPad.
≈≈≈≈≈≈≈≈≈≈≈≈≈≈≈≈≈≈≈≈≈≈≈≈≈≈≈≈≈≈≈≈≈≈≈
WEDNESDAY, JANUARY 28TH —
God Squad will meet in Casey U.M.C.
from 4 P.M. to 5:30 P.M. 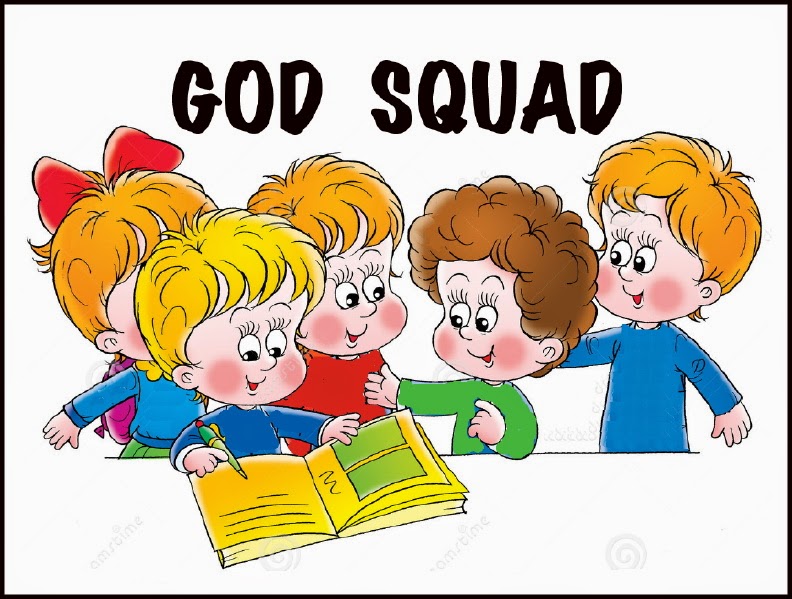 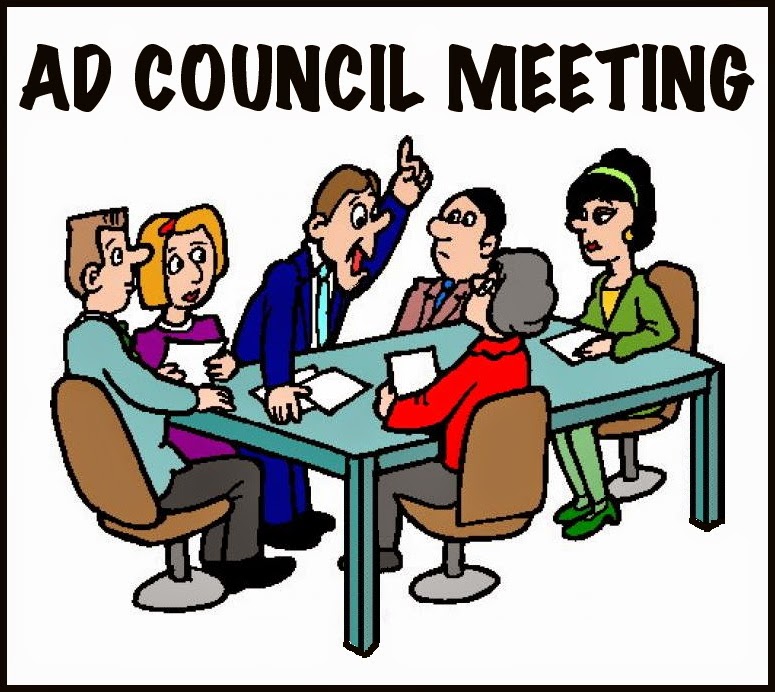 Thank you for your wonderful help.  We
cannot do it without you!