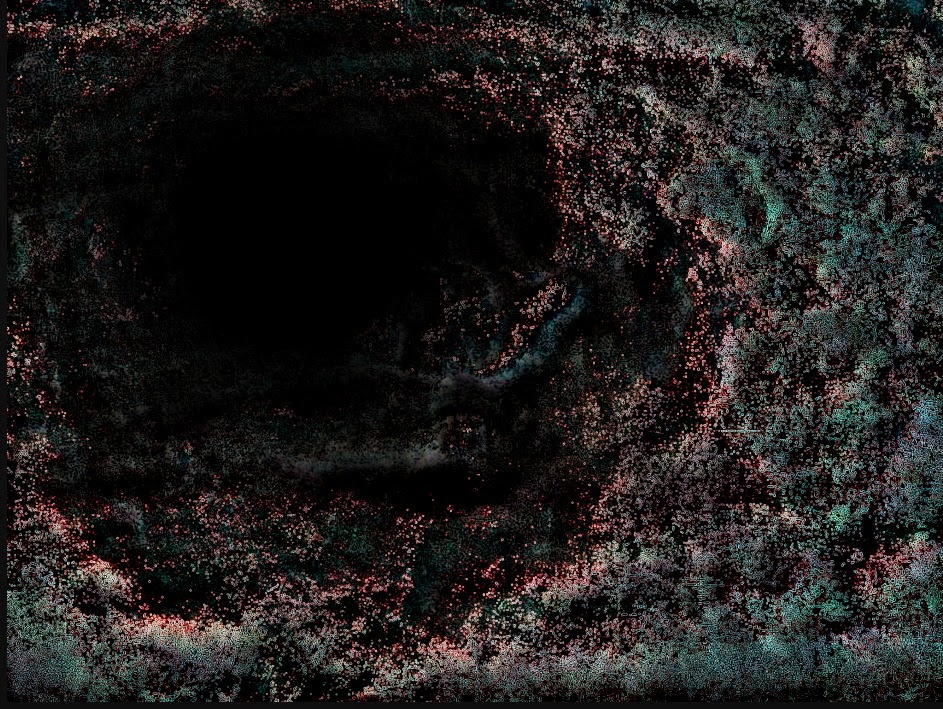 HEAVEN AND EARTH
1-2 First this: God created the Heavens
and Earth—all you see, all you don’t see.
Earth was a soup of nothingness, a
bottomless emptiness, an inky black–
ness. God’s Spirit brooded like a bird
above the watery abyss. 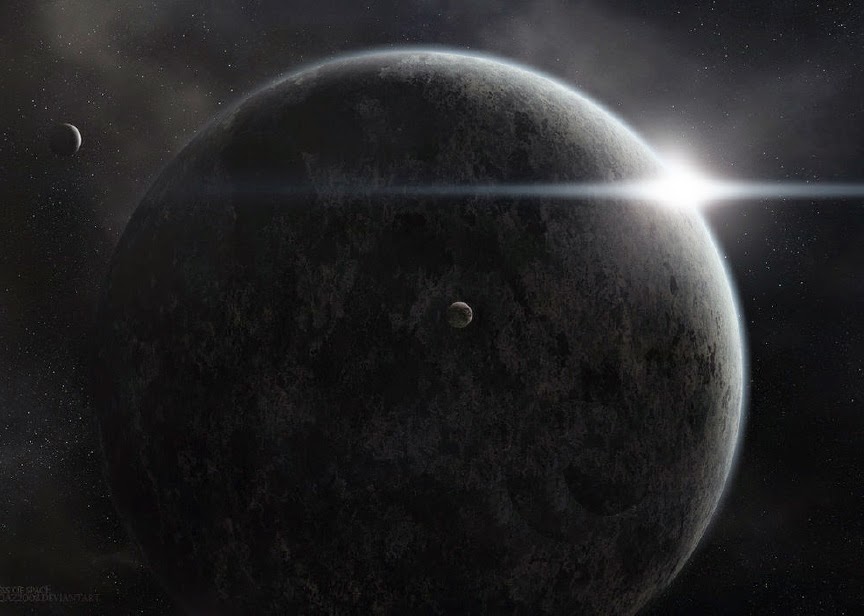 3-5 God spoke: “Light!”
And light appeared.
God saw that light was good
and separated light from dark.
God named the light Day,
he named the dark Night.
It was evening, it was morning—
Day One.
———————————————————
PSALM 29 (UMH 761)
THE MESSAGE (MSG)
Floods, tornadoes, lightning strikes,
devastation, and God reigning in the
midst of it all – images of the awesome
and dangerous power of God. 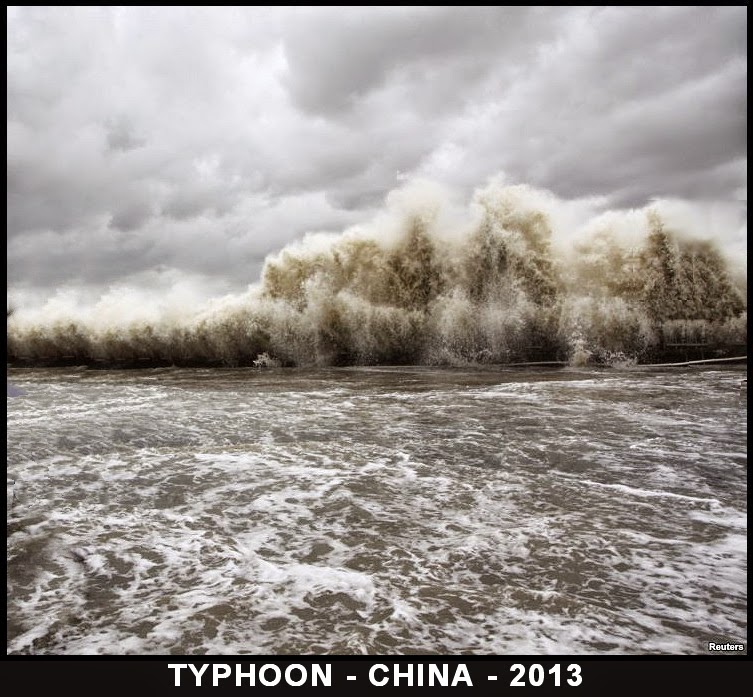 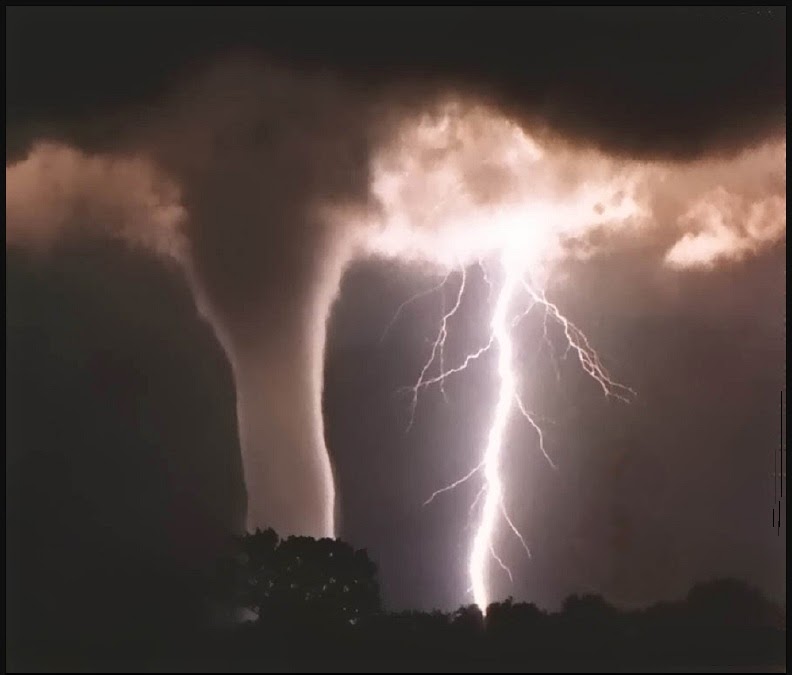 A DAVID PSALM
1-2 Bravo, God, bravo!
Gods and all angels shout, “Encore!”
In awe before the glory,
in awe before God’s visible power.
Stand at attention!
Dress your best to honor him!

3 God thunders across the waters,
Brilliant, his voice and his face,
streaming brightness—
God, across the flood waters.

9 God’s thunder sets the oak trees
dancing
A wild dance, whirling; the pelting rain
strips their branches.
We fall to our knees—we call out,
“Glory!”

10 Above the flood waters is God’s
throne
from which his power flows,
from which he rules the world.

11 God makes his people strong.
God gives his people peace.
———————————————————
ACTS 19:1-7
THE MESSAGE (MSG)
This story is a reminder of the influence
and extent of the ministry of John the
Baptist — reaching all the way from
Judea to the western shores of Asia
Minor (Turkey) by mid-century, most
likely some 25 or 30 years after his
execution.  John had taught people to
live differently in light of the coming
Kingdom. What they didn't know was
how the Holy Spirit would give them
the power of life.

It is probably no accident that Luke tells
us the number of these believers was
about 12, a symbol of the 12 apostles
and the 12 tribes of Israel, for Ephesus
became the seat of apostolic ministry in
western Asia Minor for many decades to
come.
1-2 Now, it happened that while Apollos
was away in Corinth, Paul made his way
down through the mountains, came to
Ephesus, and happened on some
disciples there. The first thing he said
was, “Did you receive the Holy Spirit
when you believed? Did you take God
into your mind only, or did you also
embrace him with your heart? Did he
get inside you?” 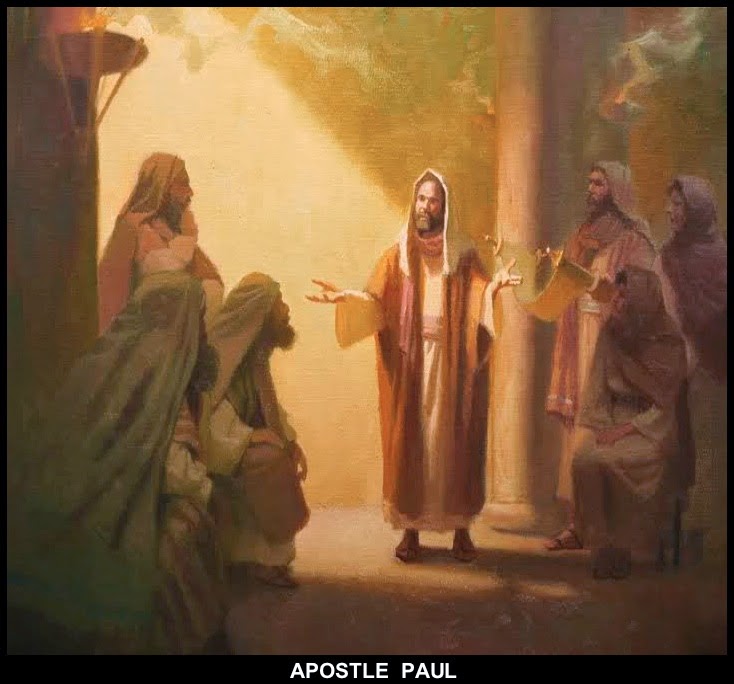 “We’ve never even heard of that—a Holy
Spirit? God within us?”

3 “How were you baptized, then?”
asked Paul.

4 “That explains it,” said Paul. “John
preached a baptism of radical life–
change so that people would be ready
to receive the One coming after him,
who turned out to be Jesus. If you’ve
been baptized in John’s baptism, you’re
ready now for the real thing, for Jesus.”

5-7 And they were. As soon as they
heard of it, they were baptized in the
name of the Master Jesus. Paul put his
hands on their heads and the Holy Spirit
entered them. From that moment on,
they were praising God in tongues and
talking about God’s actions. Altogether
there were about twelve people there
that day.
———————————————————
MARK 1:4-11
THE MESSAGE (MSG)
While John's baptismal ministry seems to unite folks from Judea and all over Jerusalem in confession and in repentance, his baptism of Jesus
"splits the heavens" (like lightning).
Then the announcement of the voice
from the heavens (like thunder) answers
hope for the arrival of one chosen by
God to pour out the Holy Spirit.
4-6 John the Baptizer appeared in the
wild, preaching a baptism of life-change
that leads to forgiveness of sins. People
thronged to him from Judea and
Jerusalem and, as they confessed their
sins, were baptized by him in the Jordan
River into a changed life. John wore a
camel-hair habit, tied at the waist with a
leather belt. He ate locusts and wild field
honey.

7-8 As he preached he said, “The real
action comes next: The star in this
drama, to whom I’m a mere stagehand,
will change your life. I’m baptizing you
here in the river, turning your old life in
for a kingdom life. His baptism—a holy
baptism by the Holy Spirit—will change
you from the inside out.” 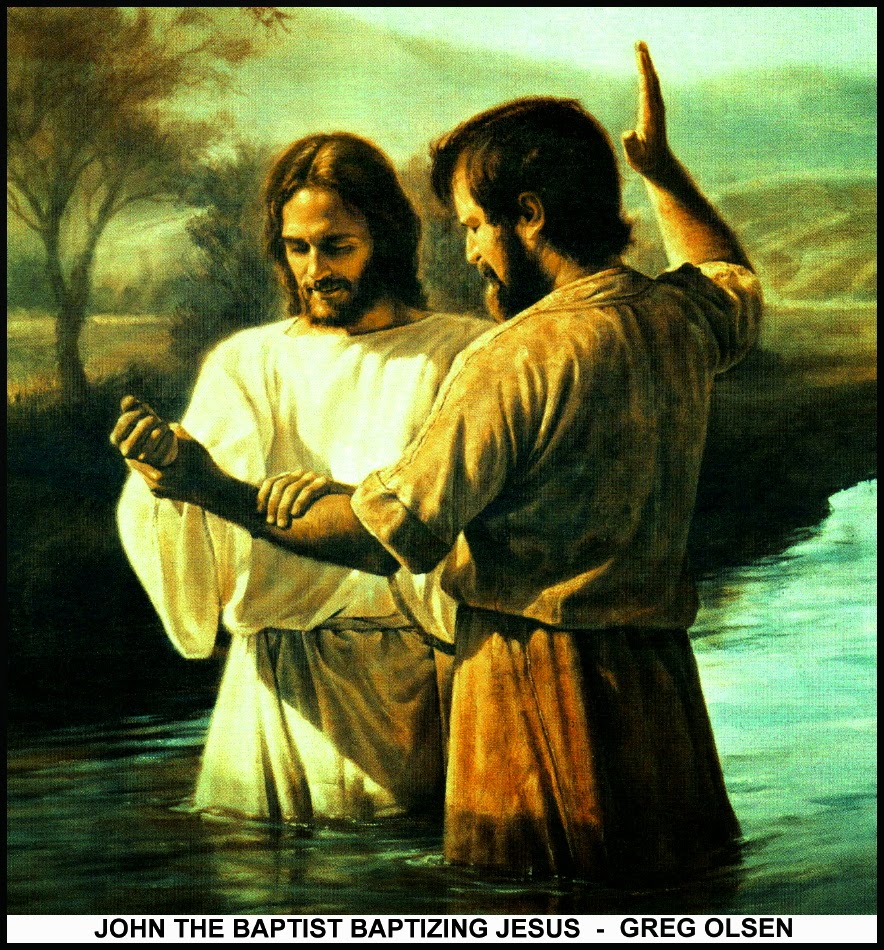 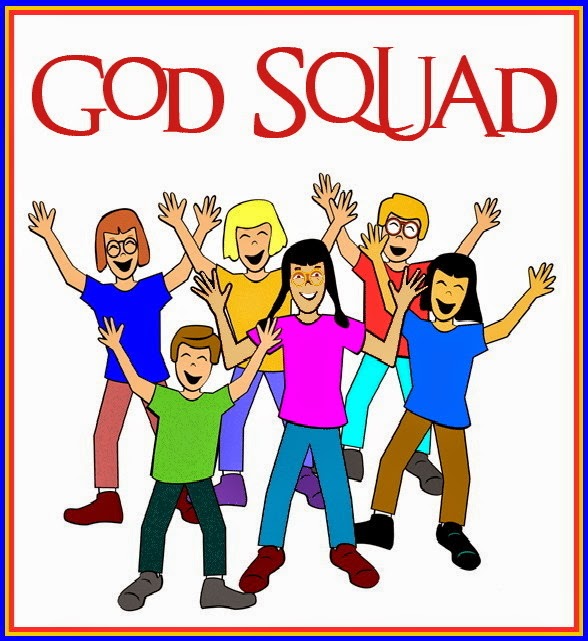 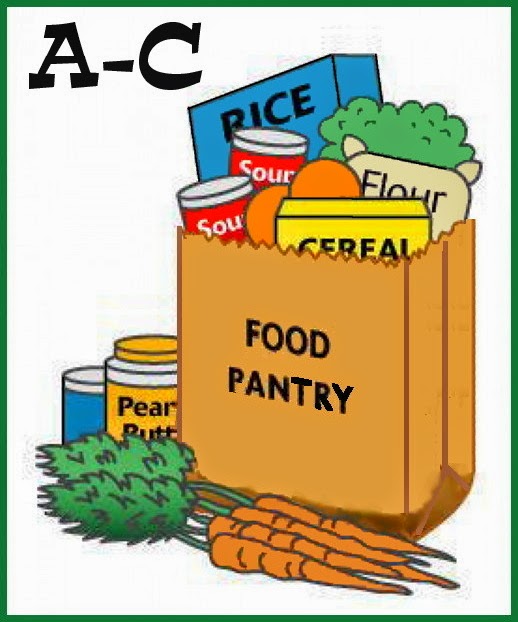 ———————————————————
• 1639 - Connecticut's first constitution,
the "Fundamental Orders," was adopted.
• 1784 - The United States ratified a
peace treaty with England ending the
Revolutionary War.
• 1907 - An earthquake killed over 1,000
people in Kingston, Jamaica.
• 1943 - President Franklin D. Roosevelt
became the first U.S. President to fly in
an airplane while in office. He flew from
Miami, FL, to French Morocco where he
met with British Prime Minister Winston
Churchill to discuss World War II.
• 1954 - The Hudson Motor Car Company
merged with Nash-Kelvinator. The new
company was called the American
Motors Corporation.
• 1994 - U.S. President Clinton and
Russian President Boris Yeltsin signed
Kremlin accords to stop aiming missiles
at any nation and to dismantle the
nuclear arsenal of Ukraine.
• 2002 - NBC's "Today" celebrated its
50th anniversary on television.
≈≈≈≈≈≈≈≈≈≈≈≈≈≈≈≈≈≈≈≈≈≈≈≈≈≈≈≈≈≈≈≈≈≈≈
THURSDAY, JANUARY 15TH —
Happy Birthday Jeannie Larson!
Happy Birthday Jerry Kopaska!
Happy Birthday Kurt McCuen!
———————————————————
• 1559 - England's Queen Elizabeth I was
crowned in Westminster Abbey.
• 1624 - Many riots broke out in Mexico
when it was announced that all churches
were to be closed.
• 1777 - The people of New Connecticut
(now the state of Vermont) declared their
independence.
• 1844 - The University of Notre Dame
received its charter from the state of
Indiana.
• 1863 - "The Boston Morning Journal"
became the first paper in the United
States to be published on paper made of
wood pulp.
• 1943 - The Pentagon was dedicated as
the world's largest office building just
outside Washington, DC, in Arlington,
Virginia. The structure covers 34 acres
of land and has 17 miles of corridors.
• 1967 - The first National Football
League Super Bowl was played. The
Green Bay Packers defeated the Kansas
City Chiefs. The final score was 35-10.
• 1986 - President Reagan signed
legislation making Martin Luther King,
Jr.'s birthday a national holiday to be
celebrated the third Monday of January.
≈≈≈≈≈≈≈≈≈≈≈≈≈≈≈≈≈≈≈≈≈≈≈≈≈≈≈≈≈≈≈≈≈≈≈
FRIDAY, JANUARY 16TH —
Happy Birthday Karen Ferguson!
———————————————————
• 1547 - Ivan the Terrible was crowned
Czar of Russia.
• 1883 - The United States Civil Service
Commission was established as the
Pendleton Act went into effect.
• 1920 - Prohibition went into effect in
the United States.
• 1944 - General Dwight D. Eisenhower
took command of the Allied invasion
force in London.
• 1970 - Colonel Muammar el-Quaddafi
became president of Libya.
• 1982 - England and the Vatican began
full diplomatic relations after a break of
over 400 years.
• 1991 - The White House announced the
start of Operation Desert Storm. The
operation was designed to drive Iraqi
forces out of Kuwait.
≈≈≈≈≈≈≈≈≈≈≈≈≈≈≈≈≈≈≈≈≈≈≈≈≈≈≈≈≈≈≈≈≈≈≈
SATURDAY, JANUARY 17TH —
Happy Birthday Laura Smith! 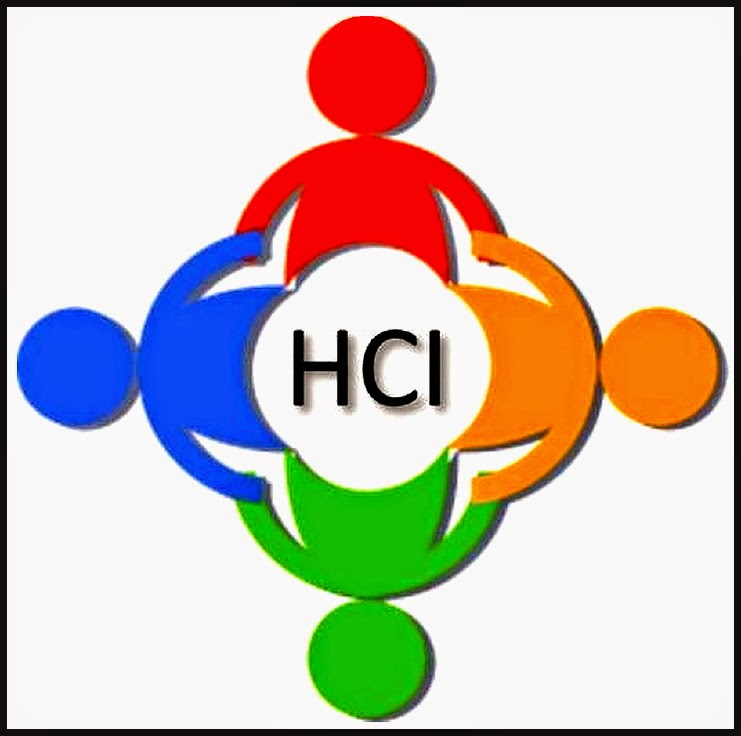 HCI WILL MEET IN CASEY U.M.C. –
from 10 A.M to 3 P.M.
———————————————————
• 1773 - Captain Cook's “Resolution”
became the first ship to cross the
Antarctic Circle.
• 1893 - Hawaii's monarchy was over–
thrown when a group of businessmen
and sugar plantation owners forced
Queen Liliuokalani to abdicate.
• 1900 - The Yaqui Indians in Texas
proclaimed independence from Mexico.
• 1912 - English explorer Robert Falcon
Scott reached the South Pole.
Norwegian Roald Amundsen had beaten
him there by one month but Scott and
his party died during the return trip.
• 1913 - All partner interests in 36 Golden
Rule Stores were incorporated in Utah
into one company. The new corporation
was the J.C. Penney Company.
• 1945 - Swedish diplomat Raoul
Wallenberg disappeared in Hungary
while in Soviet custody. Wallenberg is
credited with saving tens of thousands
of Jews.
• 1966 - A B-52 carrying four H-bombs
collided with a refuelling tanker. The
bombs were released and eight crew
members were killed.
• 1994 - The Northridge earthquake
rocked Los Angeles, California.  It
registered a 6.7 on the Richter Scale.
At least 61 people were killed and about
$20 billion in damage was caused.
• 1995 - More than 6,000 people were
killed when an earthquake with a mag–
nitude of 7.2 destroyed the city of Kobe,
Japan.
• 2000 - British pharmaceutical com–
panies Glaxo Wellcome PLC and Smith–
Kline Beecham PLC agreed to a merger
that created the world's largest drug
pharmaceutical company.
≈≈≈≈≈≈≈≈≈≈≈≈≈≈≈≈≈≈≈≈≈≈≈≈≈≈≈≈≈≈≈≈≈≈≈
Thank you for your support this week
although it is not easy with high winds,
below zero temperatures and icy roads.
This  cold season shall pass into Spring
— wait and see.
Meanwhile don't take any unnecessary
chances in the frigid arctic air.