OUR WEEK-JANUARY 4TH TO JANUARY 10TH 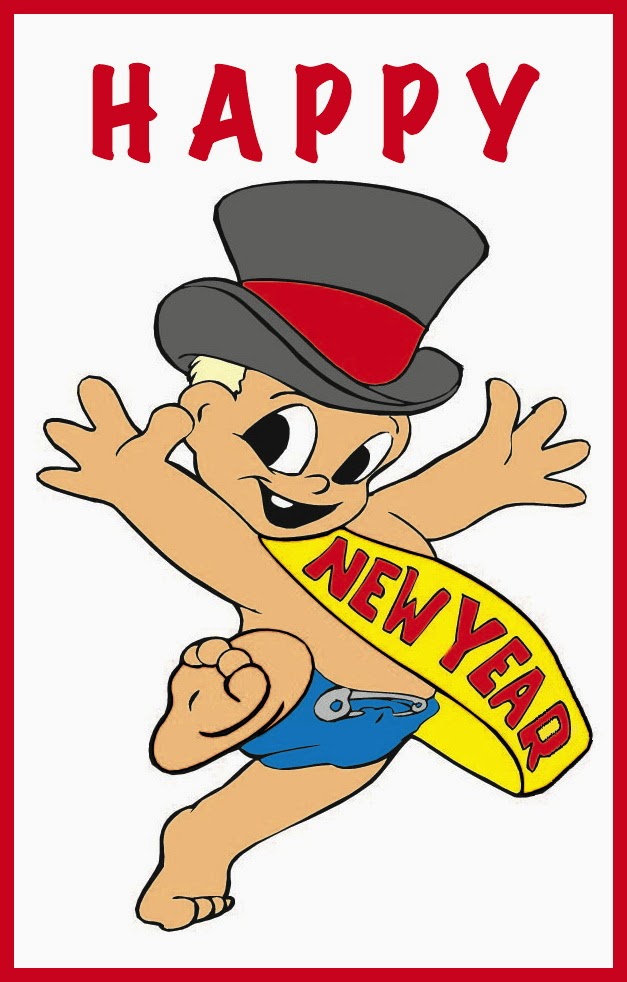 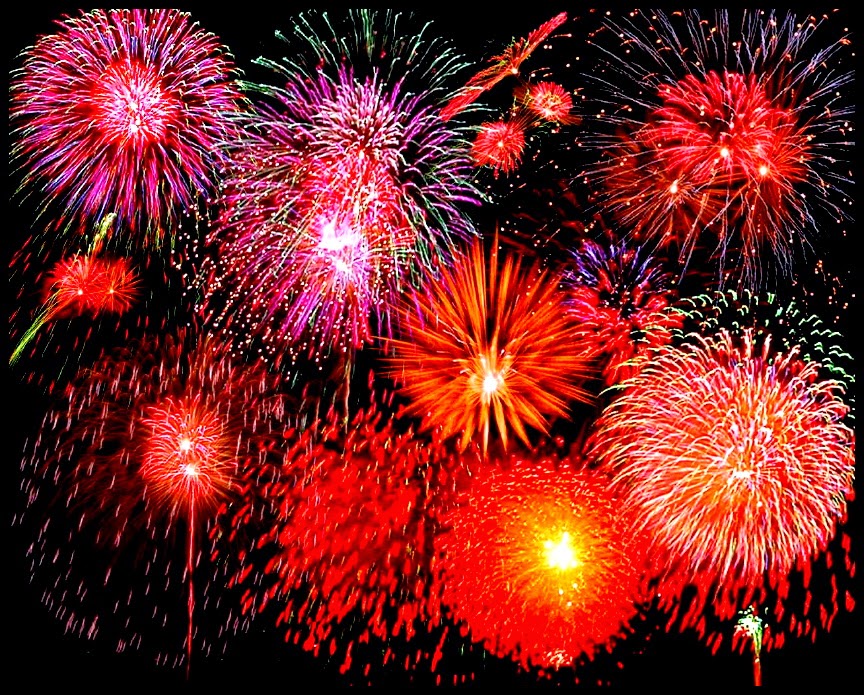 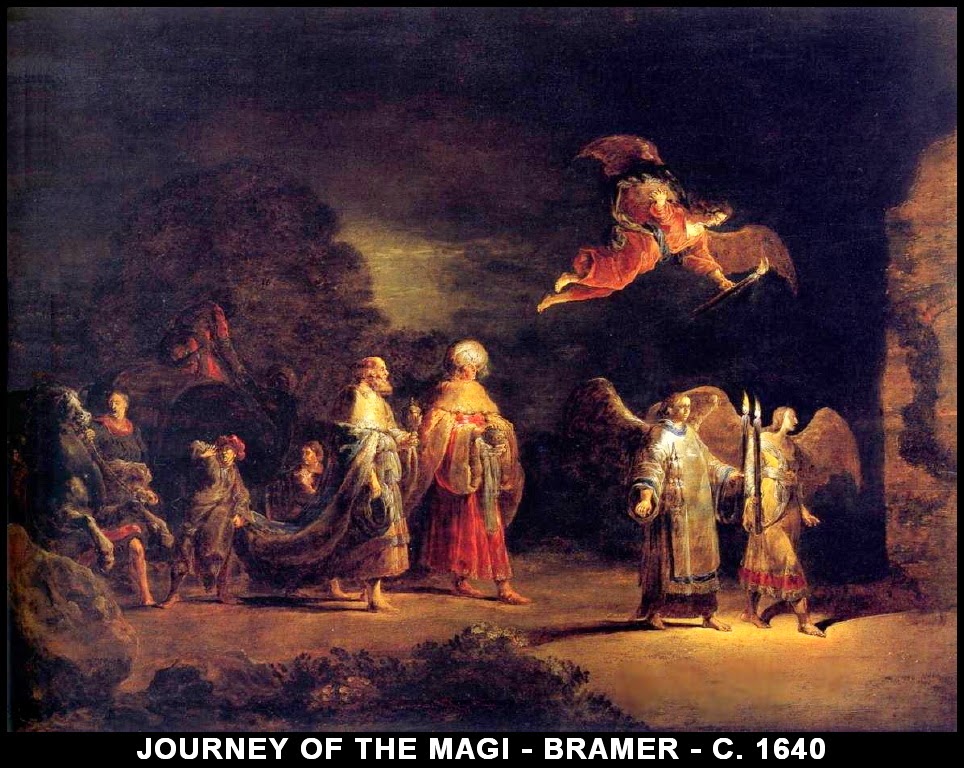 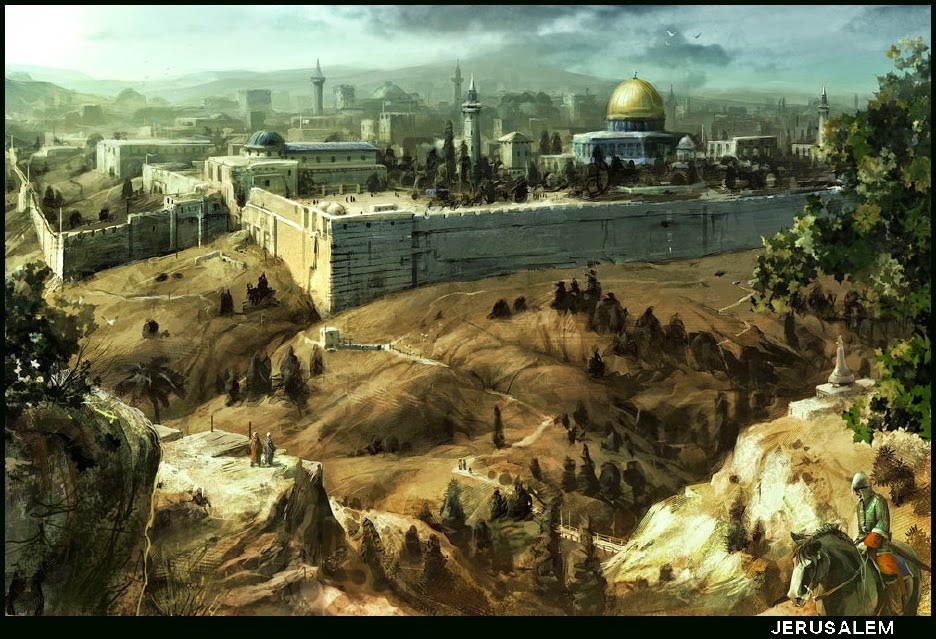 1-7 “Get out of bed, Jerusalem!
Wake up. Put your face in the
sunlight.
God’s bright glory has risen for you.
The whole earth is wrapped in
darkness,
all people sunk in deep darkness,
But God rises on you,
his sunrise glory breaks over you.
Nations will come to your light,
kings to your sunburst brightness.
Look up! Look around!
Watch as they gather, watch as they
approach you:
Your sons coming from great distances,
your daughters carried by their
nannies.
When you see them coming you’ll smile
—big smiles!
Your heart will swell and, yes, burst!
All those people returning by sea for the
reunion,
a rich harvest of exiles gathered in
from the nations! 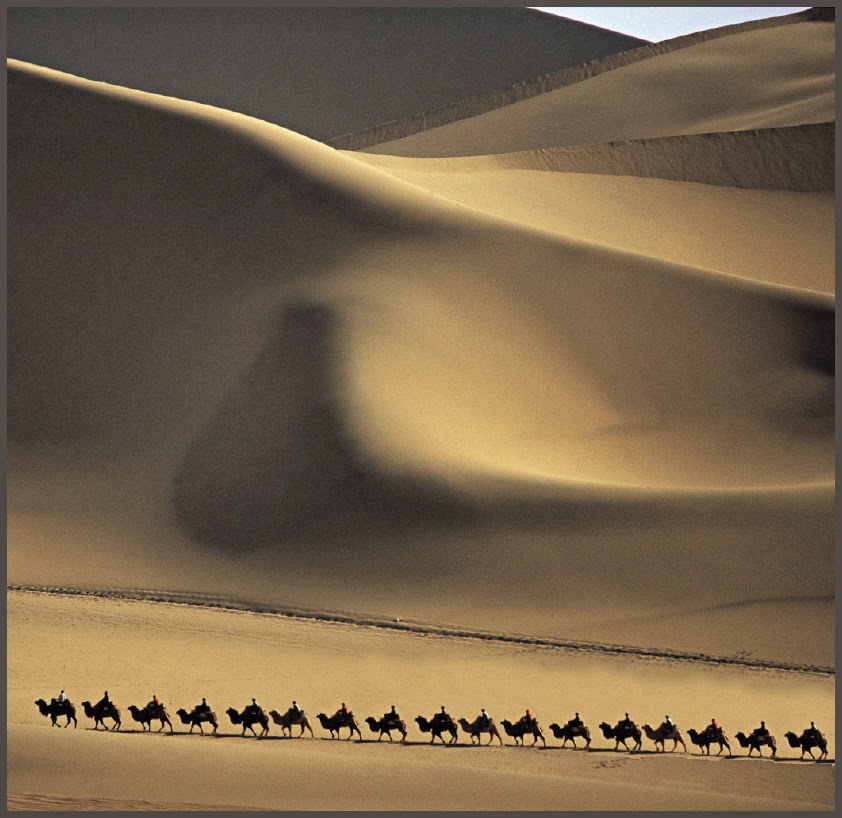 And then streams of camel caravans as
far as the eye can see,
young camels of nomads in Midian
and Ephah,
Pouring in from the south from Sheba,
loaded with gold and frankincense,
preaching the praises of God.
And yes, a great roundup
of flocks from the nomads in Kedar
and Nebaioth,
Welcome gifts for worship at my altar
as I bathe my glorious Temple in
splendor.
———————————————————
PSALM 72:1-7, 10-14
THE MESSAGE (MSG)
In praise of the righteous king who would receive tribute from all nations. 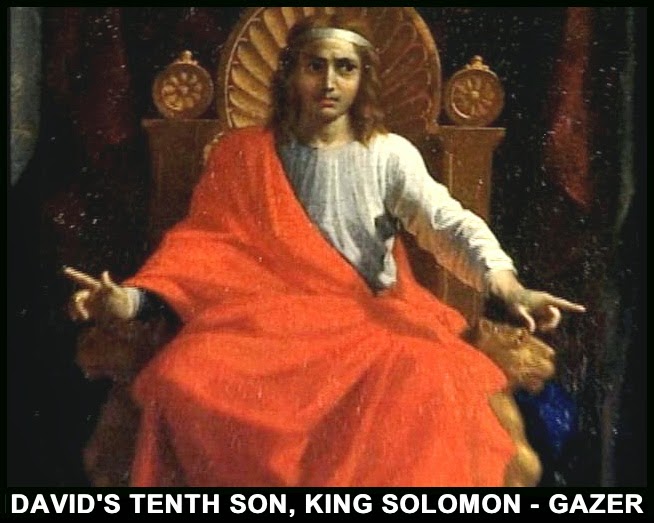 A SOLOMON PSALM
1-8 Give the gift of wise rule to the king,
O God,
the gift of just rule to the crown
prince.
May he judge your people rightly,
be honorable to your meek and lowly.
Let the mountains give exuberant
witness;
shape the hills with the contours of
right living.
Please stand up for the poor,
help the children of the needy,
come down hard on the cruel tyrants.
Outlast the sun, outlive the moon—
age after age after age.
Be rainfall on cut grass,
earth-refreshing rain showers.
Let righteousness burst into blossom
and peace abound until the moon
fades to nothing.
Rule from sea to sea,
from the River to the Rim.

9-14 Foes will fall on their knees before
God,
his enemies lick the dust.
Kings remote and legendary will pay
homage,
kings rich and resplendent will turn
over their wealth.
All kings will fall down and worship,
and godless nations sign up to serve
him,
Because he rescues the poor at the first
sign of need,
the destitute who have run out of luck.
He opens a place in his heart for the
down-and-out,
he restores the wretched of the earth.
He frees them from tyranny and torture
—when they bleed, he bleeds;
when they die, he dies.
———————————————————
EPHESIANS 3:1-12
THE MESSAGE (MSG)
Paul says that his imprisonments are enabling the Gentiles and even the leaders of the nations to come to know the mystery that they are invited to become fellow heirs with Christ Jesus. 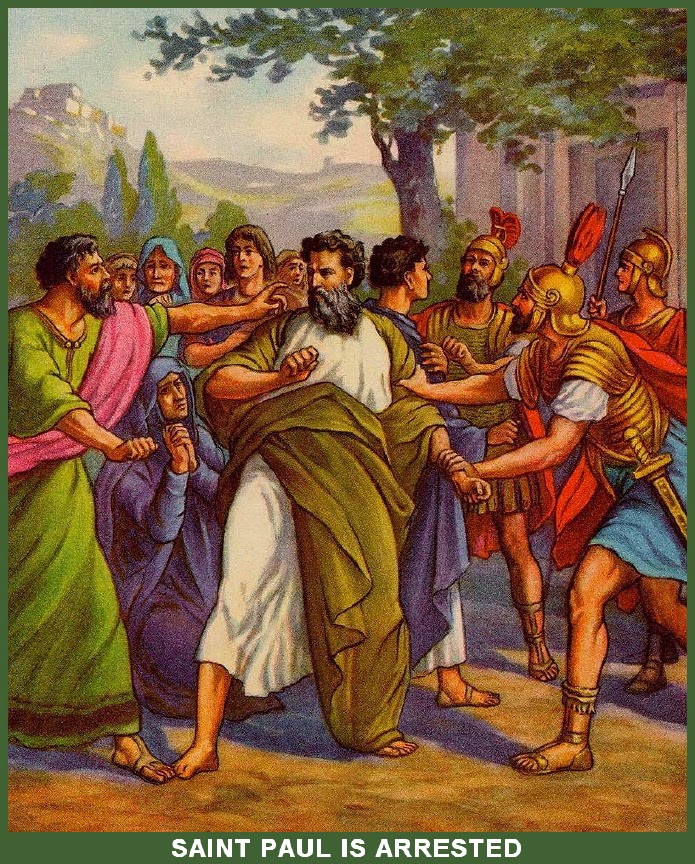 THE SECRET PLAN OF GOD
1-3 This is why I, Paul, am in jail for
Christ, having taken up the cause of
you outsiders, so-called. I take it that
you’re familiar with the part I was given
in God’s plan for including everybody. I
got the inside story on this from God
himself, as I just wrote you in brief.

4-6 As you read over what I have written
to you, you’ll be able to see for
yourselves into the mystery of Christ.
None of our ancestors understood this.
Only in our time has it been made clear
by God’s Spirit through his holy
apostles and prophets of this new order.
The mystery is that people who have
never heard of God and those who have
heard of him all their lives (what I’ve
been calling outsiders and insiders)
stand on the same ground before God.
They get the same offer, same help,
same promises in Christ Jesus. The
Message is accessible and welcoming
to everyone, across the board.

7-8 This is my life work: helping people
understand and respond to this
Message. It came as a sheer gift to me,
a real surprise, God handling all the
details. When it came to presenting the
Message to people who had no back-
ground in God’s way, I was the least
qualified of any of the available
Christians. God saw to it that I was
equipped, but you can be sure that it
had nothing to do with my natural
abilities. 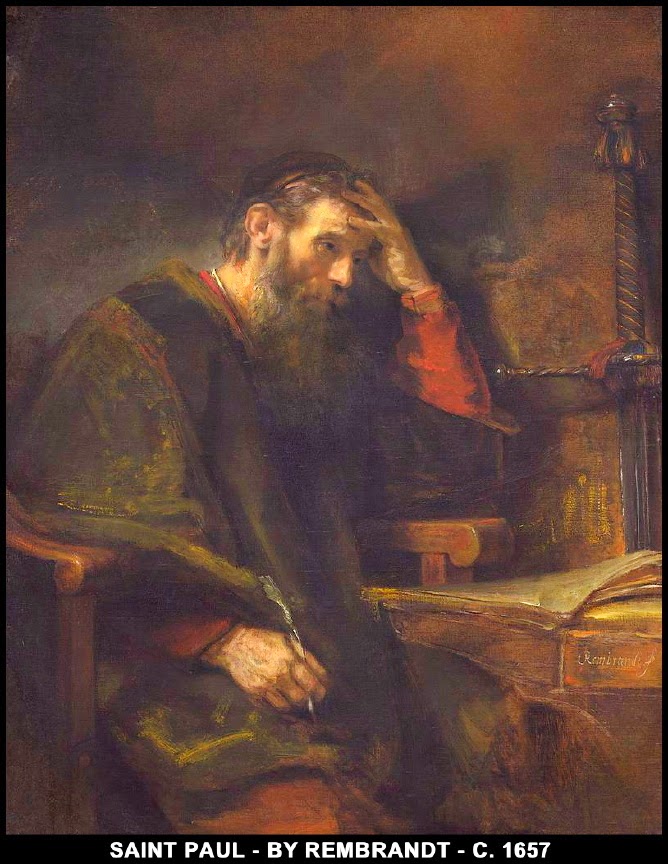 8-10 And so here I am, preaching and
writing about things that are way over
my head, the inexhaustible riches and
generosity of Christ. My task is to bring
out in the open and make plain what
God, who created all this in the first
place, has been doing in secret and
behind the scenes all along. Through
followers of Jesus like yourselves
gathered in churches, this extraordinary
plan of God is becoming known and
talked about even among the angels!

11-13 All this is proceeding along lines
planned all along by God and then
executed in Christ Jesus. When we trust
in him, we’re free to say whatever needs
to be said, bold to go wherever we need
to go. So don’t let my present trouble on
your behalf get you down. Be proud!
———————————————————
MATTHEW 2:1-12
THE MESSAGE (MSG)
Matthew tells of the visit of the Magi and their participation in God's subversion of Herod's plan.

SCHOLARS FROM THE EAST
1-2 After Jesus was born in Bethlehem
village, Judah territory - this was during
Herod’s kingship - a band of scholars
arrived in Jerusalem from the East. They
asked around, “Where can we find and
pay homage to the newborn King of the
Jews? We observed a star in the eastern
sky that signaled his birth. We’re on a
pilgrimage to worship him.”

3-4 When word of their inquiry got to
Herod, he was terrified—and not Herod
alone, but most of Jerusalem as well.
Herod lost no time. He gathered all the
high priests and religion scholars in the
city together and asked, “Where is the
Messiah supposed to be born?”

5-6 They told him, “Bethlehem, in Judah
territory. The prophet Micah wrote it
plainly:

It’s you, Bethlehem, in Judah’s land,
no longer bringing up the rear.
From you will come the leader
who will shepherd-rule my people,
my Israel.”

7-8 Herod then arranged a secret
meeting with the scholars from the East.
Pretending to be as devout as they were,
he got them to tell him exactly when the
birth-announcement star appeared.
Then he told them the prophecy about
Bethlehem, and said, “Go find this child.
Leave no stone unturned. As soon as
you find him, send word and I’ll join you
at once in your worship.” 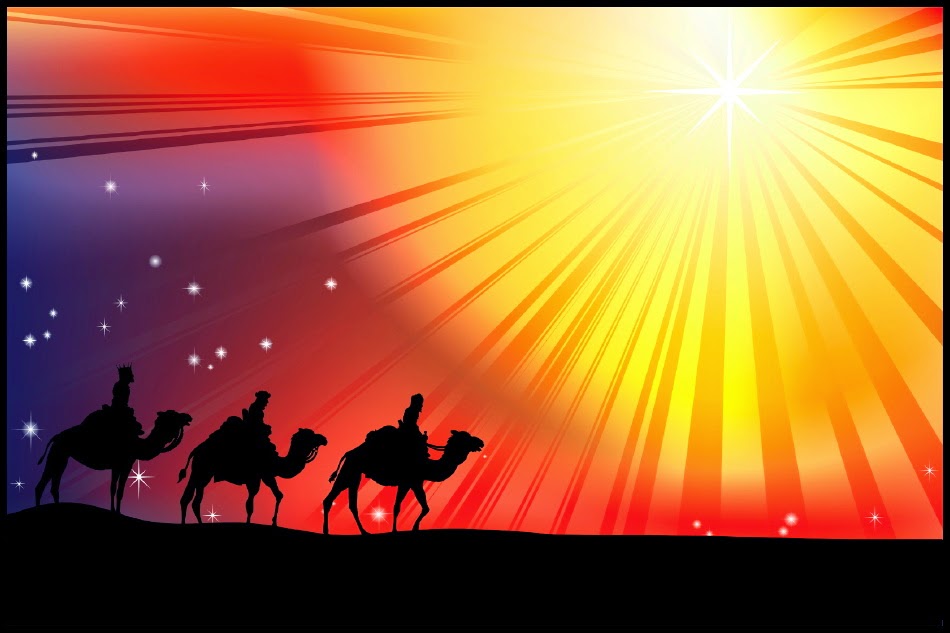 9-10 Instructed by the king, they set off.
Then the star appeared again, the same
star they had seen in the eastern skies.
It led them on until it hovered over the
place of the child. They could hardly
contain themselves: They were in the
right place!
They had arrived at the right time! 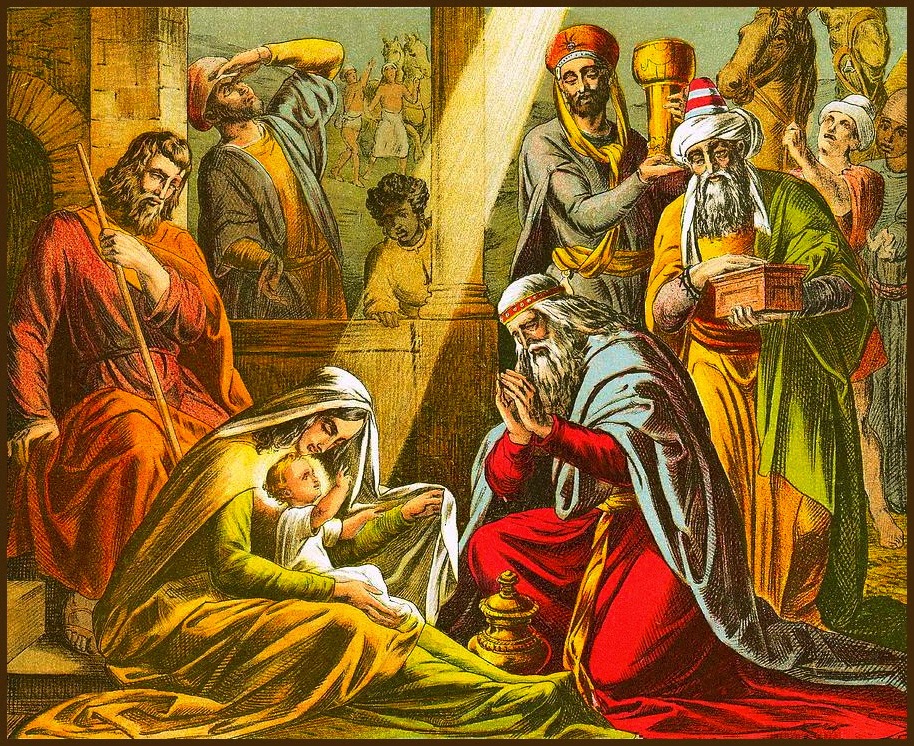 11 They entered the house and saw the
child in the arms of Mary, his mother.
Overcome, they kneeled and worshiped
him. Then they opened their luggage
and presented gifts:
gold, frankincense, myrrh.

12 In a dream, they were warned not to
report back to Herod. So they worked
out another route, left the territory with-
out being seen, and returned to their
own country. 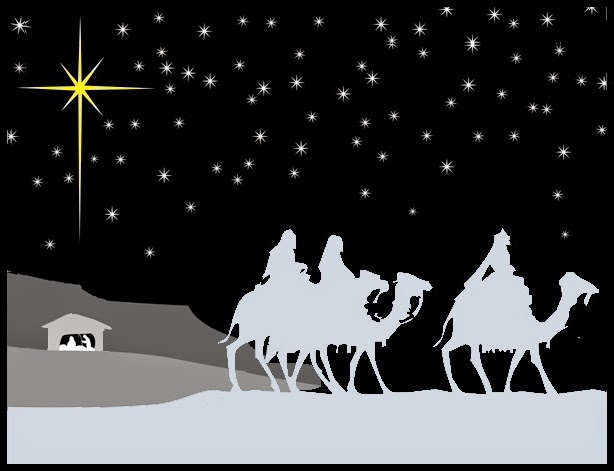