Some notable American Indians are: 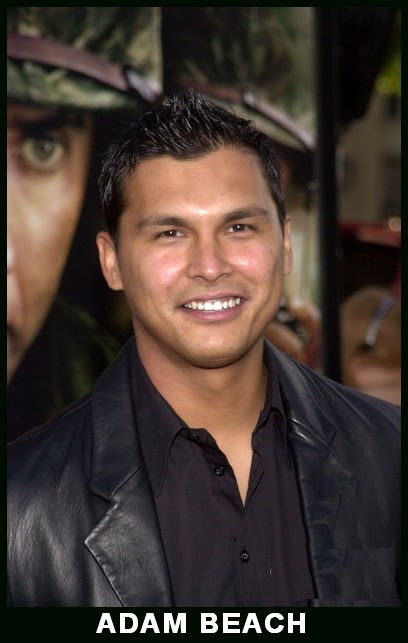 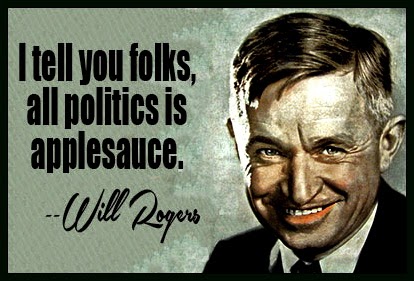 Will Rogers  (Actor and Humorist)
Rogers was born to a prominent Cherokee
Nation family in Indian Territory (now part
of Oklahoma).  He traveled around the
world three times, made 71 movies (50
silent films and 21 "talkies"), wrote more
than 4,000 nationally syndicated
newspaper columns, and became a world
famous figure. By the mid-1930s, American
people adored Will Rogers. 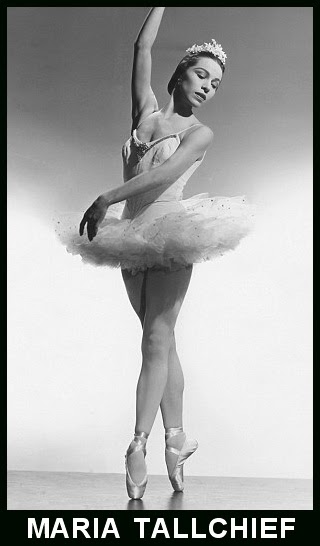 Maria Tallchief  (Ballerina)
Elizabeth Marie Tall Chief, known as
"Betty Marie" to friends and family, was
born on January 24, 1925 in Fairfax,
Oklahoma. Her father was a full-blooded
Osage Indian whose family became
wealthy when oil was found on their land.
Her father grew up rich as a result, never
working "a day in his life."
In 1933, the family moved to Los Angeles.
Tall Chief experienced what she described
as "painful" discrimination and began
spelling her last name as one word,
Tallchief.  She studied piano, and appeared
as a guest soloist with small symphony
orchestras throughout high school.
Tallchief graduated from Beverly Hills High
School in 1942.
Maria died April 11, 2013 (aged 88).
In 1996, Tallchief received a Kennedy
Center Honor for lifetime achievements.

Buffy Sainte-Marie  (Singer-Songwriter)
She was born Beverly Sainte-Marie in 1941
on the Piapot Cree First Nations Reserve
in the Qu'Appelle Valley, Saskatchewan,
Canada.
She was orphaned and later adopted,
growing up in Wakefield, Massachusetts.
By 1962, in her early twenties, Sainte-Marie
was touring alone, singing and playing
guitar. She attended the University of
Massachusetts Amherst, earning teaching
degrees (BA 1963 and PhD 1983).
Buffy wrote and sang many songs through
the 1960 up thru the 90's.  She is still
performing. 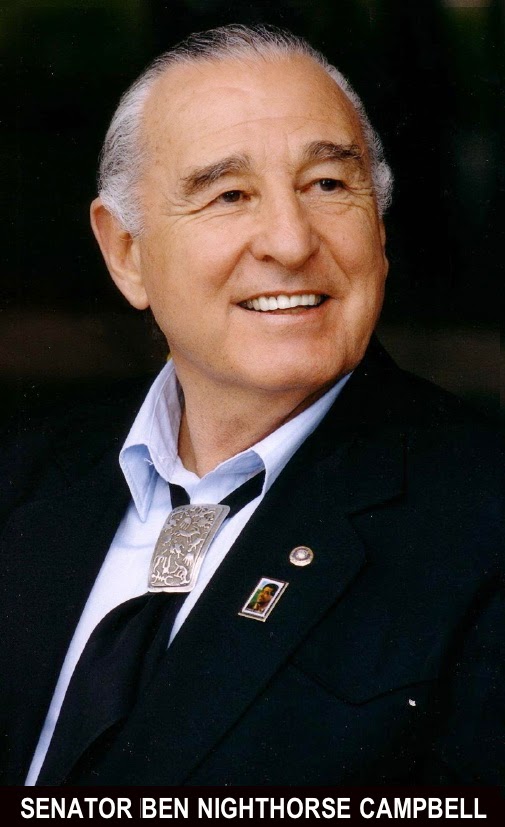 Ben Nighthorse Campbell
(U.S. Senator-1986)
He was stationed in Korea during the
Korean War as an air policeman.  After his
discharge, he attended San Jose State
University, where he graduated in 1957
with a B. A. in Physical Education and
Fine Arts.
While training for the Olympic Games,
Campbell attended Meiji University in
Tokyo, Japan as a special research
student from 1960-1964. Meiji team was
world renowned and Campbell credited
the preparation and discipline taught at
Meiji for his 1961, 1962, and 1963 U.S.
National titles and his gold medal in the
1963 Pan-American Games.
Campbell was elected to the Colorado
State Legislature as a Democrat in
November 1982, where he served two
terms.
Campbell was elected in 1986 to the U.S.
House of Representatives; he was re-
elected twice to this seat.

According to a 2012 Veterans Affairs
report, nearly half of Native American
service members served in the Navy.
Currently more than 15,000 active-duty,
reserve, and civilian members of the U.S.
Navy declare themselves American Indian
or Alaskan Natives.
2014 national theme for Native American
Heritage Month, which is observed Nov. 1
through Nov. 30, is Native Pride and Spirit:
Yesterday, Today and Forever.
This encourages the nation to reflect and
celebrate cultures, histories and traditions
of indigenous peoples of North America.
www.usna.edu
≈≈≈≈≈≈≈≈≈≈≈≈≈≈≈≈≈≈≈≈≈≈≈≈≈≈≈≈≈≈≈≈≈≈≈≈≈
WEDNESDAY, NOVEMBER 19TH —
————————————————————
• DORCAS-RUTH CIRCLE MEETS AT 1:30
HOSTESS:  MILDRED SORBER 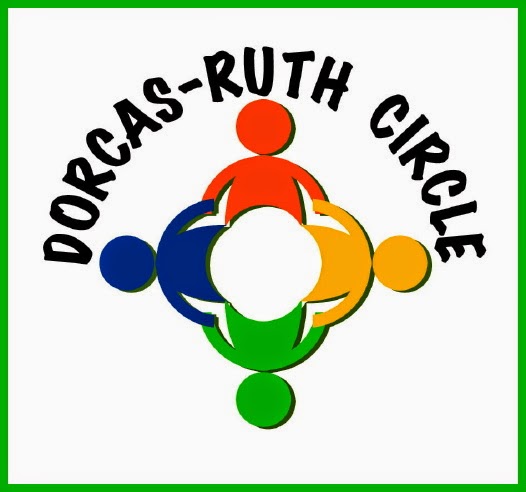 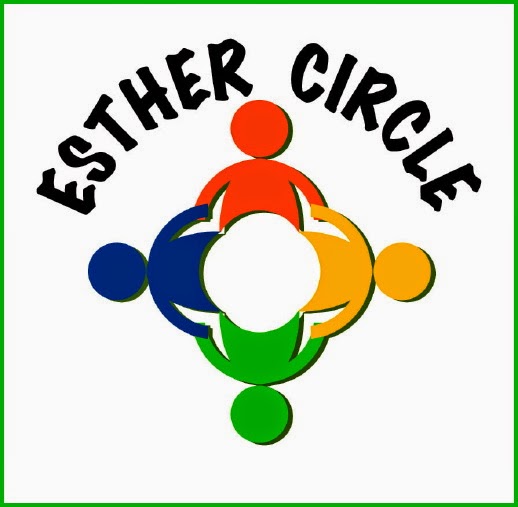 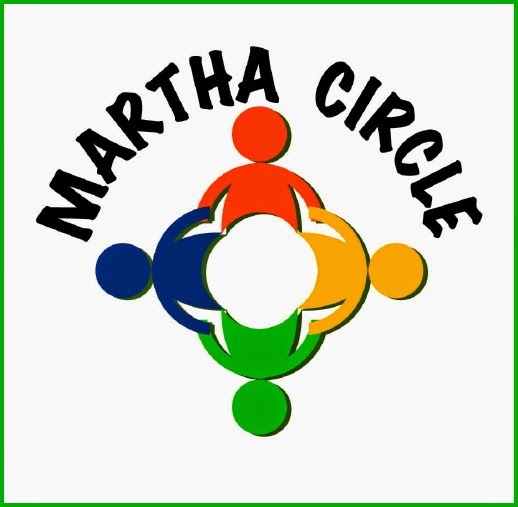 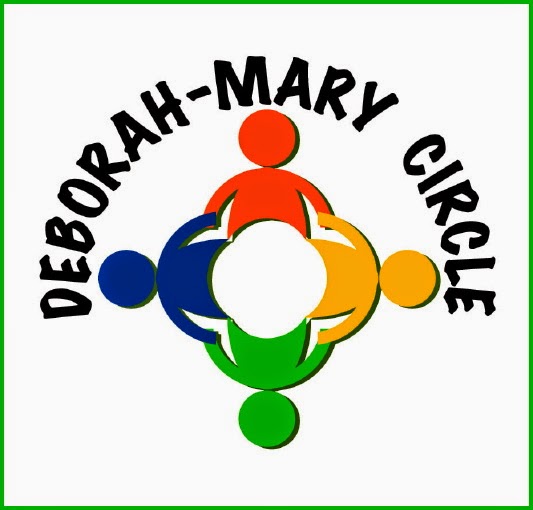 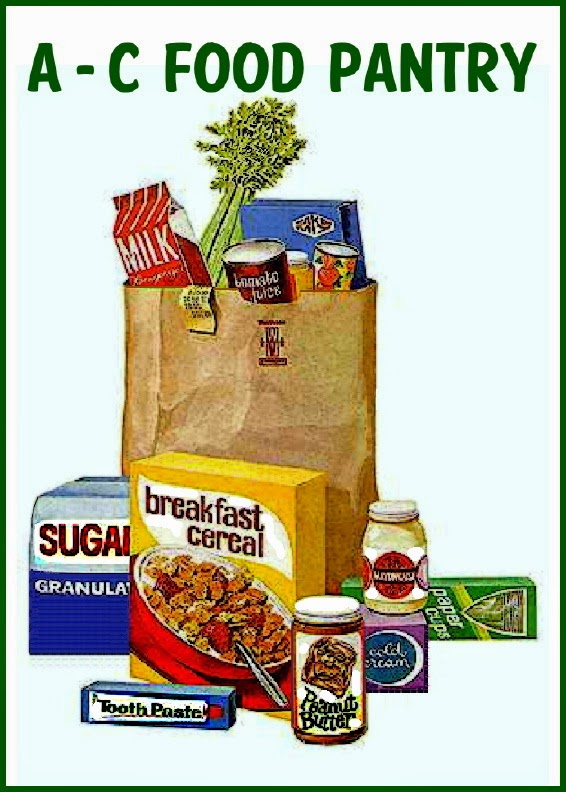 24TH SUNDAY AFTER PENTECOST
COLOR: WHITE OR GOLD
TODAY IS CHRIST THE KING SUNDAY;
This marks the close of Ordinary Time
after Pentecost, as well as the conclusion
of the “standard” Christian liturgical year.
This day was first celebrated by the
Roman Catholic Church in 1925 in
response to attempts by governments in
Mexico and elsewhere to declare
themselves the ultimate authority in the
lives and the religions of their subjects.

This church is at the geographical center
of Mexico as a sign of resistance against
previous efforts by the government of
Mexico to suppress all religious symbols.

Bible Sunday in National Bible Week
(November 23-30)
————————————————————
SCRIPTURE READINGS —
————————————————————
EZEKIEL 34:11-24
THE MESSAGE (MSG)
To the people scattered in exile in Babylon (Iraq), the prophet Ezekiel declares the word of the Lord: "I will seek out my sheep… I will rescue them… I will bring them into their own land." To the Babylonian rulers, God announces that it is God, and not they, who will judge the covenant people, and that God, and not they, will establish a shepherd over them, a descendent of David.
11-16 “‘God, the Master, says: From now
on, I myself am the shepherd. I’m going
looking for them. As shepherds go after
their flocks when they get scattered, I’m
going after my sheep. I’ll rescue them
from all the places they’ve been scattered
to in the storms. I’ll bring them back from
foreign peoples, gather them from foreign
countries, and bring them back to their
home country. I’ll feed them on the
mountains of Israel, along the streams,
among their own people. I’ll lead them into
lush pasture so they can roam the
mountain pastures of Israel, graze at
leisure, feed in the rich pastures on the
mountains of Israel. And I myself will be
the shepherd of my sheep. I myself will
make sure they get plenty of rest. I’ll go
after the lost, I’ll collect the strays, I’ll
doctor the injured, I’ll build up the weak
ones and oversee the strong ones so
they’re not exploited.
17-19 “‘And as for you, my dear flock, I’m
stepping in and judging between one
sheep and another, between rams and
goats. Aren’t you satisfied to feed in good
pasture without taking over the whole
place? Can’t you be satisfied to drink from
the clear stream without muddying the
water with your feet? Why do the rest of
my sheep have to make do with grass
that’s trampled down and water that’s
been muddied?
20-22 “‘Therefore, God, the Master, says: I
myself am stepping in and making things
right between the plump sheep and the
skinny sheep. Because you forced your
way with shoulder and rump and butted at
all the weaker animals with your horns till
you scattered them all over the hills, I’ll
come in and save my dear flock, no longer
let them be pushed around. I’ll step in and
set things right between one sheep and
another.
23-24 “‘I’ll appoint one shepherd over them
all: my servant David. He’ll feed them. He’ll
be their shepherd. And I, God, will be their
God. My servant David will be their prince.
I, God, have spoken.
————————————————————
PSALM 100  (UMH 821)
THE MESSAGE (MSG)

A THANKSGIVING PSALM
1-2 On your feet now—applaud God!
Bring a gift of laughter,
sing yourselves into his presence.
3 Know this: God is God, and God, God.
He made us; we didn’t make him.
We’re his people, his well-tended sheep.
4 Enter with the password: “Thank you!”
Make yourselves at home, talking praise.
Thank him. Worship him.
5 For God is sheer beauty,
all-generous in love,
loyal always and ever.
————————————————————
EPHESIANS 1:15-23
THE MESSAGE (MSG)
Paul reminds Christians in Ephesus of the glorious inheritance of all believers. The same power that raised Christ from death and placed him above every imaginable power is at work on our behalf.
15-19 That’s why, when I heard of the solid
trust you have in the Master Jesus and
your outpouring of love to all the followers
of Jesus, I couldn’t stop thanking God for
you—every time I prayed, I’d think of you
and give thanks. But I do more than thank.
I ask—ask the God of our Master, Jesus
Christ, the God of glory—to make you
intelligent and discerning in knowing him
personally, your eyes focused and clear,
so that you can see exactly what it is he is
calling you to do, grasp the immensity of
this glorious way of life he has for his
followers, oh, the utter extravagance of his
work in us who trust him—endless energy,
boundless strength!
20-23 All this energy issues from Christ:
God raised him from death and set him on
a throne in deep heaven, in charge of
running the universe, everything from
galaxies to governments, no name and no
power exempt from his rule. And not just
for the time being, but forever. He is in
charge of it all, has the final word on
everything. At the center of all this, Christ
rules the church. The church, you see, is
not peripheral to the world; the world is
peripheral to the church. The church is
Christ’s body, in which he speaks and
acts, by which he fills everything with his
presence.
————————————————————
MATTHEW 25:31-46
THE MESSAGE MSG)
The final public teaching of Jesus. At the“Great Assize,” the final Judgment, the King to Come, seated upon a throne and surrounded by the angels, will judge all based on how they have treated “the least of these.” 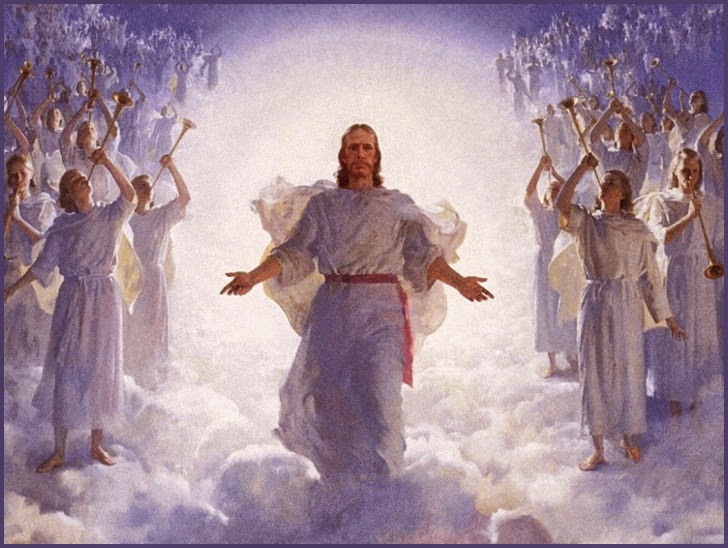 THE SHEEP AND THE GOATS
31-33 “When he finally arrives, blazing in
beauty and all his angels with him, the Son
of Man will take his place on his glorious
throne. Then all the nations will be
arranged before him and he will sort the
people out, much as a shepherd sorts out
sheep and goats, putting sheep to his
right and goats to his left.
34-36 “Then the King will say to those on
his right, ‘Enter, you who are blessed by
my Father! Take what’s coming to you in
this kingdom. It’s been ready for you since
the world’s foundation. And here’s why:

37-40 “Then those ‘sheep’ are going to say,
‘Master, what are you talking about? When
did we ever see you hungry and feed you,
thirsty and give you a drink? And when did
we ever see you sick or in prison and come
to you?’ Then the King will say, ‘I’m telling
the solemn truth: Whenever you did one of
these things to someone overlooked or
ignored, that was me—you did it to me.’
41-43 “Then he will turn to the ‘goats,’ the
ones on his left, and say, ‘Get out,
worthless goats! You’re good for nothing
but the fires of hell. And why? Because— 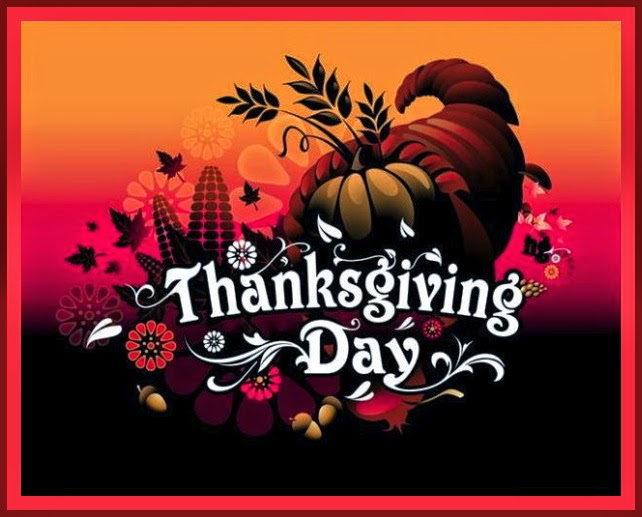 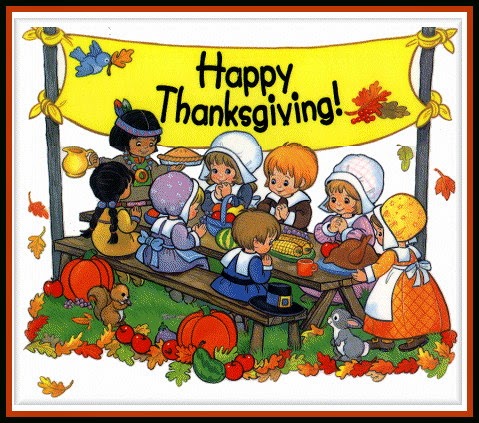 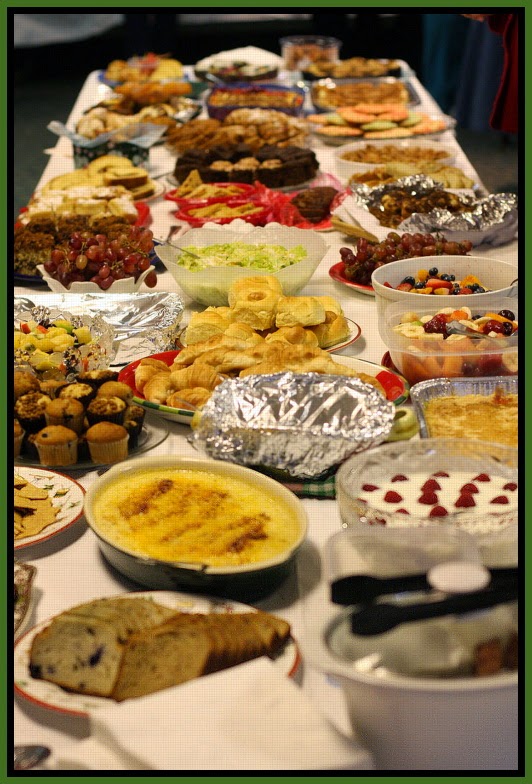 Potluck Dinner at Casey U.M.C. hosted by
Casey U.M.W.
DECORATE THE CHURCH FOR
CHRISTMAS  starting at 4:30 P.M.
————————————————————
• 1864 - Sand Creek Massacre occurred in
Colorado when a militia led by Colonel
John Chivington, killed at least 400
peaceful Cheyenne and Arapaho Indians
who had surrendered and had been given
permission to camp.
• 1975 - Bill Gates adopted the name
Microsoft for the company he and Paul
Allen had formed to write the BASIC
computer language for the Altair.
• 1982 - The U.N. General Assembly voted
that the Soviet Union should withdraw its
troops from Afghanistan.
• 1989 - In Czechoslovakia, the Communist
run parliament ended the party's 40-year
monopoly on power
• 1990 - The U.N. Security Council voted to
authorize military action if Iraq did not
withdraw its troops from Kuwait and
release all foreign hostages by January 15,
1991.
• 1991 - 17 people were killed in a 164
vehicle wreck during a severe dust storm
near Coalinga, California, on Interstate 5.
≈≈≈≈≈≈≈≈≈≈≈≈≈≈≈≈≈≈≈≈≈≈≈≈≈≈≈≈≈≈≈≈≈≈≈≈≈
FUTURE FOCUS —————
SUNDAY, NOVEMBER 30: Advent (Regular)
Year B Begins,
UNITED METHODIST STUDENT DAY

Thank you for your help this week.  It is
very, very much appreciated.