OUR WEEK-NOVEMBER 30TH TO DECEMBER 6TH 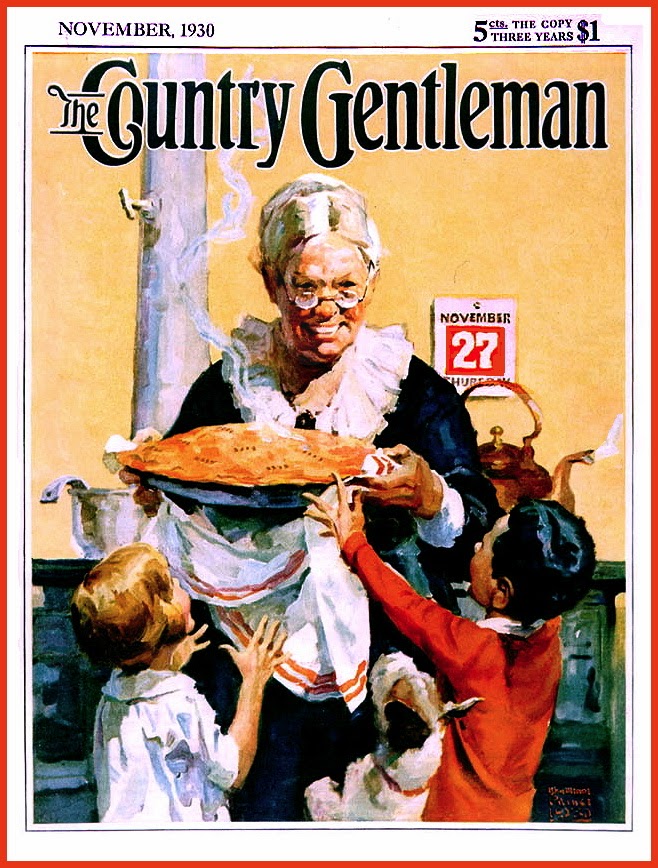 COLOR: PURPLE OR BLUE
———————————————————
SCRIPTURE READINGS —
———————————————————
ISAIAH 64:1-9
THE MESSAGE (MSG)
The prophet calls for God to appear decisively, to "tear open the heavens"
so the nations would tremble. He also confesses the need for such decisive intervention -- the utter sinfulness of humanity, even of those who are part
of God's covenant. Finally, he changes metaphors -- from earthly catastrophe
to remaking pots, begging God to be merciful when God comes.
CAN WE BE SAVED?
1-7 Oh, that you would rip open the
heavens and descend,
make the mountains shudder at your
presence—
As when a forest catches fire,
as when fire makes a pot to boil—
To shock your enemies into facing you,
make the nations shake in their boots!
You did terrible things we never expected,
descended and made the mountains
shudder at your presence.
Since before time began
no one has ever imagined,
No ear heard, no eye seen, a God like you
who works for those who wait for him.
You meet those who happily do what is
right,
who keep a good memory of the way
you work.
But how angry you’ve been with us!
We’ve sinned and kept at it so long!
Is there any hope for us? Can we be
saved?
We’re all sin-infected, sin-contaminated.
Our best efforts are grease-stained rags.
We dry up like autumn leaves—
sin-dried, we’re blown off by the wind.
No one prays to you
or makes the effort to reach out to you
Because you’ve turned away from us,
left us to stew in our sins.

8-12 Still, God, you are our Father.
We’re the clay and you’re our potter:
All of us are what you made us.
Don’t be too angry with us, O God.
Don’t keep a permanent account of
wrongdoing.
Keep in mind, please, we are your
people—all of us.
Your holy cities are all ghost towns:
Zion’s a ghost town,
Jerusalem’s a field of weeds.
Our holy and beautiful Temple,
which our ancestors filled with your
praises,
Was burned down by fire,
all our lovely parks and gardens in
ruins.
In the face of all this,
are you going to sit there unmoved,
God?
Aren’t you going to say something?
Haven’t you made us miserable long
enough?
———————————————————
PSALM 80:1-19
THE MESSAGE (MSG)
The people cry out for restoration from  the midst of exile. "Restore us, Lord
God of hosts. Shine light of your
countenance upon us, that we may be
saved!"
AN ASAPH PSALM
1-2 Listen, Shepherd, Israel’s Shepherd—
get all your Joseph sheep together.
Throw beams of light
from your dazzling throne
So Ephraim, Benjamin, and Manasseh
can see where they’re going.
Get out of bed—you’ve slept long enough!
Come on the run before it’s too late.
3 God, come back!
Smile your blessing smile:
That will be our salvation.
4-6 God, God-of-the-Angel-Armies,
how long will you smolder like a
sleeping volcano
while your people call for fire and
brimstone?
You put us on a diet of tears,
bucket after bucket of salty tears to
drink.
You make us look ridiculous to our
friends;
our enemies poke fun day after day.
7 God-of-the-Angel-Armies, come back!
Smile your blessing smile:
That will be our salvation.
8-18 Remember how you brought a young
vine from Egypt,
cleared out the brambles and briers
and planted your very own vineyard?
You prepared the good earth,
you planted her roots deep;
the vineyard filled the land.
Your vine soared high and shaded the
mountains,
even dwarfing the giant cedars.
Your vine ranged west to the Sea,
east to the River.
So why do you no longer protect your
vine?
Trespassers pick its grapes at will;
Wild pigs crash through and crush it,
and the mice nibble away at what’s left.
God-of-the-Angel-Armies, turn our way!
Take a good look at what’s happened
and attend to this vine.
Care for what you once tenderly planted—
the vine you raised from a shoot.
And those who dared to set it on fire—
give them a look that will kill!
Then take the hand of your once-favorite
child,
the child you raised to adulthood.
We will never turn our back on you;
breathe life into our lungs so we can
shout your name!
19 God, God-of-the-Angel-Armies, come
back!
Smile your blessing smile:
That will be our salvation.
———————————————————
1 CORINTHIANS 1:3-9
THE MESSAGE (MSG)
In the midst of greeting the Christians in Corinth, Paul points to the end - - the coming Day of the Lord - - to call them
to continue to grow and be faithful in
using their spiritual gifts. 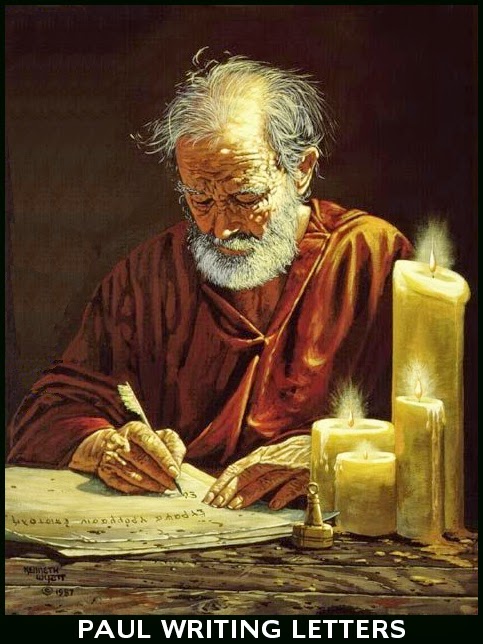 3 May all the gifts and benefits that come
from God our Father, and the Master,
Jesus Christ, be yours.
4-6 Every time I think of you—and I think
of you often!—I thank God for your lives
of free and open access to God, given by
Jesus. There’s no end to what has
happened in you—it’s beyond speech,
beyond knowledge. The evidence of
Christ has been clearly verified in your
lives.
7-9 Just think—you don’t need a thing,
you’ve got it all! All God’s gifts are right
in front of you as you wait expectantly for
our Master Jesus to arrive on the scene
for the Finale. And not only that, but God
himself is right alongside to keep you
steady and on track until things are all
wrapped up by Jesus. God, who got you
started in this spiritual adventure, shares
with us the life of his Son and our Master
Jesus. He will never give up on you. Never
forget that.
———————————————————
MARK 13:24-37
THE MESSAGE MSG)
Jesus describes the end and instructs
his disciples to be on watch for signs
of it. 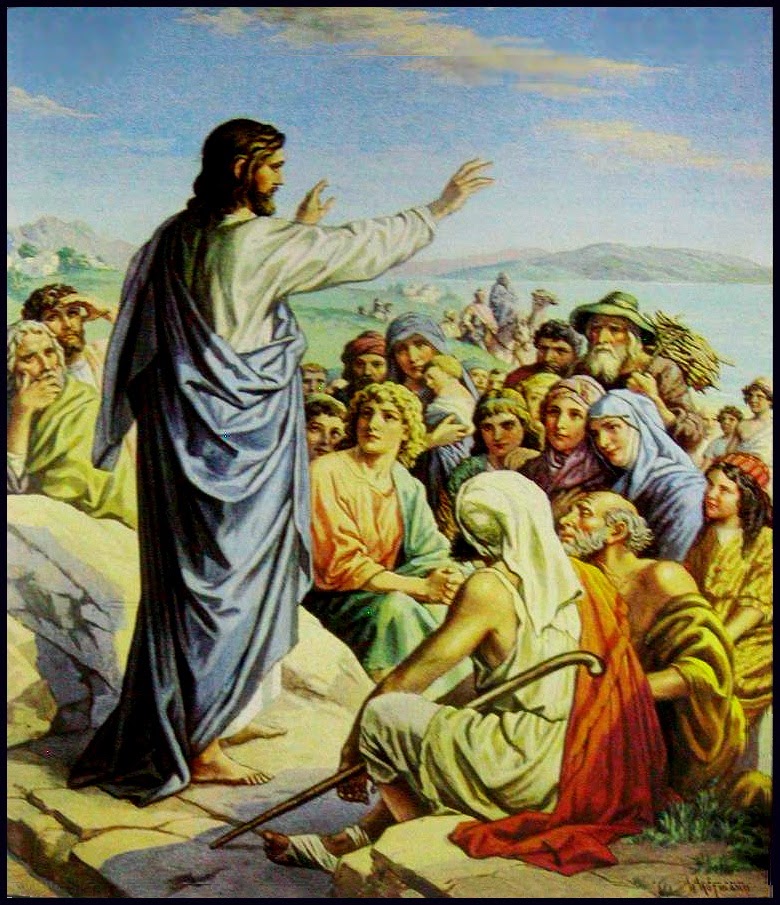 Sun will fade out,
moon cloud over,
Stars fall out of the sky,
cosmic powers tremble.

26-27 “And then they’ll see the Son of Man
enter in grand style, his Arrival filling the
sky—no one will miss it! He’ll dispatch the
angels; they will pull in the chosen from the
four winds, from pole to pole.

28-31 “Take a lesson from the fig tree.
From the moment you notice its buds form,
the merest hint of green, you know
summer’s just around the corner. And so it
is with you. When you see all these things,
you know he is at the door. Don’t take this
lightly. I’m not just saying this for some
future generation, but for this one, too—
these things will happen. Sky and earth
will wear out; my words won’t wear out.

32-37 “But the exact day and hour? No
one knows that, not even heaven’s angels,
not even the Son. Only the Father. So keep
a sharp lookout, for you don’t know the
timetable. It’s like a man who takes a trip,
leaving home and putting his servants in
charge, each assigned a task, and
commanding the gatekeeper to stand
watch. So, stay at your post, watching. You
have no idea when the homeowner is
returning, whether evening, midnight,
cockcrow, or morning. You don’t want him
showing up unannounced, with you asleep
on the job. I say it to you, and I’m saying it
to all: Stay at your post. Keep watch.”
———————————————————
• 1782 - The United States and Britain
signed preliminary peace articles in
Paris, ending the Revolutionary War.
• 1803 - Spain completed the process of
ceding Louisiana to France.
• 1835 - Samuel Langhorne Clemens
was born. He wrote "Tom Sawyer" and
"Huckleberry Finn" under the name
Mark Twain.
• 1838 - Three days after the French
occupation of Vera Cruz, Mexico declared
war on France.
• 1954 - In Sylacauga, Alabama, Elizabeth
Hodges was injured when a meteorite
crashed through the roof of her house.
The rock weighed 8½-pounds.
• 1993 - U.S. President Clinton signed into
law the Brady Bill. The bill required a five
day waiting period for handgun
purchases and background checks of
prospective buyers.
≈≈≈≈≈≈≈≈≈≈≈≈≈≈≈≈≈≈≈≈≈≈≈≈≈≈≈≈≈≈≈≈≈≈≈
MONDAY, DECEMBER 1ST —
— THIS IS WORLD AIDS DAY — 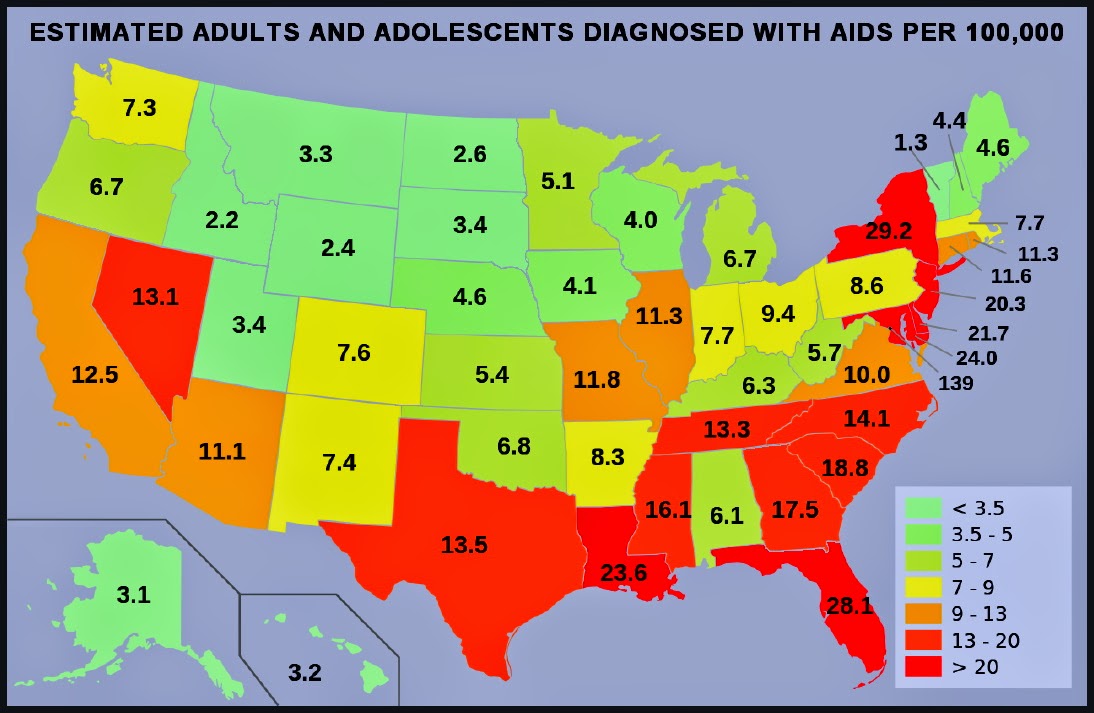 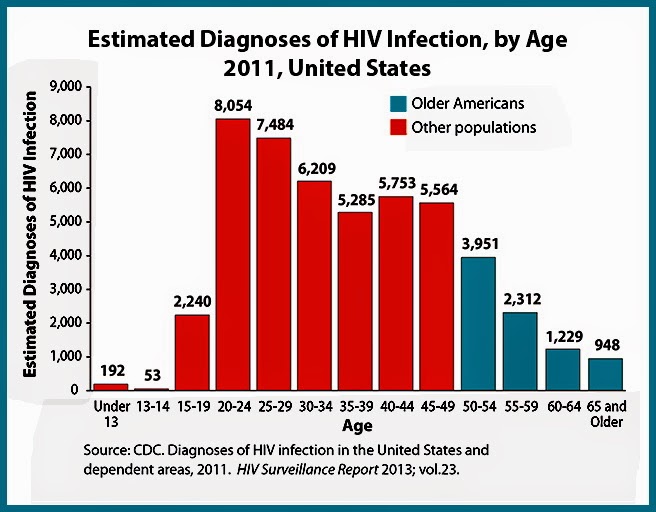 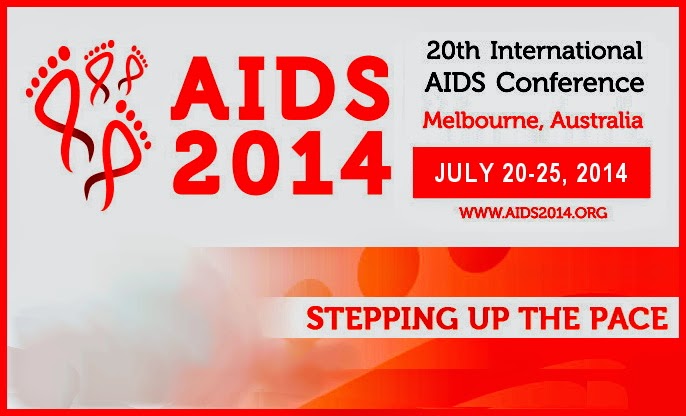 ———————————————————
THE OFFICE IS CLOSED TODAY
———————————————————
• 1835 - Hans Christian Andersen
published his first book of fairy tales.
• 1913 - Ford Motor Co. began using a
new movable assembly line that ushered
in the era of mass production.
• 1942 - In the U.S., nationwide gasoline
rationing went into effect.
• 1943 - In Teheran, leaders of the United
States, the USSR and the United Kingdom
met to reaffirm the goal set on October 30,
1943. The previous meeting called for an
early establishment of an international
organization to maintain peace.
• 1955 - Rosa Parks, a black seamstress in
Montgomery, Alabama, refused to give up
her seat to a white man. Mrs. Parks was
arrested marking a milestone in the civil
rights movement in the U.S.
• 1959 - 12 countries, including the U.S.
and USSR, signed a treaty that set aside
Antarctica as a scientific preserve, which
would be free from military activity.
• 1965 - An airlift of refugees from Cuba to
the United States began.
• 1984 - A remote-controlled Boeing 720
jetliner was deliberately crashed into
California's Mojave Desert to test an anti-
flame fuel additive. The test proved to be
disappointing.
• 1989 - East Germany's Parliament
abolished the Communist Party's
constitutional guarantee of supremacy.
• 1990 - British and French workers
digging the Channel Tunnel finally met
under the English Channel.
• 1991 - Ukrainians voted overwhelmingly
for independence from the Soviet Union.
• 1998 - Exxon announced that it was
buying Mobil for $73.7 billion creating the
largest company in the world to date.
≈≈≈≈≈≈≈≈≈≈≈≈≈≈≈≈≈≈≈≈≈≈≈≈≈≈≈≈≈≈≈≈≈≈≈≈
TUESDAY, DECEMBER 2ND —
Happy Birthday Stan Kading!
Happy Birthday Jack Spangler!
———————————————————
• 1804 - Napoleon was crowned emperor
of France at the Cathedral of Notre Dame
in Paris.
• 1816 - The first savings bank in the U.S.,
the Philadelphia Savings Fund Society,
opened for business.
• 1927 - The Ford Motor Company
unveiled the Model A automobile. It was
the successor to the Model T.
• 1954 - The U.S. Senate voted to
condemn Senator Joseph R. McCarthy
for what it called "conduct that tends to
bring the Senate into dishonor and
disrepute." The censure was related to
McCarthy's lawless controversial
investigation of suspected communists
in the U.S. government, military and
civilian society.
• 1980 - Central Committee of Poland’s
Communist Party announced major
Politburo changes. The changes were
aimed at coping with major labor unrest.
• 1990 - The Midwest section of the U.S.
prepared for a massive earthquake
predicted by Iben Browning. Nothing
happened.
• 1998 - Microsoft Corp. chairman Bill
Gates donated $100 million to help
immunize children in developing
countries.
≈≈≈≈≈≈≈≈≈≈≈≈≈≈≈≈≈≈≈≈≈≈≈≈≈≈≈≈≈≈≈≈≈≈≈
WEDNESDAY, DECEMBER 3RD —
• ADAIR UMW CHRISTMAS PARTY IN   ADAIR U.M.C. - AT NOON 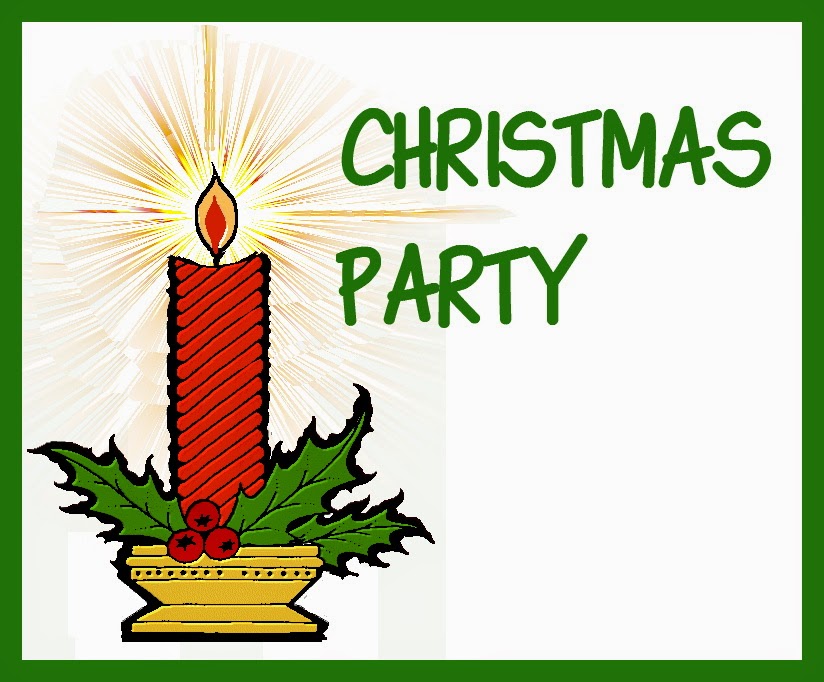 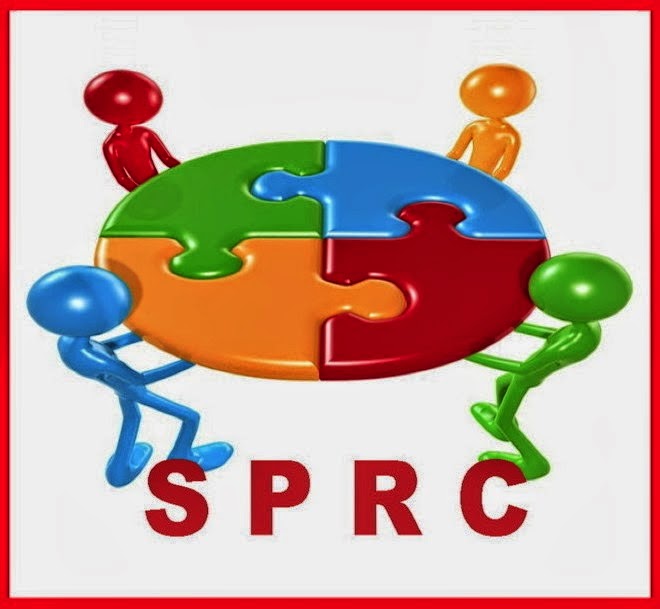 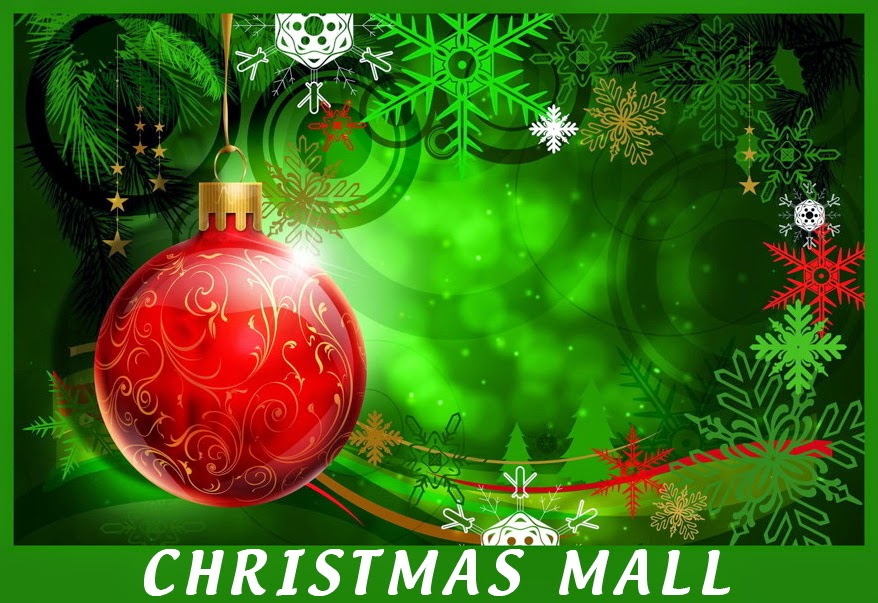