OUR WEEK-NOVEMBER 16TH TO NOVEMBER 22ND

R E M I N D E R S —
≈≈≈≈≈≈≈≈≈≈≈≈≈≈≈≈≈≈≈≈≈≈≈≈≈≈≈≈≈≈≈≈≈≈≈≈
NOVEMBER IS —
NATIVE AMERICAN HERITAGE MONTH
One of the very proponents of an
American Indian Day was Dr. Arthur C.
Parker, a Seneca Indian, who was the
director of the Museum of Arts and
Science in Rochester, New York.
In 1915, Red Fox James, Blackfoot
Indian, rode horseback from state to state
seeking approval for a day to honor
Indians. On December 14, 1915, he
presented the endorsements of 24 state
governments at the White House. There
is no record, however, of a national day
being proclaimed.
In 1990 President George H. W. Bush
approved a joint resolution designating
November 1990 "National American
Indian Heritage Month."
Early Indian School - 1910 — 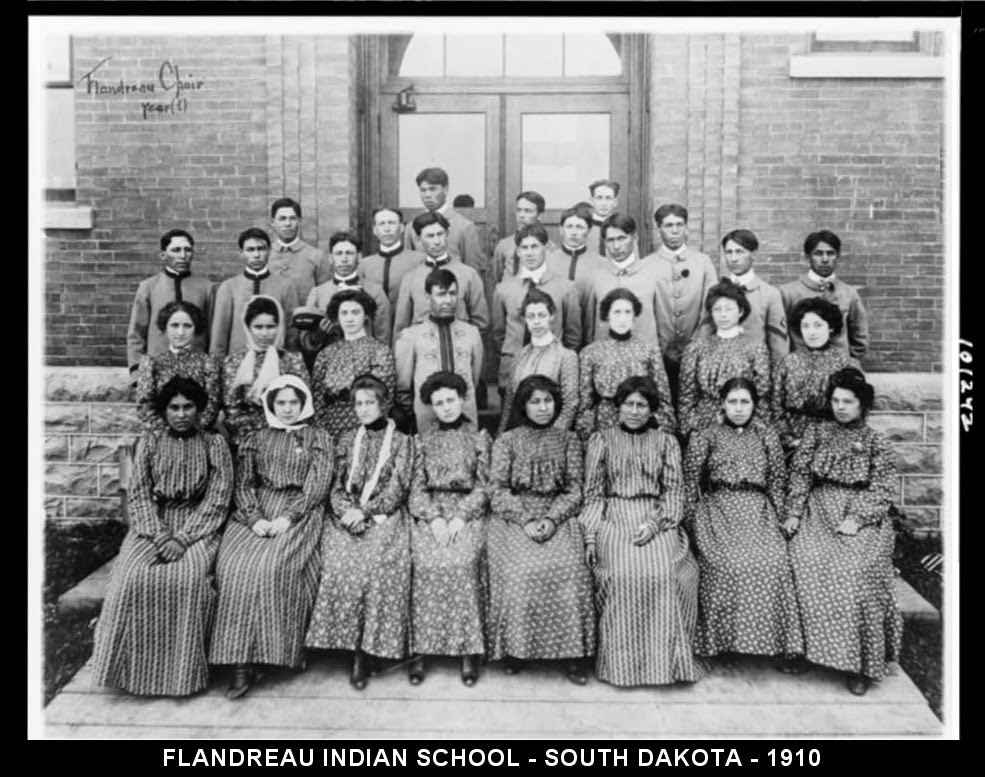 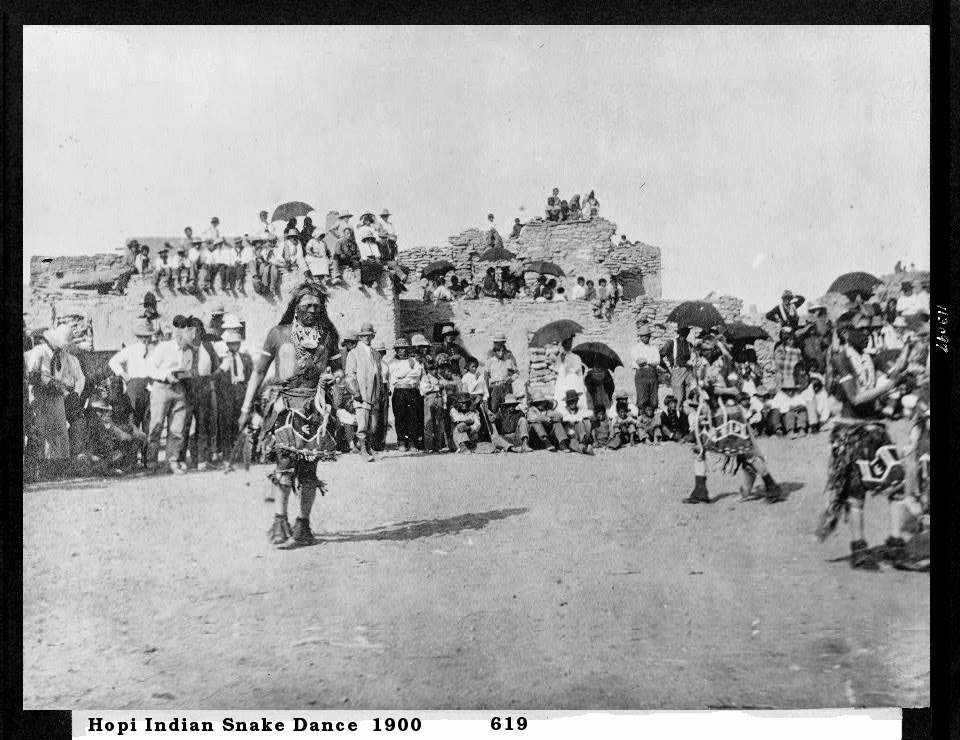 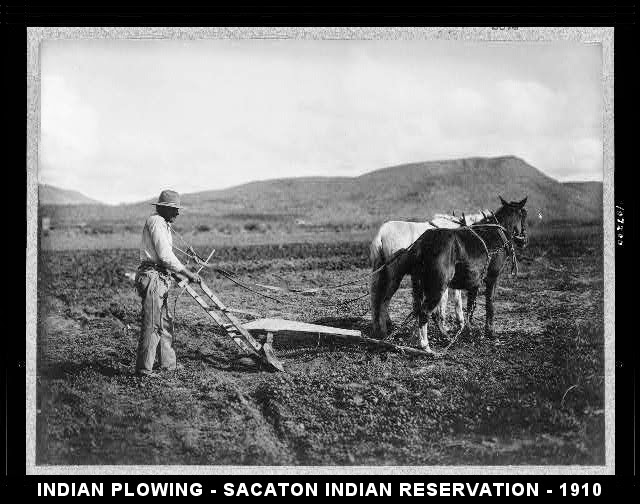 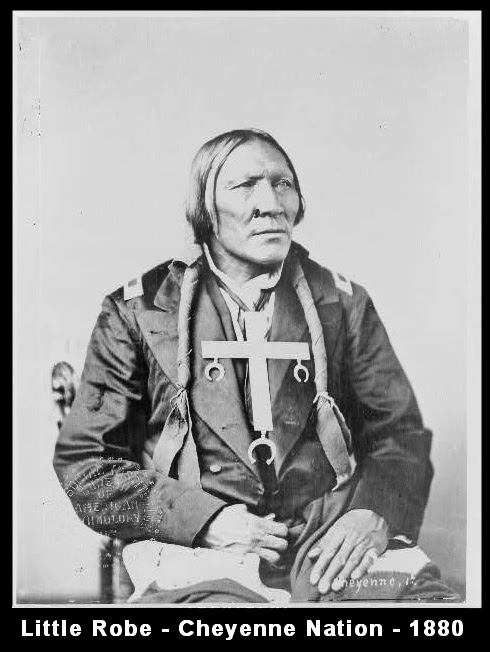 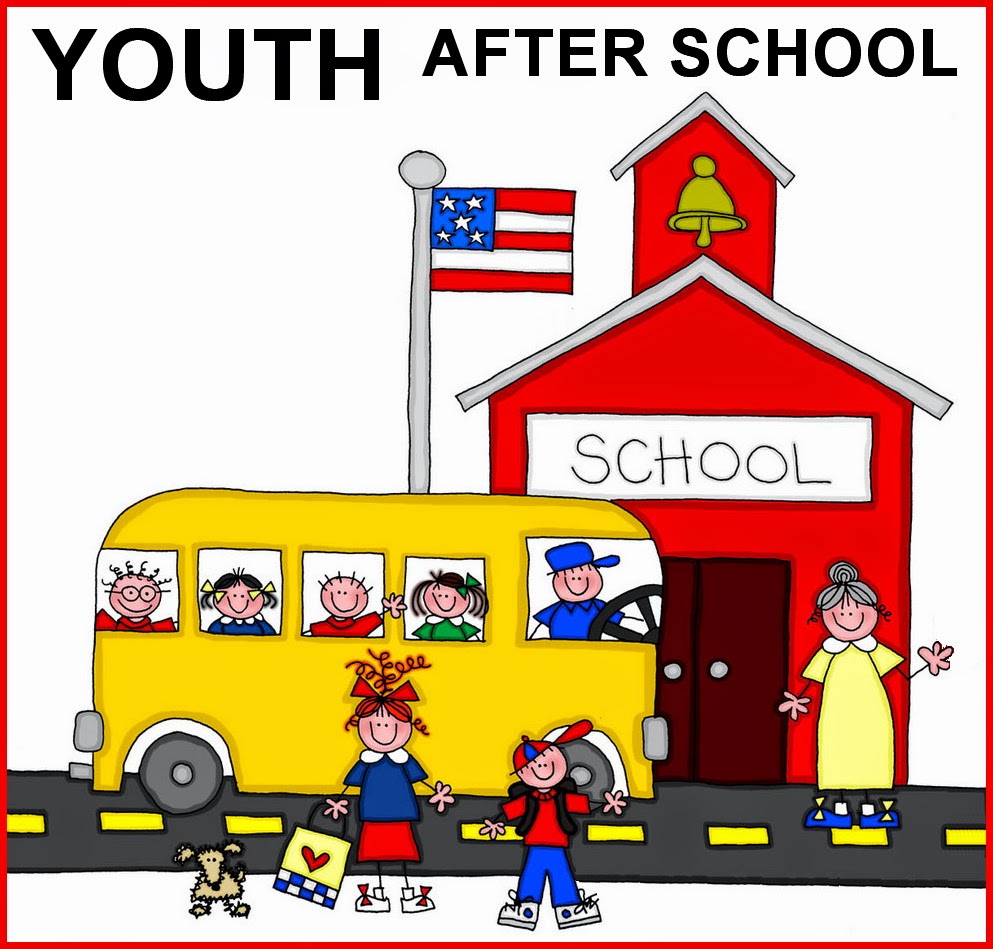 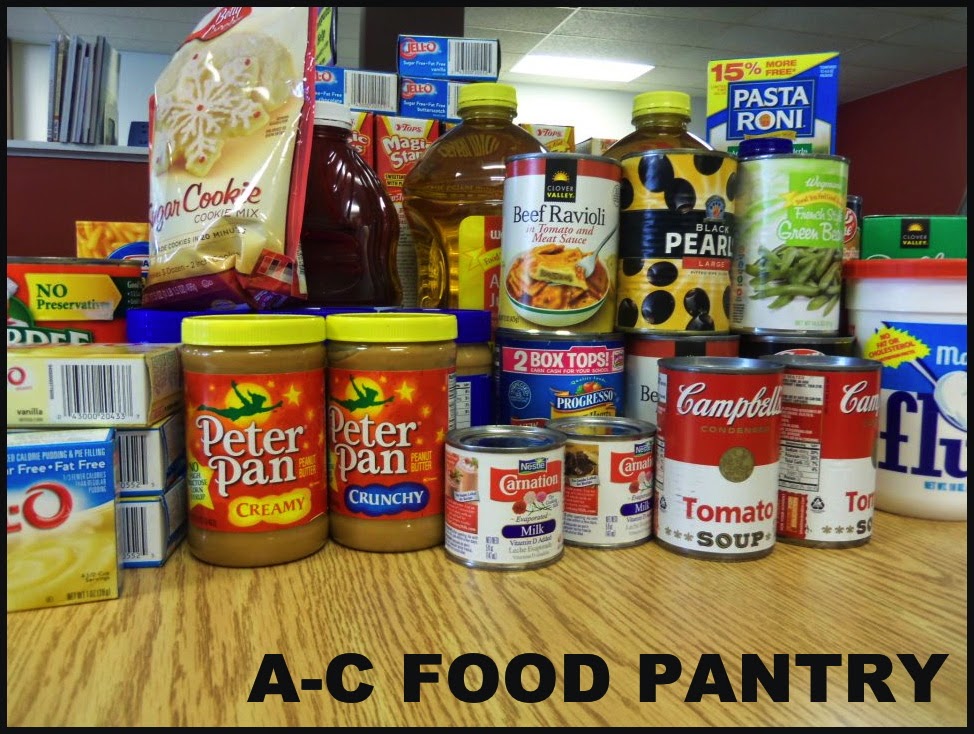 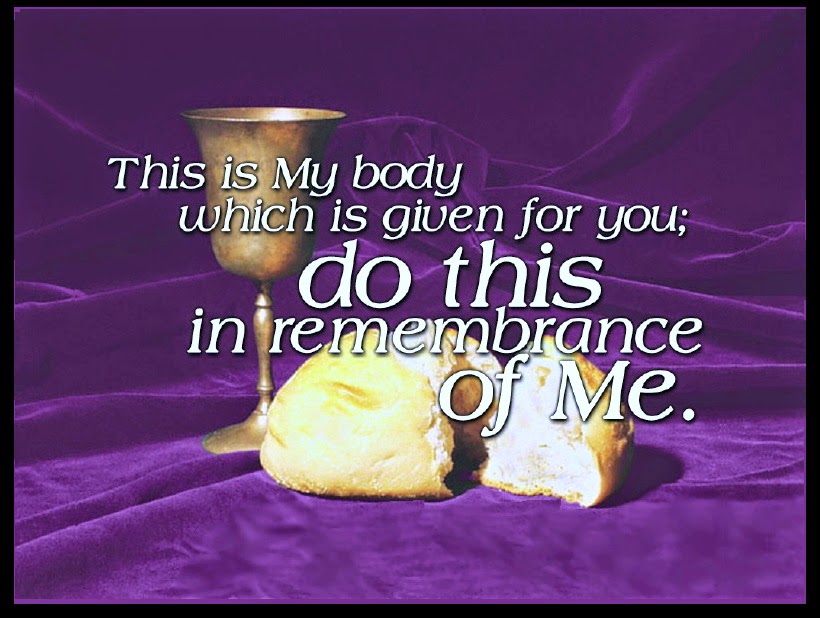 Dear Friends,
We have an excellent opportunity to
become educated about the possible
restructuring of the Iowa Conference
of the U.M.C., and to voice concerns and
offer guidance for possible consideration before final recommendations are presented for voting during the June 2015 Annual Conference.  The Conference Treasurer will be at First United Methodist Church in Atlantic this coming Sunday, Nov. 16 at 6:30 P.M. to speak to
us and to answer any concerns that you
might have. Below is the letter from our District Superintendent, Terra Amundson, that I included in this past Sunday's bulletin about the upcoming meeting.  I will be attending this meeting, so I'd love to have a car full or two go along.  As in all areas of our lives, the more we educate ourselves on the issues at hand and
listen to the communication first hand,
the better our lives are for it.  Thank you for your prayerful
consideration.Yours in Christ,Pastor Melodee———————————————————Friends, Terry Montgomery, the Iowa Annual Conference Treasurer and Director of Administrative Services will be in the district SUNDAY, NOVEMBER 16th,
sharing the recommendations from the
Conference Redesign Taskforce.  These
meetings will take place at Broadway/
Council Bluffs, at 2:00, and at
Atlantic 1st United, at 6:30. These meetings are an opportunity to become educated about the work of the taskforce, and to hear recommendations being considered for Conference restructuring.  It is also an opportunity to voice concerns and to offer guidance for possible consideration before final recommendations are presented for
voting during the June 2015 Annual
Conference. I encourage the laity and clergy of the Southwest District to make every effort
to attend one of these meetings on
November 16th as a means of learning
about and influencing decisions as to
the future form and function of Iowa
Annual Conference. Grace and Peace,Terra AmundsonSouthwest District Superintendent
———————————————————
SCRIPTURE READINGS —
———————————————————
JUDGES 4:1-7
THE MESSAGE (MSG)
After Ehud's death, the Israelites again began to "do evil." The narrator tells us this is why they fell into the hands of Jabin, a Canaanite king, King Jabin of Canaan reaps the benefit of Israel’s evil. For twenty years, he was able to hold sway over the people by the strength of his military personnel and technology. The Israelites prayed for God's help. God used Deborah, a judge, and Barak, a military leader, to free them.
DEBORAH
1-3 The People of Israel kept right on
doing evil in God’s sight. With Ehud dead,
God sold them off to Jabin king of Canaan
who ruled from Hazor. Sisera, who lived in
Harosheth Haggoyim, was the commander
of his army. The People of Israel cried out
to God because he had cruelly oppressed
them with his nine hundred iron chariots
for twenty years.

4-5 Deborah was a prophet, the wife of
Lappidoth. She was judge over Israel at
that time. She held court under Deborah’s
Palm between Ramah and Bethel in the
hills of Ephraim. The People of Israel went
to her in matters of justice. 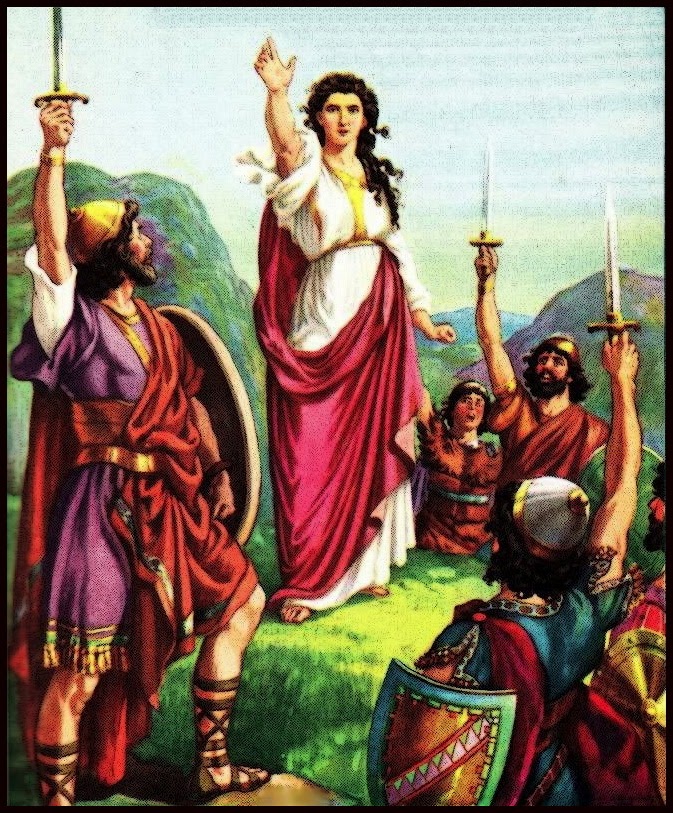 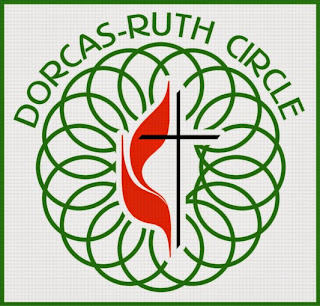 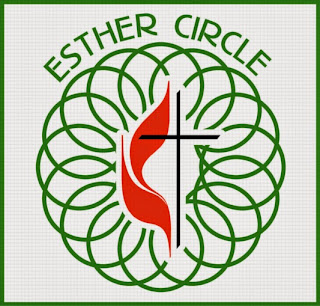 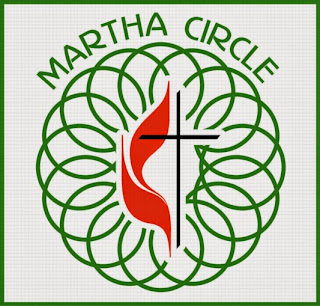 ———————————————————
• 1794 - Britain's King George III signed
the Jay Treaty, which resolved the issues
left over from the Revolutionary War.
• 1863 - U.S. President Lincoln delivered
his Gettysburg Address as he dedicated a
national cemetery at the site of the Civil
War battlefield in Pennsylvania.
• 1919 - After World War I, the U.S. Senate
rejected the Treaty of Versailles with a
vote of 55 in favor to 39 against. A
two-thirds majority was needed for
ratification.
The new provisions to the treaty forced
Germany to disarm, make substantial
territorial concessions, and pay many
reparations to certain countries in the
amount of 132 billion Marks, roughly
equivalent to $442 billion US in 2014.
• 1997 - In Carlisle, IA, septuplets were
born to Bobbi McCaughey. It was only the
second known case where all seven were
born alive.
• 2002 - The U.S. government completed its
takeover of security in 424 airports
nationwide.
• 2007 - The Amazon Kindle was first
released.
≈≈≈≈≈≈≈≈≈≈≈≈≈≈≈≈≈≈≈≈≈≈≈≈≈≈≈≈≈≈≈≈≈≈≈≈≈
THURSDAY, NOVEMBER 20TH —
DEBORAH-MARY CIRCLE MEETS TODAY
AT 2 P.M. 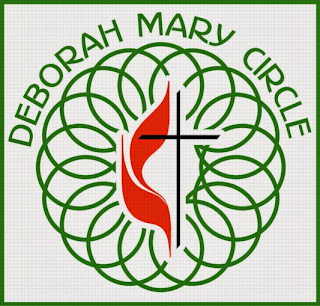 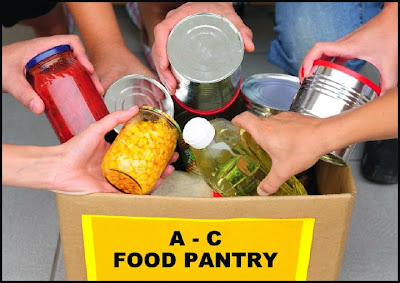 ————————————————————
• 1699 - A treaty was signed by Denmark,
Russia, Saxony and Poland for partitioning
of the Swedish Empire.
• 1718 - English pirate Edward Teach (a.k.a.
"Blackbeard") was killed during a battle off
the coast of North Carolina. British soldiers
cornered him aboard his ship.
• 1943 - U.S. President Franklin Roosevelt,
British Prime Minister Winston Churchill
and Chinese leader Chiang Kai-shek met
in Cairo to discuss the measures for
defeating Japan.
• 1963 - U.S. President Kennedy was
assassinated while riding in a motorcade
in Dallas, Texas. Texas Governor John B.
Connally was also seriously wounded.
• 1985 - 38,648 immigrants became citizens
of the United States. It was the largest ever
swearing-in ceremony.
• 2005 - Angela Merkel was elected as
Germany's first female chancellor.
≈≈≈≈≈≈≈≈≈≈≈≈≈≈≈≈≈≈≈≈≈≈≈≈≈≈≈≈≈≈≈≈≈≈≈≈≈
FUTURE FOCUS —————
SUNDAY, NOVEMBER 23RD IS
CHRIST THE KING SUNDAY
Bible Sunday in National Bible Week
(November 23-30).
• The office will probably be open Monday
November 24th, Tuesday, 25th, and
Wednesday, 26th before Thanksgiving  —
(unless we have a blizzard). 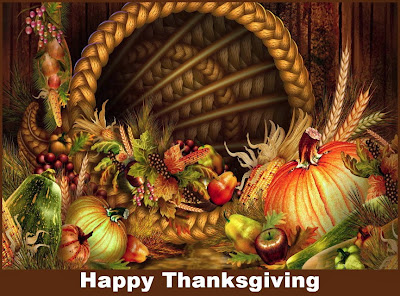 Thank you very much for your selfless
contributions this week.  You are the
beating heart that keeps the church alive.