R E M I N D E R S —
≈≈≈≈≈≈≈≈≈≈≈≈≈≈≈≈≈≈≈≈≈≈≈≈≈≈≈≈≈≈≈≈≈≈≈≈≈
NOVEMBER IS - - -
NATIVE AMERICAN HERITAGE MONTH
Why are indigenous people called indians?
Since Christopher Columbus began his
journey to America with the intent of
finding an alternate route to Asia, it is said
he assumed that the people he came in
contact with upon reaching India, were
Indians.  Even after he knew this was not
India, the name remained in use. 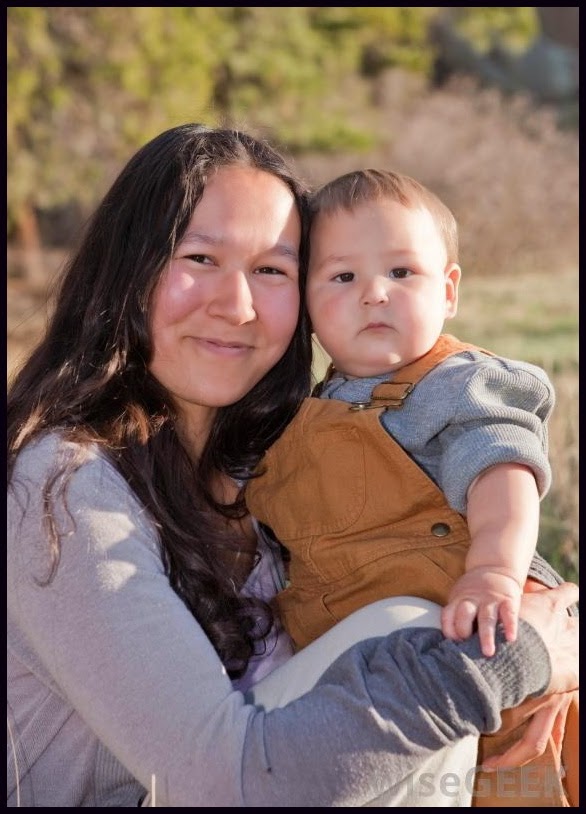 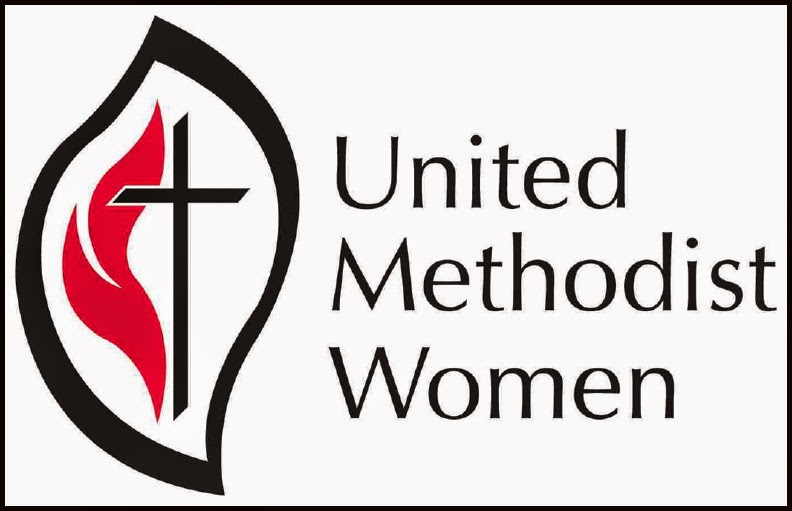 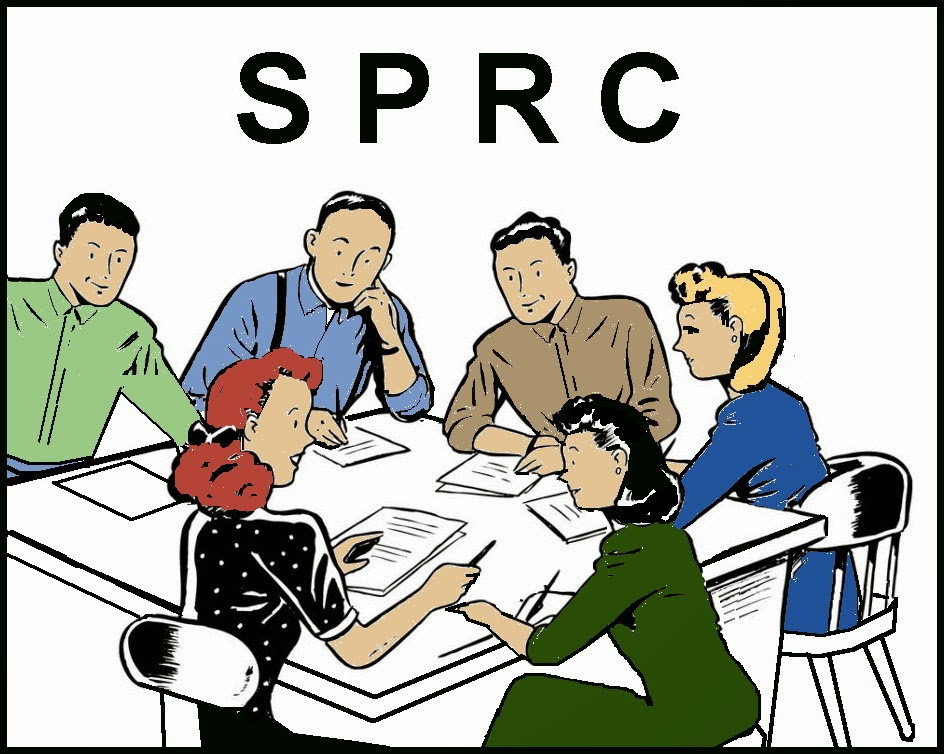 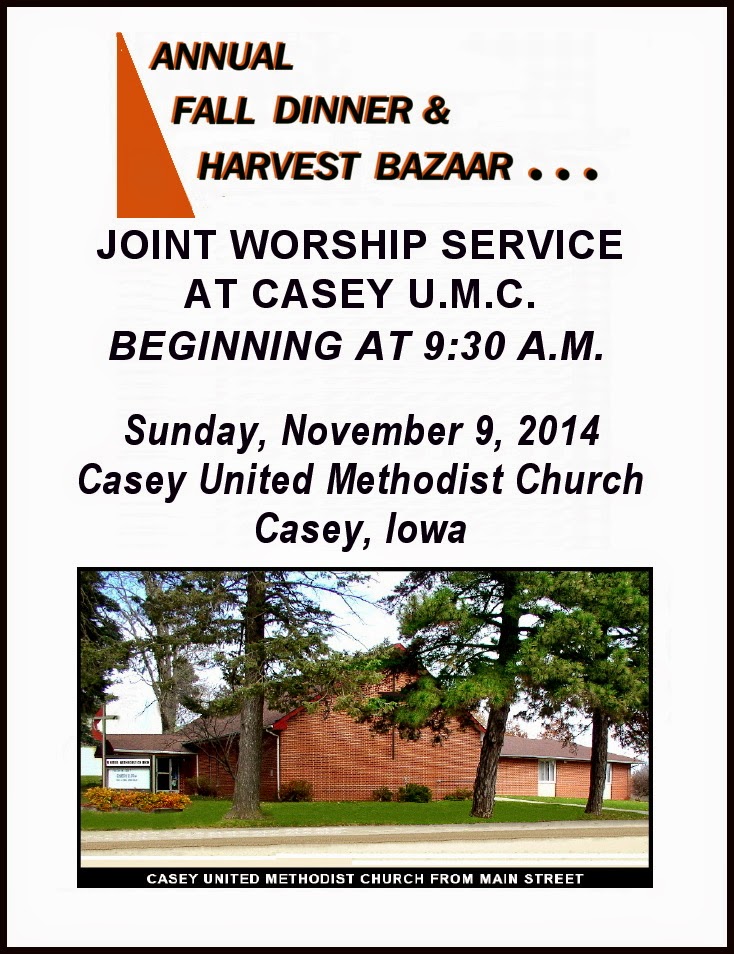 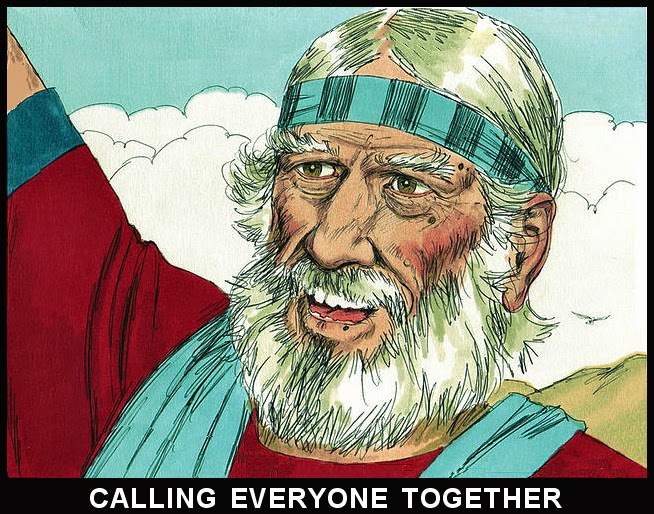 1-2 Joshua called together all the tribes of
Israel at Shechem. He called in the elders,
chiefs, judges, and officers. They
presented themselves before God. Then
Joshua addressed all the people:

2-6 “This is what God, the God of Israel,
says: A long time ago your ancestors,
Terah and his sons Abraham and Nahor,
lived to the east of the River Euphrates.
They worshiped other gods. I took your
ancestor Abraham from the far side of The
River. I led him all over the land of Canaan
and multiplied his descendants. I gave him
Isaac. Then I gave Isaac Jacob and Esau. I
let Esau have the mountains of Seir as
home, but Jacob and his sons ended up in
Egypt. I sent Moses and Aaron. I hit Egypt
hard with plagues and then led you out of
there. I brought your ancestors out of
Egypt. You came to the sea, the Egyptians
in hot pursuit with chariots and cavalry, to
the very edge of the Red Sea!

7-10 “Then they cried out for help to God.
He put a cloud between you and the
Egyptians and then let the sea loose on
them. It drowned them.

“You watched the whole thing with your
own eyes, what I did to Egypt. And then
you lived in the wilderness for a long time.
I brought you to the country of the
Amorites, who lived east of the Jordan,
and they fought you. But I fought for you
and you took their land. I destroyed them
for you. Then Balak son of Zippor made
his appearance. He was the king of Moab.
He got ready to fight Israel by sending for
Balaam son of Beor to come and curse
you. But I wouldn’t listen to Balaam—he
ended up blessing you over and over! I
saved you from him.

11 “You then crossed the Jordan and
came to Jericho. The Jericho leaders
ganged up on you as well as the Amorites,
Perizzites, Canaanites, Hittites,
Girgashites, Hivites, and Jebusites, but I
turned them over to you.

12 “I sent the Hornet ahead of you. It
drove out the two Amorite kings—did your
work for you. You didn’t have to do a thing,
not so much as raise a finger.

13 “I handed you a land for which you did
not work, towns you did not build. And
here you are now living in them and eating
from vineyards and olive groves you did
not plant.

14 “So now: Fear God. Worship him in
total commitment. Get rid of the gods
your ancestors worshiped on the far side
of The River (the Euphrates) and in Egypt.
You, worship God.

15 “If you decide that it’s a bad thing to
worship God, then choose a god you’d
rather serve—and do it today. Choose one
of the gods your ancestors worshiped
from the country beyond The River, or one
of the gods of the Amorites, on whose
land you’re now living. 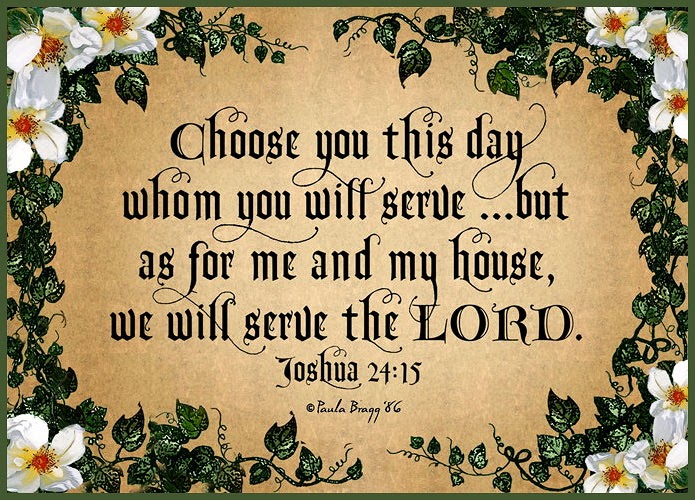 As for me and my family, we’ll worship
God.”

17-18 “God is our God! He brought up our
ancestors from Egypt and from slave
conditions. He did all those great signs
while we watched. He has kept his eye on
us all along the roads we’ve traveled and
among the nations we’ve passed through.
Just for us he drove out all the nations,
Amorites and all, who lived in the land.

“Count us in: We too are going to worship
God. He’s our God.”

19-20 Then Joshua told the people: “You
can’t do it; you’re not able to worship God.
He is a holy God. He is a jealous God. He
won’t put up with your fooling around and
sinning. When you leave God and take up
the worship of foreign gods, he’ll turn
right around and come down on you hard.
He’ll put an end to you—and after all the
good he has done for you!” 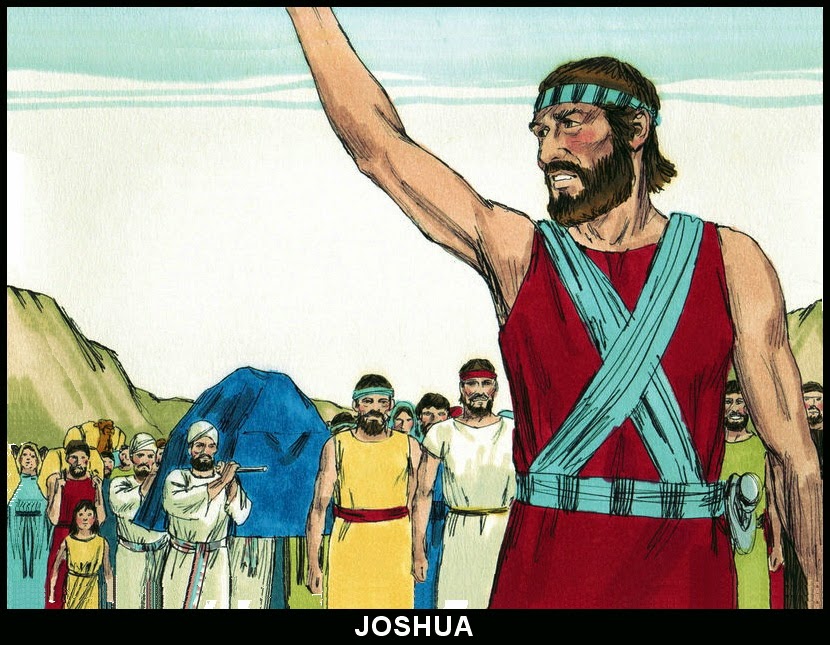 22 And so Joshua addressed the people:
“You are witnesses against yourselves
that you have chosen God for yourselves
—to worship him.”

And they said, “We are witnesses.”

23 Joshua said, “Now get rid of all the
foreign gods you have with you. Say an
unqualified Yes to God, the God of Israel.”

24 The people answered Joshua, “We will
worship God. What he says, we’ll do.”

25-26 Joshua completed a Covenant for
the people that day there at Shechem. He
made it official, spelling it out in detail.
Joshua wrote out all the directions and
regulations into the Book of The
Revelation of God. Then he took a large
stone and set it up under the oak that was
in the holy place of God.
————————————————————
PSALM 78:1-7
THE MESSAGE (MSG)
An Asaph Psalm
1-4 Listen, dear friends, to God’s truth,
bend your ears to what I tell you.
I’m chewing on the morsel of a proverb;
I’ll let you in on the sweet old truths,
Stories we heard from our fathers,
counsel we learned at our mother’s
knee.
We’re not keeping this to ourselves,
we’re passing it along to the next
generation—
God’s fame and fortune,
the marvelous things he has done.

5-8 He planted a witness in Jacob,
set his Word firmly in Israel,
Then commanded our parents
to teach it to their children
So the next generation would know,
and all the generations to come—
Know the truth and tell the stories
so their children can trust in God,
Never forget the works of God
but keep his commands to the letter.
Heaven forbid they should be like their
parents,
bullheaded and bad,
A fickle and faithless bunch
who never stayed true to God
————————————————————
I THESSALONIANS 4:13-18
THE MESSAGE (MSG)
"Strength for Today, Bright Hope for Tomorrow".     The lectionary selection is the second part of the "meat" of this letter, addressing the church's need for clearer teaching about eschatology (the part of theology concerned with death, judgment, and a final destiny of the soul.) The first part deals with sexuality.
THE MASTER’S COMING
13-14 And regarding the question, friends,
that has come up about what happens to
those already dead and buried, we don’t
want you in the dark any longer. First off,
you must not carry on over them like
people who have nothing to look forward
to, as if the grave were the last word.
Since Jesus died and broke loose from
the grave, God will most certainly bring
back to life those who died in Jesus.

15-18 And then this: We can tell you with
complete confidence—we have the
Master’s word on it—that when the Master
comes again to get us, those of us who
are still alive will not get a jump on the
dead and leave them behind. In actual
fact, they’ll be ahead of us. The Master
himself will give the command. Archangel
thunder! God’s trumpet blast! He’ll come
down from heaven and the dead in Christ
will rise—they’ll go first. Then the rest of
us who are still alive at the time will be
caught up with them into the clouds to
meet the Master. Oh, we’ll be walking on
air! And then there will be one huge family
reunion with the Master. So reassure one
another with these words.
————————————————————
MATTHEW 25:1-13
THE MESSAGE MSG)
Near the conclusion of his public teaching in the temple, Jesus warns his hearers to be ready like bridesmaids who brought sufficient oil for their lamps.
THE STORY OF THE VIRGINS
1-5 “God’s kingdom is like ten young
virgins who took oil lamps and went out
to greet the bridegroom. Five were silly
and five were smart. The silly virgins took
lamps, but no extra oil. The smart virgins
took jars of oil to feed their lamps. The
bridegroom didn’t show up when they
expected him, and they all fell asleep.
6 “In the middle of the night someone
yelled out, ‘He’s here! The bride-groom’s
here! Go out and greet him!’
7-8 “The ten virgins got up and got their
lamps ready. The silly virgins said to the
smart ones, ‘Our lamps are going out;
lend us some of your oil.’
9 “They answered, ‘There might not be
enough to go around; go buy your own.’
10 “They did, but while they were out
buying oil, the bridegroom arrived. When
everyone who was there to greet him had
gone into the wedding feast, the door was
locked.
11 “Much later, the other virgins, the silly
ones, showed up and knocked on the
door, saying,‘Master, we’re here. Let us in.’
12 “He answered, ‘Do I know you? I don’t
think I know you.’
13 “So stay alert. You have no idea when
he might arrive.
————————————————————
• 1872 - A fire destroyed 800 buildings in
Boston, Massachusetts.
• 1906 - U.S. President Theodore
Roosevelt left for Panama to see the
progress on the new canal. It was the first
foreign trip by a U.S. president.
• 1918 - Germany's Kaiser Wilhelm II
announced he would abdicate. He then
fled to the Netherlands.
• 1923 - In Munich, the Beer Hall Putsch
was crushed by German troops that were
loyal to the democratic government. The
event began the evening before when
Adolf Hitler took control of a beer hall of
Bavarian government leaders at gunpoint.
• 1938 - Nazi troops and sympathizers
destroyed and looted 7,500 Jewish
businesses, burned 267 synagogues,
killed 91 Jews, and rounded up 25,000 +
Jewish men in an event that was known as
Kristallnacht or "Night of Broken Glass."
• 1963 - In Japan, about 450 miners were
killed in a coal-dust explosion.
• 1976 - The U.N. General Assembly
approved ten resolutions condemning the
apartheid government in South Africa.
• 1984 - "Three Servicemen,"a bronze
statue titled  by Frederick Hart, was
unveiled at the site of the Vietnam
Veterans Memorial in Washington, DC.
• 1989 - Communist East Germany opened
its borders, allowing its citizens to travel
freely to West Germany and the numbers
were overwhelming.
• 1998 - A federal judge in New York
approved the richest antitrust settlement
in U.S. history. A leading brokerage firm
was ordered to pay $1.03 billion to
investors who had sued over price-rigging
of Nasdaq stocks.
≈≈≈≈≈≈≈≈≈≈≈≈≈≈≈≈≈≈≈≈≈≈≈≈≈≈≈≈≈≈≈≈≈≈≈≈≈
MONDAY, NOVEMBER 10TH —
Happy Birthday Eric Wedemeyer!
THE OFFICE IS CLOSED TODAY
————————————————————
• 1775 - The U.S. Marines were organized
under authority of Continental Congress.
The Marines went out of existence after
the Revolutionary War in April of 1783. The
Marine Corps was formally re-established
on July 11, 1798. This day is observed as
the birth date of the United States Marine
Corps.
• 1871 - Henry M. Stanley, journalist and
explorer, found David Livingstone.
Livingstone was a missing Scottish
missionary in central Africa.
• 1919 - The American Legion held its first
national convention, in Minneapolis, MN.
• 1969 - "Sesame Street" made its debut
on PBS.
• 1970 - The Great Wall of China opened to
tourists.
≈≈≈≈≈≈≈≈≈≈≈≈≈≈≈≈≈≈≈≈≈≈≈≈≈≈≈≈≈≈≈≈≈≈≈≈≈
TUESDAY, NOVEMBER 11TH —
Happy Birthday Julie Schow!
• THIS IS VETERANS DAY •  On this day in
1918, the Allied army and Germany signed
an armistice. 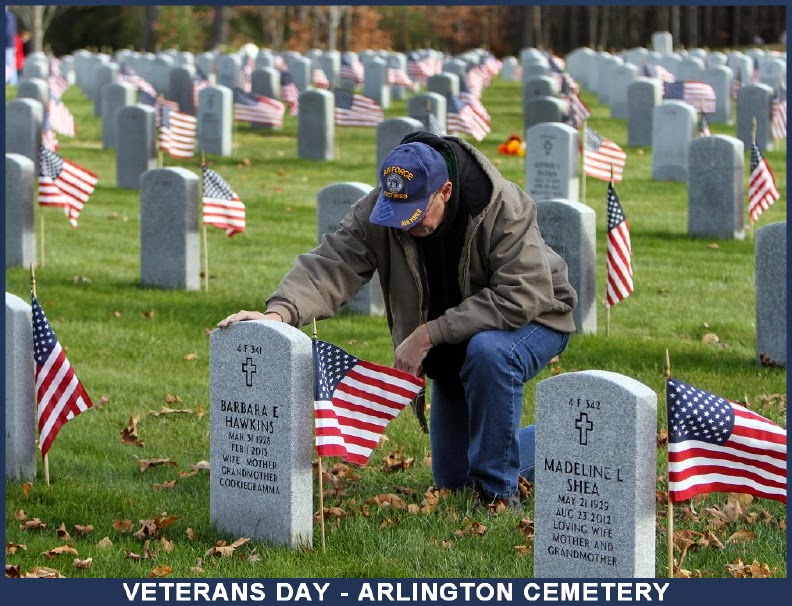 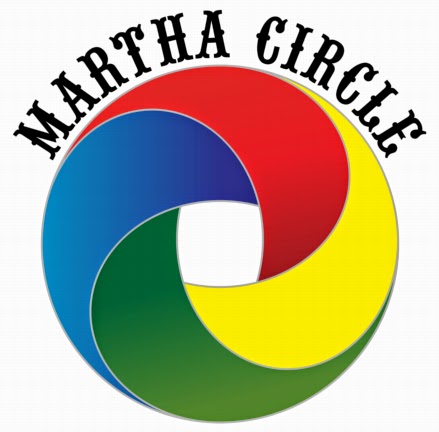 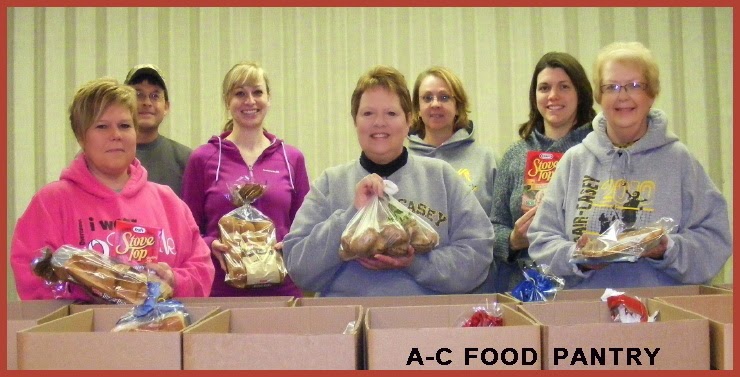