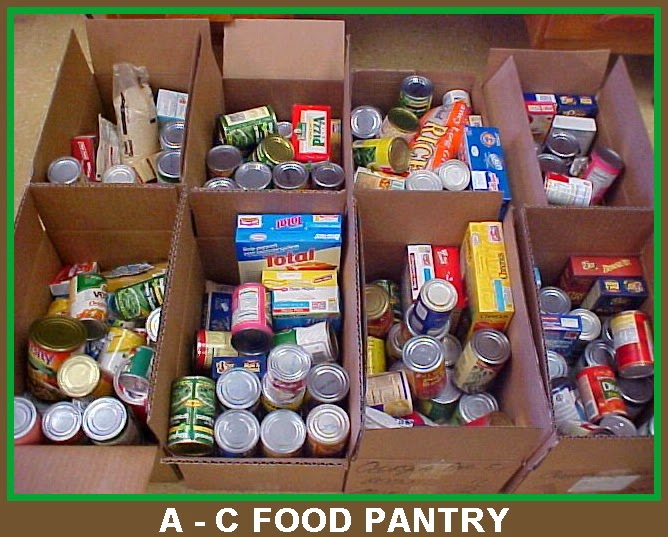 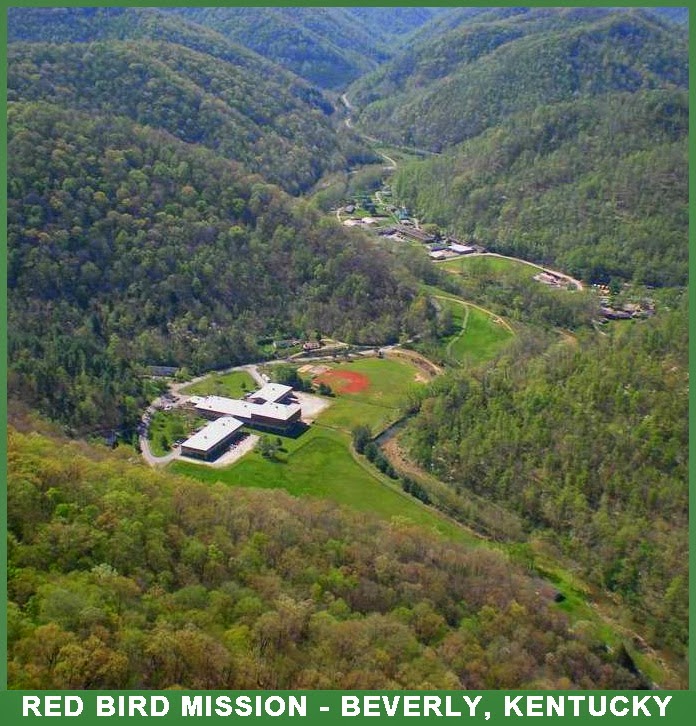 RED BIRD MISSION WORK CAMP TEAM
WILL RETURN FROM KENTUCKY TODAY.
PRAY FOR OUR GROUP IN THIS WEEK'S
TRAVELS. 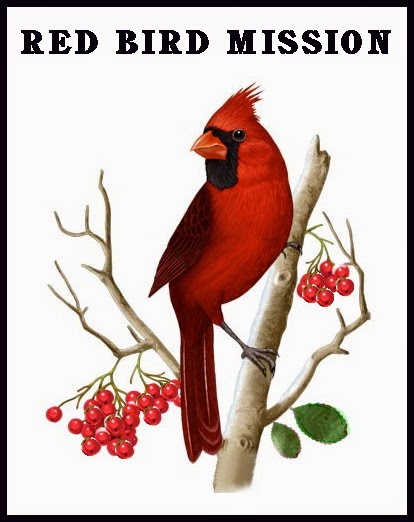 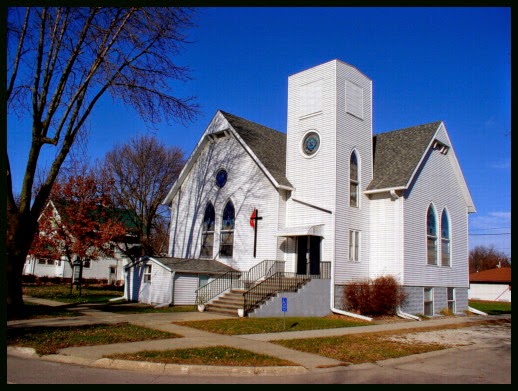 ————————————————————
SCRIPTURE READINGS —
————————————————————
GENESIS 22:1-14
THE MESSAGE (MSG)
This reading is of the attempted sacrifice of Isaac.It is a very sensitive subject.  Most of us are too far removed from ancient cultures to even accept this possibility. In the U.S. culture, we call people who would decide to sacrifice a child, criminally insane and lock them away for life.
The complimentary text is:
JEREMIAH 28:5-9
5-9 Prophet Jeremiah stood up to prophet
Hananiah in front of the priests and all the
people who were in God's Temple that day. 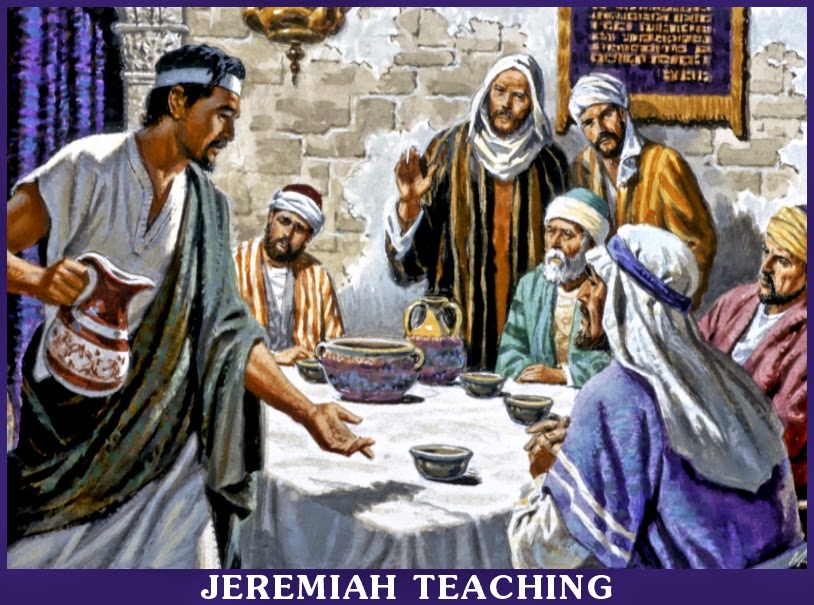 Prophet Jeremiah said, "Wonderful! Would
that it were true—that God would validate
your preaching by bringing the Temple
furnishings and all the exiles back from
Babylon. But listen to me, listen closely.
Listen to what I tell both you and all the
people here today: The old prophets, the
ones before our time, preached judgment
against many countries and kingdoms,
warning of war and disaster and plague.
So any prophet who preaches that every-
thing is just fine and there's nothing to
worry about stands out like a sore thumb.
We'll wait and see. If it happens, it
happens — and then we'll know that God
sent him."
————————————————————
PSALM 13
THE MESSAGE (MSG)
A psalm of lament.
A PSALM OF DAVID
1-2 Long enough, God— you've ignored
me long enough.
I've looked at the back of your head
long enough. Long enough
I've carried this ton of trouble,
lived with a stomach full of pain.
Long enough my arrogant enemies
have looked down their noses at me.

3-4 Take a good look at me, God, my God;
I want to look life in the eye,
So no enemy can get the best of me
or laugh when I fall on my face.

5-6 I've thrown myself headlong into your
arms—
I'm celebrating your rescue.
I'm singing at the top of my lungs,
I'm so full of answered prayers.
————————————————————
ROMANS 6:12-23
THE MESSAGE (MSG)
When we are baptized, buried and raised with Christ by water and the Holy Spirit, we are given a new life and a new master.
12-14 That means you must not give sin a
vote in the way you conduct your lives.
Don't give it the time of day. Don't even
run little errands that are connected with
that old way of life. Throw yourselves
wholeheartedly and full-time—remember,
you've been raised from the dead!—into
God's way of doing things. Sin can't tell
you how to live. After all, you're not living
under that old tyranny any longer. You're
living in the freedom of God.
WHAT IS TRUE FREEDOM?
15-18 So, since we're out from under the
old tyranny, does that mean we can live
any old way we want? Since we're free in
the freedom of God, can we do anything
that comes to mind? Hardly. You know
well enough from your own experience
that there are some acts of so-called
freedom that destroy freedom. Offer your
selves to sin, for instance, and it's your
last free act. But offer yourselves to the
ways of God and the freedom never quits.
All your lives you've let sin tell you what
to do. But thank God you've started
listening to a new master, one whose
commands set you free to live openly in
his freedom!

19 I'm using this freedom language
because it's easy to picture. You can
readily recall, can't you, how at one time
the more you did just what you felt like
doing - not caring about others, not caring
about God - the worse your life became
and the less freedom you had? And how
much different is it now as you live in
God's freedom, your lives healed and
expansive in holiness?

20-21 As long as you did what you felt like
doing, ignoring God, you didn't have to
bother with right thinking or right living, or
right anything for that matter. But do you
call that a free life? What did you get out
of it? Nothing you're proud of now. Where
did it get you? A dead end.

22-23 But now that you've found you don't
have to listen to sin tell you what to do,
and have discovered the delight of
listening to God telling you, what a
surprise! A whole, healed, put-together life
right now, with more and more of life on
the way! Work hard for sin your whole life
and your pension is death. But God's gift
is real life, eternal life, delivered by Jesus,
our Master.
————————————————————
MATTHEW 10:40-42
THE MESSAGE (MSG)
Rules for Mission: Expect, look for, and bless those who offer welcome.
40-42 "We are intimately linked in this
harvest work. Anyone who accepts what
you do, accepts me, the One who sent you. 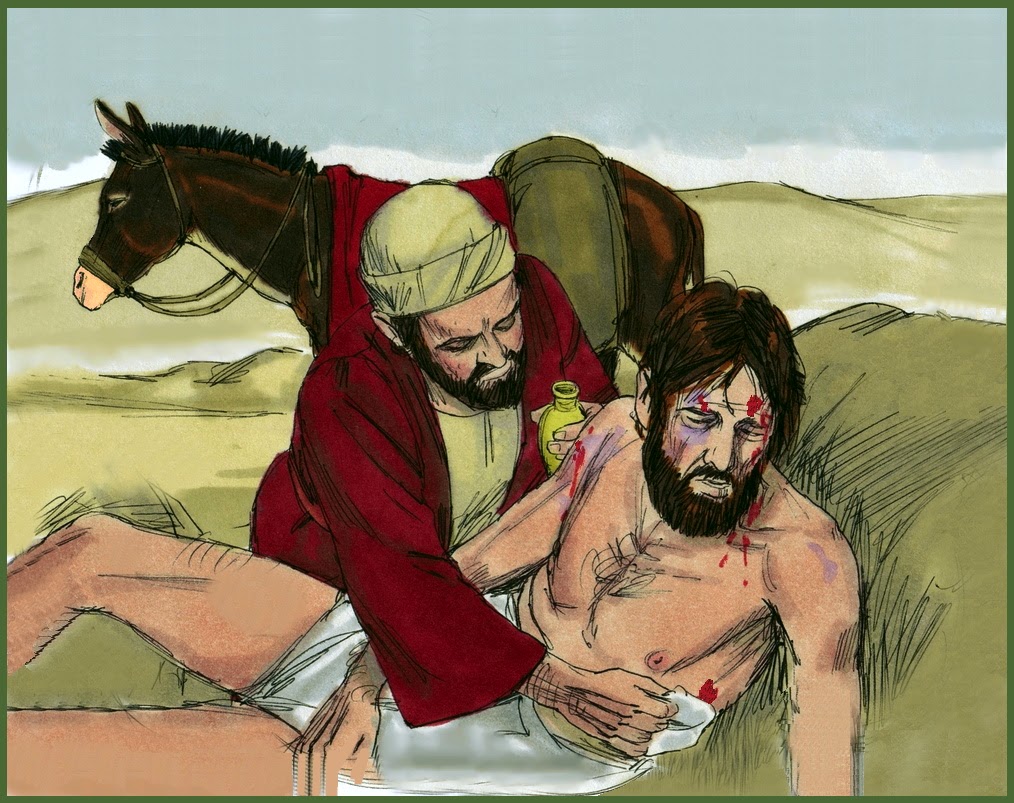 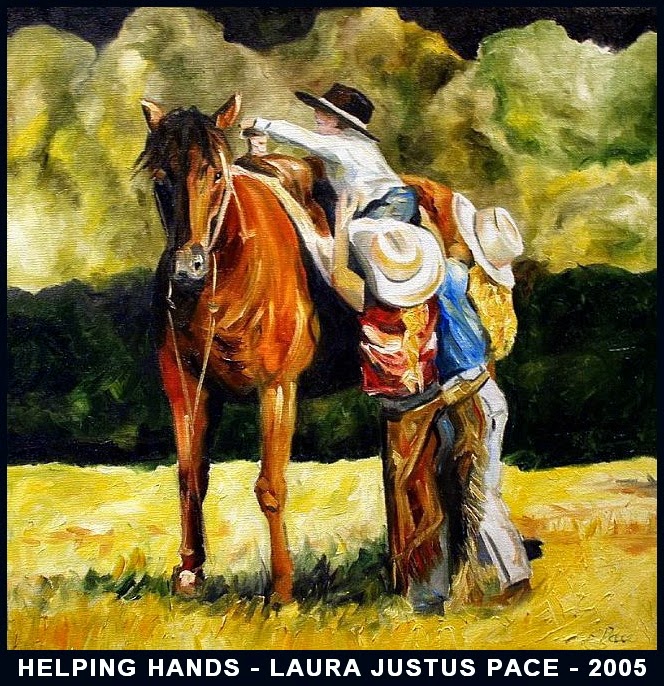 This is a large work I've called you into,
but don't be overwhelmed by it. It's best
to start small. Give a cool cup of water to
someone who is thirsty, for instance. 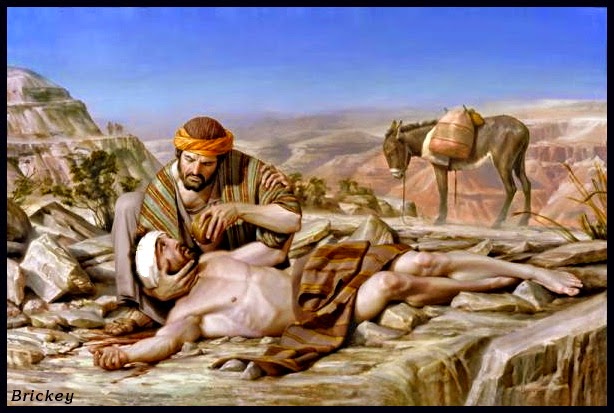 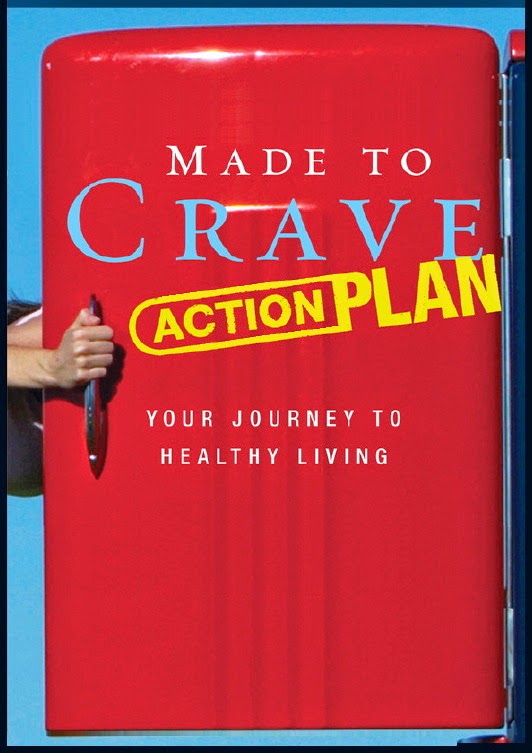 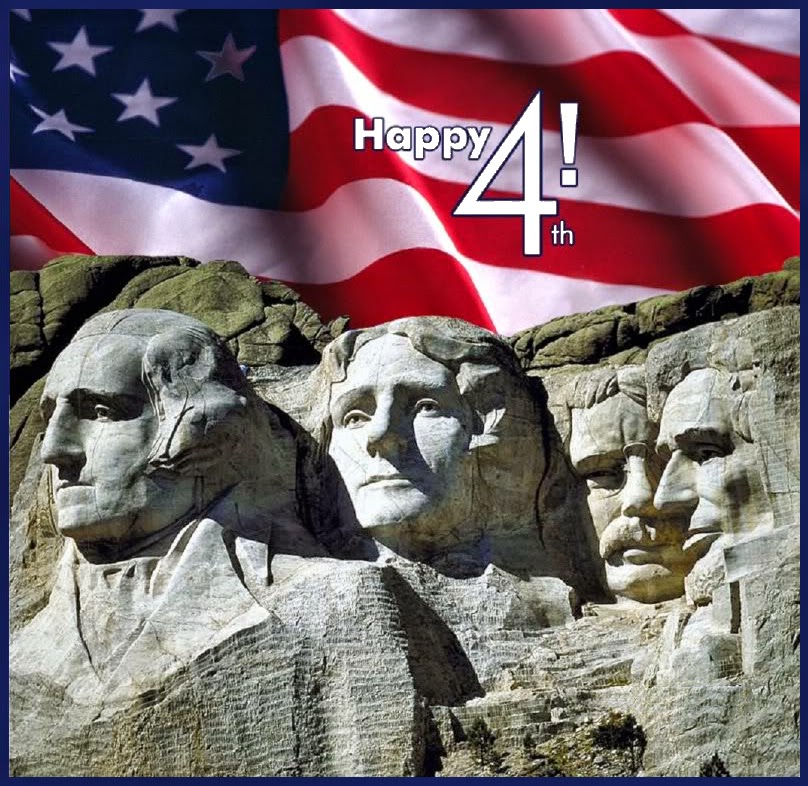 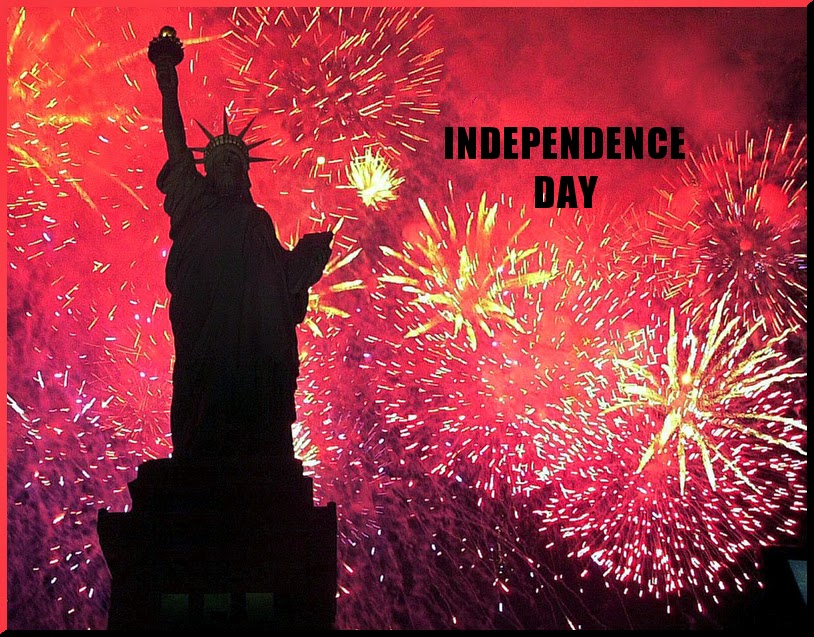 • VACATION BIBLE SCHOOL WILL BE
JULY 20TH TO 24TH

Thank you again for your time and talent
this week. You know, your drive is pretty
magnificent.  I salute you.