OUR WEEK-JULY 6TH TO JULY 12TH 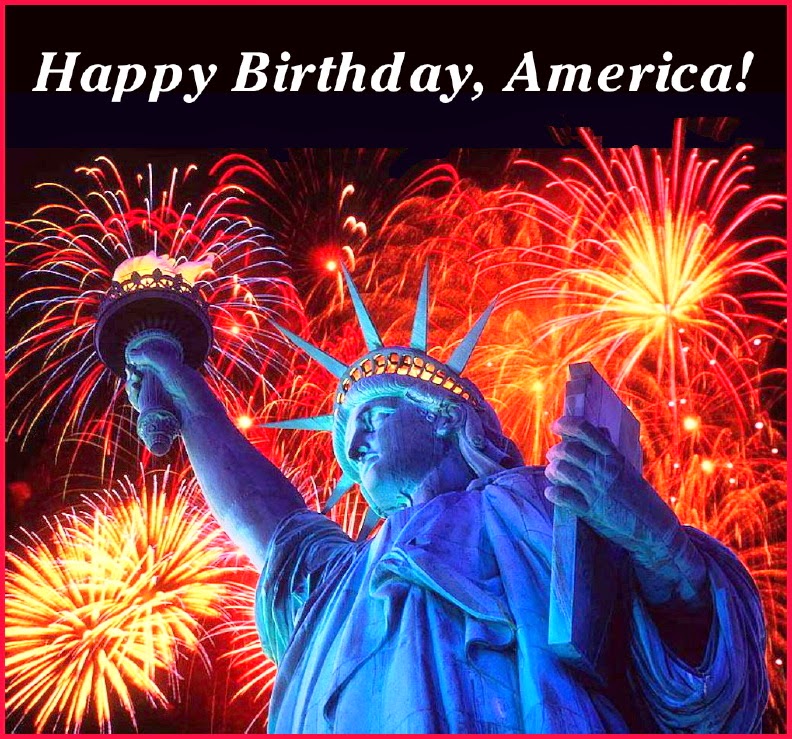 "Our greatest happiness does not depend
on the condition of life in which chance
has placed us, but is always the result of a
good conscience, good health, occupation
and freedom in all just pursuits."
— Thomas Jefferson
"Liberty, taking the word in its concrete
sense, consists in the ability to choose."
— Simone Weil
"You can't separate peace from freedom
because no one can be at peace unless he
has his freedom." — Malcom X
≈≈≈≈≈≈≈≈≈≈≈≈≈≈≈≈≈≈≈≈≈≈≈≈≈≈≈≈≈≈≈≈≈≈≈≈≈
SUNDAY, JULY 6TH –
COLOR: GREEN
FOURTH SUNDAY AFTER PENTECOST
We will have Holy Communion today. 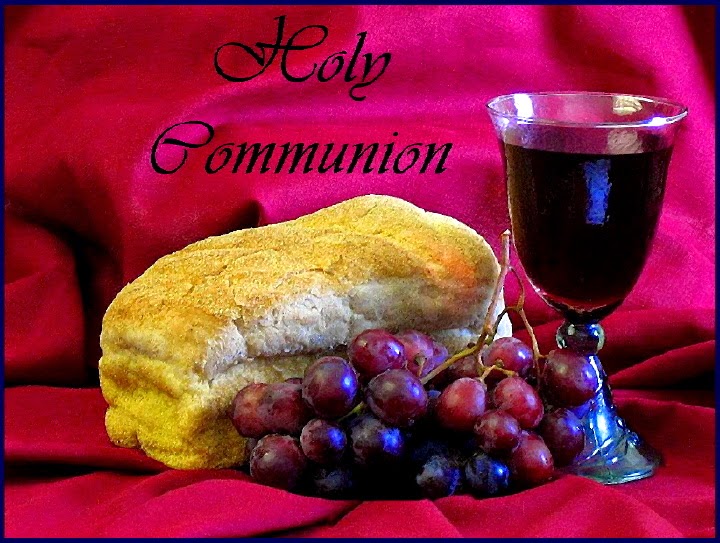 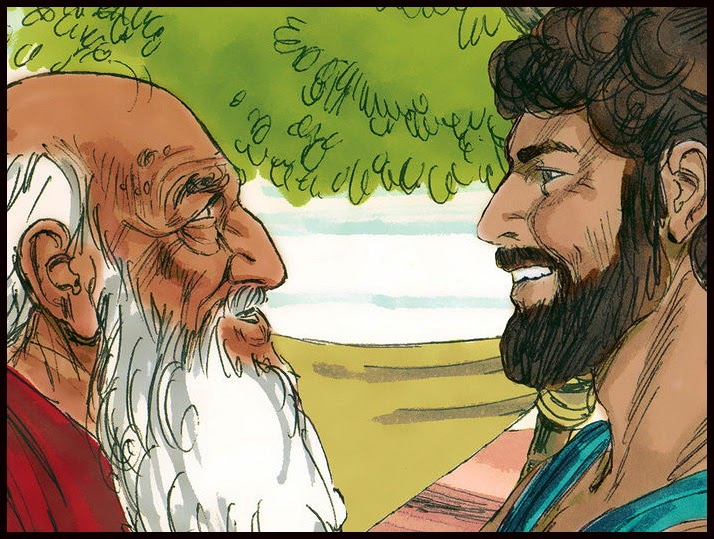 I said to my master, 'But what if the woman
won't come with me?' He said, 'God before
whom I've walked faithfully will send his
angel with you and he'll make things work
out so that you'll bring back a wife for my
son from my family, from the house of my
father. Then you'll be free from the oath. If
you go to my family and they won't give
her to you, you will also be free from the
oath.'
42-44 "Well, when I came this very day to
the spring, I prayed, 'God, God of my
master Abraham, make things turn out
well in this task I've been given. I'm
standing at this well. When a young
woman comes here to draw water and I
say to her, Please, give me a sip of water
from your jug, and she says, Not only will
I give you a drink, I'll also water your
camels—let that woman be the wife God
has picked out for my master's son.'
45-48 "I had barely finished offering this
prayer, when Rebekah arrived, her jug on
her shoulder. She went to the spring and
drew water and I said, 'Please, can I have
a drink?' She didn't hesitate.
She held out her jug and said, 'Drink; and
when you're finished I'll also water your 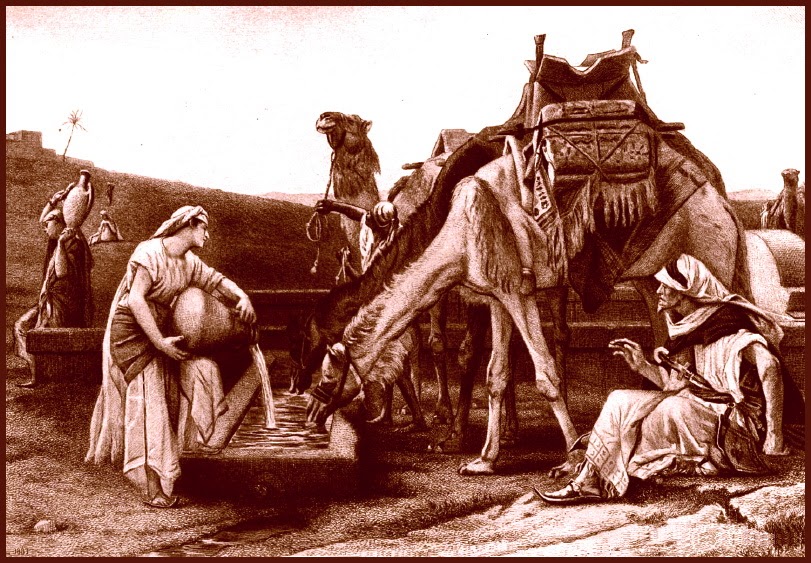 camels.'
I drank, and she watered the camels. I
asked her, 'Whose daughter are you?' She
said, 'The daughter of Bethuel whose
parents were Nahor and Milcah.'
I gave her a ring for her nose, bracelets for 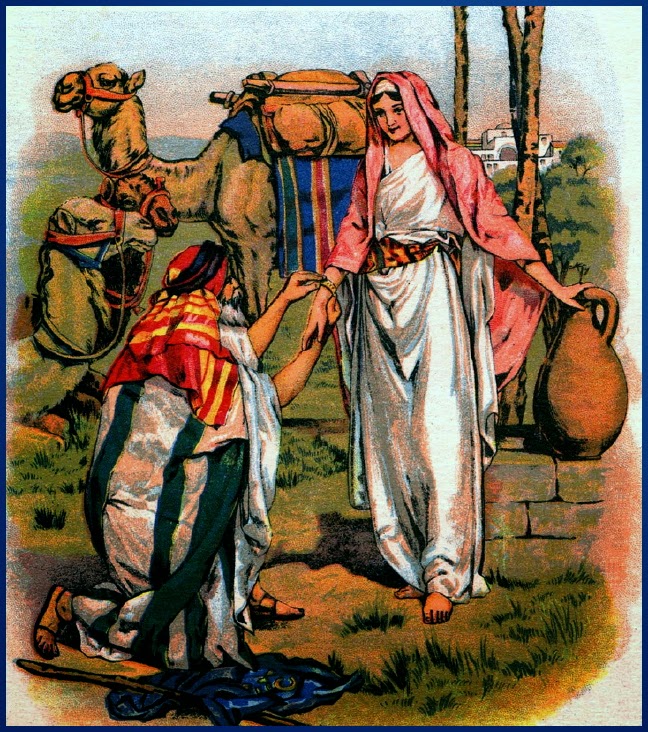 her arms, and bowed in worship to God. I
praised God, the God of my master
Abraham who had led me straight to the
door of my master's family to get a wife for
his son.
49 "Now, tell me what you are going to do.
If you plan to respond with a generous yes,
tell me. But if not, tell me plainly so I can
figure out what to do next."
50-51 Laban and Bethuel answered, "This
is totally from God. We have no say in the
matter, either yes or no. Rebekah is yours:
Take her and go; let her be the wife of your
master's son, as God has made plain."
52-54 When Abraham's servant heard their
decision, he bowed in worship before God.
Then he brought out gifts of silver and
gold and clothing and gave them to
Rebekah. He also gave expensive gifts to
her brother and mother. He and his men
had supper and spent the night. But first
thing in the morning they were up. He said,
"Send me back to my master."
55 Her brother and mother said, "Let the
girl stay a while, say another ten days, and
then go."
56 He said, "Oh, don't make me wait! God
has worked everything out so well—send
me off to my master." 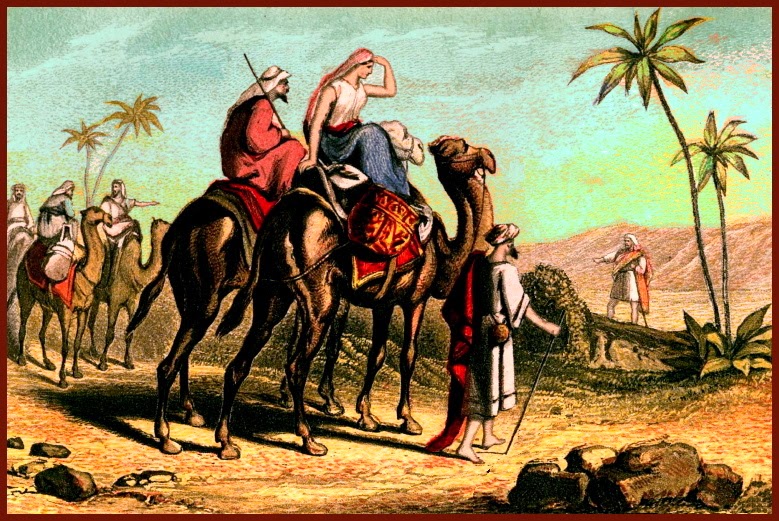 57 They said, "We'll call the girl; we'll ask
her."
They called Rebekah and asked her, "Do
you want to go with this man?"

59-60 So they sent them off, their sister
Rebekah with her nurse, and Abraham's
servant with his men. And they blessed
Rebekah saying,

You're our sister—live bountifully!
And your children, triumphantly!

61 Rebekah and her young maids
mounted the camels and followed the man.
The servant took Rebekah and set off for
home.
62-65 Isaac was living in the Negev. He had
just come back from a visit to Beer Lahai
Roi. In the evening he went out into the
field; while meditating he looked up and
saw camels coming. When Rebekah looked
up and saw Isaac, she got down from her
camel and asked the servant, "Who is that
man out in the field coming toward us?"

"That is my master."

She took her veil and covered herself.

66-67 After the servant told Isaac the whole
story of the trip, Isaac took Rebekah into
the tent of his mother Sarah. He married
Rebekah and she became his wife and he
loved her. So Isaac found comfort after his
mother's death.
————————————————————
ROMANS 7:15-25
THE MESSAGE (MSG)
Paul is dealing with the power of sin at work in his body.
14-16 I can anticipate the response that is
coming: "I know that all God's commands
are spiritual, but I'm not. Isn't this also
your experience?" Yes. I'm full of myself—
after all, I've spent a long time in sin's
prison. What I don't understand about
myself is that I decide one way, but then I
act another, doing things I absolutely
despise. So if I can't be trusted to figure
out what is best for myself and then do it,
it becomes obvious that God's command
is necessary.

17-20 But I need something more! For if I
know the law but still can't keep it, and if
the power of sin within me keeps
sabotaging my best intentions, I obviously
need help! I realize that I don't have what
it takes. I can will it, but I can't do it. I
decide to do good, but I don't really do it;
I decide not to do bad, but then I do it any-
way. My decisions, such as they are, don't
result in actions. Something has gone
wrong deep within me and gets the better
of me every time.

21-23 It happens so regularly that it's
predictable. The moment I decide to do
good, sin is there to trip me up. I truly
delight in God's commands, but it's pretty
obvious that not all of me joins in that
delight. Parts of me covertly rebel, and
just when I least expect it, they take
charge.

24 I've tried everything and nothing helps.
I'm at the end of my rope. Is there no one
who can do anything for me? Isn't that
the real question?

25 The answer, thank God, is that Jesus
Christ can and does. He acted to set
things right in this life of contradictions
where I want to serve God with all my
heart and mind, but am pulled by the
influence of sin to do something totally
different.
————————————————————
MATTHEW 11:16-19
THE MESSAGE (MSG)
Jesus reflects on the resistance of people to John and himself.  He prays to God and invites the heavy laden to come to him. 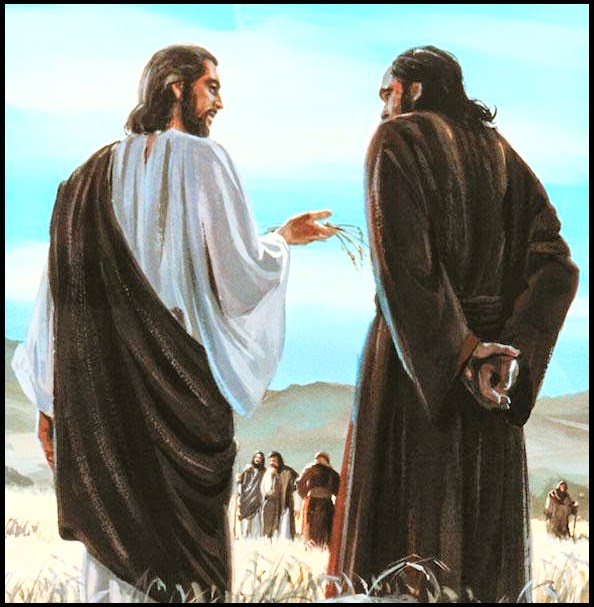 16-19 "How can I account for this
generation? The people have been like
spoiled children whining to their parents,
'We wanted to skip rope, and you were
always too tired; we wanted to talk, but
you were always too busy.' John came
fasting and they called him crazy. I came
feasting and they called me a lush, a friend
of the riffraff. Opinion polls don't count for
much, do they? The proof of the pudding
is in the eating."
————————————————————
• 1699 - Captain William Kidd, the pirate,
was captured in Boston, MA, and then
deported back to England.
• 1777 - British forces captured Fort
Ticonderoga in the American Revolution.
• 1885 - Louis Pasteur successfully tested
his anti-rabies vaccine. The child used in
the test later became the director of the
Pasteur Institute.
• 1919 - A British dirigible landed in New
York at Roosevelt Field. It completed the
first crossing of the Atlantic Ocean by an
airship.
• 1923 - The Union of Soviet Socialist
Republics (USSR) was established.
• 1942 - Diarist Anne Frank and her family
took refuge in an attic, from the Nazis in
Amsterdam.
• 1957 - Althea Gibson won the Wimbledon
women’s singles tennis title. She was the
first black athlete to win the event.
• 1983 - The U.S. Supreme Court ruled that
retirement plans could not pay women
smaller monthly payments solely because
of their gender.
≈≈≈≈≈≈≈≈≈≈≈≈≈≈≈≈≈≈≈≈≈≈≈≈≈≈≈≈≈≈≈≈≈≈≈≈≈
MONDAY, JULY 7TH —
Happy Birthday Shirley Chesnut!
Happy Birthday Larry Chesnut!
Happy Birthday Cadence Stephenson!
————————————————————
THE OFFICE IS CLOSED TODAY.
“Made to Crave” Bible Study at
Casey UMC- At Noon 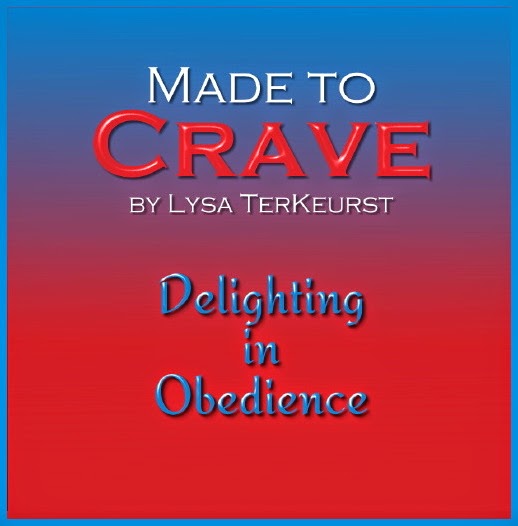 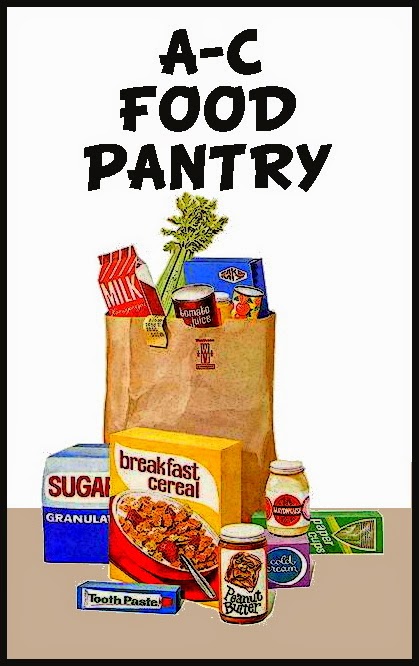 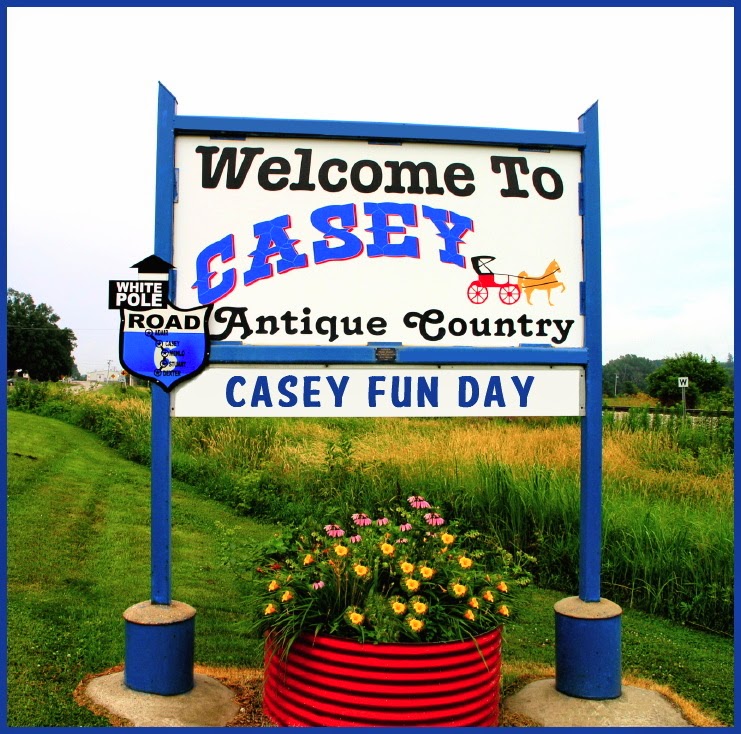 Thank you for your help this week.
God Bless and Keep You,
Donna
Posted by Pastor Melodee Carstens