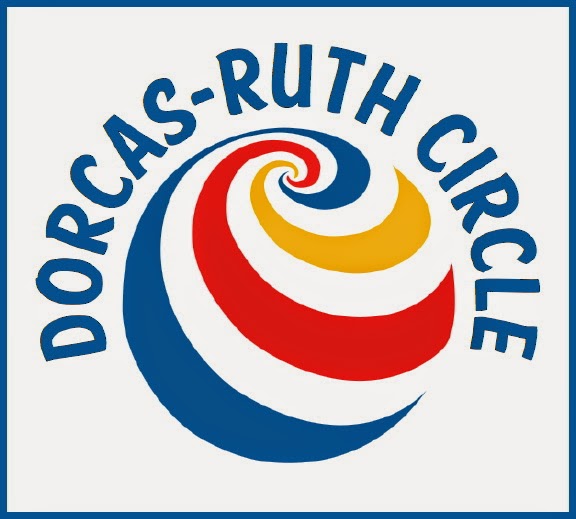 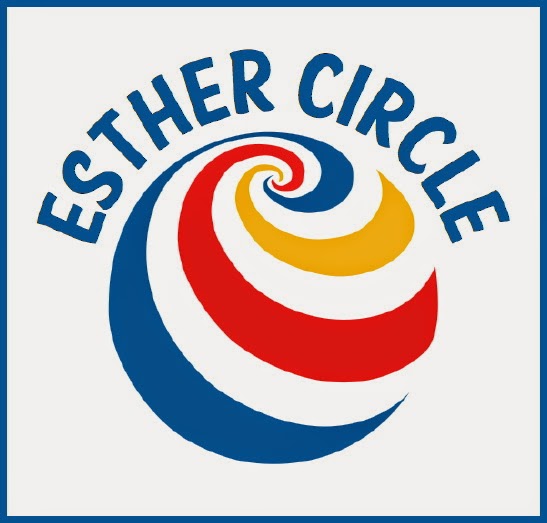 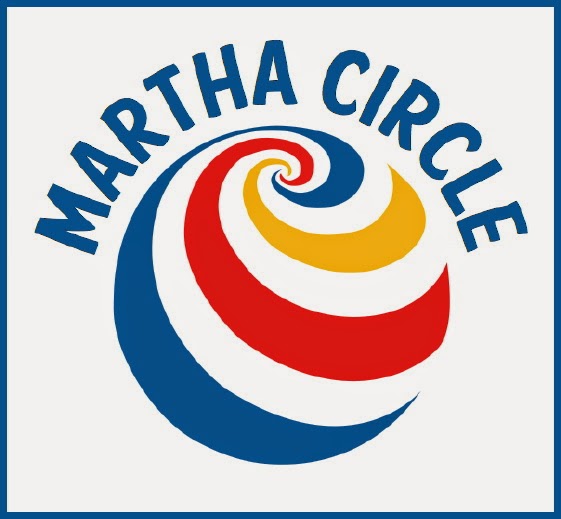 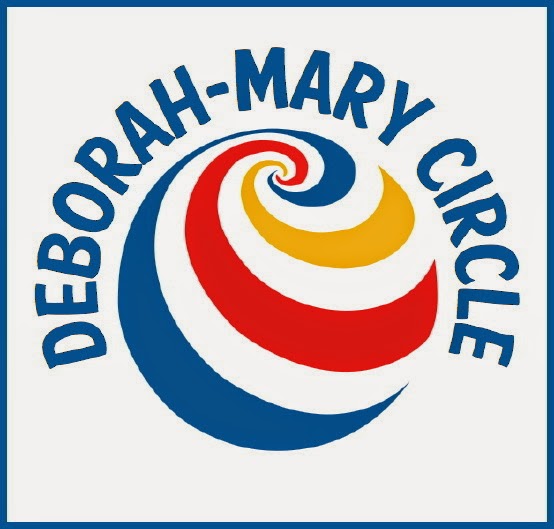 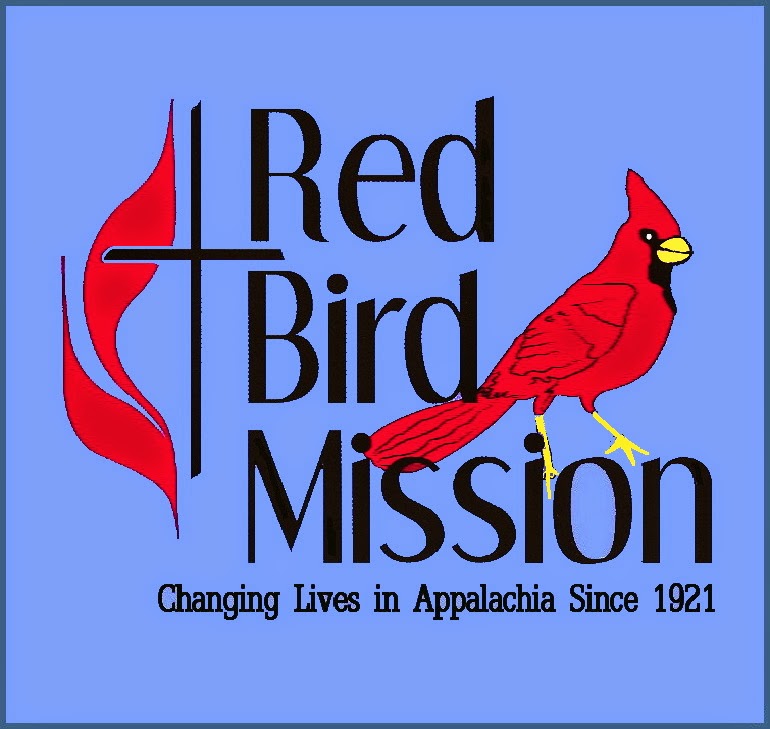 • TODAY IS THE FIRST DAY OF SUMMER 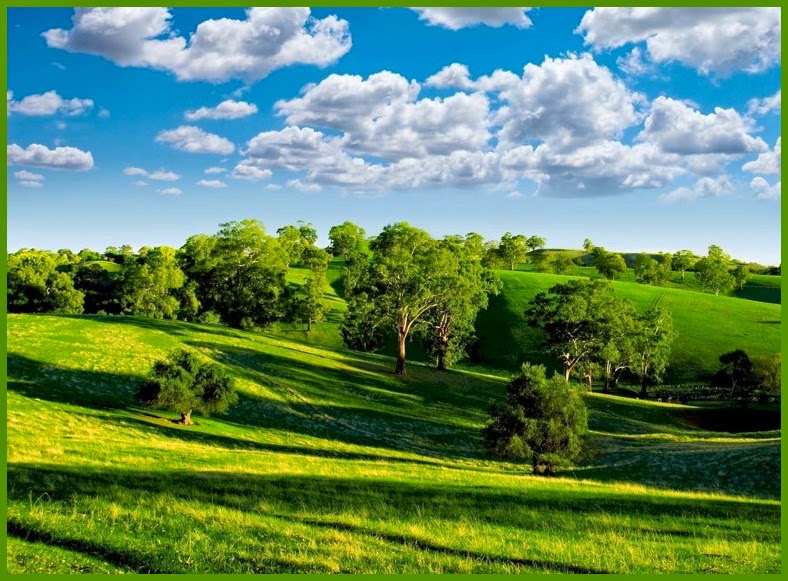 The Season after Pentecost is about
seeking the Spirit’s guidance and
supporting one another as we undertake
these ministries in Christ’s name.

————————————————————
SCRIPTURE READINGS —
————————————————————
GENESIS 21:8–21
THE MESSAGE (MSG)
This is not a new story in Genesis. Sibling rivalry of Cain and Abel resulted in Abel’s death and Cain’s exile.We see a new story of rivalry, jealousy, bullying, and exile.   Sarah contends for Isaac's inheritance against Hagar's son, Ishmael.  Abraham sends Hagar and Ishmael away. God provides for them.Abraham chooses the younger son Isaac, born to his “legitimate” wife, Sarah.  God tells Abraham it’s okay to throw Hagar and Ishmael out because God will take care ofthem.
8 The baby grew and was weaned.
Abraham threw a big party on the day
Isaac was weaned.

9-10 One day Sarah saw the son that
Hagar the Egyptian had borne to Abraham,
poking fun at her son Isaac. She told
Abraham, "Get rid of this slave woman
and her son. No child of this slave is going
to share inheritance with my son Isaac!"

11-13 The matter gave great pain to
Abraham—after all, Ishmael was his son.
But God spoke to Abraham, "Don't feel
badly about the boy and your maid. Do
whatever Sarah tells you. Your
descendants will come through Isaac.
Regarding your maid's son, be assured
that I'll also develop a great nation from
him—he's your son, too." 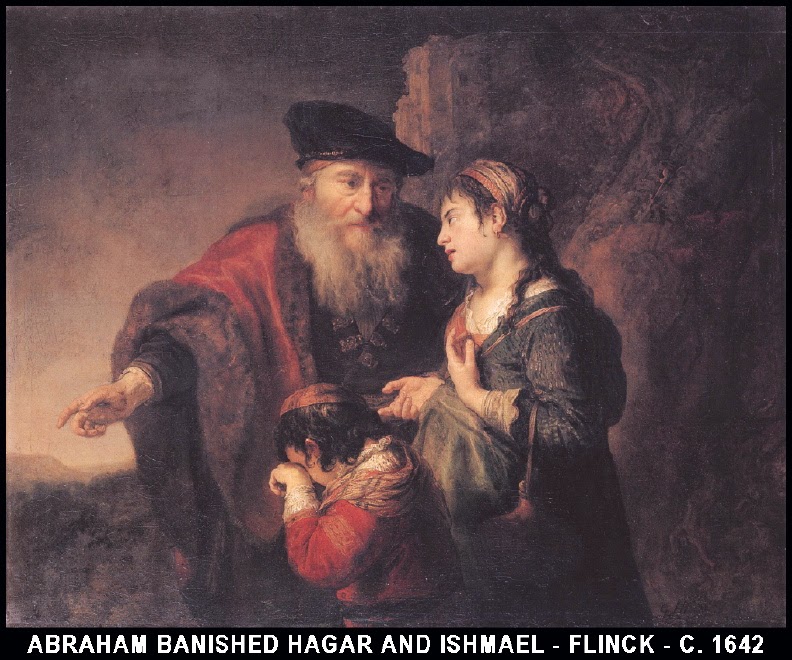 14-16 Abraham got up early the next
morning, got some food together and a
canteen of water for Hagar, put them on
her back and sent her away with the child. 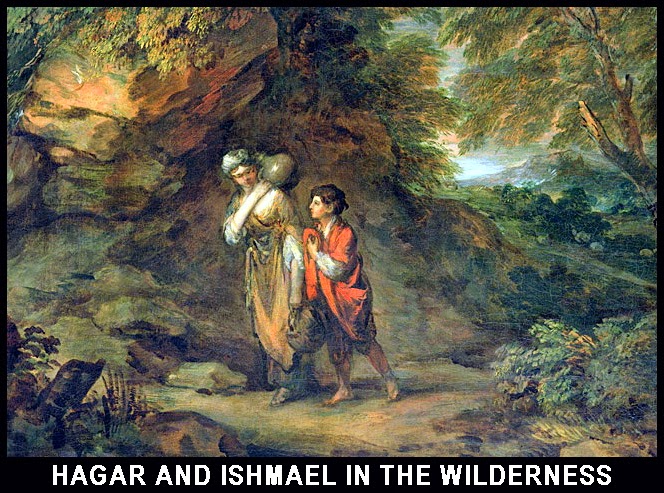 She wandered off into the desert of
Beersheba. When the water was gone, she
left the child under a shrub and went off,
fifty yards or so. She said, "I can't watch
my son die." As she sat, she broke into
sobs. 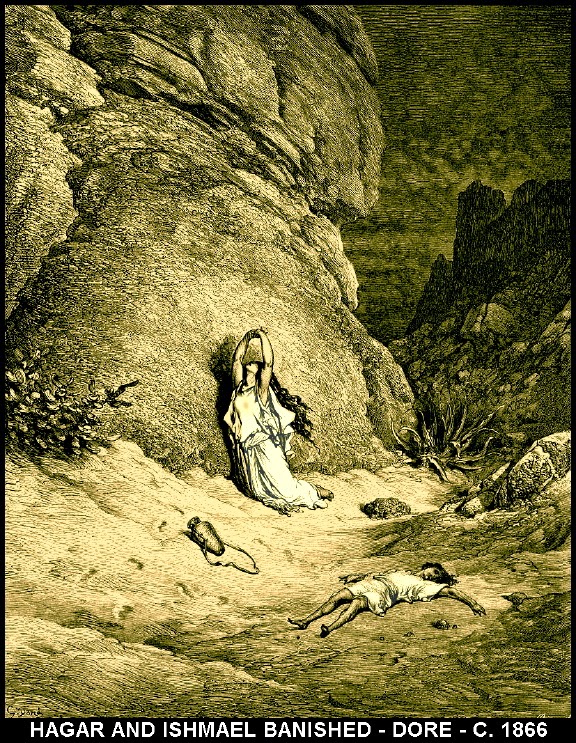 17-18 Meanwhile, God heard the boy
crying. The angel of God called from
Heaven to Hagar, "What's wrong, Hagar?
Don't be afraid. God has heard the boy
and knows the fix he's in. Up now; go get
the boy. Hold him tight. I'm going to make
of him a great nation." 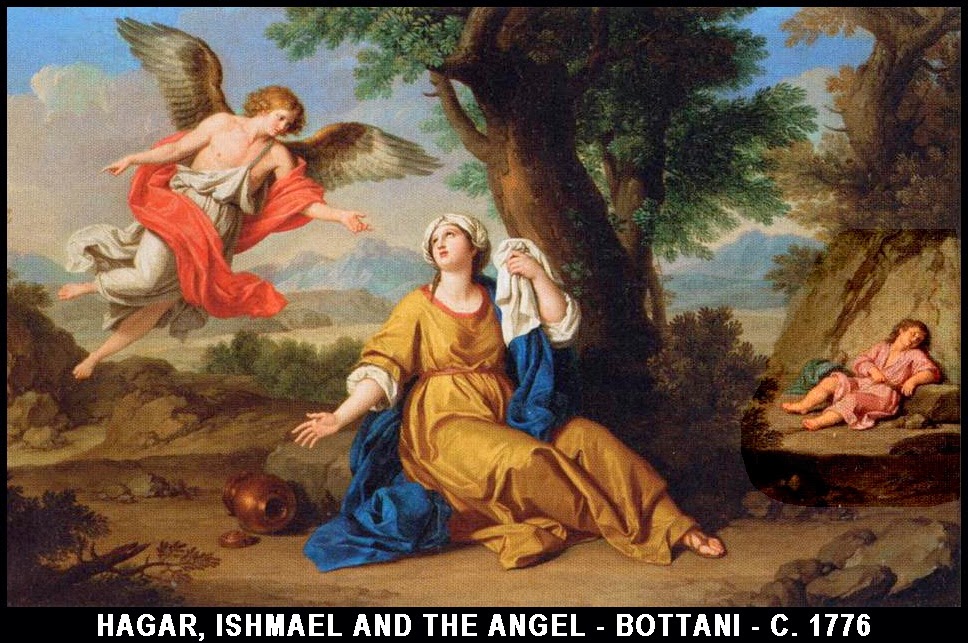 19 Just then God opened her eyes. She
looked. She saw a well of water. She went
to it and filled her canteen and gave the
boy a long, cool drink.

20-21 God was on the boy's side as he
grew up. He lived out in the desert and
became a skilled archer. He lived in the
Paran wilderness. And his mother got him
a wife from Egypt.
————————————————————
PSALM 86:1-10, 16-17
THE MESSAGE (MSG)
A PSALM OF DAVID
1-7 Bend an ear, God; answer me. I'm one
miserable wretch!
Keep me safe—haven't I lived a good
life?
Help your servant—I'm depending on
you!
You're my God; have mercy on me.
I count on you from morning to night.
Give your servant a happy life;
I put myself in your hands!
You're well-known as good and
forgiving,
bighearted to all who ask for help.
Pay attention, God, to my prayer;
bend down and listen to my cry for
help.
Every time I'm in trouble I call on you,
confident that you'll answer.

8-10 There's no one quite like you among
the gods, O Lord,
and nothing to compare with your
works.
All the nations you made are on their
way,
ready to give honor to you, O Lord,
Ready to put your beauty on display,
parading your greatness,
And the great things you do—
God, you're the one, there's no one
but you!
————————————————————
ROMANS 6:1–11
THE MESSAGE (MSG)
Baptized into Christ's death, we are raised
with him to walk in newness of life.
In burial, our bodies are destroyed by the
earth over time. In baptism, the body of
sin at work within us is destroyed.
The passage ends with a bit of a hymn
that was apparently known to Paul, and
was perhaps known to the Christian
people in Rome who first received this
letter.
WHEN DEATH BECOMES LIFE
1-3 So what do we do? Keep on sinning so
God can keep on forgiving? I should hope
not! If we've left the country where sin is
sovereign, how can we still live in our old
house there? Or didn't you realize we
packed up and left there for good? That is
what happened in baptism. When we went
under the water, we left the old country of
sin behind; when we came up out of the
water, we entered into the new country of
grace—a new life in a new land!

3-5 That's what baptism into the life of
Jesus means. When we are lowered into
the water, it is like the burial of Jesus;
when we are raised up out of the water, it
is like the resurrection of Jesus. Each of
us is raised into a light-filled world by our
Father so that we can see where we're
going in our new grace-sovereign country.

6-11 Could it be any clearer? Our old way
of life was nailed to the cross with Christ,
a decisive end to that sin-miserable life—
no longer at sin's every beck and call!
What we believe is this: If we get included
in Christ's sin-conquering death, we also
get included in his life-saving resurrection.
We know that when Jesus was raised from
the dead it was a signal of the end of death
-as-the-end. Never again will death have
the last word. When Jesus died, he took
sin down with him, but alive he brings God
down to us. From now on, think of it this
way: Sin speaks a dead language that
means nothing to you; God speaks your
mother tongue, and you hang on every
word. You are dead to sin and alive to
God. That's what Jesus did.
————————————————————
MATTHEW 10:24-39
THE MESSAGE (MSG)
Jesus instructs his disciples as he sends them out on a mission.  The focus of this week’s reading is on the kind of hostile reception they might expect and must learn to accept during mission fulfillment.
24-25 "A student doesn't get a better desk
than her teacher. A laborer doesn't make
more money than his boss. Be content—
pleased, even—when you, my students,
my harvest hands, get the same treatment
I get. If they call me, the Master,
'Dungface,' what can the workers expect?

26-27 "Don't be intimidated. Eventually
everything is going to be out in the open,
and everyone will know how things really
are. So don't hesitate to go public now.

28 "Don't be bluffed into silence by the
threats of bullies. There's nothing they
can do to your soul, your core being. Save
your fear for God, who holds your entire
life—body and soul—in his hands.
FORGET ABOUT YOURSELF
29-31 "What's the price of a pet canary?
Some loose change, right? And God cares
what happens to it even more than you do.
He pays even greater attention to you,
down to the last detail—even numbering
the hairs on your head! So don't be
intimidated by all this bully talk. You're
worth more than a million canaries.

32-33 "Stand up for me against world
opinion and I'll stand up for you before my
Father in heaven. If you turn tail and run,
do you think I'll cover for you?

34-37 "Don't think I've come to make life
cozy. I've come to cut—make a sharp knife
cut between son and father, daughter and
mother, bride and mother-in-law—cut
through these cozy domestic arrange-
ments and free you for God. Well-meaning
family members can be your worst
enemies. If you prefer father or mother
over me, you don't deserve me. If you
prefer son or daughter over me, you don't
deserve me. 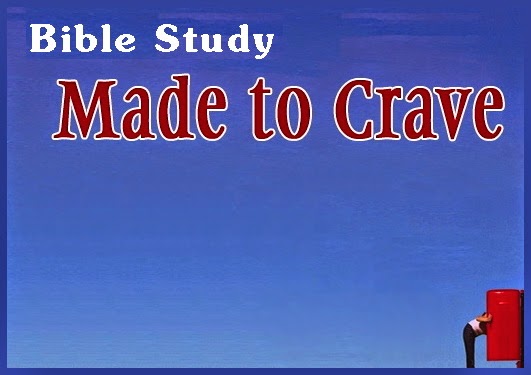 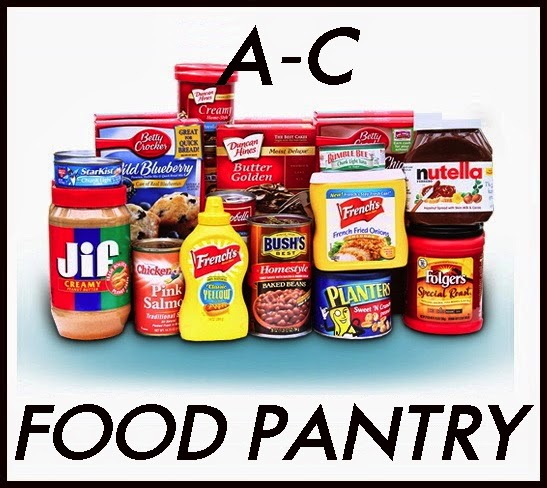 RED BIRD MISSION WORK CAMP TEAM
WILL RETURN FROM KENTUCKY TODAY
————————————————————
• 1776 - American Colonists repelled a
British sea attack on Charleston, SC.
• 1894 - The U.S. Congress made Labor Day
a U.S. national holiday.
• 1902 - The U.S. Congress passed the
Spooner bill, it authorized a canal to be
built across the isthmus of Panama.
• 1919 - The Treaty of Versailles was signed
ending World War I exactly five years after
it began. The treaty also established the
League of Nations.
• 1930 - More than 1,000 communists were
routed during an assault on the British
consulate in London.
• 1938 - The U.S. Congress created the
Federal Housing Administration (FHA) to
insure construction loans.
• 1949 - The last U.S. combat troops were
called home from Korea, leaving only 500
advisers.
• 1960 - In Cuba, Fidel Castro confiscated
American-owned oil refineries.
• 2000 - Six-year-old Elián González went
back to Cuba from the U.S. with his father.
The child had been the center of an
international custody dispute.
• 2004 - The U.S. turned over official
sovereignty to Iraq's interim leadership.
The event took place two days early to
thwart insurgents' attempts to undermine
the transfer.
• 2007 - The American bald eagle was
removed from the endangered species list.
≈≈≈≈≈≈≈≈≈≈≈≈≈≈≈≈≈≈≈≈≈≈≈≈≈≈≈≈≈≈≈≈≈≈≈≈≈
FUTURE FOCUS —
SATURDAY, JUNE 29TH —
COMBINED WORSHIP AT ADAIR UMC
TIME: 10:30 A.M.

Thank you for your many contributions
of time and energy this week.
Without you,
it would not, could not happen.