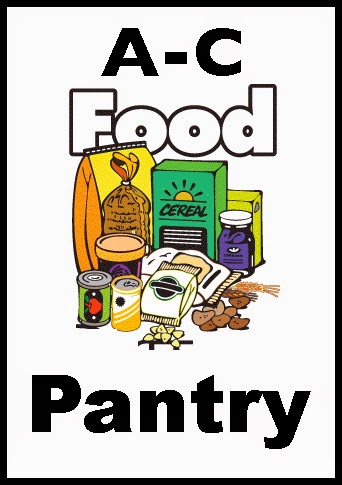 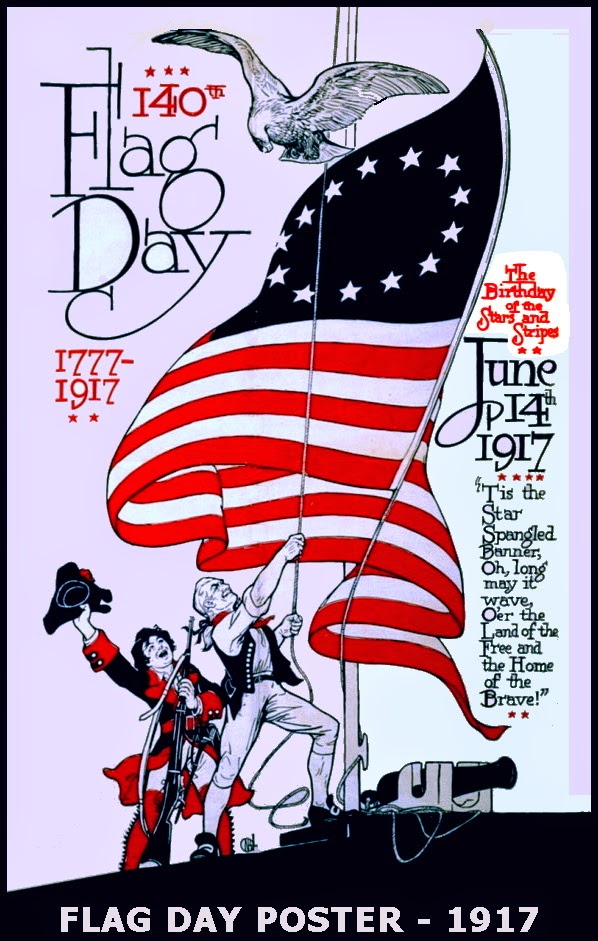 This commemorates the adoption of the flag of
the United States which happened on this day
in 1777 by a resolution of the Second
Continental Congress.  In 1916, President
Woodrow Wilson issued a proclamation that
officially established June 14 as Flag Day. 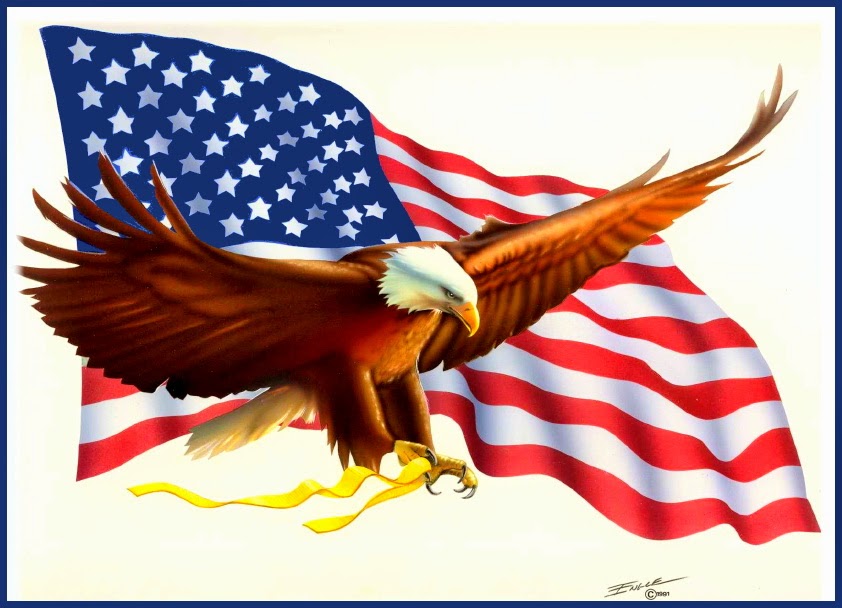 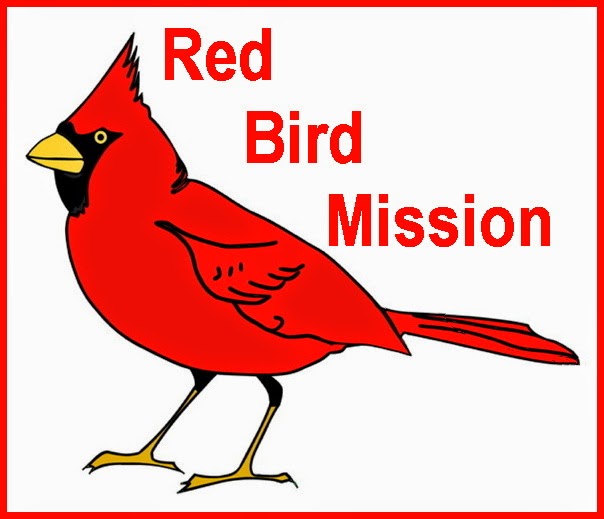 ≈≈≈≈≈≈≈≈≈≈≈≈≈≈≈≈≈≈≈≈≈≈≈≈≈≈≈≈≈≈≈≈≈≈≈≈≈
SUNDAY, JUNE 15TH –
THIS IS TRINITY SUNDAY
Focus is to strengthen and support one
another in the ministries you were
commissioned to begin at Pentecost.
Trinity Sunday is intended to launch us into
living out our ministries and, in worship, to
get us moving in directions to support that
work. — Think about Red Bird Mission —
THIS IS ALSO —
§ PEACE AND JUSTICE SUNDAY §
• TODAY IS FATHERS DAY 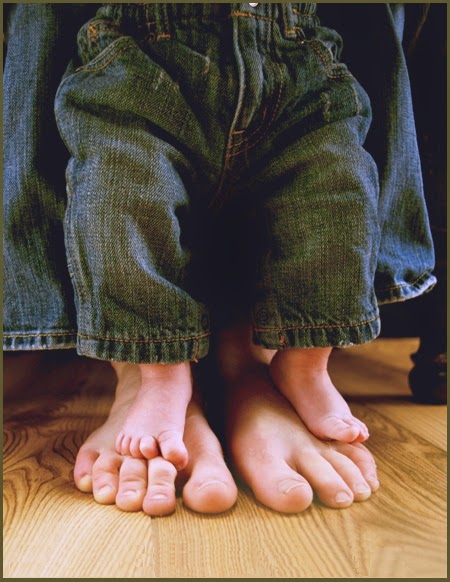 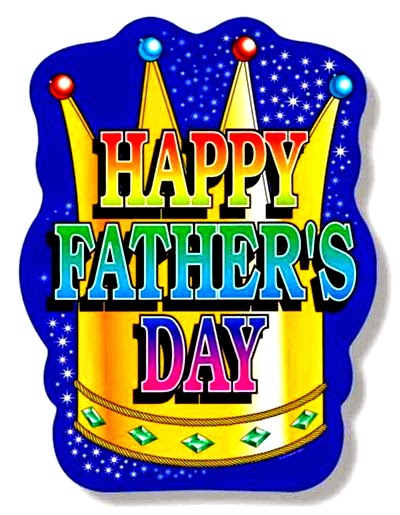 Father's Day was founded in Spokane,
Washington at the YMCA in 1910 by Sonora
Smart Dodd who was born in Arkansas. Its first
celebration was in the Spokane YMCA on June
19, 1910. Her father, William Jackson Smart,
was a Civil War veteran, and was a single
parent who raised his six children alone.
Sonora told her pastor that fathers should have
a holiday to celebrate their contributions to
raising their children.  It did not catch on and
remained unsuccessful for many years.  In
1966, President Lyndon B. Johnson issued the
first presidential proclamation honoring fathers,
designating the third Sunday in June as our
Father's Day.  President Richard Nixon signed
it into law in 1972.
It is celebrated differently all over the world. An
example; Russia celebrates it as “Defender of
the Fatherland Day”. . . Gives us a nice warm
feeling.
––––––––––––––––––––––––––––––––––––––––
WE HAVE HOLY COMMUNION TODAY 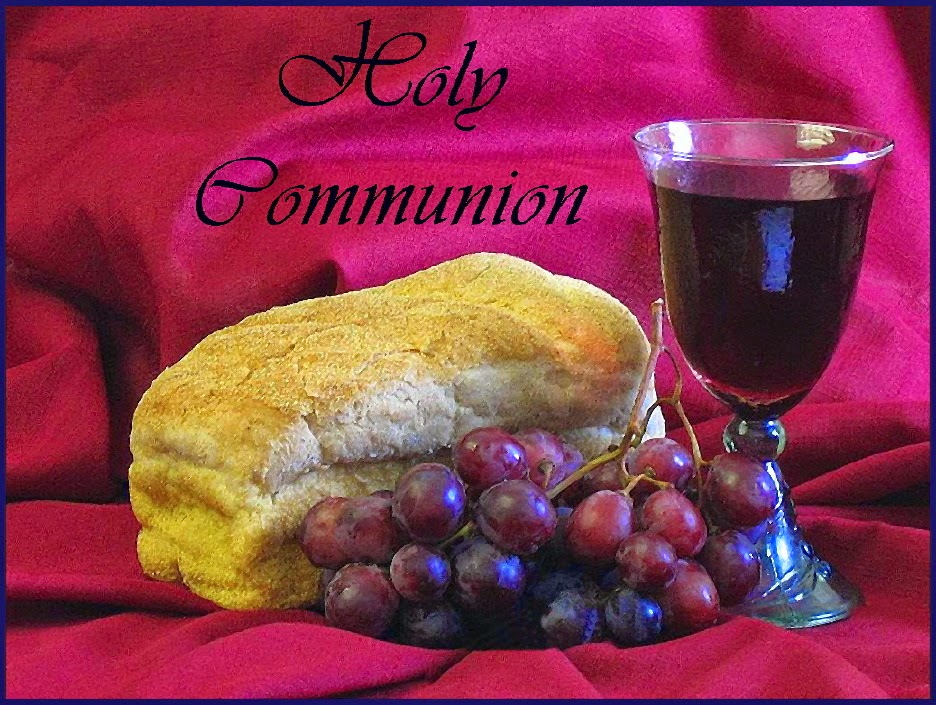 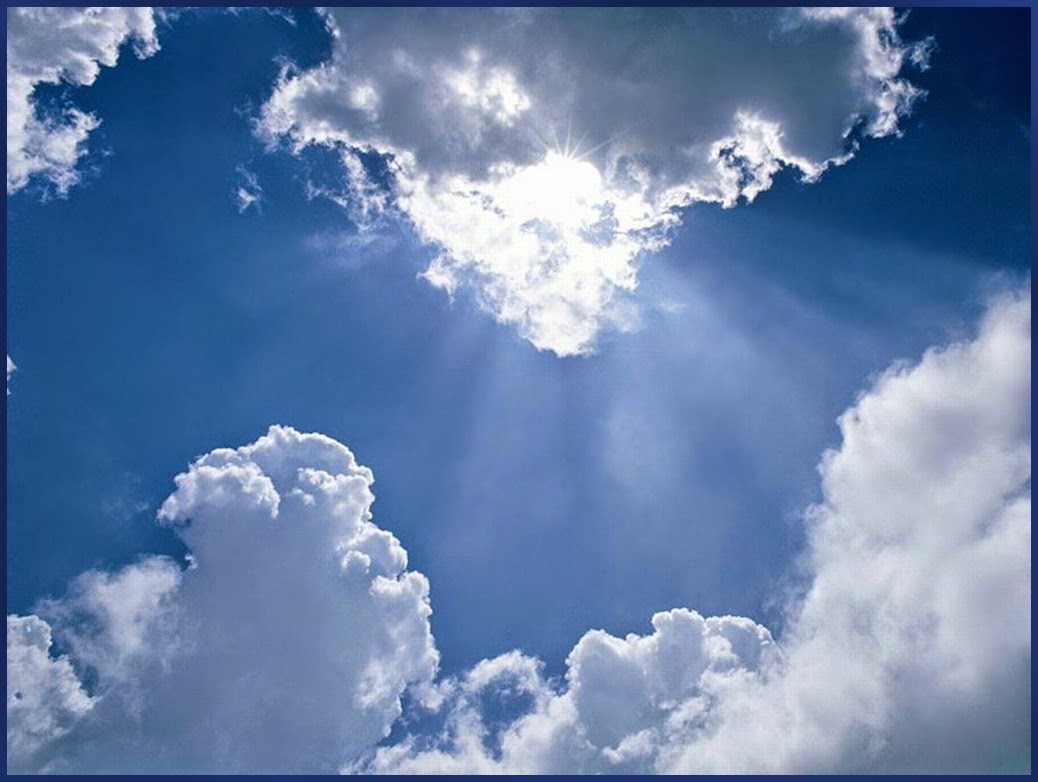 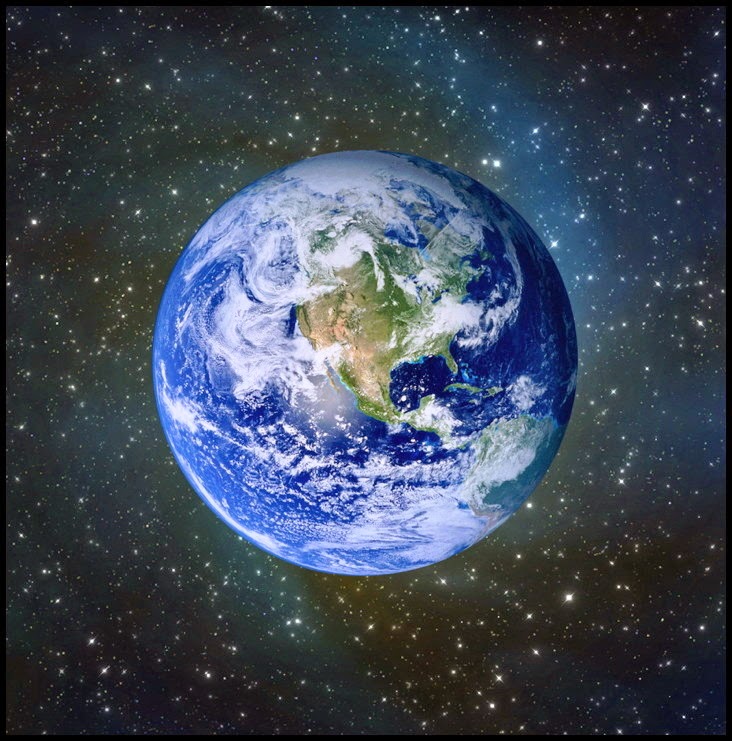 1-2 First this: God created the Heavens
and Earth—all you see, all you don't see.
Earth was a soup of nothingness, a
bottomless emptiness, an inky blackness.
God's Spirit brooded like a bird above the
watery abyss.

3-5 God spoke: "Light!"
And light appeared.
God saw that light was good
and separated light from dark.
God named the light Day,
he named the dark Night.
It was evening, it was morning—
Day One.

6-8 God spoke: "Sky! In the middle of the
waters;
separate water from water!"
God made sky.
He separated the water under sky
from the water above sky.
And there it was:
he named sky the Heavens;
It was evening, it was morning—
Day Two.

9-10 God spoke: "Separate!
Water-beneath-Heaven, gather into one
place;
Land, appear!"
And there it was.
God named the land Earth.
He named the pooled water Ocean.
God saw that it was good.

14-15 God spoke: "Lights! Come out!
Shine in Heaven's sky!
Separate Day from Night.
Mark seasons and days and years,
Lights in Heaven's sky to give light to
Earth."
And there it was.

16-19 God made two big lights, the larger
to take charge of Day,
The smaller to be in charge of Night;
and he made the stars.
God placed them in the heavenly sky
to light up Earth
And oversee Day and Night,
to separate light and dark.
God saw that it was good.
It was evening, it was morning—
Day Four.

20-23 God spoke: "Swarm, Ocean, with fish
and all sea life!
Birds, fly through the sky over Earth!"
God created the huge whales,
all the swarm of life in the waters,
And every kind and species of flying birds.
God saw that it was good.
God blessed them: "Prosper! Reproduce!
Fill Ocean!
Birds, reproduce on Earth!"
It was evening, it was morning—
Day Five.

24-25 God spoke: "Earth, generate life!
Every sort and kind:
cattle and reptiles and wild animals—
all kinds."
And there it was:
wild animals of every kind,
Cattle of all kinds, every sort of reptile
and bug.
God saw that it was good.

26-28 God spoke: "Let us make human
beings in our image, make them
reflecting our nature
So they can be responsible for the fish
in the sea,
the birds in the air, the cattle,
And, yes, Earth itself,
and every animal that moves on the
face of Earth."
God created human beings;
he created them godlike,
Reflecting God's nature.
He created them male and female.
God blessed them:
"Prosper! Reproduce! Fill Earth! Take
charge!
Be responsible for fish in the sea and
birds in the air,
for every living thing that moves on the
face of Earth."

29-30 Then God said, "I've given you
every sort of seed-bearing plant on
Earth
And every kind of fruit-bearing tree,
given them to you for food.
To all animals and all birds,
everything that moves and breathes,
I give whatever grows out of the ground
for food."
And there it was.

31 God looked over everything he had
made;
it was so good, so very good!
It was evening, it was morning—
Day Six.
GENESIS 2
Heaven and Earth were finished, down to
the last detail.

This is the story of how it all started,
of Heaven and Earth when they were
created.
————————————————————
PSALM 8
THE MESSAGE (MSG)
A song of wonder to the creator who made all things and gave us a special place in it.
A PSALM OF DAVID
1 God, brilliant Lord, yours is a household
name.

2 Nursing infants gurgle choruses about
you;
toddlers shout the songs
That drown out enemy talk,
and silence atheist babble.

3-4 I look up at your macro-skies, dark and
enormous,
your handmade sky-jewelry,
Moon and stars mounted in their settings.
Then I look at my micro-self and wonder,
Why do you bother with us?
Why take a second look our way?

5-8 Yet we've so narrowly missed being
gods,
bright with Eden's dawn light.
You put us in charge of your handcrafted
world,
repeated to us your Genesis-charge,
Made us lords of sheep and cattle,
even animals out in the wild,
Birds flying and fish swimming,
whales singing in the ocean deeps.

9 God, brilliant Lord,
your name echoes around the world.
————————————————————
2 CORINTHIANS 13:11–13
THE MESSAGE (MSG)
Paul concludes this letter to the Christian
community in Corinth by calling for peace
and blessing them with the Trinitarian
blessing widely known as
"the apostolic blessing." 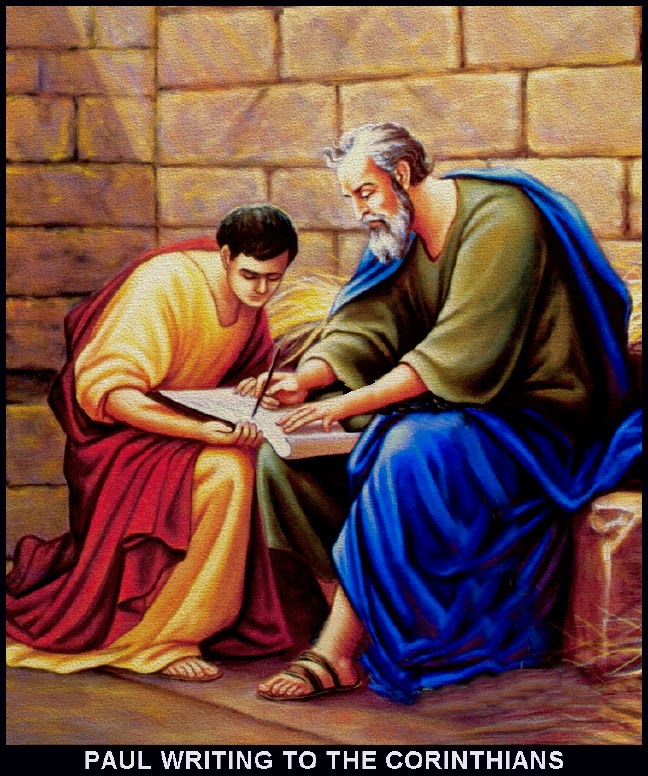 11-13  And that's about it, friends. Be
cheerful. Keep things in good repair. Keep
your spirits up. Think in harmony. Be
agreeable. Do all that, and the God of love
and peace will be with you for sure. Greet
one another with a holy embrace. All the
brothers and sisters here say hello.
————————————————————
MATTHEW 28:16–20
THE MESSAGE (MSG)
The Great Commission of our Lord—as you are going, disciple people of every nationality— also involves baptizing them in the name of Father, Son and Holy Spirit. Through baptism, those seeking to be disciples of Jesus are not only invited but initiated into Life of the Divine Community. 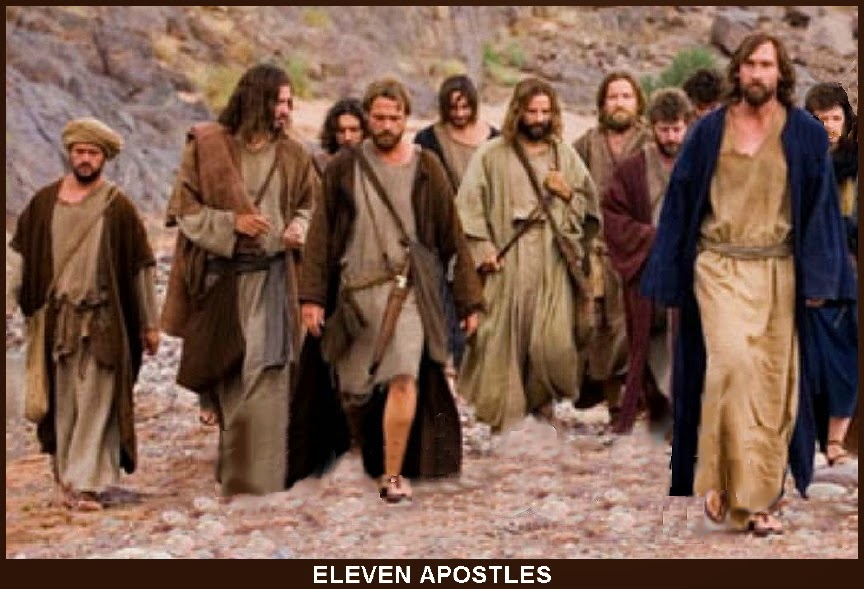 16-17 Meanwhile, the eleven disciples were
on their way to Galilee, headed for the
mountain Jesus had set for their reunion.
The moment they saw him they worshiped
him. Some, though, held back, not sure
about worship, about risking themselves
totally.

18-20 Jesus, undeterred, went right ahead
and gave his charge: "God authorized and
commanded me to commission you: Go
out and train everyone you meet, far and
near, in this way of life, marking them by
baptism in the threefold name: Father,
Son, and Holy Spirit. Then instruct them
in the practice of all I have commanded
you. I'll be with you as you do this, day
after day after day, right up to the end of
the age."
————————————————————
Happy Birthday Art Arter!
Happy Birthday Ryne Noland!
Happy Anniversary John and Rita Elgin!
————————————————————
• 1215 - King John of England put his seal
on the Magna Carta.
• 1607 - The Colonists in North America
completed James Fort in Jamestown, VA.
• 1752 - Benjamin Franklin experimented
by flying a kite during a thunderstorm. The
result was a spark that showed the
relationship between lightning and
electricity.
• 1775 - George Washington was appointed
head of the Continental Army by the
Second Continental Congress.
• 1836 - Arkansas became the 25th state in
the Union.
• 1864 - An order to establish a military
burial ground was signed by Secretary of
War Edwin M. Stanton. The location
became known as Arlington National
Cemetery.
• 1898 - The U.S. House of representatives
approved the annexation of Hawaii.
• 1911 - Computing-Tabulating-Recording
Co. was incorporated in the state of New
York, and later renamed IBM Corp.
• 1916 - U.S. President Woodrow Wilson
signed a bill incorporating the Boy Scouts
of America.
• 1940 - The French fortress of Verdun was
captured by Germans.
• 1944 - American forces began their
successful invasion of Saipan during
World War II.
• 1981 - The U.S. agreed to provide Pakistan
with $3 billion in military and economic aid
from October 1982 to October 1987.
≈≈≈≈≈≈≈≈≈≈≈≈≈≈≈≈≈≈≈≈≈≈≈≈≈≈≈≈≈≈≈≈≈≈≈≈≈
MONDAY, JUNE 16TH —
Happy Anniversary -
Lloyd and Carol McCuen!
THE OFFICE IS CLOSED TODAY.
“Made to Crave” Bible Study at
Casey UMC- Noon 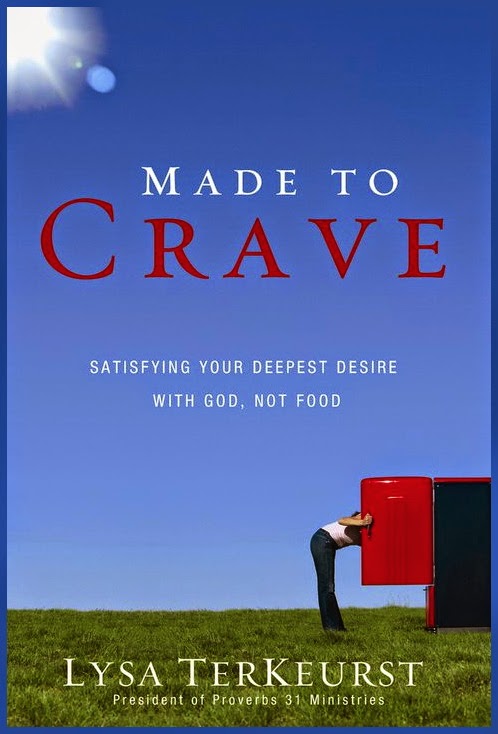 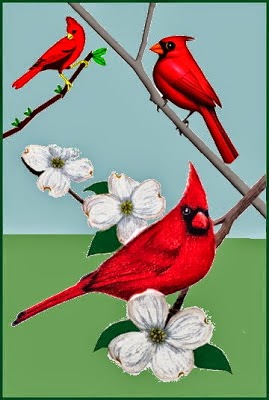 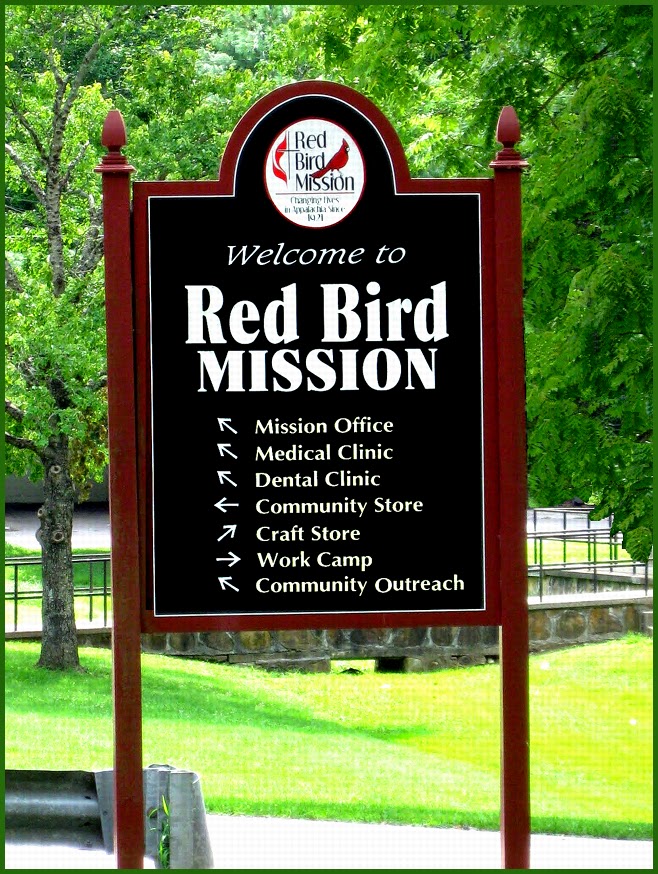 Thank you for your very willing and able
contributions this week. It was a very busy
week and we do appreciate your time and
your talents. Take good care of yourselves.
Without you, the wheels come off, you
know.