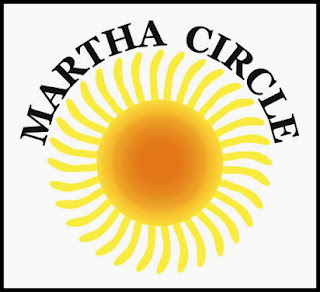 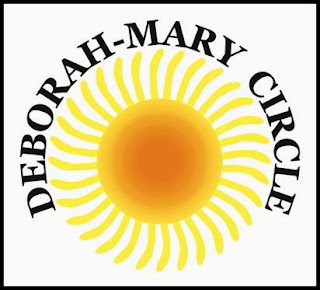 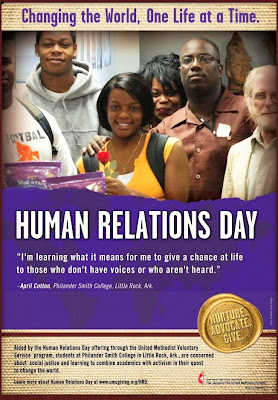 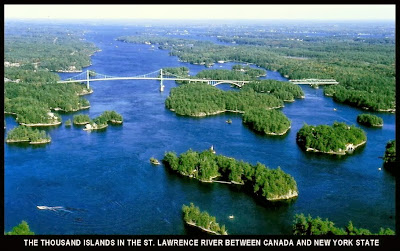 1-3 Listen, far-flung islands,
pay attention, faraway people:
God put me to work from the day I was
born.
The moment I entered the world he
named me.
He gave me speech that would cut and
penetrate.
He kept his hand on me to protect me.
He made me his straight arrow
and hid me in his quiver.
He said to me, "You're my dear servant,
Israel, through whom I'll shine."

4 But I said, "I've worked for nothing.
I've nothing to show for a life of hard
work.
Nevertheless, I'll let God have the last
word.
I'll let him pronounce his verdict."

5-6 "And now," God says,
this God who took me in hand
from the moment of birth to be his
servant,
To bring Jacob back home to him,
to set a reunion for Israel—
What an honor for me in God's eyes!
That God should be my strength!
He says, "But that's not a big enough job
for my servant—
just to recover the tribes of Jacob,
merely to round up the strays of Israel.
I'm setting you up as a light for the nations
so that my salvation becomes global!" 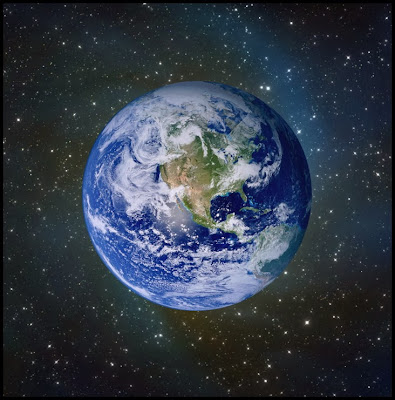 7 God, Redeemer of Israel, The Holy of
Israel,
says to the despised one, kicked around
by the nations,
slave labor to the ruling class:
"Kings will see, get to their feet—the
princes, too—
and then fall on their faces in homage
Because of God, who has faithfully kept
his word,
The Holy of Israel, has chosen you."
————————————————————
PSALM 40:1-11 (UMH 774)
THE MESSAGE (MSG)
A PSALM OF DAVID
1-3 I waited and waited and waited for God.
At last he looked; finally he listened.
He lifted me out of the ditch,
pulled me from deep mud.
He stood me up on a solid rock
to make sure I wouldn't slip. 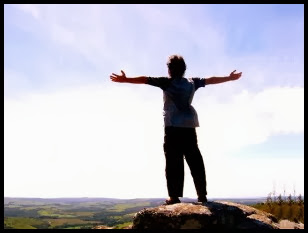 He taught me how to sing the latest
God-song,
a praise-song to our God.
More and more people are seeing this:
they enter the mystery,
abandoning themselves to God.

4-5 Blessed are you who give yourselves
over to God,
turn your backs on the world's "sure
thing,"
ignore what the world worships;
The world's a huge stockpile
of God-wonders and God-thoughts.
Nothing and no one
comes close to you!
I start talking about you, telling what I
know,
and quickly run out of words.
Neither numbers nor words
account for you.

7-8 So I answered, "I'm coming.
I read in your letter what you wrote
about me,
And I'm coming to the party
you're throwing for me."
That's when God's Word entered my life,
became part of my very being.

9-10 I've preached you to the whole
congregation,
I've kept back nothing, God—you know
that.
I didn't keep the news of your ways
a secret, didn't keep it to myself.
I told it all, how dependable you are, how
thorough.
I didn't hold back pieces of love and
truth
For myself alone. I told it all,
let the congregation know the whole
story.

11-12 Now God, don't hold out on me,
don't hold back your passion.
Your love and truth
are all that keeps me together.
When troubles ganged up on me,
a mob of sins past counting,
I was so swamped by guilt
I couldn't see my way clear.
More guilt in my heart than hair on my
head,
so heavy the guilt that my heart gave
out.
————————————————————
1 CORINTHIANS 1:1-9
THE MESSAGE (MSG)
Paul's greeting to Corinthian community.Paul begins his letter to the Christians in Corinth with an affirmation of their robust spiritual strength. Specifically, he notes they are strong in speech, knowledge, and testimony. They know how to talk about their faith and know what they are talking about when they do. 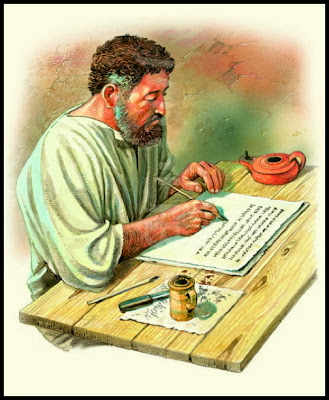 1-2 I, Paul, have been called and sent by
Jesus, the Messiah, according to God's
plan, along with my friend Sosthenes. I
send this letter to you in God's church at
Corinth, believers cleaned up by Jesus and
set apart for a God-filled life. I include in
my greeting all who call out to Jesus,
wherever they live. He's their Master as
well as ours!

3 May all the gifts and benefits that come
from God our Father, and the Master,
Jesus Christ, be yours.

4-6 Every time I think of you—and I think
of you often!—I thank God for your lives of
free and open access to God, given by
Jesus. There's no end to what has
happened in you—it's beyond speech,
beyond knowledge. The evidence of Christ
has been clearly verified in your lives.

7-9 Just think—you don't need a thing,
you've got it all! All God's gifts are right in
front of you as you wait expectantly for our
Master Jesus to arrive on the scene for the
Finale. And not only that, but God himself
is right alongside to keep you steady and
on track until things are all wrapped up by
Jesus. God, who got you started in this
spiritual adventure, shares with us the life
of his Son and our Master Jesus. He will
never give up on you. Never forget that.
————————————————————
JOHN 1:29-42
THE MESSAGE (MSG)
John the Baptist tells of the baptism of Jesus and points out the "Lamb of God." They follow him and tell others they have found the Messiah.
THE GOD-REVEALER
29-31 The very next day John saw Jesus
coming toward him and yelled out, "Here
he is, God's Passover Lamb! He forgives
the sins of the world! This is the man I've
been talking about, 'the One who comes
after me but is really ahead of me.' I knew
nothing about who he was—only this: that
my task has been to get Israel ready to
recognize him as the God-Revealer. That
is why I came here baptizing with water,
giving you a good bath and scrubbing sins
from your life so you can get a fresh start
with God."

32-34 John clinched his witness with this: 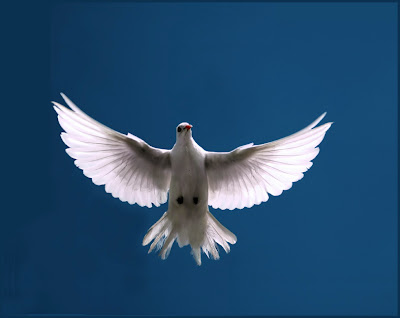 "I watched the Spirit, like a dove flying
down out of the sky, making himself at
home in him. I repeat, I know nothing about
him except this: The One who authorized
me to baptize with water told me, 'The One
on whom you see the Spirit come down
and stay, this One will baptize with the Holy
Spirit.' That's exactly what I saw happen,
and I'm telling you, there's no question
about it: This is the Son of God."
Come, See for Yourself
35-36 The next day John was back at his
post with two disciples, who were watching.
He looked up, saw Jesus walking nearby,
and said, "Here he is, God's Passover Lamb."

37-38 The two disciples heard him and
went after Jesus. Jesus looked over his
shoulder and said to them, "What are you
after?"

They said, "Rabbi"
(which means "Teacher"), "where are you
staying?"

39 He replied, "Come along and see for
yourself."

They came, saw where he was living, and
ended up staying with him for the day. It
was late afternoon when this happened.

40-42 Andrew, Simon Peter's brother, was
one of the two who heard John's witness
and followed Jesus. The first thing he did
after finding where Jesus lived was find
his own brother, Simon, telling him, "We've
found the Messiah" (that is, "Christ"). He
immediately led him to Jesus. 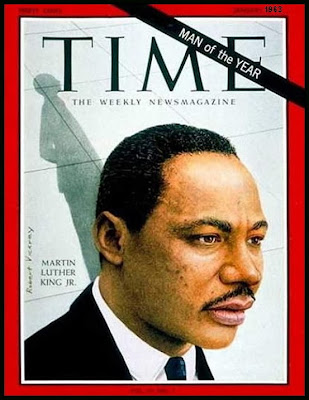 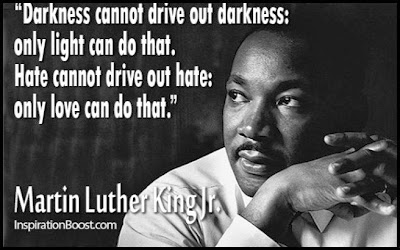 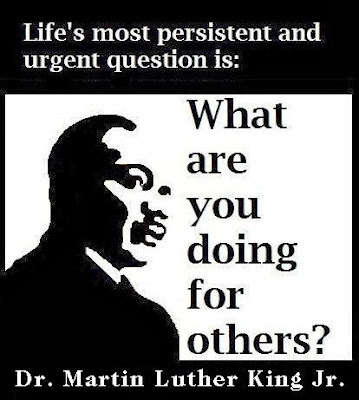 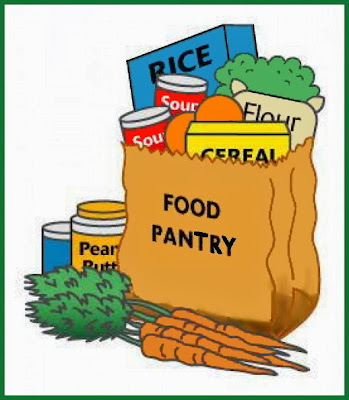 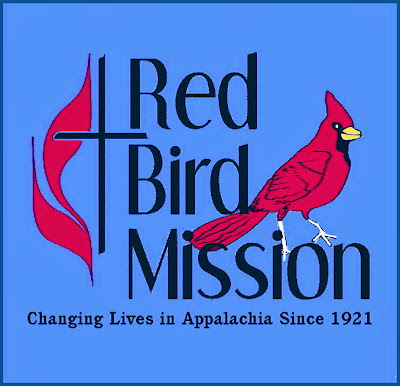 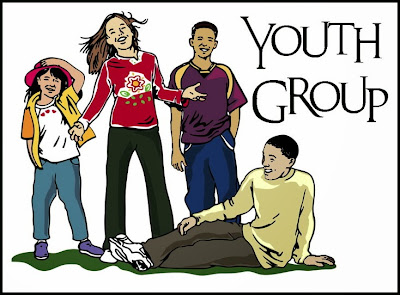 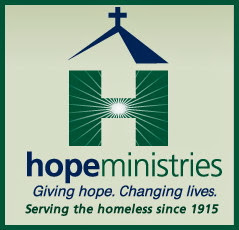 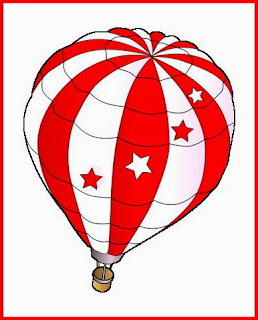 Soon the sun will move back north and the
warm, bright days will return.