OUR WEEK-JANUARY 26 TO FEBRUARY 1ST — 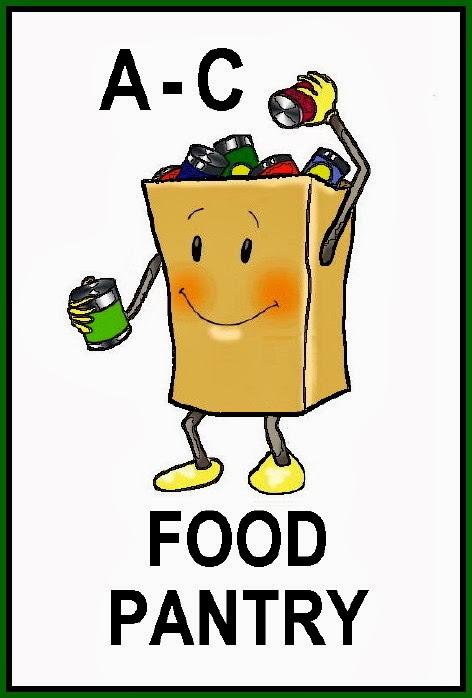 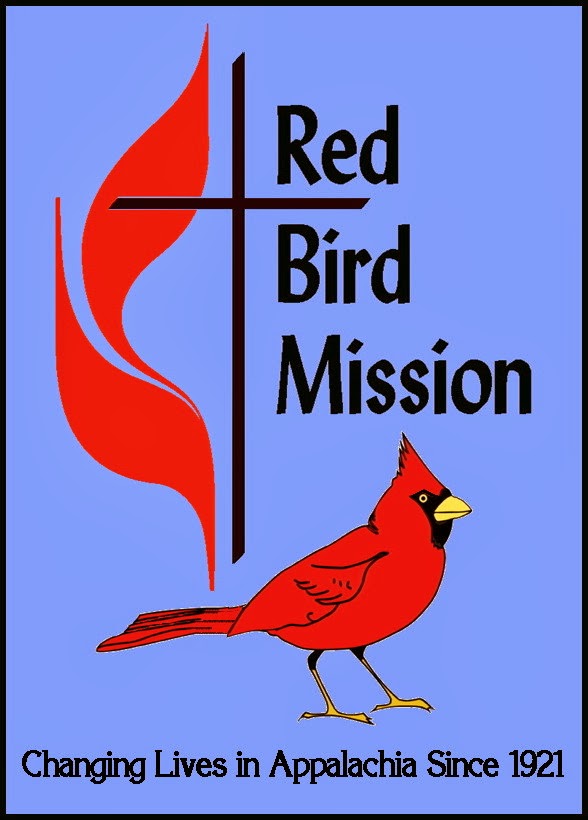 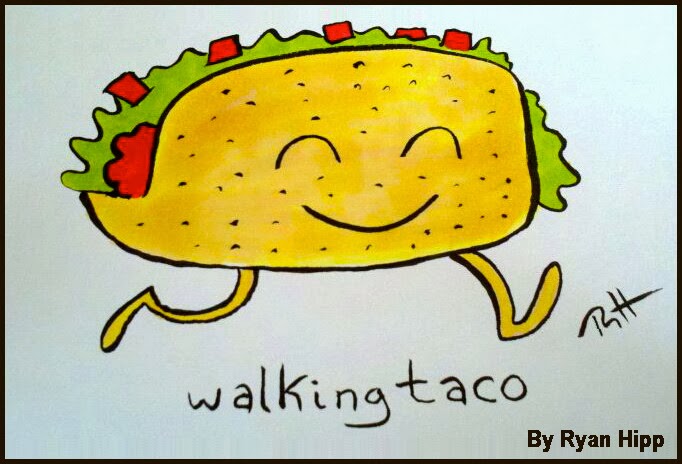 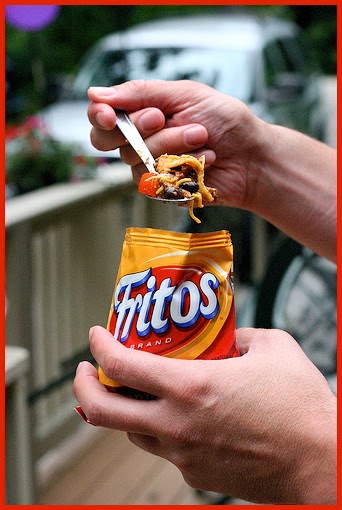 • This will support a local team from Adair,
Casey United Methodist Churches who will
be volunteering for one week in June at the
Red Bird Mission in Kentucky.
YOUTH GROUP WILL MEET FOLLOWING
LUNCH. 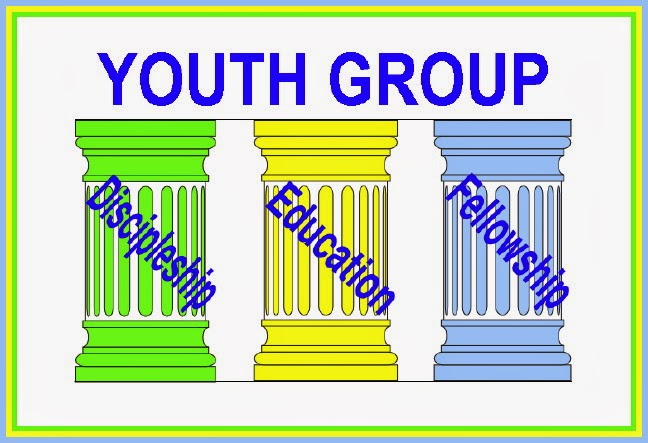 SCRIPTURE READINGS —
————————————————————
ISAIAH 9:1-4
THE MESSAGE (MSG)
The people who walked in darkness have seen a great light." A word of hope for a land where Israel (Samaria) and Syria had fought most of their major battles in the past and were about to fight Judah without regard for the good of the people who called that land home.
A CHILD HAS BEEN BORN—FOR US!
1 But there'll be no darkness for those
who were in trouble. Earlier he did bring
the lands of Zebulun and Naphtali into
disrepute, but the time is coming when
he'll make that whole area glorious— the
road along the Sea, the country past the
Jordan, international Galilee. 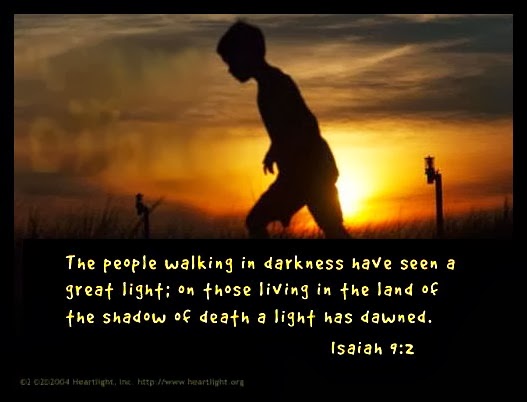 2-7 The people who walked in darkness
have seen a great light.
For those who lived in a land of deep
shadows—
light! sunbursts of light!
You repopulated the nation,
you expanded its joy.
Oh, they're so glad in your presence!
Festival joy!
The joy of a great celebration,
sharing rich gifts and warm greetings.
The abuse of oppressors and cruelty of
tyrants—
all their whips and cudgels and curses -
Is gone, done away with, a deliverance
as surprising and sudden as Gideon's
old victory over Midian.
The boots of all those invading troops,
along with their shirts soaked with
innocent blood,
Will be piled in a heap and burned,
a fire that will burn for days! 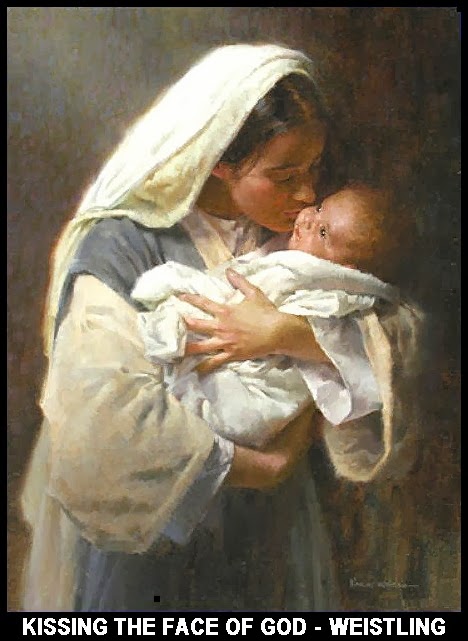 For a child has been born—for us!
the gift of a son—for us!
He'll take over
the running of the world.
His names will be: Amazing Counselor,
Strong God,
Eternal Father,
Prince of Wholeness.
His ruling authority will grow,
and there'll be no limits to the whole-
ness he brings.
He'll rule from the historic David throne
over that promised kingdom.
He'll put that kingdom on a firm footing
and keep it going
With fair dealing and right living,
beginning now and lasting always.
The zeal of God-of-the-Angel-Armies
will do all this.
————————————————————
PSALM 27:1-9 (UMH 758)
THE MESSAGE (MSG)
A prayer of those who live in a "land of deep darkness."
PSALM OF DAVID
1 Light, space, zest— that's God!
So, with him on my side I'm fearless,
afraid of no one and nothing.

2 When vandal hordes ride down
ready to eat me alive,
Those bullies and toughs
fall flat on their faces. 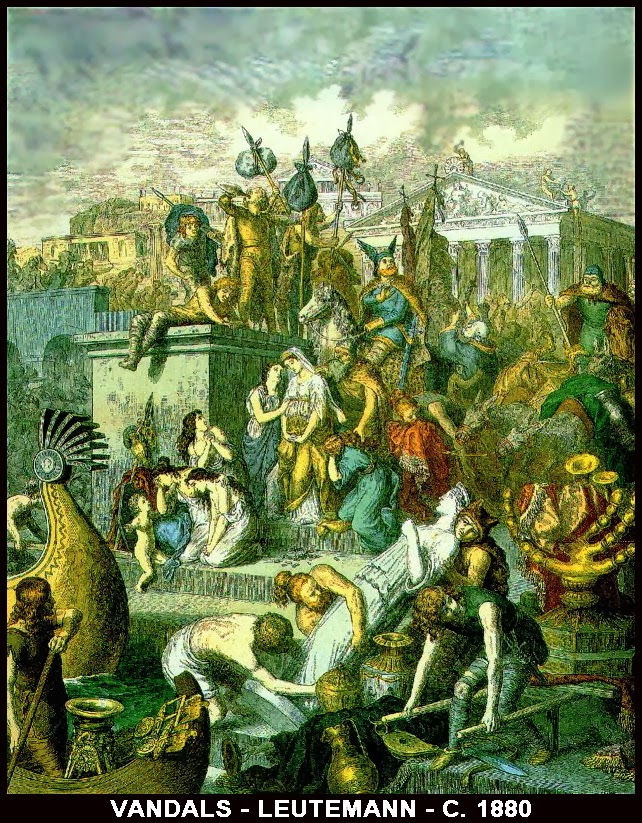 3 When besieged,
I'm calm as a baby.
When all hell breaks loose,
I'm collected and cool.

4 I'm asking God for one thing,
only one thing:
To live with him in his house
my whole life long.
I'll contemplate his beauty;
I'll study at his feet.

5 That's the only quiet, secure place
in a noisy world,
The perfect getaway,
far from the buzz of traffic.

6 God holds me head and shoulders
above all who try to pull me down.
I'm headed for his place to offer
anthems that will raise the roof!
Already I'm singing God-songs;
I'm making music to God. 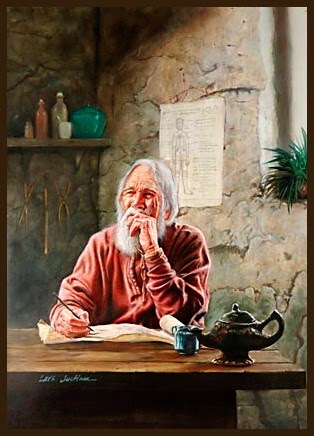 THE CROSS: IRONY OF GOD'S WISDOM
10 I have a serious concern to bring up
with you, my friends, using the authority
of Jesus, our Master. I'll put it as urgently
as I can: You must get along with each
other. You must learn to be considerate of
one another, cultivating a life in common.

11-12 I bring this up because some from
Chloe's family brought a most disturbing
report to my attention, that you're fighting
among yourselves! I'll tell you exactly
what I was told: You're all picking sides,
going around saying, "I'm on Paul's side,"
or "I'm for Apollos," or "Peter is my man,"
or "I'm in the Messiah group."

13-16 I ask you, "Has the Messiah been
chopped up in little pieces so we can each
have a relic all our own? Was Paul
crucified for you? Was a single one of you
baptized in Paul's name?" I was not
involved with any of your baptisms—
except for Crispus and Gaius—and on
getting this report, I'm sure glad I wasn't.
At least no one can go around saying he
was baptized in my name. (Come to think
of it, I also baptized Stephanas's family,
but as far as I can recall, that's it.)

17 God didn't send me out to collect a
following for myself, but to preach the
Message of what he has done, collecting
a following for him.  And he didn't send
me to do it with a lot of fancy rhetoric of
my own, lest the powerful action at the
center—Christ on the Cross—
be trivialized into mere words.

18-21 The Message that points to Christ
on the Cross seems like sheer silliness to
those hellbent on destruction, but for
those on the way of salvation it makes
perfect sense. This is the way God works,
and most powerfully as it turns out. It's
written,

I'll turn conventional wisdom on its head,
I'll expose so-called experts as crackpots.
So where can you find someone truly wise,
truly educated, truly intelligent in this day
and age? Hasn't God exposed it all as
pretentious nonsense? Since the world in
all its fancy wisdom never had a clue when
it came to knowing God, God in his
wisdom took delight in using what the
world considered dumb—preaching, of all
things! —to bring those who trust him into
the way of salvation.
————————————————————
MATTHEW 4:12-23
THE MESSAGE (MSG)
Jesus begins to announce the kingdom of God by the Sea of Galilee, healing, teaching, and calling fishermen to be his disciples.
TEACHING AND HEALING
12-17 When Jesus got word that John had
been arrested, he returned to Galilee. He
moved from his hometown, Nazareth, to
the lakeside village Capernaum, nestled at
the base of the Zebulun and Naphtali hills.
This move completed Isaiah's sermon:

Land of Zebulun, land of Naphtali,
road to the sea, over Jordan,
Galilee, crossroads for the nations.
People sitting out their lives in the dark
saw a huge light;
Sitting in that dark, dark country of death,
they watched the sun come up.

This Isaiah-prophesied sermon came to
life in Galilee the moment Jesus started
preaching. He picked up where John left
off:  "Change your life. God's kingdom is
here."

18-20 Walking along the beach of Lake
Galilee, Jesus saw two brothers: Simon
(later called Peter) and Andrew. They were
fishing, throwing their nets into the lake. 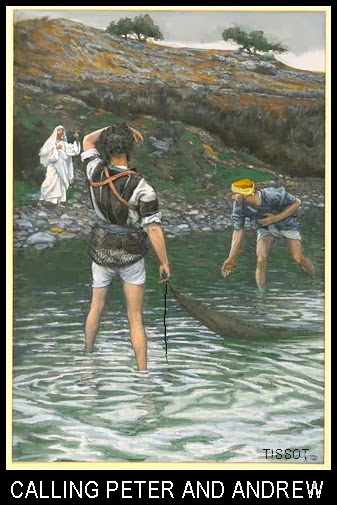 It was their regular work. Jesus said to
them, "Come with me. I'll make a new kind
of fisherman out of you. I'll show you how
to catch men and women instead of perch
and bass." They didn't ask questions, but
simply dropped their nets and followed.

21-22 A short distance down the beach
they came upon another pair of brothers,
James and John, Zebedee's sons. These
two were sitting in a boat with their father,
Zebedee, mending their fishnets. Jesus
made the same offer to them, and they
were just as quick to follow, abandoning
boat and father.

23-25 From there he went all over Galilee.
He used synagogues for meeting places
and taught people the truth of God. God's
kingdom was his theme—that beginning
right now they were under God's
government, a good government! He also
healed people of their diseases and of the
bad effects of their bad lives. Word got
around the entire Roman province of Syria.
People brought anybody with an ailment,
whether mental, emotional, or physical.
Jesus healed them, one and all. More and
more people came, the momentum
gathering. Besides those from Galilee,
crowds came from the "Ten Towns" across
the lake, others up from Jerusalem and
Judea, still others from across the Jordan.
————————————————————
• 1500 - Spanish explorer Vicente Yanez
Pinzon, who commanded the Nina during
Christopher Columbus' first expedition to
the New World, discovered Brazil.
• 1784 - In a letter to a daughter, Benjamin
Franklin expressed unhappiness over the
eagle as the symbol of America. He wanted
the symbol to be the turkey.
• 1802 - The U.S. Congress passed an act
calling for a library to be established with-
in the U.S. Capitol.
• 1837 - Michigan became the 26th state to
join the United States.
• 1861 - In the United States, Louisiana
seceded from the Union.
• 1870 - The state of Virgina rejoined the
Union.
• 1942 - The first American expeditionary
force to go to Europe during World War II
went ashore in Northern Ireland.
• 1969 - California was declared a disaster
area after two days of flooding and
mudslides.
• 1992 - Russian president Boris Yeltsin
announced that his country would stop
targeting U.S. cities with nuclear weapons.
≈≈≈≈≈≈≈≈≈≈≈≈≈≈≈≈≈≈≈≈≈≈≈≈≈≈≈≈≈≈≈≈≈≈≈≈≈
MONDAY, JANUARY 27TH —
THE OFFICE IS CLOSED TODAY.
Happy Birthday Amanda Beattie!
Happy Birthday Doug Harris!
————————————————————
Pastor Melodee will be on vacation for a
week.  If you have an emergency in Casey,
call Brick.  If you have an emergency in
Adair, contact Bill Umbaugh
————————————————————
• 1880 - Thomas Edison patented the
electric incandescent lamp.
• 1888 - The National Geographic Society
was founded in Washington, DC.
• 1926 - John Baird, a Scottish inventor,
demonstrated a pictorial transmission
machine called television.
• 1927 - United Independent Broadcasters
Inc. started a radio network with contracts
of 16 stations. The company later became
Columbia Broadcasting System (CBS).
• 1945 - Soviet troops liberated the Nazi
concentration camps Auschwitz and
Birkenau in Poland.  At least 1.1 million
prisoners died at Auschwitz; around 90
percent of them were Jewish.
• 1997 - It was revealed that French national
museums were holding nearly 2,000 works
of art stolen from Jews by the Nazis during
World War II.
• 2010 - Steve Jobs unveiled the Apple iPad.
≈≈≈≈≈≈≈≈≈≈≈≈≈≈≈≈≈≈≈≈≈≈≈≈≈≈≈≈≈≈≈≈≈≈≈≈≈
TUESDAY, JANUARY 28TH — ————————————————————
• 1547 - England's King Henry VIII died. He
was succeeded to the throne by his 9 year
old son, Edward VI.
• 1788 - The first British penal settlement
was founded at Botany Bay in Australia.
• 1878 - The first telephone switchboard
was installed in New Haven, Connecticut.
• 1902 - The Carnegie Institute was first
established in Washington, DC. It began
with a gift of $10 million from Andrew
Carnegie.
• 1915 - The Coast Guard was created by
an act of the U.S. Congress to fight
contraband trade and aid distressed
vessels at sea.
• 1945 - In World War II, Allied supplies
began reaching China over the newly
reopened Burma Road.
• 1986 - The U.S. space shuttle Challenger
exploded just after takeoff. All seven of its
crew members were killed.
≈≈≈≈≈≈≈≈≈≈≈≈≈≈≈≈≈≈≈≈≈≈≈≈≈≈≈≈≈≈≈≈≈≈≈≈≈
WEDNESDAY, JANUARY 29TH —
Happy Birthday Pat Whetstone!
Happy Anniversary Neil and Sandra Lundy!
————————————————————
ADAIR AND CASEY AD COUNCIL
MEETINGS IN ADAIR UMC AT 7:00 P.M. 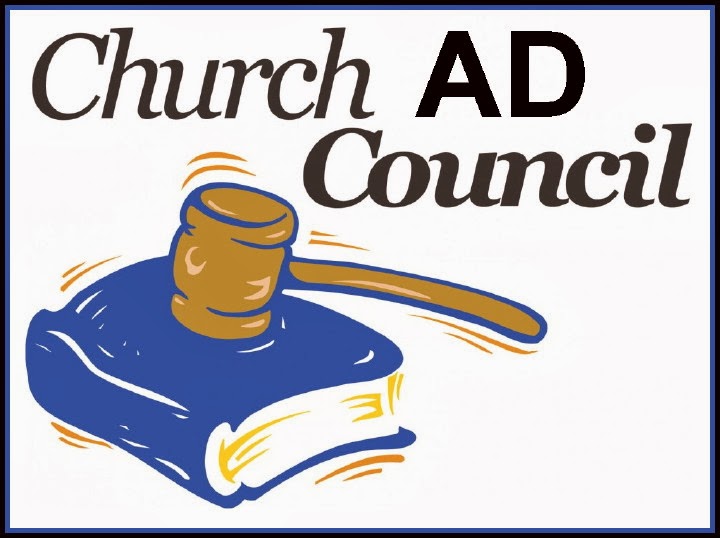 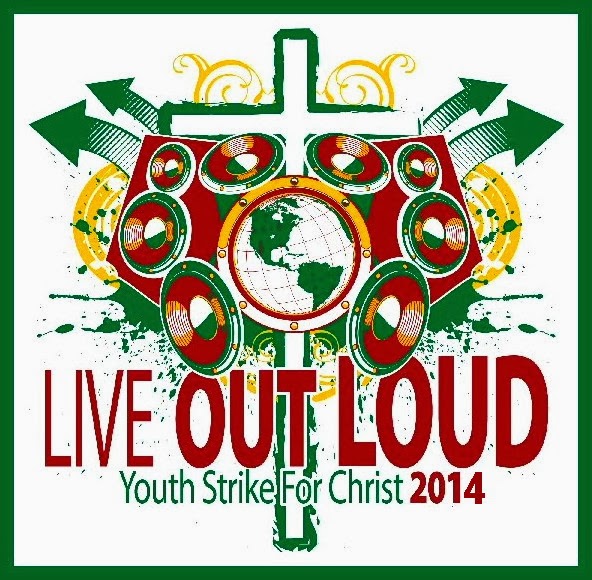 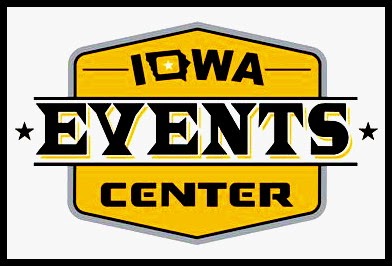 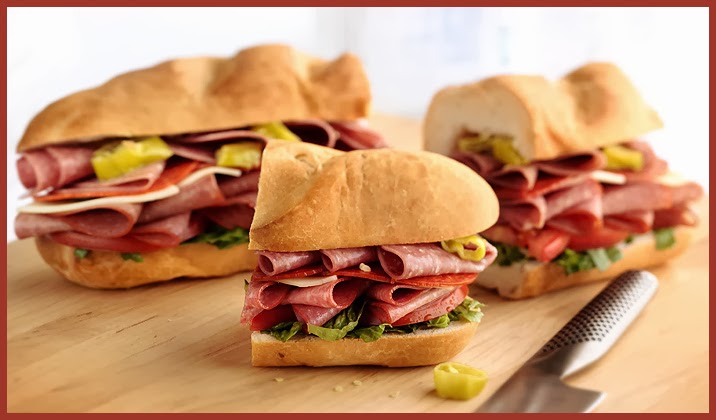 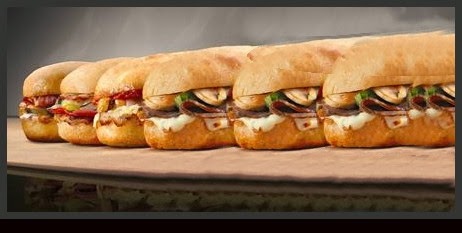 Super Bowl XLVIII  is between the Denver
Broncos and the Seattle Seahawks for
the NFL champion in the 2013 season. It
will be played at MetLife Stadium in the
Meadowlands Sports Complex located in
Rutherford, New Jersey. The kickoff is
6:25 P.M. E.S.T.  (5:25 P.M. C.S.T.)
This will be the first Super Bowl played
outdoors in a cold weather environment,
the first played on February 2, and the
first in which two US states (New York
and New Jersey) share hosting duties.
————————————————————
SATURDAY, FEBRUARY 8TH —
MISSION OPPORTUNITY ATHOPE MINISTRIES IN DES MOINESLEAVING CASEY U.M.C. AT 9 A.M.
Opportunity open to young and old alike.