OUR WEEK-JANUARY 12TH TO JANUARY 18TH 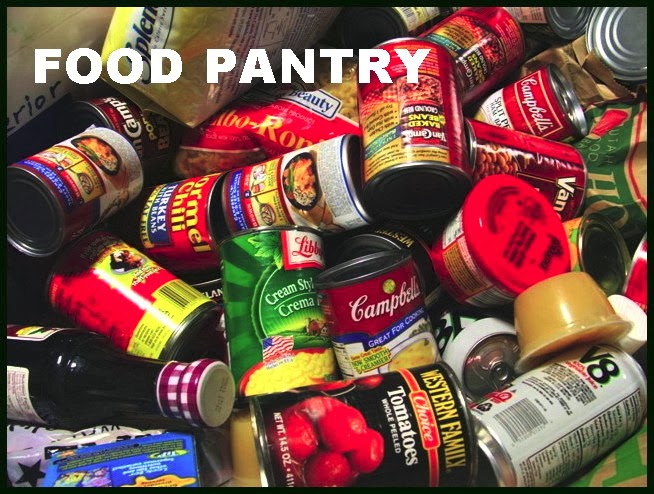 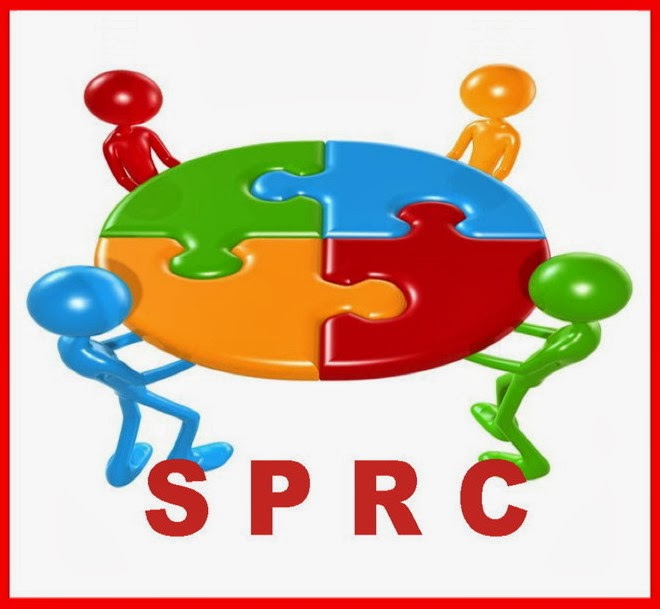 THIS IS BAPTISM OF THE LORD SUNDAY
COLOR:  WHITE OR GOLD 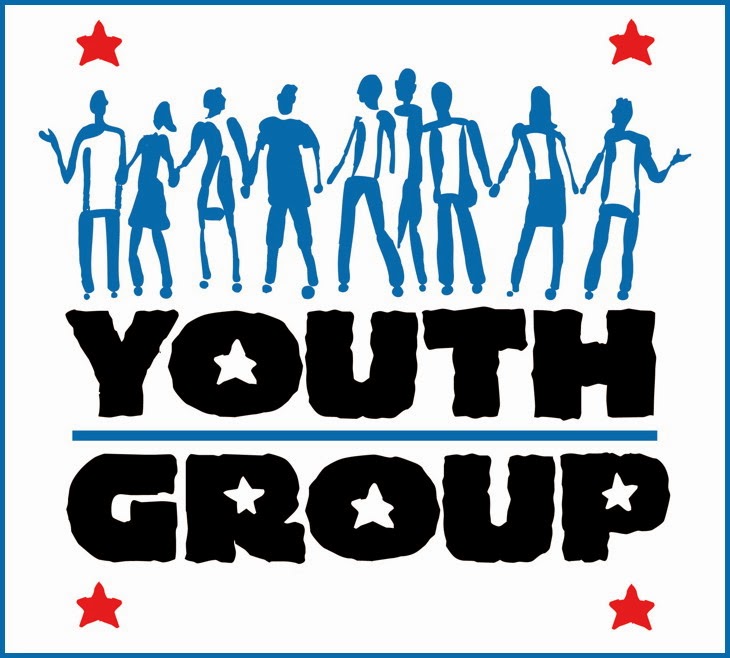 SCRIPTURE READINGS —
————————————————————
ISAIAH 42:1–9
THE MESSAGE (MSG)
"Here is my servant . . my chosen . . I have given you as . . a light to the nations."The identity of the Servant seems to vary from song to song, and has been a source of ongoing scholarly speculation both in Judaism and in Christianity. Some of the servant songs even name Cyrus, the King of Persia, who released the Judeans from exile in Babylon, as that servant.Today, we read this text as a reference to Jesus, the Messiah.
GOD'S SERVANT WILL SET EVERYTHING
RIGHT 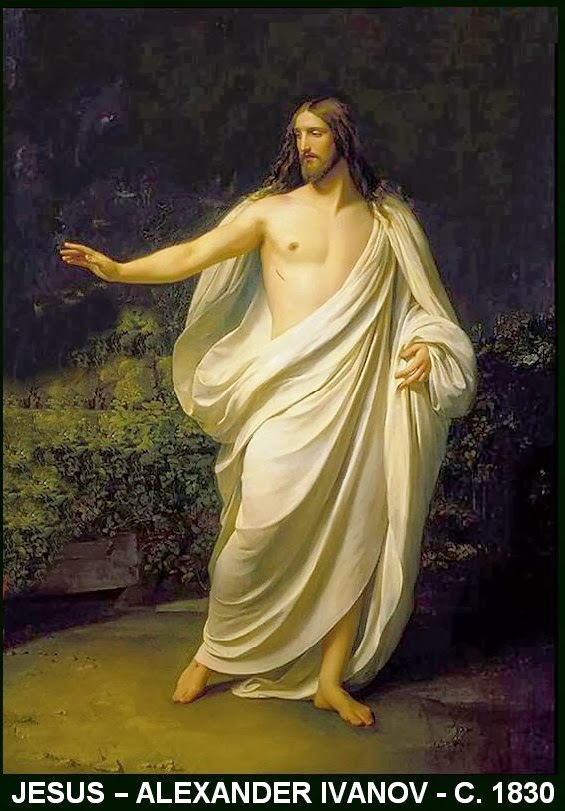 1-4 "Take a good look at my servant.
I'm backing him to the hilt.
He's the one I chose,
and I couldn't be more pleased with him.
I've bathed him with my Spirit, my life.
He'll set everything right among the
nations.
He won't call attention to what he does
with loud speeches or gaudy parades.
He won't brush aside the bruised and the
hurt
and he won't disregard the small and
insignificant,
but he'll steadily and firmly set things
right.
He won't tire out and quit. He won't be
stopped
until he's finished his work-to set things
right on earth.
Far-flung ocean islands
wait expectantly for his teaching."
The God Who Makes Us Alive with His
Own Life
5-9 God's Message,
the God who created the cosmos,
stretched out the skies,
laid out the earth and all that grows from
it,
Who breathes life into earth's people,
makes them alive with his own life:
"I am God. I have called you to live right
and well.
I have taken responsibility for you, kept
you safe.
I have set you among my people to bind
them to me,
and provided you as a lighthouse to the
nations,
To make a start at bringing people into the
open, into light:
opening blind eyes,
releasing prisoners from dungeons,
emptying the dark prisons.
I am God. That's my name.
I don't franchise my glory,
don't endorse the no-god idols.
Take note: The earlier predictions of
judgment have been fulfilled.
I'm announcing the new salvation work.
Before it bursts on the scene,
I'm telling you all about it."
————————————————————
PSALM 29 (UMH 761)
THE MESSAGE (MSG)
A PSALM OF DAVID
1-2 Bravo, God, bravo! Gods and all
angels shout, "Encore!"
In awe before the glory,
in awe before God's visible power.
Stand at attention!
Dress your best to honor him!

3 God thunders across the waters,
Brilliant, his voice and his face,
streaming brightness—
God, across the flood waters. 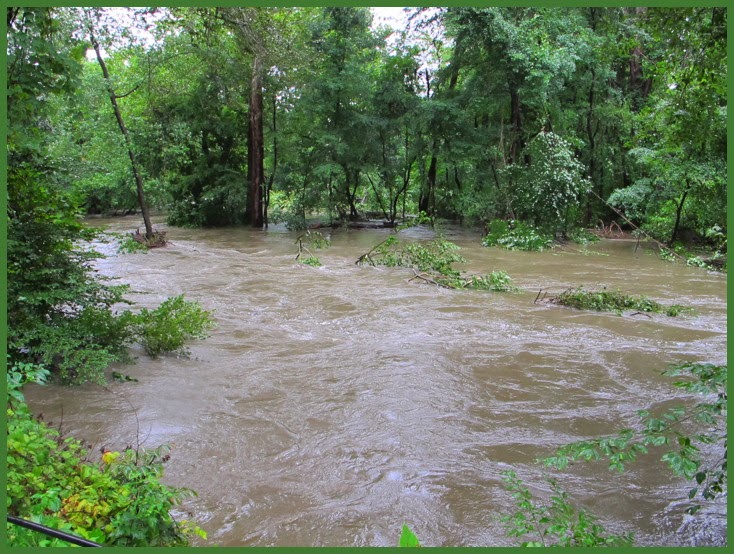 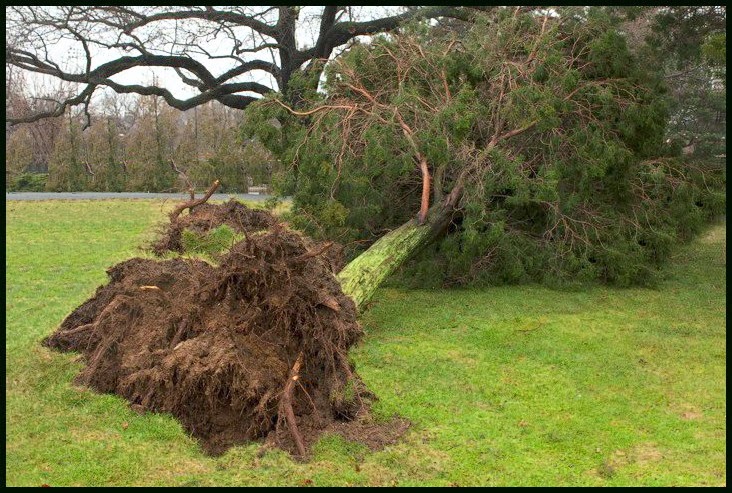 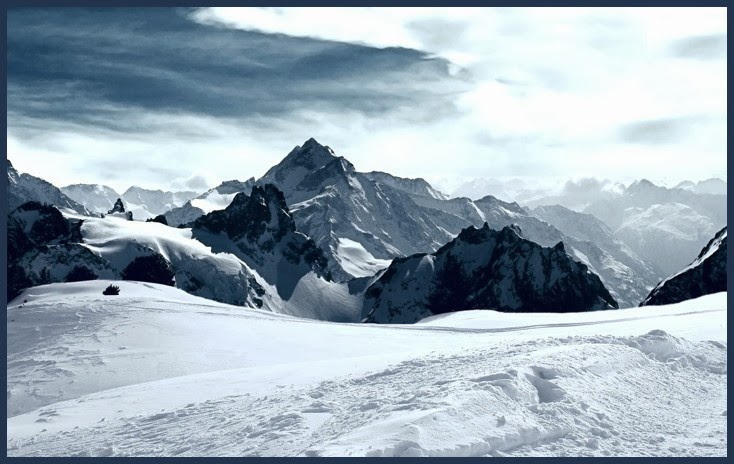 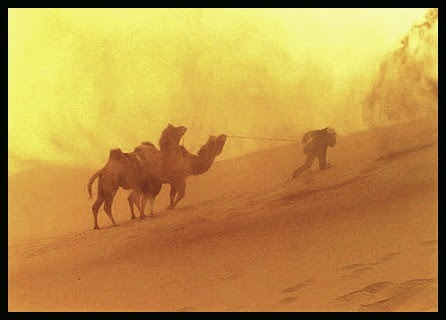 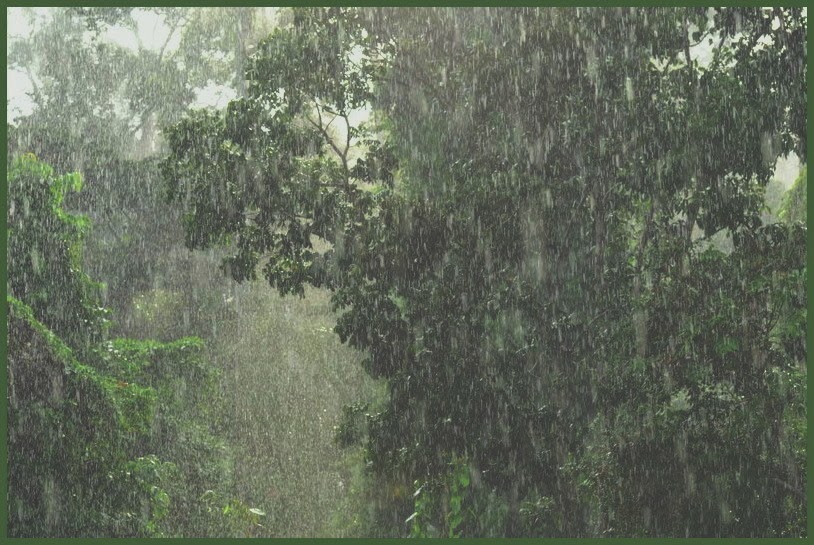 We fall to our knees-we call out, "Glory!"

10 Above the floodwaters is God's throne
from which his power flows,
from which he rules the world.

11 God makes his people strong.
God gives his people peace.
————————————————————
ACTS 10:34-43
THE MESSAGE (MSG)
Peter, preaching to Cornelius and his household, summarizes the life and ministry of Jesus, "beginning in Galilee after the baptism . . ."This reminds us the waters of baptism are open to all, anywhere, everywhere.  This text adds that Jesus as Judge of the living and the dead and Forgiver of sins for all who follow his way.Baptism holds for us, new creation, new birth, adoption as children of God, means of justice, a seal for the day of judgment and cleansing from sin.
34-36 Peter fairly exploded with his good
news: "It's God's own truth, nothing could
be plainer: God plays no favorites! It makes
no difference who you are or where you're
from—if you want God and are ready to do
as he says, the door is open. The Message
he sent to the children of Israel—that
through Jesus Christ everything is being
put together again—well, he's doing it
everywhere, among everyone.

37-38 "You know the story of what
happened in Judea. It began in Galilee
after John preached a total life-change.
Then Jesus arrived from Nazareth,
anointed by God with the Holy Spirit, ready
for action. He went through the country
helping people and healing everyone who
was beaten down by the Devil. He was
able to do all this because God was with
him.

39-43 "And we saw it, saw it all, everything
he did in the land of the Jews and in
Jerusalem where they killed him, hung him
from a cross. But in three days God had
him up, alive, and out where he could be
seen. Not everyone saw him—he wasn't
put on public display. Witnesses had been
carefully handpicked by God beforehand
—us! We were the ones, there to eat and
drink with him after he came back from the
dead. He commissioned us to announce
this in public, to bear solemn witness that
he is in fact the One whom God destined
as Judge of the living and dead. But we're
not alone in this. Our witness that he is
the means to forgiveness of sins is
backed up by the witness of all prophets."
————————————————————
MATTHEW 3:13-17
THE MESSAGE (MSG)
Matthew's account of the baptism of Jesus at the Jordan.  Matthew’s account is in two parts: John’s objection and the baptism itself. Each is important to the
event.   Matthew is the only gospel writer  to record disapproval by John to the baptism of Jesus.  Jesus insists not onlythat John should baptize him, but that he should let go of his objection.
13-14 Jesus then appeared, arriving at the
Jordan River from Galilee. He wanted John
to baptize him. John objected, "I'm the one
who needs to be baptized, not you!"

15 But Jesus insisted. "Do it. God's work,
putting things right all these centuries, is
coming together right now in this baptism."
So John did it. 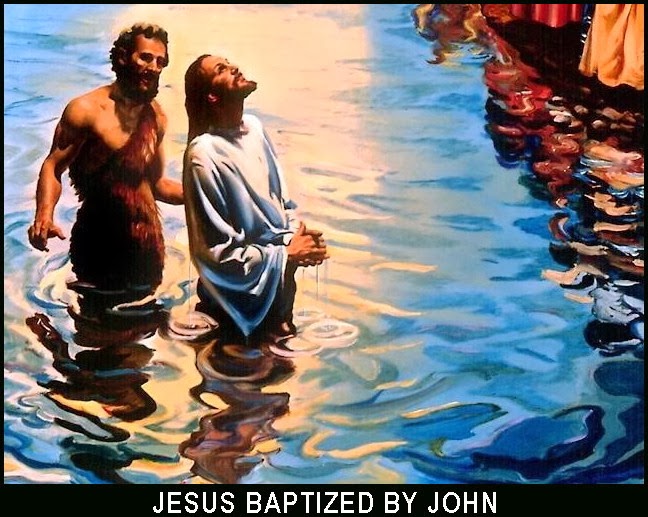 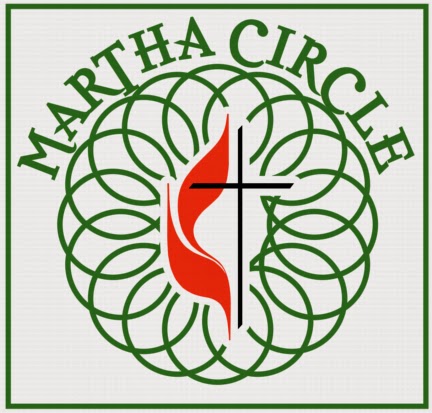 MARTHA CIRCLE WILL MEET AT 7 P.M.
————————————————————
• 1559 - England's Queen Elizabeth I
(Elizabeth Tudor) was crowned in
Westminster Abbey.
• 1624 - Many riots occurred in Mexico
when it was announced that all churches
were to be closed.
• 1777 - The people of New Connecticut
(now the state of Vermont) declared their
independence.
• 1892 - "Triangle" magazine in Springfield,
MA, published the rules for a brand new
game. The original rules involved attaching
a peach basket to a suspended board. It is
now known as basketball.
• 1943 - The Pentagon was dedicated as the
world's largest office building just outside
Washington, DC, in Arlington, Virginia. This
structure covers 34 acres of land and has
17 miles of corridors.
• 1967 - The first National Football League
Super Bowl was played. The Green Bay
Packers defeated the Kansas City Chiefs of
the American Football League. The final
score was 35-10.
• 1986 - President Reagan signed legislation
making Martin Luther King, Jr.'s birthday a
national holiday to be celebrated on the
third Monday of January.
≈≈≈≈≈≈≈≈≈≈≈≈≈≈≈≈≈≈≈≈≈≈≈≈≈≈≈≈≈≈≈≈≈≈≈≈≈
THURSDAY, JANUARY 16TH —
Happy Birthday Karen Ferguson! 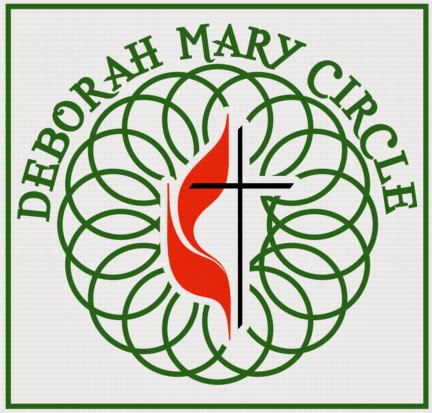 
SATURDAY, FEBRUARY 8TH —
TODAY IS:
SERVICE OPPORTUNITY SATURDAY
Transportation will leave Casey U.M.C.
at 9 A.M. this morning.
See you there. 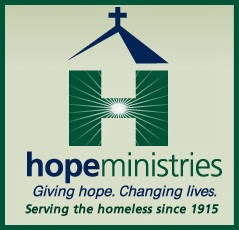 Hope Ministries has a full program of
opportunities to help the less fortunate.
Their mantra is:
GIVING HOPE AND CHANGING LIVES.
• They have the Encore Thrift Store at
4640 Merle Hay Road

• Check out the website for much more
information. There is much to learn!