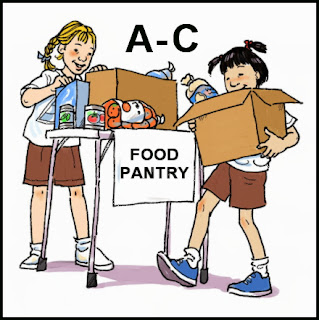 FOURTH SUNDAY IN
“A SEASON OF SAINTS.”
The global Christian saint featured this week
is VIBIA PERPETUA, a third-century
Christian martyr in Northern Africa
(Carthage). 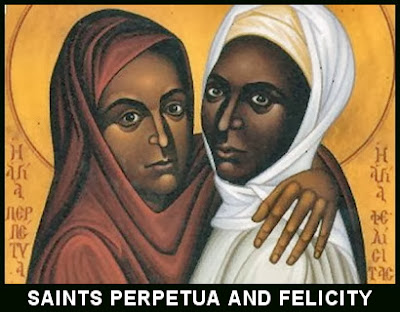 • Saint Perpetua and her slave, Felicity,
believed to have died 7 March 203, are
Christian martyrs of the 3rd century.
Perpetua (born around 181) was a 22
year old married noblewoman and a
nursing mother. Her co-martyr Felicity,
was an expectant mother. They suffered
together at Carthage in the Roman
province of Africa, during the reign of
Septimius Severus.
“The Passion of St. Perpetua, St. Felicitas,
and their Companions” is said to preserve
the actual account of her arrest and
imprisonment.  According to this book,
a number of those receiving instruction
were arrested for their faith and executed at
the military games in celebration of the
Emperor Geta's birthday. This group
consisted of  Perpetua, a slave named
Revocatus, a female slave Felicitas, two
free men Saturninus and Seculdulus.
Perpetua’s account opens with conflict
between her and her father, who wishes for
her to recant her belief. Perpetua refuses,
and is baptized before being moved to
prison. Her child is able to stay in prison
with her for the time being. Perpetua’s
father visits her in prison and pleads with
her, but Perpetua is steadfast in her faith.
She is brought to a hearing before the
governor where she will not deny her faith.
On the day of the games, the martyrs are
led into the amphitheatre.  They were then
whipped, then set upon by wild animals.
Finally they were pierced by swords. 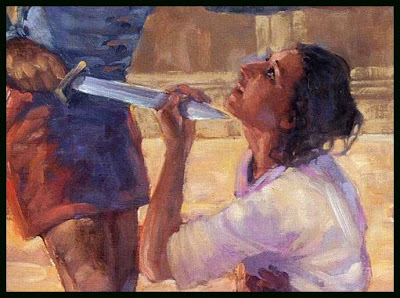 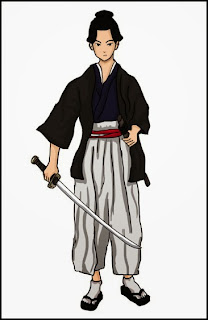 Arriving in San Francisco in 1875, Miyama
heard Otis Gibson, superintendent of the
Chinese Christian Mission, tell a story
about George Washington, whose father
had directed his attention to the will of
God behind the order of the world. Miyama
heard Gibson's sermon as a challenge to
his egotism, an admonition to confess his
sins, an invitation to accept Christ.
Kanichi Miyama’s capacity to offer Christian
ministry was deeply marked by aftermath,
both in Hawaii and in Japan. 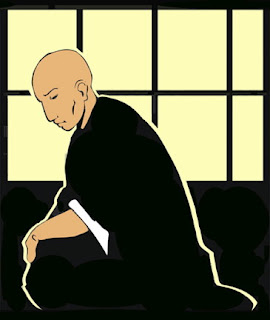 One of the first Japanese American converts
to Christianity, Miyama was sent to Hawaii
to serve the Japanese immigrant workers
who were suffering under exploitive working
conditions. These people had their own
condition of aftermath. First, his patient
work among them helped to stabilize and
reverse their life conditions, forming some of
these people into the very first Japanese
Christian Church in Hawaii.
Miyama was sent to return to his homeland
of Japan in 1890, to serve in Nagoya, but
found it a very difficult appointment. He was
perceived as too Americanized for his native
Japanese congregation and wider community.
When an earthquake struck in 1891, however,
killing his nephew and injuring both him and
his wife, he stayed behind to help rescue the
survivors. By coming into solidarity with
those suffering in the midst of their
suffering, he found his ministry suddenly
accepted. Word of his actions spread,
giving him a welcome among Japanese
Methodists and many others he evangelized
wherever he would serve after that.

SCRIPTURE READINGS:
————————————————————
JOEL 2:23-32
THE MESSAGE (MSG)
The previous verses describe with graphic
detail the destruction of Jerusalem and
Judah.  These verses speak of restoration
to come and later a time when God's Spirit
would be poured out on all flesh with
simultaneous prediction in heaven and
earth - - while the sky is dark and the moon
blood red, people of all ages and stations
will prophesy, see visions, and dream
dreams.  Today, from Joel, we have
“Promises for After the Aftermath.” Joel
may have been a pre-exilic prophet,  what
we read from him today speaks forward
(prophesies!) to a time when the future
Babylonian invasion and exile would be
over.  He foresees a time when people
would begin to return to Judea and start
to rebuild.The promise of God through
Joel for such a new day was first, an
abundance of crops. Second, the people’s
honor would be restored. Third, the Spirit
would be poured out on all of them,
female and male alike, from the youngest
to the oldest and across every stratum of
the society, from the wealthiest to the
bond servants.
THE TREES ARE BEARING FRUIT AGAIN
21-24 Fear not, Earth! Be glad and celebrate!
God has done great things.
Fear not, wild animals!
The fields and meadows are greening up. 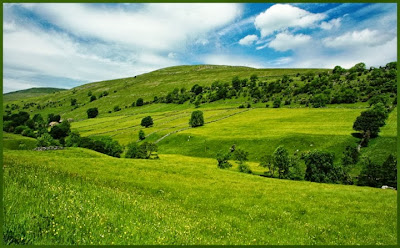 The trees are bearing fruit again: 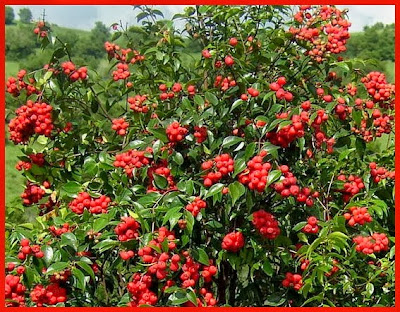 a bumper crop of fig trees and vines!
Children of Zion, celebrate!
Be glad in your God.
He's giving you a teacher
to train you how to live right —
Teaching, like rain out of heaven, showers of
words to refresh and nourish your soul, just
as he used to do.
And plenty of food for your body — silos full of
grain, casks of wine and barrels of olive oil.

25-27 "I'll make up for the years of the locust,
the great locust devastation —
Locusts savage, locusts deadly,
fierce locusts, locusts of doom,
That great locust invasion
I sent your way.
You'll eat your fill of good food.
You'll be full of praises to your God,
The God who has set you back on your heels in
wonder.
Never again will my people be despised.
You'll know without question
that I'm in the thick of life with Israel,
That I'm your God, yes, your God,
the one and only real God.
Never again will my people be despised.
THE SUN TURNING BLACK AND THE MOON
BLOOD-RED

28-32 "And that's just the beginning: After that —
"I will pour out my Spirit
on every kind of people:
Your sons will prophesy,
also your daughters.
Your old men will dream,
your young men will see visions.
I'll even pour out my Spirit on the servants,
men and women both.
I'll set wonders in the sky above
and signs on the earth below:
Blood and fire and billowing smoke, 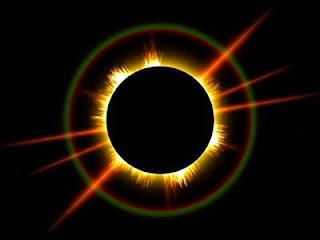 the sun turning black and the moon blood-red, 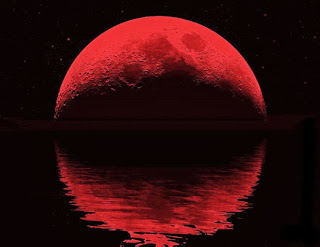 Before the Judgment Day of God,
the Day tremendous and awesome.
Whoever calls, 'Help, God!'
gets help.
On Mount Zion and in Jerusalem
there will be a great rescue — just as God said.
Included in the survivors
are those that God calls."
————————————————————
PSALM 65
THE MESSAGE (MSG)
A PSALM OF THANKSGIVING
FOR FRUITFUL TIMES.

A PSALM OF DAVID
1-2 Silence is praise to you, Zion-dwelling God,
And also obedience.
You hear the prayer in it all.

2-8 We all arrive at your doorstep sooner
or later, loaded with guilt,
Our sins too much for us —
but you get rid of them once and for all.
Blessed are the chosen! Blessed the guest
at home in your place!
We expect our fill of good things
in your house, your heavenly manse.
All your salvation wonders
are on display in your trophy room.
Earth-Tamer, Ocean-Pourer,
Mountain-Maker, Hill-Dresser,
Muzzler of sea storm and wave crash,
of mobs in noisy riot —
Far and wide they'll come to a stop,
they'll stare in awe, in wonder.
Dawn and dusk take turns
calling, "Come and worship."

9-13 Oh, visit the earth,
ask her to join the dance!
Deck her out in spring showers,
fill the God-River with living water.
Paint the wheat fields golden.
Creation was made for this!
Drench the plowed fields,
soak the dirt clods
With rainfall as harrow and rake
bring her to blossom and fruit.
Snow-crown the peaks with splendor,
scatter rose petals down your paths,
All through the wild meadows, rose petals.
Set the hills to dancing,
Dress the canyon walls with live sheep, 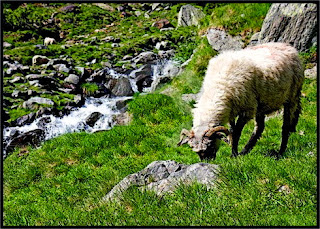 a drape of flax across the valleys.
Let them shout, and shout, and shout!
Oh, oh, let them sing!
————————————————————
2 TIMOTHY 4:6-18
THE MESSAGE (MSG)
"The time of my departure has come. I have fought the good fight, I have finished the race."
6-8 You take over. I'm about to die, my life an
offering on God's altar. This is the only race
worth running. I've run hard right to the finish,
believed all the way. All that's left now is the
shouting—God's applause! Depend on it, he's an
honest judge. He'll do right not only by me, but
by everyone eager for his coming.

9-13 Get here as fast as you can. Demas, chasing
fads, went off to Thessalonica and left me here.
Crescens is in Galatia province, Titus in
Dalmatia. Luke is the only one here with me.
Bring Mark with you; he'll be my right-hand man
since I'm sending Tychicus to Ephesus. Bring the
winter coat I left in Troas with Carpus; also the
books and parchment notebooks.

14-15 Watch out for Alexander the coppersmith.
Fiercely opposed to our Message, he caused no
end of trouble. God will give him what he's got
coming.

16-18 At my preliminary hearing no one stood by
me. They all ran like scared rabbits. But it doesn't
matter—the Master stood by me and helped me
spread the Message loud and clear to those who
had never heard it. I was snatched from the jaws
of the lion! God's looking after me, keeping me
safe in the kingdom of heaven. All praise to him,
praise forever! Oh, yes!
————————————————————
LUKE 18:9-14
THE MESSAGE (MSG)
"God, I thank you that I am not as other people" Tax collector: "God, be merciful to me, a sinner."
STORY OF THE TAX MAN AND THE PHARISEE
9-12 He told his next story to some who were
complacently pleased with themselves over their
moral performance and looked down their noses
at the common people: "Two men went up to the
Temple to pray, one a Pharisee, the other a tax
man. The Pharisee posed and prayed like this:
'Oh, God, I thank you that I am not like other
people — robbers, crooks, adulterers, or, heaven
forbid, like this tax man. I fast twice a week and
tithe on all my income.'

13 "Meanwhile the tax man, slumped in the
shadows, his face in his hands, not daring to
look up, said, 'God, give mercy. Forgive me, a
sinner.'" 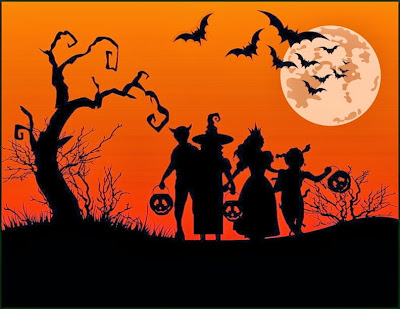 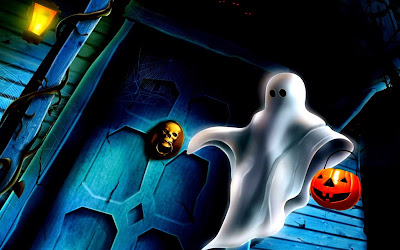 Watch for a haunted scarecrow behind a tree — 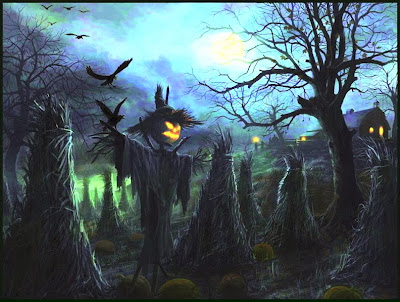 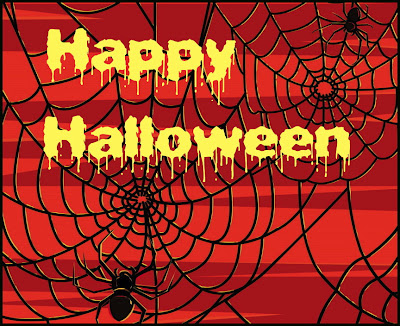 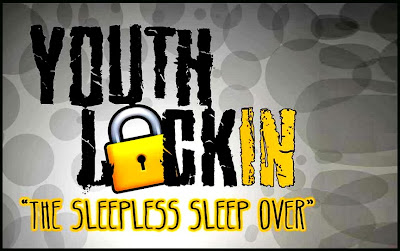 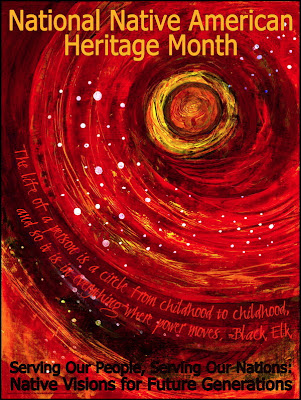 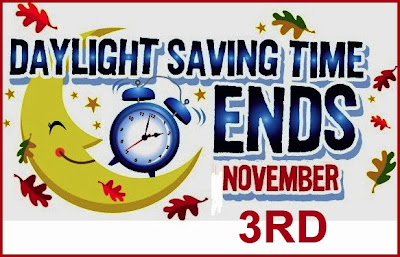