OUR WEEK-NOVEMBER 3RD TO NOVEMBER 9TH 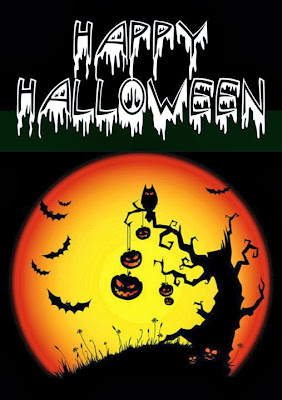 WATCH FOR LITTLE ONES DARTING ABOUT.
SOME MAY BE DRESSED AS GOBLINS, 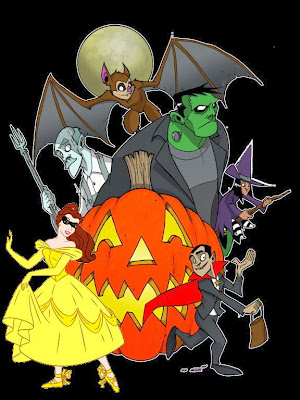 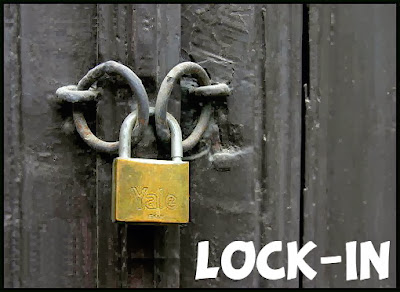 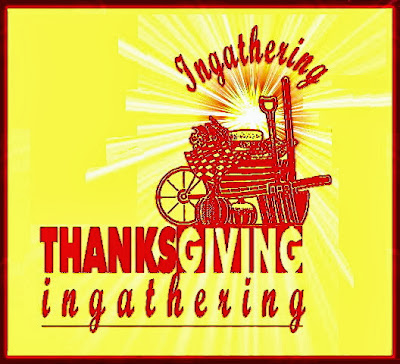 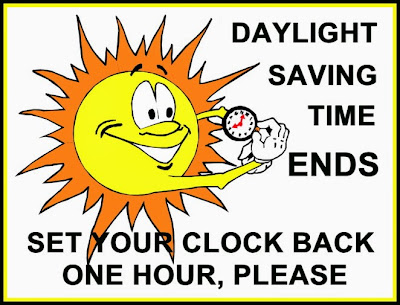 • DAYLIGHT SAVING TIME ENDS TODAY! •
SET YOUR CLOCK BACK THIS MORNING
AND GET AN EXTRA HOUR OF SLEEP.

• TODAY IS THE CASEY U.M.C.
FALL DINNER  AT - 11 A.M.
IN CASEY COMMUNITY BUILDING
FOLLOWED BY THE ANNUAL BAZAAR
AND AUCTION.
Auctioneer: Doug Wedemeyer 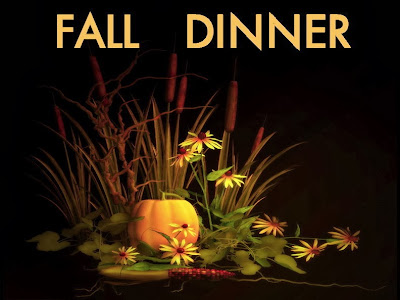 • THIS IS ALL SAINTS SUNDAY •
SUGGESTED GLOBAL CHRISTIAN SAINT
for today is the anonymous woman who
penned a saintly prayer at the women's
concentration camp in Ravensbrück,
during World War II.

• PETITION FOR FORGIVENESS •
“O Lord, remember not only the men and
women of good will, but also those of ill
will. But do not remember all the suffering
they have inflicted on us, remember the
fruits we have bought, because of this
suffering - our comradeship, our loyalty,
our humility, our courage, our generosity,
the greatness of heart that has grown out
of all of this, and when they come to
judgement, let all the fruits we have borne
be their forgiveness.”

• This prayer of an unknown woman, was
found written on a piece of wrapping paper
in the Ravensbruck women's concentration
camp.  From 1939 to 1945, over 130,000
female prisoners passed through
Ravensbrück's camp system; more than
40,000 were Polish and about 26,000 were
Jewish.  It is written that between 15,000 and
32,000 of the total number survived.  Many
died of starvation and many were executed.
Few records have been found.  One of the
survivors was Christian author and speaker
Corrie ten Boom.  The camp is documented
in her book entitled “The Hiding Place”.

• The United Methodist heritage saints
identified for this Sunday include Methodist
pastors James J. Trott and Dickenson C.
McLeod, among many others, lay leaders
and clergy.  Under the administration of
U.S. President Andrew Jackson, who
campaigned for the removal of all South-
eastern Indians as part of his platform, the
Indian Removal Bill became a reality in
1830.  Rev. Trott an Rev. McLeod spoke
strongly against relocation of Native
Americans from their lands in northern
Georgia and they later did go with the
Indians when they were forced off their
land and onto the Trail of Tears.
The Methodists converted more
Cherokees than all the other denominations
combined.  Within four years the Methodists
were accepting the Cherokees as licensed
preachers.  By 1830 the Methodists had
claimed more than 1,000 new members.
— From the New Georgia Encyclopedia————————————————————
SCRIPTURE READINGS
There are two distinct choices for readings
for today; either the "regular" Sunday
readings for The 24th Sunday after
Pentecost or the readings for All Saints Day,
transferred to today. Either set may be used
to support a celebration of All Saints Day.
• Regular readings follow the continuous
streams we use for Ordinary Time.
• The All Saints readings do intentionally
relate to each other, and focus on the
gospel readings of Blessings and Woes.
————————————————————
Readings for the 24TH Sunday after
Pentecost - 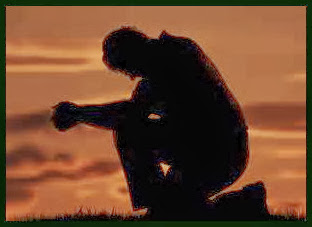 How many times do I have to yell, "Help!
Murder!  Police!"
before you come to the rescue?
Why do you force me to look at evil,
stare trouble in the face day after day?
Anarchy and violence break out,
quarrels and fights all over the place.
Law and order fall to pieces.
Justice is a joke.
The wicked have the righteous hamstrung
and stand justice on its head.
HABAKKUK 2
1 What's God going to say to my questions?
I'm braced for the worst. I'll climb to the
lookout tower and scan the horizon.
I'll wait to see what God says,
how he'll answer my complaint.
Full of Self, but Soul-Empty
2-3 And then God answered: "Write this.
Write what you see.
Write it out in big block letters
so that it can be read on the run.
This vision-message is a witness
pointing to what's coming.
It aches for the coming—it can hardly wait!
And it doesn't lie.
If it seems slow in coming, wait.
It's on its way. It will come right on time.

4 "Look at that man, bloated by self-
importance — full of himself but soul
empty.
But the person in right standing before
God through loyal and steady believing
is fully alive, really alive.
————————————————————
PSALM 119:137-144 (UMH 840)
THE MESSAGE (MSG)
137-144 You are right and you do right, God;
your decisions are right on target.
You rightly instruct us in how to live
ever faithful to you.
My rivals nearly did me in,
they persistently ignored your
commandments.
Your promise has been tested through and
through,
and I, your servant, love it dearly.
I'm too young to be important,
but I don't forget what you tell me.
Your righteousness is eternally right,
your revelation is the only truth.
Even though troubles came down on me
hard,
your commands always gave me delight.
The way you tell me to live is always right;
help me understand it so I can live to the
fullest.
————————————————————
2 THESSALONIANS 1:1-4, 11-12
THE MESSAGE (MSG)
1-2 I, Paul, together with Silas and Timothy,
greet the church of the Thessalonian Christians
in the name of God our Father and our Master,
Jesus Christ. Our God gives you everything you
need, makes you everything you're to be.
JUSTICE IS ON THE WAY
3-4 You need to know, friends, that thanking
God over and over for you is not only a pleasure;
it's a must. We have to do it. Your faith is
growing phenomenally; your love for each
other is developing wonderfully. Why, it's only
right that we give thanks. We're so proud of you;
you're so steady and determined in your faith
despite all the hard times that have come down
on you. We tell everyone we meet in churches
all about you.

5-10 All this trouble is a clear sign that God has
decided to make you fit for the kingdom. You're
suffering now, but justice is on the way. When
the Master Jesus appears out of heaven in a
blaze of fire with his strong angels, he'll even
up the score by settling accounts with those
who gave you such a bad time. His coming will
be the break we've been waiting for. Those who
refuse to know God and refuse to obey the
Message will pay for what they've done. Eternal
exile from the presence of the Master and his
splendid power is their sentence. But on that
very same day when he comes, he will be
exalted by his followers and celebrated by all
who believe—and all because you believed
what we told you.

11-12 Because we know that this
extraordinary day is just ahead, we pray for
you all the time — pray that our God will make
you fit for what he's called you to be, pray that
he'll fill your good ideas and acts of faith with
his own energy so that it all amounts to
something. If your life honors the name of Jesus,
he will honor you. Grace is behind and through
all of this, our God giving himself freely, the
Master, Jesus Christ, giving himself freely.
————————————————————
LUKE 19:1-10
THE MESSAGE (MSG)
ZACCHAEUS
1-4 Then Jesus entered and walked through
Jericho. There was a man there, his name
Zacchaeus, the head tax man and quite rich.
He wanted desperately to see Jesus, but the
crowd was in his way—he was a short man
and couldn't see over the crowd. So he ran
on ahead and climbed up in a sycamore tree
so he could see Jesus when he came by.

5-7 When Jesus got to the tree, he looked
up and said, "Zacchaeus, hurry down. Today
is my day to be a guest in your home."
Zacchaeus scrambled out of the tree, hardly
believing his good luck, delighted to take
Jesus home with him. Everyone who saw the
incident was indignant and grumped, "What
business does he have getting cozy with this
crook?"

8 Zacchaeus just stood there, a little stunned.
He stammered apologetically, "Master, I give
away half my income to the poor—and if I'm
caught cheating, I pay four times the
damages." 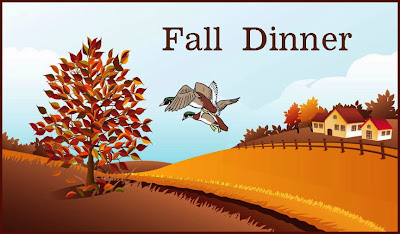 THEN ON TO CHARGE CONFERENCE AT
7 P.M. IN GREENFIELD U.M.C.

Thank you for assisting and preparing for
the November Ingathering.
Thank you for supporting and contributing
to the assembly of our Fall Dinners and
the ensuing auctions.