OUR WEEK-OCTOBER 13TH TO OCTOBER 19TH 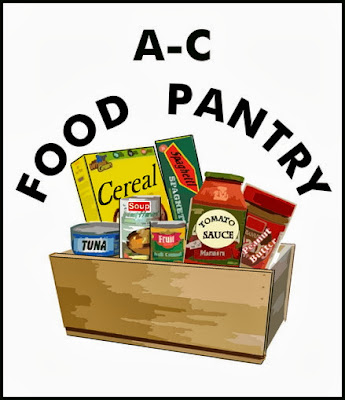 ADAIR-CASEY SCHOOLS WILL DISMISS
AT 1:30 P.M. FOR TEACHER IN-SERVICE
TRAINING 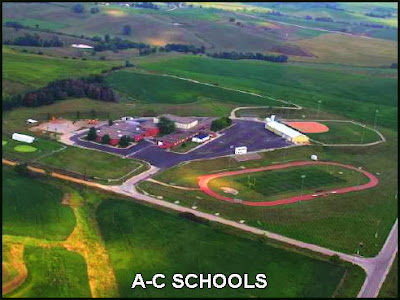 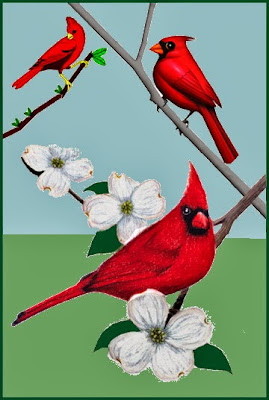 It is the second Sunday in
“A SEASON OF SAINTS.”
The observance from World Communion
Sunday through All Saints Day enables our
congregation to expand our celebration and
remembrance of faithful Christians across
the centuries. Each week, you may remember
a saint recognized by the whole church; and
a saint from the United Methodist heritages.
• This week’s Christian saint is Sadoth of
Persia, a 4th-century martyr who died in 342.
SADOTH, as he is called by the Greeks and
Latins, is named in the original Persian
language, Schiadustes, which means “friend
of the king.” His unspotted purity of heart, his
ardent zeal, and the practice of all Christian
virtues, prepared him,from his youth, for
episcopal dignity.  In 341 St. Simeon bishop
of Seleucia, and Ctesiphon, then the two
capital cities of Persia, situated on the river
Tigris was killed. St. Sadoth was chosen three
months after to take his place, the most
important in that empire. There was an edict
against the Christians, which made it a
capital offense to confess Christ. To wait with
patience the manifestation of the divine will,
St. Sadoth, with part of his clergy, stayed
hidden for a time.  The second year of the
persecution, King Sapor coming to Seleucia,
Sadoth was apprehended, with several of his
clergy. One hundred and twenty-eight persons
were thrown into dungeons, where, during five
months’ confinement, they suffered incredible
misery and torments. Amidst these tortures
the officers said to them: “Worship the sun and
it will save your lives.  Sadoth said “The sun
is the work of God made to warm mankind.”
Because they would not worship the sun, the
sentence of death was pronounced upon them
all by the king.

The UM Heritage saint is Hiram Rhoades
Revels, was a minister in the African
Methodist Episcopal Church. As US Senator
(1870-1871), he was the first African American
chosen to either house of Congress. 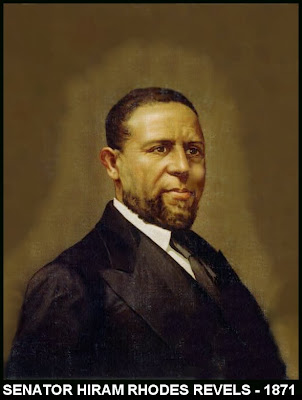 Revels was born a free man in Fayetteville,
North Carolina, to free parents of African and
European ancestry. He was tutored by a black
woman for his early education. In 1838 he
went to live with his older brother, Elias B.
Revels, and was then apprenticed as a barber
in his brother's shop.  Revels attended the
Union County Quaker Seminary in Indiana,
and also a black seminary in Ohio.  He
served as a preacher and religious teacher
throughout the Midwest: In Indiana, Illinois,
Ohio, Tennessee, Missouri, and Kansas.
"I was imprisoned in Missouri in 1854 for
teaching the gospel to Negroes.”  He did
extra religious studies from 1856 to 1857 at
Knox College in Galesburg, Illinois.  He
became a minister in a Methodist Episcopal
Church in Baltimore, Maryland, where he also
served as a principal for a black high school.
As a chaplain in the United States Army,
Revels helped recruit and organize two black
Union regiments during the Civil War in
Maryland and Missouri. He took part at the
battle of Vicksburg in Mississippi. He founded
schools for black children. During Recon-
struction, Revels was elected Alderman in
Natchez in 1868. In 1869 he was elected to
represent Adams County in theMississippi
State Senate. He made a profound
impression upon all who heard him speak.  In
1870 Revels was elected by a vote of 81 to 15
to finish a term in the United States Senate.
There was much argument in Washington
D.C. against allowing him to be seated.  In the
end everything the Civil War was fought for
turned up on his side. After the Senate, he
became president of Alcorn A and M College.
The press constantly praised his oratorical
capabilities.

SCRIPTURE READINGS
—————————————————————
JEREMIAH 29:1-7
THE MESSAGE (MSG)
Jeremiah's letter to the exiles in Babylon:
"Build houses ... plant gardens ... take wives
... multiply there ... Seek the welfare of this
city where I have sent you into exile, and pray
to the Lord on it's behalf, for in Babylon's
welfare you will find your own welfare."
PLANS FOR THE FUTURE YOU HOPE FOR
1-2 This is the letter that the prophet Jeremiah
sent from Jerusalem to what was left of the
elders among the exiles, to the priests and
prophets and all the exiles whom
Nebuchadnezzar had taken to Babylon from
Jerusalem, including King Jehoiachin, the queen
mother, the government leaders, and all the
skilled laborers and craftsmen.

3 The letter was carried by Elasah son of
Shaphan and Gemariah son of Hilkiah, whom
Zedekiah king of Judah had sent to
Nebuchadnezzar king of Babylon.
The letter said:

4 This is the Message from God-of-the-Angel-
Armies, Israel's God, to all the exiles I've taken
from Jerusalem to Babylon:

5 "Build houses and make yourselves at home.
"Put in gardens and eat what grows in that
country.
6 "Marry and have children. Encourage your
children to marry and have children so that you'll
thrive in that country and not waste away.
7 "Make yourselves at home there and work for
the country's welfare. "Pray for Babylon's well-
being.  If things go well for Babylon, things will
go well for you."
—————————————————————
PSALM 66:1-12 (UMH 790)
THE MESSAGE (MSG)
Remember, praise in the midst of trouble.
1-4 All together now—applause for God! Sing
songs to the tune of his glory,
set glory to the rhythms of his praise.
Say of God, "We've never seen anything like
him!"
When your enemies see you in action,
they slink off like scolded dogs.
The whole earth falls to its knees—
it worships you, sings to you,
can't stop enjoying your name and fame.

5-6 Take a good look at God's wonders—
they'll take your breath away.
He converted sea to dry land;
travelers crossed the river on foot.
Now isn't that cause for a song?

7 Ever sovereign in his high tower, he keeps
his eye on the godless nations.
Rebels don't dare
raise a finger against him.

8-12 Bless our God, O peoples!
Give him a thunderous welcome!
Didn't he set us on the road to life?
Didn't he keep us out of the ditch?
He trained us first,
passed us like silver through refining fires,
Brought us into hardscrabble country,
pushed us to our very limit,
Road-tested us inside and out,
took us to hell and back;
Finally he brought us
to this well-watered place.
—————————————————————
2 TIMOTHY 2:8-15
THE MESSAGE (MSG)
"Remember Jesus Christ, raised from the
dead the word of God is not chained ... the
saying is sure: If we have died with him, we
will also live with him; if we endure ... if we
deny ... if we are faithless ..."
8-13 Fix this picture firmly in your mind: Jesus,
descended from the line of David, raised from
the dead. It's what you've heard from me all
along. It's what I'm sitting in jail for right now—
but God's Word isn't in jail! That's why I stick it
out here—so that everyone God calls will get in
on the salvation of Christ in all its glory. This is
a sure thing:

14-18 Repeat these basic essentials over and
over to God's people. Warn them before God
against pious nitpicking, which chips away at the
faith. It just wears everyone out. Concentrate on
doing your best for God, work you won't be
ashamed of, laying out the truth plain and simple.
Stay clear of pious talk that is only talk. Words
are not mere words, you know. If they're not
backed by a godly life, they accumulate as
poison in the soul. Hymenaeus and Philetus are
examples, throwing believers off stride and
missing the truth by a mile by saying the
resurrection is over and done with.
—————————————————————
LUKE 17:11-19
THE MESSAGE (MSG)
The cleansing of ten lepers and the thanks
of the one who is a despised foreigner.
11-13 It happened that as he made his way to
Jerusalem, he crossed over the border between
Samaria and Galilee. As he entered a village,
ten men, all lepers, met him. They kept their
distance but raised their voices, calling out,
"Jesus, Master, have mercy on us!"

They went, and while still on their way, became
clean. One of them, when he realized that he was
healed, turned around and came back, shouting
his gratitude, glorifying God. He kneeled at Jesus'
feet, so grateful. He couldn't thank him enough—
and he was a Samaritan. 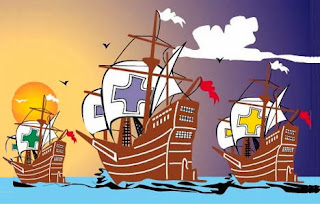 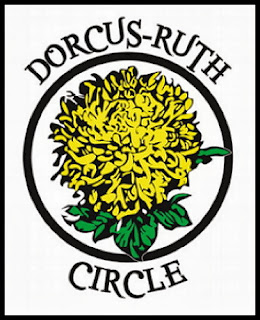 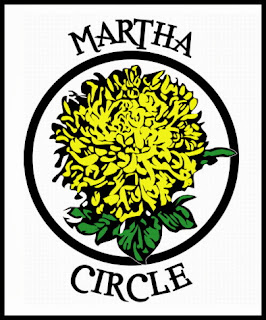 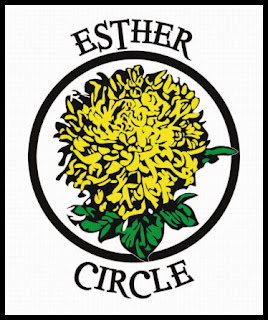 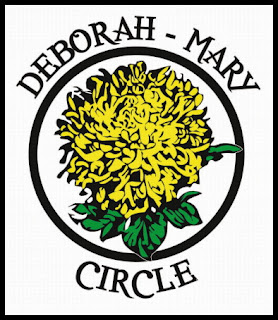 AT ADAIR-CASEY SCHOOLS.
ALL STARTING AT 8 A.M. — 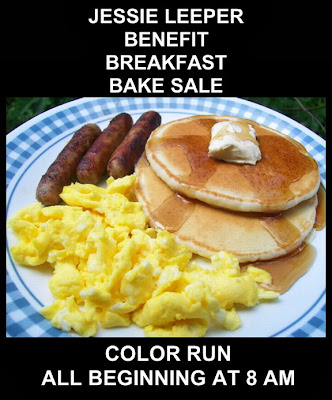 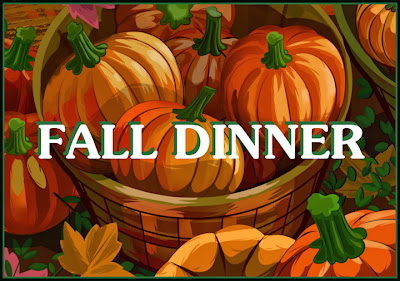 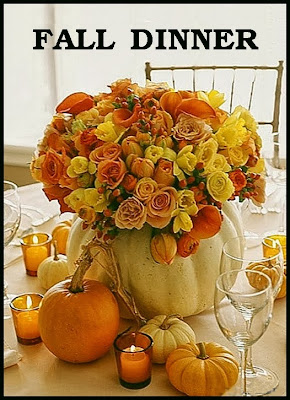