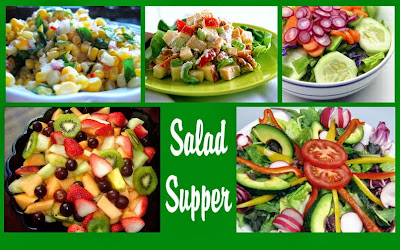 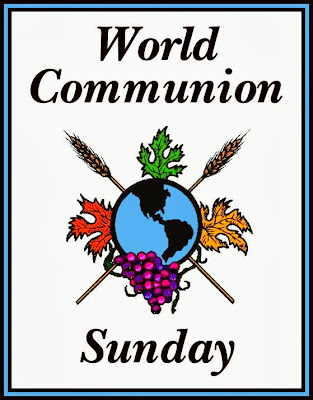 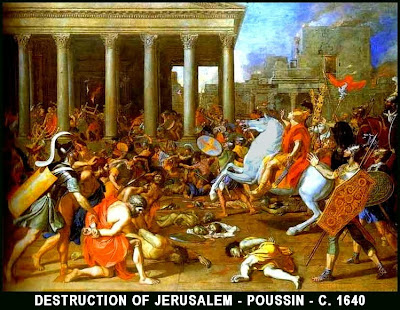 The destruction prophesied has come to pass.
Jerusalem and the temple are ruins. Exile from
Jerusalem and Judah has begun. The prophet
gives voice of the people's lament: "Her foes
have become her masters … because the Lord
has made her suffer for the multitude of her
transgressions."
WORTHLESS, CHEAP, ABJECT!
1 Oh, oh, oh, how empty the city, once teeming
with people.
A widow, this city, once in the front rank of
nations,
once queen of the ball, she's now a drudge in
the kitchen.

2 She cries herself to sleep each night, tears
soaking her pillow.
No one's left among her lovers to sit and hold
her hand.
Her friends have all dumped her. 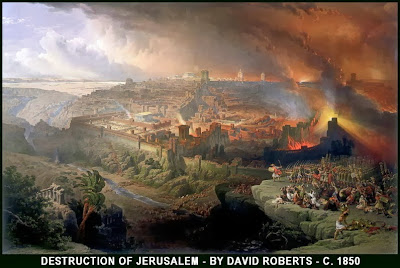 3 After years of pain and hard labor, Judah has
gone into exile.
She camps out among the nations, never feels
at home.
Hunted by all, she's stuck between a rock and
a hard place.

4 Zion's roads weep, empty of pilgrims headed
to the feasts.
All her city gates are deserted, her priests in
despair.
Her virgins are sad. How bitter her fate.

5 Her enemies have become her masters. Her
foes are living it up
because God laid her low, punishing her
repeated rebellions.
Her children, prisoners of the enemy, trudge
into exile.

6 All beauty has drained from Daughter Zion's
face.
Her princes are like deer famished for food,
chased to exhaustion by hunters.
———————————————————————
PSALM 137 (UMH 852)
THE MESSAGE (MSG)
One of the most painful of all the psalms and a fitting and realistic response to Lamentations.

1-3  Alongside Babylon's rivers we sat on the
banks; we cried and cried,
remembering the good old days in Zion.
Alongside the quaking aspens
we stacked our unplayed harps; 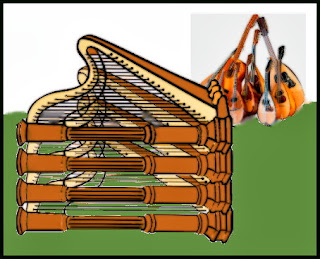 That's where our captors demanded songs,
sarcastic and mocking:
"Sing us a happy Zion song!"

4-6  Oh, how could we ever sing God's song
in this wasteland?
If I ever forget you, Jerusalem,
let my fingers wither and fall off like leaves.
Let my tongue swell and turn black
if I fail to remember you,
If I fail, O dear Jerusalem,
to honor you as my greatest.

7-9  God, remember those Edomites,
and remember the ruin of Jerusalem,
That day they yelled out,
"Wreck it, smash it to bits!"
And you, Babylonians—ravagers!
A reward to whoever gets back at you
for all you've done to us;
Yes, a reward to the one who grabs your babies
and smashes their heads on the rocks!
———————————————————————
2 TIMOTHY 1:1-14
THE MESSAGE (MSG)
Paul's greeting and opening encouragement in the second letter:  Remember who you are, rekindle the gift in you, don't be afraid. There is no shame in suffering when it comes from trusting and obeying the Lord. 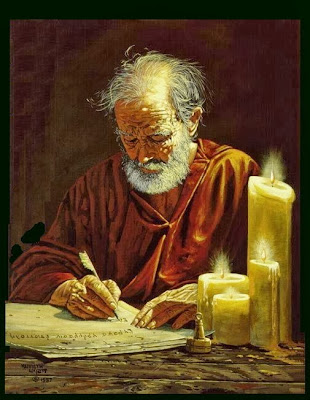 1-2  I, Paul, am on special assignment for Christ,
carrying out God's plan laid out in the Message
of Life by Jesus. I write this to you, Timothy, the
son I love so much. All the best from our God
and Christ be yours!  Be Bold with God's Gifts.

3-4 Every time I say your name in prayer—
which is practically all the time— I thank God
for you, the God I worship with my whole life in
the tradition of my ancestors. I miss you a lot,
especially when I remember that last tearful
good-bye, and I look forward to a joy-packed
reunion.

5-7 That precious memory triggers another:
your honest faith—and what a rich faith it is,
handed down from your grandmother Lois to
your mother Eunice, and now to you! And the
special gift of ministry you received when I laid
hands on you and prayed—keep that ablaze!
God doesn't want us to be shy with his gifts, but
bold and loving and sensible.

8-10 So don't be embarrassed to speak up for
our Master or for me, his prisoner. Take your
share of suffering for the Message along with
the rest of us. We can only keep on going, after
all, by the power of God, who first saved us and
then called us to this holy work. We had nothing
to do with it. It was all his idea, a gift prepared
for us in Jesus long before we knew anything
about it. But we know it now. Since the
appearance of our Savior, nothing could be
plainer: death defeated, life vindicated in a
steady blaze of light, all through the work of
Jesus.

11-12 This is the Message I've been set apart to
proclaim as preacher, emissary, and teacher. It's
also the cause of all this trouble I'm in. But I
have no regrets. I couldn't be more sure of my
ground—the One I've trusted in can take care of
what he's trusted me to do right to the end.

Jesus teaches on faith and status. The disciples
ask for more faith; Jesus says they need a
different kind. They appear to want to be treated
as equals of powerful persons; Jesus tells them
to regard themselves as slaves who can't be
sold for profit.
5 The apostles came up and said to the Master,
"Give us more faith." 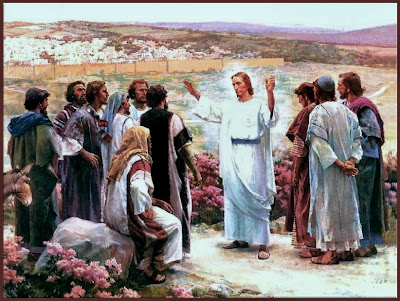 6 But the Master said, "You don't need more
faith. There is no 'more' or 'less' in faith. If you
have a bare kernel of faith, say the size of a
poppy seed, you could say to this sycamore
tree, 'Go jump in the lake,' and it would do it.

7-10 "Suppose one of you has a servant who
comes in from plowing the field or tending the
sheep. Would you take his coat, set the table,
and say, 'Sit down and eat'? Wouldn't you be
more likely to say, 'Prepare dinner; change your
clothes and wait table for me until I've finished
my coffee; then go to the kitchen and have your
supper'? Does the servant get special thanks for
doing what's expected of him? It's the same with
you. When you've done everything expected of
you, be matter-of-fact and say, 'The work is done.
What we were told to do, we did.'"
———————————————————————
• YOUTH GROUP IN CASEY U.M.C.
FROM 4 TO 5:30 P.M. 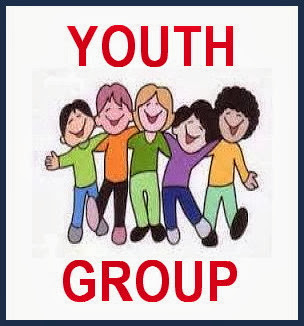 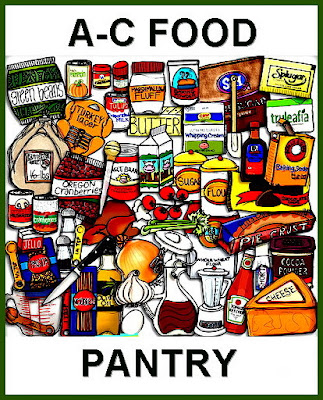 ADAIR-CASEY SCHOOLS WILL DISMISS AT
1:30 P.M. FOR TEACHER IN-SERVICE TRAINING 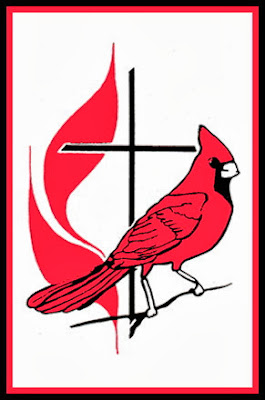 • RED BIRD TEAM MEETING IN ADAIR U.M.C.
AT 7 P.M.
———————————————————————
• 1635 - Roger Williams, founder of Rhode Island,
was banished from Massachusetts because he
had spoken out against punishments for any
religious offenses and he gave away land that
belonged to the Indians. Williams had founded
Providence, Rhode Island as a place for people
to seek religious freedom.
•  1701 - The Collegiate School of Connecticut
was chartered in New Haven. The name was later
changed to Yale.
• 1776 - A group of Spanish missionaries settled
along the road called El Camino Real, in what is
now San Francisco, California.
• 1781 - The last major battle of the American
Revolutionary War took place in Yorktown, VA.
The American forces, led by George Washington,
routed the British troops under Lord Cornwallis.
• 1855 - Isaac Singer patented the sewing
machine motor.
• 1858 - Mail service by stagecoach between
San Francisco, California, and St. Louis, Missouri,
began.  Butterfield Overland Mail traveled across
the country continuously for twenty-two days,
often traveling at night whenever possible, from
St. Louis to San Francisco, California, often
against harsh weather, hostile Indians, as well
as outlaws. Overland stagecoaches made only
brief stops at way stations to change teams.
• 1876 - Alexander Graham Bell and Thomas
Watson made their longest telephone call. It was
a distance of two miles.
• 1936 - The first generator at Boulder Dam began
transmitting electricity to Los Angeles, CA. The
name was later changed to Hoover Dam.
≈≈≈≈≈≈≈≈≈≈≈≈≈≈≈≈≈≈≈≈≈≈≈≈≈≈≈≈≈≈≈≈≈≈≈≈≈≈≈≈≈≈
THURSDAY, OCTOBER 10TH —
Happy Birthday Debra Gettler!
Happy Birthday Alan Farnsworth!
———————————————————————
• 1845 - The United States Naval Academy
opened in Annapolis, MD.
• 1957 - U.S. President Dwight D. Eisenhower
apologized to Komla Agbeli Gbdemah, Finance
Minister of Ghana, after the official had been
refused service in a Dover, Delaware, restaurant.
• 1963 - A dam burst in Italy killing 3,000 people.
Vajont Dam, north of Venice, Italy, was one of the
tallest dams in the world. Overtopping was
caused when the designers ignored geological
instability of Mount Toc on the southern side of
the basin.  Warning signs were ignored and a
600 foot wave caused massive flooding wiping
out several villages.
≈≈≈≈≈≈≈≈≈≈≈≈≈≈≈≈≈≈≈≈≈≈≈≈≈≈≈≈≈≈≈≈≈≈≈≈≈≈≈≈≈≈
FRIDAY, OCTOBER 11TH —
Happy Anniversary Don and Wyona Williams!
———————————————————————
• 1869 - Thomas Edison filed for a patent on his
first invention. The electric machine was used to
count votes for the U.S. Congress, however the
Congress did not buy it.
• 1939 - U.S. President Roosevelt was presented
with a letter from Albert Einstein that urged him
to quickly develop the U.S. atomic program.
• 1994 - Iraqi troops began moving away from
the Kuwaiti border.
≈≈≈≈≈≈≈≈≈≈≈≈≈≈≈≈≈≈≈≈≈≈≈≈≈≈≈≈≈≈≈≈≈≈≈≈≈≈≈≈≈≈
SATURDAY, OCTOBER 12TH ———————————————————————
• 1492 - Christopher Columbus, an Italian
explorer, sighted Watling Island in the Bahamas.
He believed that he had found Asia while trying
to find a Western ocean route to India.
That same day he claimed the land for Isabella
and Ferdinand of Spain.
• 1892 - In celebration of the 400th anniversary
of Columbus landing, the original version of
the Pledge of Allegiance was first recited in
public schools.
≈≈≈≈≈≈≈≈≈≈≈≈≈≈≈≈≈≈≈≈≈≈≈≈≈≈≈≈≈≈≈≈≈≈≈≈≈≈≈≈≈≈
Thank you abundantly for your contributions
to our church life this week.  You are the
energy that moves us along.