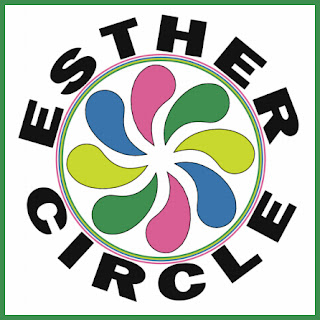 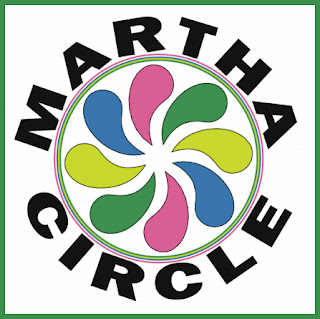 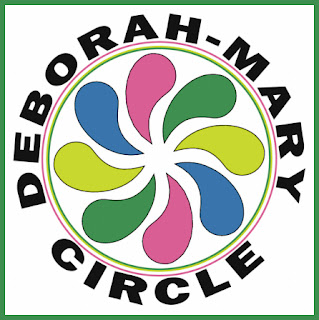 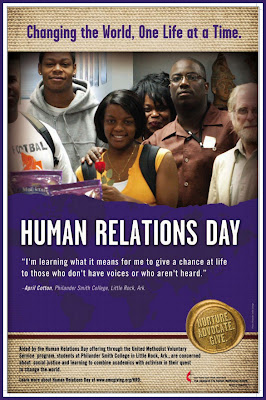 • Some dictionary references define Human as:
A physical person with a body of flesh, blood
and bone, intelligent, capable of speech, but
fallible, frail, imperfect, and vulnerable, many
times humane, compassionate, understanding,
considerate, accessible . . . but many times not.
• In the 1700s, John and Charles Wesley visited
prisoners at Oxford Castle in England, sharing
food, medicine and Holy Communion. Those
early Methodists began a rich tradition that
continues today.
• One contemporary example of considerate
human relations is in Virginia. There the
Norfolk United Methodist Church developed a
community-based non-profit called “Bridging
the Vision.” It serves more than 85 families with
a video-visitation prison ministry and 100
families with an after-school tutorial ministry.
Rev. Sherry Daniels said, “We provide a stable
and consistent connection for families where a
family member is incarcerated. We help persons
to move beyond the shame of having their right
to vote revoked, to having it restored.”
• A study by the Tennessee Department of
Corrections found that there is a 50–70 percent
chance that a child will follow their incarcerated
parents into a life of crime.  The Tennessee
study found that the introduction of an adult
mentor for just one hour a week significantly
reduced this negative behavior.

• A grant from the Human Relations Day
offering will enable the General Commission
on United Methodist Men to continue its effort
to recruit adults to be mentors of children of
incarcerated parents through the Amachi
Program of Big Brothers – Big Sisters. 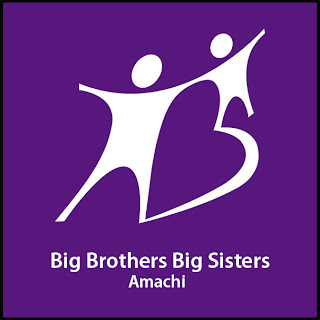 Amachi Mentor Larry Coppock, as one project
coordinator, has served as big brother to
Calvin, a 14-year-old whose father has been
incarcerated.  He invites Calvin into his home
and has taken him to various sporting events
including a football camp. He also took Calvin
to the Philmont Scout Ranch in New Mexico.
These experiences have enriched both of their
lives immensely .
Coppock helped establish Amachi coordinators
in the Texas, Louisiana, Detroit, Holston,
California-Pacific, Rio Grande, Memphis,
Baltimore-Washington, Kentucky, Memphis,
and other Tennessee Annual Conferences.
Persons interested this program may contact
Coppock for information at:
(LCoppock@gcumm.org).
• Human Relations Day calls United Methodists
to recognize the right of all God’s children to
realize their potential. Children only learn what
they are exposed to.  If they never experience
love, wisdom, justice and understanding, how
can they ever practice and live it in their own
lives?
A special offering benefits Community
Developers, United Methodist Voluntary Services
and Offender Rehabilitation programs.  We may
feel far removed from the potential of this
program but it is making a big difference in
many people's lives, and possibly even our own. 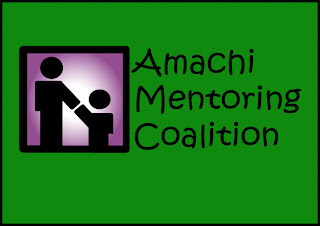 ≈≈≈≈≈≈≈≈≈≈≈≈≈≈≈≈≈≈≈≈≈≈≈≈≈≈≈≈≈≈≈≈≈≈≈≈≈≈≈≈≈≈
OUR SCRIPTURE READINGS:
ISAIAH 62:1-5
†NEW CENTURY VERSION (NCV)
Returning from exile is not a final goal of God's salvation. God intends to make restored Israel "a crown of beauty in the hand of the LORD," a sign that the LORD has chosen and "married" this people.
NEW JERUSALEM
1 Because I love Jerusalem, I will continue to
speak for her;
for Jerusalem's sake I will not stop
speaking
until her goodness shines like a bright light,
until her salvation burns bright like a flame.
2 Jerusalem, the nations will see your
goodness,
and all kings will see your glory.
Then you will have a new name,
which the Lord himself will give you.
3 You will be like a beautiful crown in the
Lord's hand,
like a king's crown in your God's hand.
4 You will never again be called the People that
God Left, 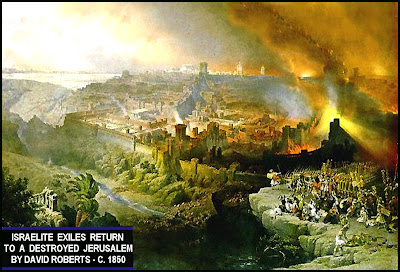 nor your land the Land that God Destroyed.
You will be called the People God Loves,
and your land will be called the Bride of God,
because the Lord loves you.
And your land will belong to him as a bride
belongs to her husband.
5 As a young man marries a woman,
so your children will marry your land.
As a man rejoices over his new wife,
so your God will rejoice over you.
———————————————————————
PSALM 36:5-10 (UMH 771
† THE MESSAGE  (MSG)
The joyful response of a people who experience the results of God's promise in Isaiah.
5-6 God's love is meteoric,
his loyalty astronomic,
His purpose titanic,
his verdicts oceanic.
Yet in his largeness
nothing gets lost;
Not a man, not a mouse,
slips through the cracks.

7-9 How exquisite your love, O God!
How eager we are to run under your wings,
To eat our fill at the banquet you spread
as you fill our tankards with Eden spring
water.
You're a fountain of cascading light,
and you open our eyes to light.

10-12 Keep on loving your friends;
do your work in welcoming hearts.
Don't let the bullies kick me around,
the moral midgets slap me down.
Send the upstarts sprawling
flat on their faces in the mud. ———————————————————————
1 CORINTHIANS 12:1-1
† THE MESSAGE  (MSG)
In the past twenty or thirty years, it has become most common for American Protestants to focus on the specific list of gifts Paul provides here.Most of us likely manifest few if any of the gifts Paul identifies among the Corinthians. Instead, Paul includes "forms of services" and "empowered actions" as well.Paul reminds the community at Corinth that neither their common life nor their individual progress in Christ is about them.  It's about the sovereignty of the Holy Spirit working in
diverse ways in their midst.
SPIRITUAL GIFTS
1-3 What I want to talk about now is the various
ways God's Spirit gets worked into our lives.
This is complex and often misunderstood, but I
want you to be informed and knowledgeable.
Remember how you were when you didn't know
God, led from one phony god to another, never
knowing what you were doing, just doing it
because everybody else did it? It's different in
this life. God wants us to use our intelligence, to
seek to understand as well as we can. For
instance, by using your heads, you know
perfectly well that the Spirit of God would never
prompt anyone to say "Jesus be damned!" Nor
would anyone be inclined to say "Jesus is
Master!" without the insight of the Holy Spirit. 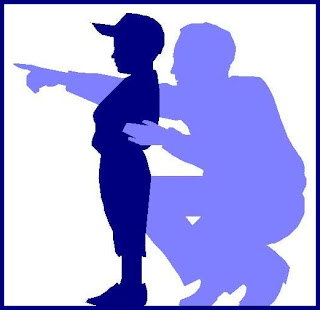 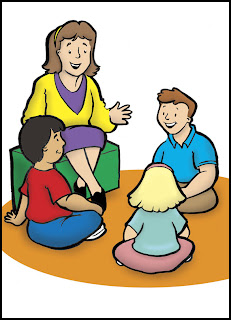 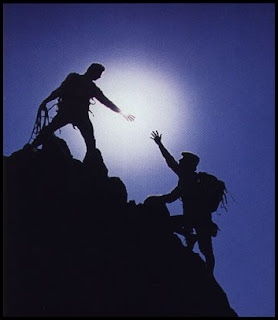 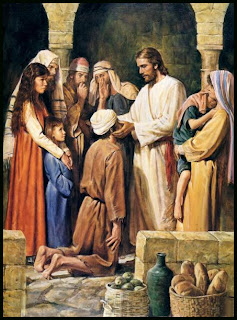 All these gifts have a common origin, but are
handed out one by one by the one Spirit of God.
He decides who gets what, and when.
———————————————————————
JOHN 2:1-11
† New International Reader's Version (NIRV)
Jesus turns water poured into empty purification
jars into wine for a wedding in Cana, the first of
the "signs" in John's gospel.  Turning water to
wine at the marriage feast in Cana of Galilee was
"the first of Jesus' signs, revealing his glory."
JESUS CHANGES WATER INTO WINE
1 On the third day there was a wedding. It took
place at Cana in Galilee. Jesus' mother was there.
2 Jesus and his disciples had also been invited
to the wedding. 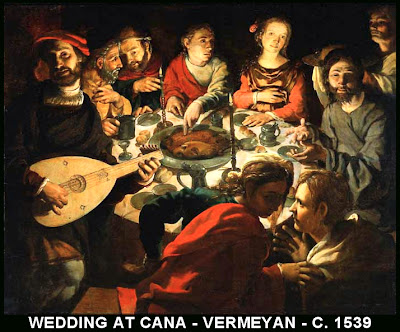 3 When the wine was gone, Jesus' mother said
to him, "They have no more wine."
4 "Dear woman, why do you bring me into this?"
Jesus replied. "My time has not yet come."
5 His mother said to the servants, "Do what he
tells you." 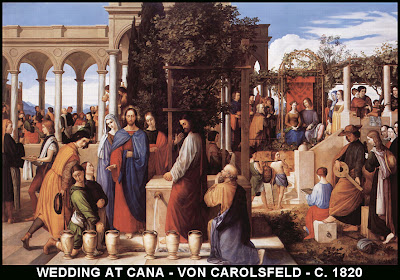 6 Six stone water jars stood nearby. The Jews
used water from that kind of jar for special
washings to make themselves pure. Each jar
could hold 20 to 30 gallons.

7 Jesus said to the servants, "Fill the jars with
water." So they filled them to the top.

8 Then he told them, "Now dip some out. Take it
to the person in charge of the dinner."
They did what he said.

10 He said to him, "Everyone brings out the best
wine first. They bring out the cheaper wine after
the guests have had too much to drink. But you
have saved the best until now." 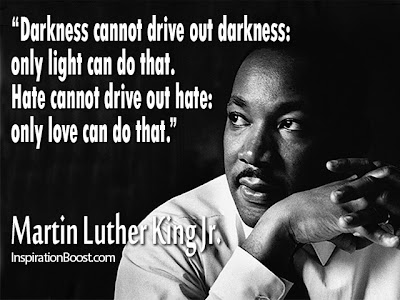