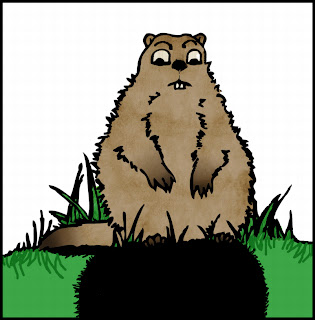 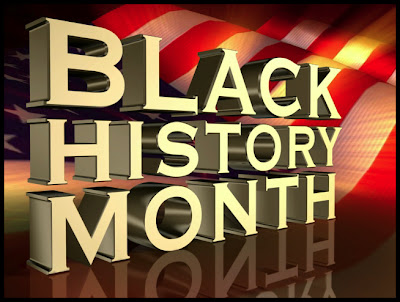 Black History Month, is an annual celebration of
achievements by black Americans and a time for
recognizing the important role African Americans
have played in the building of America. 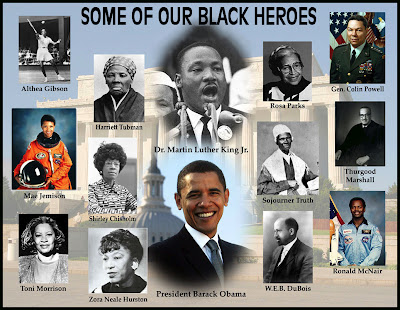 • Then you touched me
• And put your words into my mouth
• Until I thundered
• To the very nations.

I hear the peck, peck, peck of computer keys…
I hear the television in the background…
I hear the announcer give the body count…
I hear the young man crying…
But, I couldn't hear nobody pray.

5 "Before I shaped you in the womb,
I knew all about you.
Before you saw the light of day,
I had holy plans for you:
A prophet to the nations—
that's what I had in mind for you."

9-10 God reached out, touched my mouth, and
said,  "Look! I've just put my words in your
mouth—hand-delivered!
See what I've done? I've given you a job to do
among nations and governments—a red-letter
day!
Your job is to pull up and tear down,
take apart and demolish,
And then start over,
building and planting." 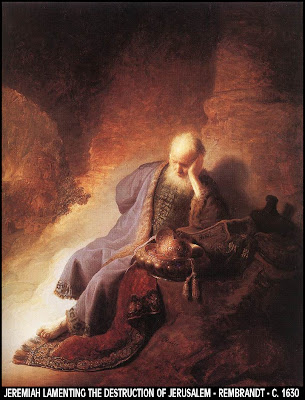 I run for dear life to God, I'll never live to regret it.
Do what you do so well:
get me out of this mess and up on my feet.
Put your ear to the ground and listen,
give me space for salvation.
Be a guest room where I can retreat;
you said your door was always open!
You're my salvation—my vast, granite fortress.

4-7 My God, free me from the grip of Wicked,
from the clutch of Bad and Bully.
You keep me going when times are tough—
my bedrock, God, since my childhood.
I've hung on you from the day of my birth,
the day you took me from the cradle;
I'll never run out of praise.
Many gasp in alarm when they see me,
but you take me in stride.
———————————————————————
1 CORINTHIANS 13:1-13
† THE MESSAGE  (MSG)
It's not our accomplishments or our spiritual gifts or forms of service or empowered acts that are to mark us most of all. Instead, as Paul teaches here, and as Jesus showed and taught throughout his ministry, it is our quest to love God and love our neighbor (and enemy!) as
fully as we possibly can.
THE WAY OF LOVE
1 If I speak with human eloquence and angelic
ecstasy but don't love, I'm nothing but the
creaking of a rusty gate.
2 If I speak God's Word with power, revealing
all his mysteries and making everything plain
as day, and if I have faith that says to a
mountain, "Jump," and it jumps, but I don't love,
I'm nothing.
3-7 If I give everything I own to the poor and
even go to the stake to be burned as a martyr,
but I don't love, I've gotten nowhere. So, no
matter what I say, what I believe, and what I do,
I'm bankrupt without love.

Love never gives up.
Love cares more for others than for self.
Love doesn't want what it doesn't have.
Love doesn't strut,
Doesn't have a swelled head,
Doesn't force itself on others,
Isn't always "me first,"
Doesn't fly off the handle,
Doesn't keep score of the sins of others,
Doesn't revel when others grovel,
Takes pleasure in the flowering of truth,
Puts up with anything,
Trusts God always,
Always looks for the best,
Never looks back,
But keeps going to the end.

8-10 Love never dies. Inspired speech will be
over some day; praying in tongues will end;
understanding will reach its limit. We know
only a portion of the truth, and what we say
about God is always incomplete. But when the
Complete arrives, our incompletes will be
canceled.

11 When I was an infant at my mother's breast,
I gurgled and cooed like any infant. When I
grew up, I left those infant ways for good.

12 We don't yet see things clearly. We're
squinting in a fog, peering through a mist. But
it won't be long before the weather clears and
the sun shines bright! We'll see it all then, see
it all as clearly as God sees us, knowing him
directly just as he knows us!

13 But for right now, until that completeness,
we have three things to do to lead us toward
that consummation: Trust steadily in God, hope
unswervingly, love extravagantly. And the best
of the three is love.
———————————————————————
1 CORINTHIANS 13:1-13
(NEW CENTURY VERSION)
• THIS VERSION IS NOT THE KING JAMES, BUT
A VERSION A BIT MORE FAMILIAR TO US.
All the Spirit does through us as the body of Christ is grounded and rooted not in a desire by the Spirit to display divine power, but rather to instill in us a love from God and for God — that spills over everywhere into love of neighbor
and love of enemy alike.
1 I may speak in different languages of people
or even angels. But if I do not have love, I am
only a noisy bell or a crashing cymbal.
2 I may have the gift of prophecy. I may
understand all the secret things of God and
have all knowledge, and I may have faith so
great I can move mountains. But even with all
these things, if I do not have love, then I am
nothing.
3 I may give away everything I have, and I may
even give my body as an offering to be burned.
But I gain nothing if I do not have love.

4 Love is patient and kind. Love is not jealous,
it does not brag, and it is not proud.
5 Love is not rude, is not selfish, and does not
get upset with others. Love does not count up
wrongs that have been done.
6 Love takes no pleasure in evil but rejoices
over the truth.
7 Love patiently accepts all things. It always
trusts, always hopes, and always endures.

8 Love never ends. There are gifts of prophecy,
but they will be ended. There are gifts of s
peaking in different languages, but those gifts
will stop. There is the gift of knowledge, but it
will come to an end.
9 The reason is that our knowledge and our
abilityto prophesy are not perfect.
10 But when perfection comes, the things that
are not perfect will end.
11 When I was a child, I talked like a child, I
thought like a child, I reasoned like a child. When
I became a man, I stopped those childish ways.
12 It is the same with us. Now we see a dim
reflection, as if we were looking into a mirror, but
then we shall see clearly. Now I know only a part,
but then I will know fully, as God has known me.
13 So these three things continue forever: faith,
hope, and love. And the greatest of these is love. 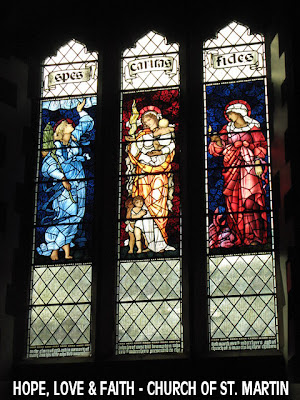 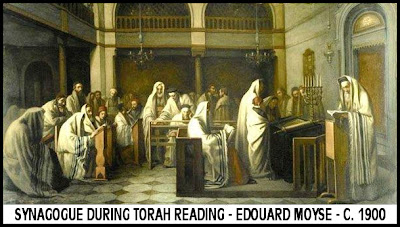 God's Spirit is on me;
he's chosen me to preach the Message of
good news to the poor,
Sent me to announce pardon to prisoners
and recovery of sight to the blind,
To set the burdened and battered free,
to announce, "This is God's year to act!"
He rolled up the scroll, handed it back to the
assistant, and sat down. Every eye in the place
was on him, intent. Then he started in, "You've
just heard Scripture make history. It came true
just now in this place."
22 All who were there, watching and listening,
were surprised at how well he spoke. But they
also said, "Isn't this Joseph's son, the one
we've known since he was a youngster?" 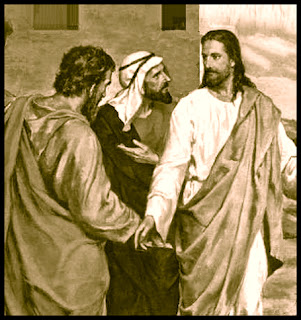 23-27 He answered, "I suppose you're going to
quote the proverb, 'Doctor, go heal yourself.
Do here in your hometown what we heard you
did in Capernaum.' Well, let me tell you
something: No prophet is ever welcomed in his
hometown. Isn't it a fact that there were many
widows in Israel at the time of Elijah during that
three and a half years of drought when famine
devastated the land, but the only widow to
whom Elijah was sent was in Sarepta in Sidon?
And there were many lepers in Israel at the time
of the prophet Elisha but the only one cleansed
was Naaman the Syrian."
28-30 That set everyone in the meeting place
seething with anger. They threw him out,
banishing him from the village, then took him
to a mountain cliff at the edge of the village to
throw him to his doom, but he gave them the
slip and was on his way. 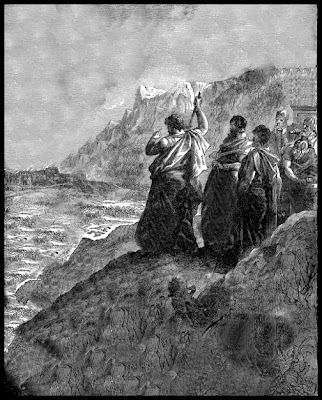 ———————————————————————
MONDAY, FEBRUARY 4TH —
NAOMI WILL WORK TODAY AND
TUESDAY (5TH) AND WEDNESDAY (6TH).
She will be out of town on Thursday:  The office
will be closed that day.
ON THIS DAY:
1783 -
Britain declared a formal cessation of hostilities
with its former colonies, the
United States of America.
1789 -
Electors unanimously chose George Washington
to be the first president of the United States.
1824 -
J.W. Goodrich introduced rubber galoshes.
1861 -
Delegates from six southern states met in
Montgomery, Alabama, to form the Confederate
States of America.
1913 -
Louis Perlman received a patent for his
demountable tire-carrying wheel rims.
1932 -
The first Winter Olympics were held in the
United States at Lake Placid, New York.
1945 - During World War II, President Franklin
D. Roosevelt, British Prime Minister Winston
Churchill and Soviet leader Josef Stalin began
a conference at Yalta to outline plans for
Germany's defeat in the Second World War.
1952 -
Jackie Robinson was named Director of
Communications for NBC.
He was the first black executive of a major
Radio-TV network.
1964 -
It was announced that the 24th Amendment to
the U.S. Constitution had been ratified. The
amendment banned the poll tax.
1976 -
An earthquake in Guatemala and Honduras killed
more than 22,000 people.
———————————————————————
FEBRUARY 5TH —
1783 -
Sweden recognized the independence of the
United States of America.
1917 -
The U.S. Congress passed the Immigration Act
of 1917 (Asiatic Barred Zone Act) with an
overwhelming majority.
1972 -
Bob Douglas became the first black man elected
to the Basketball Hall of Fame in Springfield, MA.
2003 -
U.S. Secretary of State Colin Powell presented
evidence to the U.N. concerning Iraq's material
breach of U.N. Resolution 1441.
———————————————————————
FEBRUARY 6TH —
SPRC MEETING IN CASEY U.M.C. AT 7:00 P.M.
ADAIR UMW WILL MEET AT 1:30 P.M. IN
ADAIR U.M.C.
1778 -
The United States gained official recognition from
France as the two nations signed the Treaty of
Amity and Commerce and the Treaty of Alliance
in Paris.
1788 -
Massachusetts became the sixth state to ratify the
U.S. Constitution.
1933 -
The 20th Amendment to the Constitution
took effect. The amendment moved the start of
presidential, vice-presidential and congressional
terms from March to January.
1952 -
Britain's King George VI died. His daughter,
Elizabeth II, succeeded him.
———————————————————————
FEBRUARY 7TH —
THE OFFICE WILL BE CLOSED TODAY.
NAOMI WILL BE OUT OF TOWN.
1795 -
The 11th Amendment to the U.S. Constitution was
ratified.
1904 -
In Baltimore, Maryland, a fire raged for about 30
hours and destroyed over 1,500 buildings.
1943 -
The U.S. government announced that shoe
rationing would go into effect in two days.
———————————————————————
FEBRUARY 8TH —
1861 -
The Confederate States of America was formed.
1910 -
William D. Boyce incorporated the
Boy Scouts of America.
———————————————————————
FEBRUARY 9TH —
1825 -
The U.S. House of Representatives elected John
Quincy Adams president. No candidate had
received a majority of electoral votes.
1861 -
The Provisional Congress of the Confederate
States of America elected Jefferson Davis as its
president.
1870 -
The United States Weather Bureau was authorized
by Congress. The bureau is officially known as
the National Weather Service (NWS).
1942 -
Daylight-saving Time went into effect in the
United States.
1950 -
U.S. Senator Joseph McCarthy charged that the
State Department was riddled with Communists.
This was the beginning of "McCarthyism."
———————————————————————
FUTURE FOCUS
Next week is both Transfiguration Sunday
(Color: White or Gold)
and Scouting Ministries Sunday.

MARCH 1ST IS THE WORLD DAY OF PRAYER.
The 2013 host country for this global annual day
of prayer by Christian women is France. 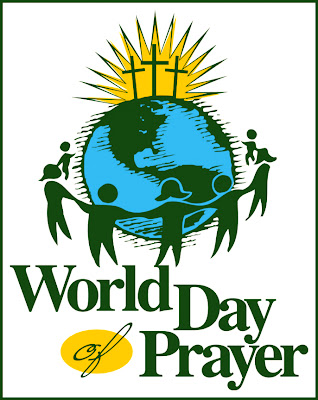 Thank you for all of the help and support you
have given this week. You are all a part of the
body of the church.  Your gifts are precious
and we are very grateful for them.