REMINDERS —
Naomi will be out of town from Thursday through
the weekend so she will work Monday, Tuesday
and Wednesday this week.
WEDNESDAY, FEBRUARY 6TH 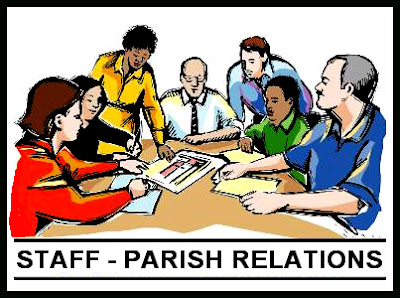 Naomi will be out of town today thru the
weekend.
SATURDAY, FEBRUARY 9TH —There will be no Small Group Meetings in Adair
for the time being.  We will begin again in the
Spring
———————————————————————
SUNDAY, FEBRUARY 10TH —TRANSFIGURATION SUNDAYCOLOR:  WHITESCRIPTURE READINGS:EXODUS 34:29-35† THE MESSAGE  (MSG)Moses returns from Sinai with the two tablets
of the covenant. His face shines in a way that
frightens the people. He begins to wear a veil
when he instructs the people. He takes it off
when offering worship in the tabernacle.29-30 When Moses came down from Mount Sinai
carrying the two Tablets of The Testimony, he didn't
know that the skin of his face glowed because
he had been speaking with God. 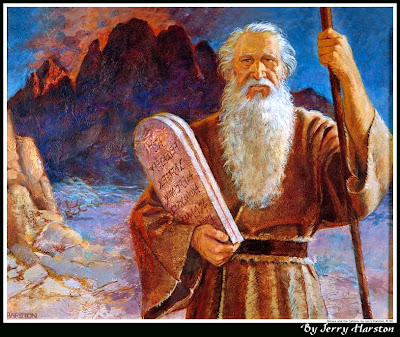 Aaron and all  the Israelites saw Moses; saw his
radiant face, and held back, afraid to get close
to him.31-32 Moses called out to them. Aaron and theleaders in the community came back and Moses talked with them. Later all the Israelites came up to him and he passed on the commands, everything that God had told him on Mount Sinai. 33-35 When Moses finished speaking with them, 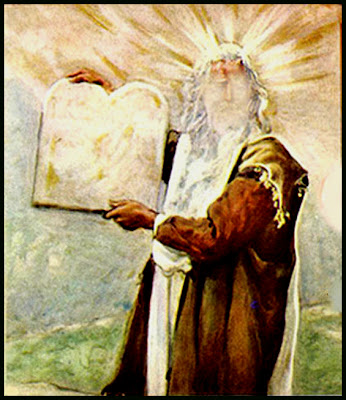 he put a veil over his face, but when he went into
the presence of God to speak with him, he removed
the veil until he came out. When he came out and
told the Israelites what he had been commanded,
they would see Moses' face, its skin glowing, and
then he would again put the veil on his face until he
went back in to speak with God.
———————————————————————PSALM 99 (UMH 819)† THE MESSAGE  (MSG)"The Lord reigns; let the people tremble!" A call
to praise in response to reading from Exodus.
God rules. On your toes, everybody! He rules from his angel throne—take notice!   God looms majestic in Zion,   He towers in splendor over all the big names.   Great and terrible your beauty: let everyone    praise you!      Holy. Yes, holy.4-5 Strong King, lover of justice,   You laid things out fair and square;   You set down the foundations in Jacob,   Foundation stones of just and right ways.   Honor God, our God; worship his rule!      Holy. Yes, holy.6-9 Moses and Aaron were his priests, 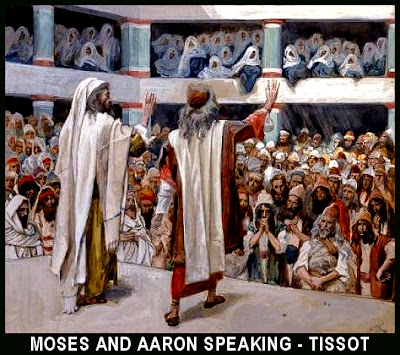 Samuel among those who prayed to him.   They prayed to God and he answered them;   He spoke from the pillar of cloud.   And they did what he said; they kept the law    he gave them.   And then God, our God, answered them   (But you were never soft on their sins).   Lift high God, our God; worship at his holy    mountain.      Holy. Yes, holy is God our God. ———————————————————————2 CORINTHIANS 3:12–4:2† THE MESSAGE  (MSG)
Paul uses the "veiling motif" we see in the
Exodus reading, and possibly also used it in
some Jewish liturgical practices at the reading
of the Law, to speak of the church's ongoing
access to the glory of God in the face of Jesus
and to describe the integrity with which he
approaches his own mission.
2 CORINTHIANS 12-15
With that kind of hope to excite us, nothing holds us back. Unlike Moses, we have nothing to
hide. Everything is out in the open with us. He wore
a veil so the children of Israel wouldn't notice that
the glory was fading away—and they didn't notice.
They didn't notice it then and they don't notice it now,
don't notice that there's nothing left behind that veil.
Even today when the proclamations of that old,
bankrupt government are read out, they can't see
through it. Only Christ can get rid of the veil so they
can see for themselves that there's nothing there.16-18 Whenever, though, they turn to face God as Moses did, God removes the veil and there they are—face-to-face! They suddenly recognize that God is a living, personal presence, not a piece of
chiseled stone. And when God is personally present, a living Spirit, that old, constricting legislation is recognized as obsolete. We're free of it! All of us! Nothing between us and God, our faces shining with the brightness of his face. And so
we are transfigured much like the Messiah, our lives
gradually becoming brighter and more beautiful as
God enters our lives and we become like him.
2 CORINTHIANS 4:1-2
TRIAL AND TORTURE
Since God has so generously let us in on what
he is doing, we're not about to throw up our hands
and walk off the job just because we run into
occasional hard times. We refuse to wear masks and
play games. We don't maneuver and manipulate
behind the scenes. And we don't twist God's Word
to suit ourselves. Rather, we keep everything we do
and say out in the open, the whole truth on display,
so that those who want to can see and judge for
themselves in the presence of God.
———————————————————————
LUKE 9:28-43† THE MESSAGE  (MSG)While Jesus was praying on a mountain, his face
and clothing changed to dazzling white, Moses
and Elijah appeared, and a voice from a cloud
says, "This is my Son! My chosen. Listen to him!"

JESUS IN HIS GLORY
28-31 About eight days after saying this, he climbed
the mountain to pray, taking Peter, John, and James
along. 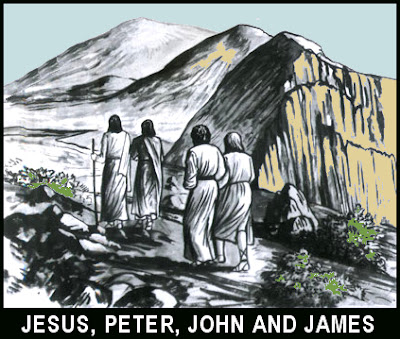 While he was in prayer, the appearance of his
face changed and his clothes became blinding white.
At once two men were there talking with him. They
turned out to be Moses and Elijah—and what a
glorious appearance they made! They talked over his
exodus, the one Jesus was about to complete in
Jerusalem.32-33 Meanwhile, Peter and those with him were
slumped over in sleep. When they came to, rubbing
their eyes, they saw Jesus in his glory and the two
men standing with him. When Moses and Elijah had
left, Peter said to Jesus, "Master, this is a great
moment! Let's build three memorials: one for you,
one for Moses, and one for Elijah." He blurted this
out without thinking.

34-35 While he was babbling like this, a light-radiant
cloud enveloped them. As they found themselves
buried in the cloud, they became deeply aware of
God. Then there was a voice out of the cloud: "This
is my Son, the Chosen! Listen to him."

36 When the sound of the voice died away, they saw
Jesus there alone. They were speechless. And they
continued speechless, said not one thing to anyone
during those days of what they had seen. 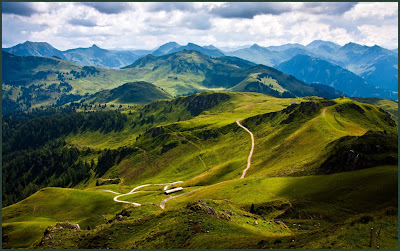 37-40 When they came down off the mountain the
next day, a big crowd was there to meet them. 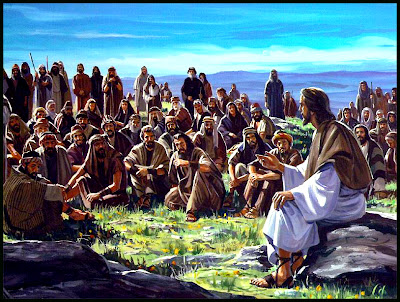 A man called from out of the crowd, "Please, please,
Teacher, take a look at my son. He's my only child.
Often a spirit seizes him. Suddenly he's screaming,
thrown into convulsions, his mouth foaming. And then
it beats him black-and-blue before it leaves. I asked
your disciples to deliver him but they couldn't."

41 Jesus said, "What a generation! No sense of God!
No focus to your lives! How many times do I have to
go over these things? How much longer do I have to
put up with this? Bring your son here."42-43 While he was coming, the demon 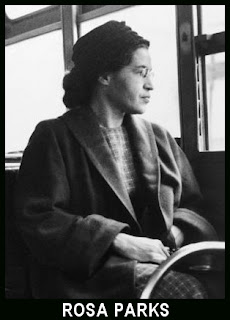 Rosa was not going to give up her seat on a
bus as had been required heretofore.
December 1, 1955, in Montgomery, Alabama
Parks refused to obey bus driver's order that
she give up her seat in the colored section to
a white passenger, after the white section was
filled.  Parks' act of defiance and the ensuing
Montgomery Bus Boycott became important
symbols of the Civil Rights Movement .
She became an international icon of resistance
to racial segregation.
FEBRUARY 4,1794 - France abolishes slavery.
The nation will have a lukewarm commitment to
abolition and will, under Napoleon, reestablish
slavery in 1802 along with the reinstitution of
the "Code noir", prohibiting blacks, mulattoes
and other people of color from entering French
colonial territory and intermarrying with whites.
———————————————————————
• FEBRUARY 5, 1990 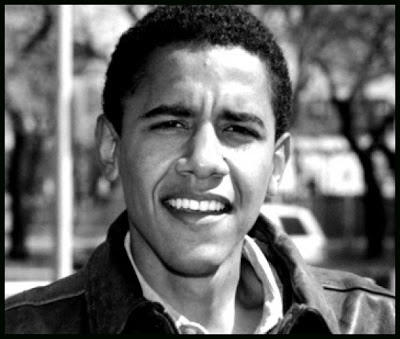 Columbia University graduate and Harvard
University law student Barack Obama became
the first African American named president of
the Harvard Law Review.  It may have crossed
your mind that he is now President of the
United States.
FEBRUARY 5, 1934 -
“Hammerin Hank”, “Home Run King”
Henry Aaron, baseball superstar was born in
Mobile, Alabama. He started his major league
journey with the Milwaukee Braves in 1954.
His most notable achievement was breaking
the career home run record set by Babe Ruth.
He was the first player to get 3,000 career hits
and 500 career home runs.
He hit 24 or more home runs every year from
1955 through 1973, and is the only player to hit
30 or more home runs in a season at least
fifteen times.  Aaron made 21 All-Star team
appearances from 1955 through 1975. He holds
records for the most career runs batted in (RBI)
(2,297), and has the most career total bases
(6,856). 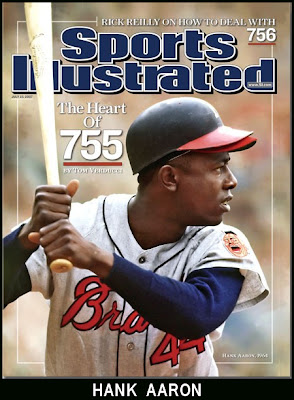 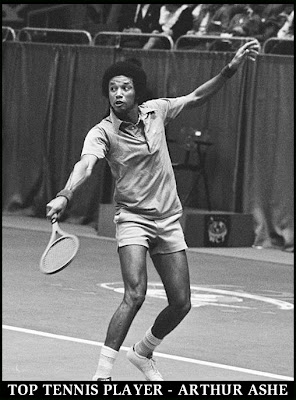 He won three Grand Slam titles, ranking him
among the best tennis players in the world.
He was the only black man ever to win the
singles title at Wimbledon, the US Open, and
Australian Open.
In the late 1980s, Ashe contracted HIV from a
blood transfusion he received during heart
bypass surgery.
———————————————————————
• FEBRUARY 8 -
1986 - Ophrah's On!
• Oprah Winfrey becomes the first African
American woman to host a nationally syndicated
talk show. 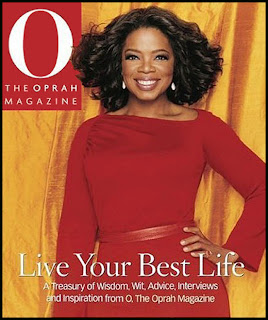 Winfrey was born into poverty in rural
Mississippi and was later raised in an inner-city
Milwaukee neighborhood.  Winfrey landed a job
in radio while in high school in Tennessee and
began co-anchoring the local evening news at
the age of 19.  Oprah Winfrey is now a media
proprietor, talk show host, actress, producer,
and philanthropist.
———————————————————————
FEBRUARY 9, 1971 -
Leroy “Satchel” Paige is inducted into Baseball
Hall of Fame.  Paige was among the most
famous and successful players from the Negro
Leagues. While his outstanding control as a
pitcher first got him noticed, it was his bright
infectious, enthusiastic personality and his love
for the game that made him a star. Paige would
routinely have his infielders sit down on the
ground behind him and then he would strike out
the other side. 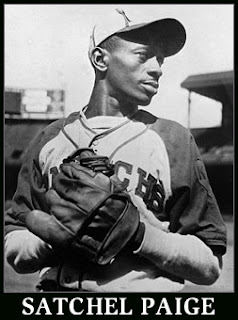 American biographer, scriptwriter, author who
became famous with the publication of his
novel ROOTS, which traces his own ancestry
back to Africa and covers seven American
generations as they grew in the United States
from the first generation of slaves.
• 1927 - 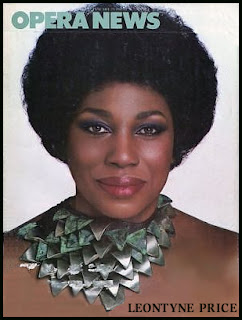 Leontyne Price was born in Laurel, Mississippi.
Miss Price has achieved amazing success in
the world of Opera. For many years she has
performed world wide.  As a youth, she sang in
church choirs. Later, she attended Central State
College in Wilberforce, Ohio, then continued her
training at the Juilliard School of Music in
New York City.
———————————————————————
FEBRUARY 11 -
• 1990 - Nelson Mandela is released from prison. 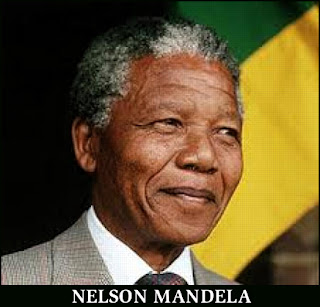 Mandela's greatest pleasure, is watching the
sun set with the music of Handel or Tchaikovsky
playing. Locked up in his cell during all daylight
hours, and deprived of music, both these simple
pleasures were denied him for decades.
≈≈≈≈≈≈≈≈≈≈≈≈≈≈≈≈≈≈≈≈≈≈≈≈≈≈≈≈≈≈≈≈≈≈≈≈≈≈≈≈≈≈
Thank you for your contributions to your church
life this week.  We couldn't carry on without you.