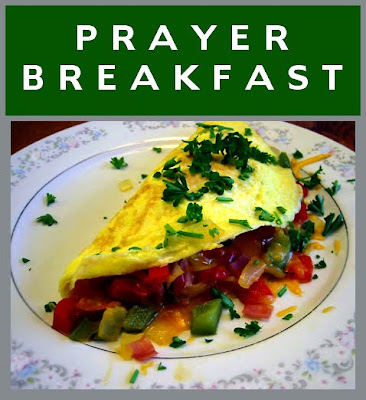 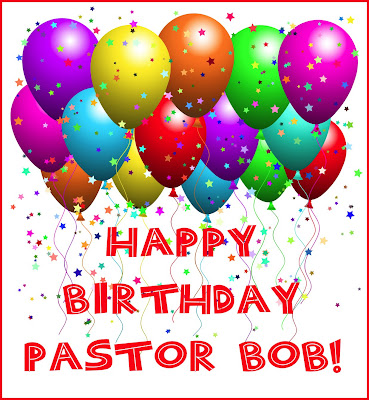 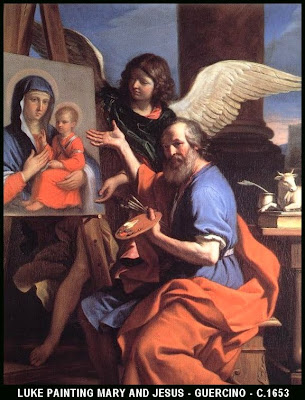 • • Overall Story: We know little about Luke
personally, except for a few references to him
outside of Luke-Acts by Paul (Colossians 4:14,
Philemon v. 24, and 2 Timothy 4:11) and those
parts of Acts where the narrative shifts to first
person plural, presumably indicating that Luke
was "along for the ride." What we can say with
some confidence is that he was a physician by
trade, a missionary, a composer, an artist, and
a Greek-style historian in his approach to
writing Luke-Acts. Dr. Luke was born in Antioch,
studied philosopy, medicine & art. He was one
of the Seventy and walked with the risen Lord
along with Cleopas on the way to Emmaus 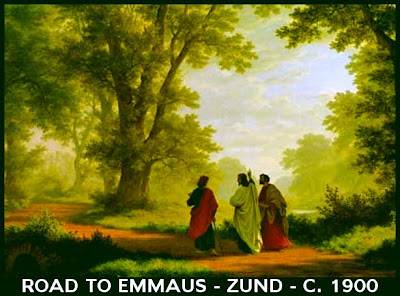 (Luke. 24). After Pentecost, Luke returned to
Antioch. It was there that he became a fellow
laborer with Paul. After the Apostle Paul's
martyrdom, Luke worked in Italy, Dalmatia,
Macedonia. He was hung from an olive tree in
Thebes at the age of 84.
• • • • • • • • • • • • • • • • • • •
United Methodist Saint: Lizzie Hoffman founder
of Women's Missionary Association of the
United Brethren in Christ Church; 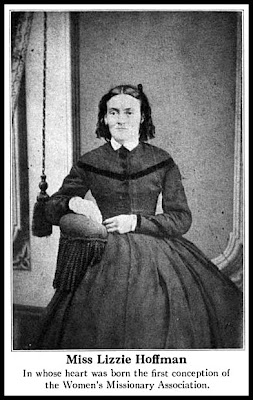 FROM: "OUR MISSIONARY WORK FROM
1853 TO 1889" By Daniel Flickinger —
Story: LIZZIE HOFFMAN, a single laywoman,
was instrumental in founding what would
become the Women's Missionary Association
of the United Brethren in Christ Church
beginning in 1872. The story of how she was
involved in this work can be found on pages
5-10. While she did not sense that she could be
a missionary herself, she felt a profound calling
to organize women to support the work of
missionaries through the church. This call led
her to call a meeting of women and ministers in
her conference (Miami Conference in Ohio) in
May 1872 to organize, elect officers, adopt a
constitution, and expand their work into other
conferences. While serving as Corresponding
Secretary (essentially, organizer!) for the work
through summer 1873, she helped to create
and connect 25 societies across the
United Brethren Church with a total membership
of 500. Though she no longer continued in this
role after August 1873, her call and her initial
organization of the work were invaluable to its
expansion to become a fully-fledged mission
auxiliary, formally recognized and organized on
a churchwide basis by the 1875 General
Conference of the United Brethren in Christ.

Lizzie Hoffman (Later Mrs. Derrickson) gave this
account of her experience:
“There was a burden on my heart. I took it to
our Burden Bearer in prayer, and the answer
was a question. ‘Are you willing to go to Africa?’
I felt unqualified.Thus I labored on over a year.
I felt as if I could not endure the weight. One
evening I took my Bible, my best instructor, and
read and prayed in my little room, determined to
conquer or die in the attempt. It was near the
dawn when the Angel of the Lord rolled the
burden off my poor heart.
Abraham was not required to slay Isaac — only
to become willing. I said calmly and peacefully,
‘Lord, use me as seemeth to thee good.’ Soon
there was a prompting in my heart that the
women of our church should be organized in
active and special work for missions.”
——————————————————————
SUNDAY, OCTOBER 16TH —
EIGHTEENTH SUNDAY AFTER PENTECOST
NANCY STECKELBERG WILL BE OUR GUEST
SPEAKER TODAY IN BOTH CHURCHES.
COLOR: GREEN
• • LAITY SUNDAY • •
Story for Laity Sunday: Luke was a layperson.
While he worked closely with Paul in a number
of his missionary journeys, he has never been
described as a preacher or a leader of the
congregations. His roles appear to have been
those of companion, helper, healer and
historian. The Order of Saint Luke, an
ecumenical religious order of lay and clergy
centered in the United Methodist Church, has
produced a book about the spirituality of Luke
entitled “FOOD FOR PILGRIMS.”
You may find it a useful resource.
• • • Luke is the author or collector of several
hymns, present in his gospel, Christians have
been singing since the earliest times. These
include:
The Song of Zechariah (UMH 208 and 209) 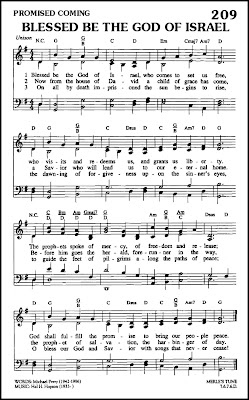 SCRIPTURE READINGS ARE:
EXODUS 33:12-23
(The Message)
Moses seeks assurance that God is with him
and the people as he continues to lead them.
God responds with the promise of ever-abiding
presence. Moses wants more than words: he
asks to see God's glory. God responds by
allowing Moses to see the "after-glow" of the
Divine Glory as God proclaims the Divine
Name from a safe distance.
12 Moses said to God, "Look, you tell me, 'Lead
this people,' but you don't let me know whom you're
going to send with me. You tell me, 'I know you well
and you are special to me.'
13 If I am so special to you, let me in on your plans.
That way, I will continue being special to you. Don't
forget, this is your people, your responsibility."
14 God said, "My presence will go with you. I'll see
the journey to the end."
15 Moses said, "If your presence doesn't take the
lead here, call this trip off right now. 16 How else
will it be known that you're with me in this, with me
and your people? Are you traveling with us or not?
How else will we know that we're special, I and
your people, among all other people on this
planet Earth?"
17 God said to Moses: "All right. Just as you say;
this also I will do, for I know you well and you are
special to me. I know you by name."
18 Moses said, "Please. Let me see your Glory."
19 God said, "I will make my Goodness pass right
in front of you; I'll call out the name, God, right
before you. I'll treat well whomever I want to treat
well and I'll be kind to whomever I want to be kind."
20 God continued, "But you may not see my face.
No one can see me and live."
21 God said, "Look, here is a place right beside me.
Put yourself on this rock.
22 When my Glory passes by, I'll put you in the cleft
of the rock and cover you with my hand until I've
passed by. 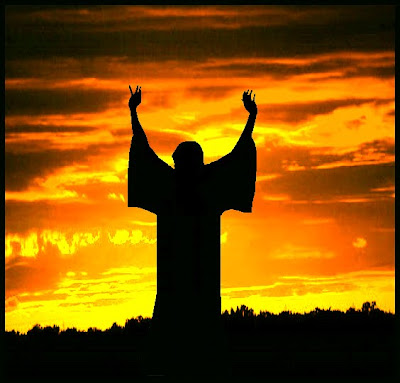 23 Then I'll take my hand away and you'll see my
back. But you won't see my face."
——————————————————————
PSALM 99 (UMH 819)
(The Message)
1 God rules. On your toes, everybody! He rules
from his angel throne - take notice!
2 God looms majestic in Zion, He towers in
splendor over all the big names.
3 Great and terrible your beauty: let everyone
praise you! Holy. Yes, holy.
4 Strong King, lover of justice, You laid things
out fair and square; You set down the
foundations in Jacob, Foundation stones of
just and right ways.
5 Honor God, our God; worship his rule! Holy.
Yes, holy. 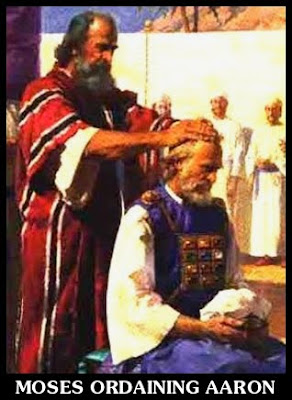 6 Moses and Aaron were his priests, Samuel
among those who prayed to him. They prayed
to God and he answered them;
7 He spoke from the pillar of cloud. 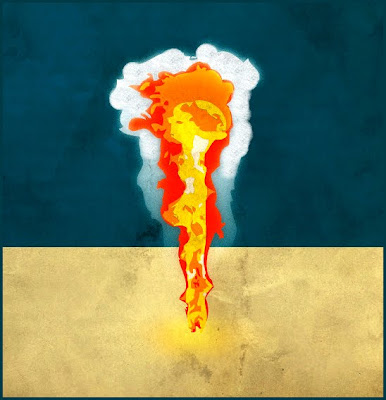 And they did what he said;
they kept the law he gave them.
8 And then God, our God, answered them (But
you were never soft on their sins).
9 Lift high God, our God; worship at his holy
mountain. Holy. Yes, holy is God our God.
——————————————————————
1 THESSALONIANS 1:1-10
(The Message)
Thessalonica was a port city about 100 miles
west of Philippi and 190 miles northwest of
Athens. The city was founded about 315 BC
by King Cassander of Macedon, who named
it after his wife Thessalonikeia, half-sister of
Alexander the Great. 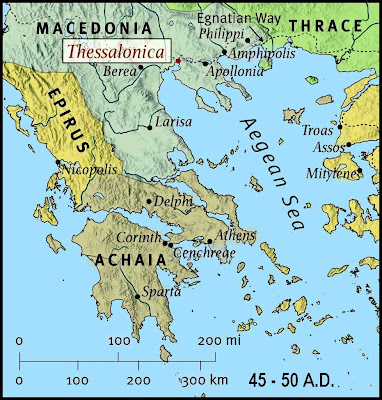 Thessalonica was the proud capital of the
Roman province of Macedonia.
It had a population of over 100,000.
Paul, Timothy, and Silas preached in the
Thessalonian synagogue over three Sabbaths.
FIRST Thessalonians 1:9–10 suggests that
Paul then spent some weeks ministering
fruitfully to pagan Gentiles there.
Paul greets the Christians in Thessalonica,
expressing gratitude for their example of joyful
faith in the face of persecution.
• • • THESSALONIKI, (THESSALONICA) NOW 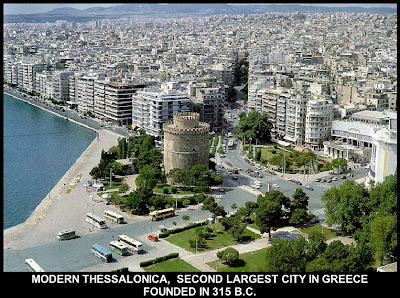 Thessaloniki is the second largest city in
Greece. Founded by Macedonian king
Cassander in 315 BC. It's named for his wife.
Her father, Philip II, called it in honor of his
victory over folkyans with the help of
Thessalian horsemen. Thessalonica is one
of the important commercial centers of
Byzantium.
• • • 52 A.D. • • •
Paul/Silas/Timothy traveled to Troas, Philippi,
Thessalonica and Beroea.
Paul traveled to Corinth to write
First Thessalonians.
1 I, Paul, together here with Silas and Timothy,
send greetings to the church at Thessalonica,
Christians assembled by God the Father and by
the Master, Jesus Christ. God's amazing grace
be with you! God's robust peace! 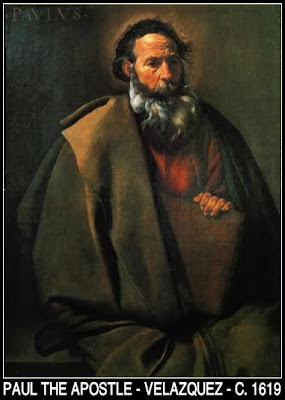 2 Every time we think of you, we thank God for
you. Day and night you're in our prayers
3 as we call to mind your work of faith, your labor
of love, and your patience of hope in following our
Master, Jesus Christ, before God our Father.
4 It is clear to us, friends, that God not only loves
you very much but also has put his hand on you
for something special.
5 When the Message we preached came to you,
it wasn't just words. Something happened in you.
The Holy Spirit put steel in your convictions.
6 and determined to live that way yourselves. In
imitating us, you imitated the Master. Although
great trouble accompanied the Word, you were
able to take great joy from the Holy Spirit! - taking
the trouble with the joy, the joy with the trouble.
7 Do you know that all over the provinces of both
Macedonia and Achaia believers look up to you?
8 The word has gotten around. Your lives are
echoing the Master's Word, not only in the
provinces but all over the place. The news of your
faith in God is out. We don't even have to say
anything anymore - you're the message!
9 People come up and tell us how you received us
with open arms, how you deserted the dead idols
of your old life so you could embrace and serve
God, the true God.
10 They marvel at how expectantly you await the
arrival of his Son, whom he raised from the dead -
Jesus, who rescued us from certain doom.
——————————————————————
MATTHEW 22:15-22
(The Message)
In the temple, a group of Pharisees try to trap
Jesus, but he traps them in their own hypocrisy
and divided allegiances.
15 That's when the Pharisees plotted a way to trap
him into saying something damaging.
16 They sent their disciples, with a few of Herod's
followers mixed in, to ask, "Teacher, we know you
have integrity, teach the way of God accurately,
are indifferent to popular opinion, and don't pander
to your students.
17 So tell us honestly: Is it right to pay taxes to
Caesar or not?"
18 Jesus knew they were up to no good. He said,
"Why are you playing these games with me? Why
are you trying to trap me?
19 Do you have a coin? Let me see it." They
handed him a silver piece.
20 "This engraving - who does it look like? And
whose name is on it?"
21 They said, "Caesar." "Then give Caesar what is
his, and give God what is his." 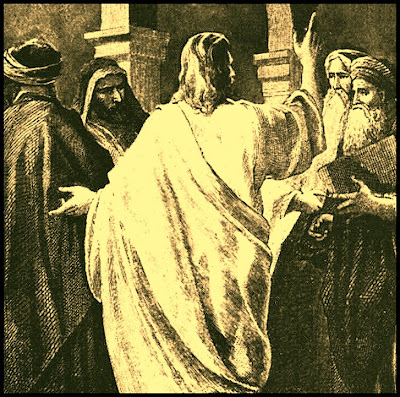 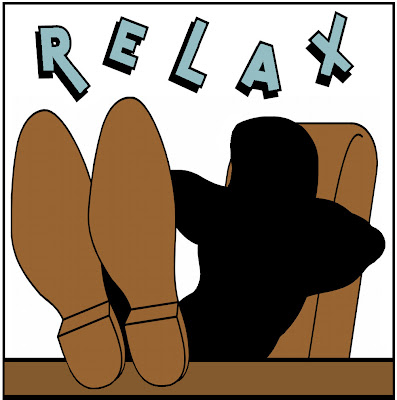 Hey there, I created that pillar of fire illustration. You can find the original here: http://kevinohlin.com/bible