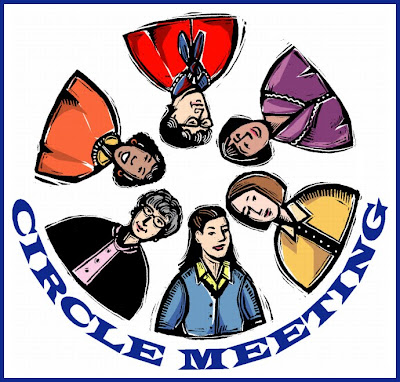 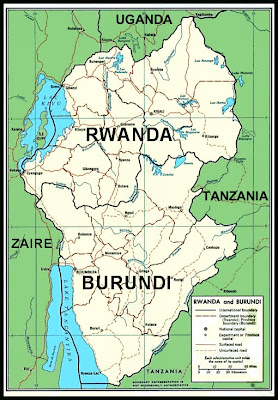 • • • On April 6, 1994 The Rwandan President
Habyarimana and the Burundian President were killed
when Habyarimana's plane was shot down by Hutu
extremists. This began the Rwandan Genocide.
• • • In 1994, the United Nations was warned
of the Rwandan Hutu chauvinist government's
impending GENOCIDE against the Tutsi minority and
anti-tribalist Hutus three months before it began in April. 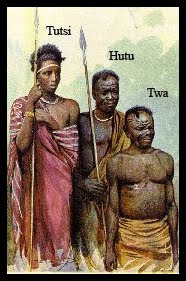 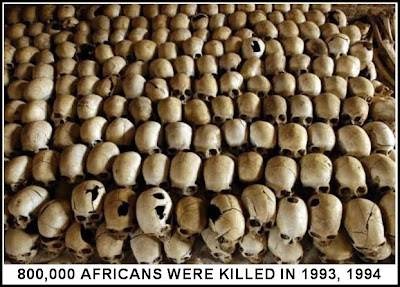 Nearly 8,000 people died there each day in the 100
days of horror which was sparked by the death of the
country's president in a suspicious plane crash. News
emerging from this chaos is some of the most brutal
ever gathered. HUTU militia, called the Interhamwe,
used machetes and clubs to kill over 800,000 TUTSI 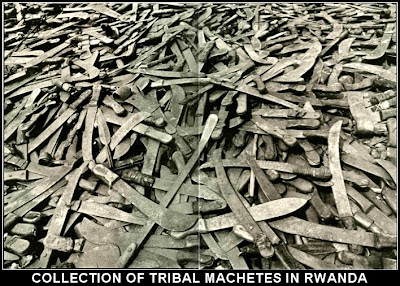 neighbors. One report said that many checkpoints were
set up to identify Tutsi and quickly eliminate them.

• • • As a rural African, we know nothing of YONA
KANAMUZEYI's early life. Yona was born to a mixed
marriage (Hutu and Tutsi), and raised in the Christian
faith. Eventually he served as pastor (deacon) in the
Nyamata district of Rwanda. He was responsible for
24 churches with about 6,000 members.

Early in 1994 Tutsi forces from Burundi invaded
Rwanda. Ethnic slaughter ensued, and because
Yona gave sanctuary and aid to the fleeing Hutu,
he was identified as a sympathizer and marked
for execution.

During the night of January 23rd, five soldiers
arrested Yona and two others. Yona took along
his journal in which he wrote the progression of
activities. Yona was tied up, marched on to a bridge,
and shot, then his body was thrown into the river.
One of the other men escaped and told Yona's story.
Near the end, Yona prayed these words:
“Lord God, I pray You , in your mercy, accept our
lives. We pray You to avenge our innocent blood
and help these soldiers who do not know
what they are doing.” 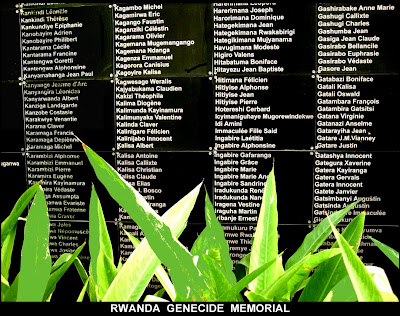 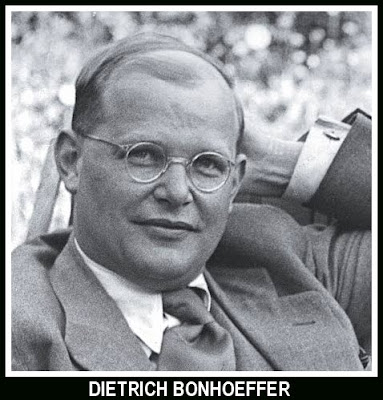 DIETRICH BONHOEFFER:
• • • Dietrich Bonhoeffer has been dead for more than
60 years, but the well-known German theologian has
been a role model of faith for many Christians,
including the Rev. Charles Sigman. Sigman, the 42
year-old pastor of First United Methodist Church of
Newport, Arkansas has helped make Bonhoeffer the
first martyr officially recognized by The United
Methodist Church. Bonhoeffer “rose above our basic
human instinct to proclaim a love that is worth
dying for.”
• • • Born in Breslau, Germany, in 1906, Bonhoeffer
received his doctorate from Berlin University in 1927,
and was ordained a Lutheran pastor in 1931. A
member of the resistance, he communicated with the
British government and also worked on his book,
‘Ethics’. “Christians do not live in a vacuum, says the
author, but in a world of government, politics, labor
and marriage. Hence, Christian ethics cannot exist in
a vacuum; what the Christian needs, claimed Dietrich
Bonhoeffer, is concrete instruction in a concrete
situation. Although the author died before completing
his work, this book is recognized as a major
contribution to Christian ethics.

• • • Bonhoeffer, as a member of the resistance against
dictator Adolph Hitler, was executed by the Nazis in
1945, during the final months of World War II. Executed
with him on April 9, 1945, were Admiral Wilhelm Canaris,
head of German Military Intelligence, General Hans Oster
and Hans von Dohnanyi, who was married to Christine,
Bonhoeffer's sister. On April 23, two other members of
the conspiracy, Bonhoeffer's brother, Klaus, and a
brother-in-law, Rudiger Schleicher, were also executed,
just seven days before Hitler committed suicide.
———————————————————————— 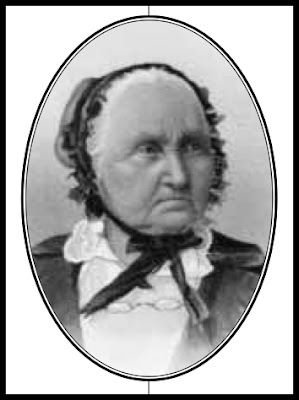 SARAH CROSBY:
• • • In 1771, John Wesley received a remarkable letter
from devout Methodist convert Mary Bosanquet
(1739-1815).
With her friends Sarah Crosby (1729-1804) and Sarah
Ryan (1724-1768), Bosanquet had been running an
orphanage and leading the small-group Methodist
gatherings for spiritual growth that Wesley termed
"class meetings." Crosby had in fact been speaking to
groups sometimes numbering in the hundreds —
though Wesley refused to let her call her spiritual
testimony "preaching."
• • • The month of June, 1771, Wesley endorsed
Bosanquet's friend Crosby as a lay preacher, using
the phrase "extraordinary call." He gave his stamp of
approval to Bosanquet as well. Both women became
tireless evangelists, and some 41 women eventually
became lay preachers in "Mr. Wesley's Methodism."
These were among the first women to find in
Methodism a liberating power to preach the gospel.
Despite a resolution passed in the Methodist
Conference in 1803 (after Wesley's death) that women
cannot be allowed to preach, Bosanquet/Fletcher
continued to preach five sermons a week until she died
in her late 70s.
————————————————————————
SUNDAY, OCTOBER 23, 2011
NINETEENTH SUNDAY AFTER PENTECOST
COLOR: GREEN

SCRIPTURE READINGS:
DEUTERONOMY 34:1-12
(The message)
Moses was allowed to see — but not enter —
the Promised Land. He died in the land of Moab
and was buried in an unknown burial place there.
The Israelites mourned his death for thirty days.
1 Moses climbed from the Plains of Moab to Mount
Nebo, the peak of Pisgah facing Jericho. God showed
him all the land from Gilead to Dan,
2 all Naphtali, Ephraim, and Manasseh; all Judah
reaching to the Mediterranean Sea; 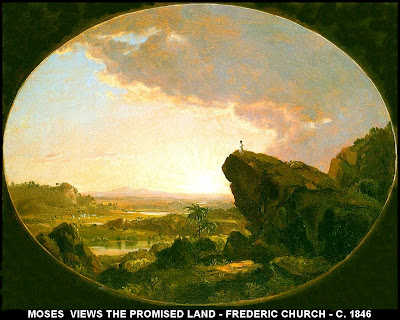 3 the Negev and the plains which encircle Jericho,
City of Palms, as far south as Zoar.
4 Then and there God said to him, "This is the land I
promised to your ancestors, to Abraham, Isaac, and
Jacob with the words 'I will give it to your
descendants.' I've let you see it with your own eyes.
There it is. But you're not going to go in." 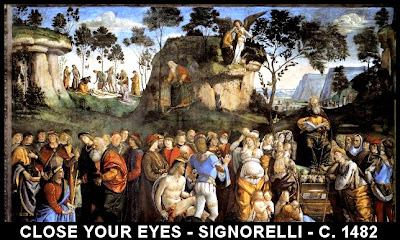 5 Moses died there in the land of Moab, Moses the
servant of God, just as God said.
6 God buried him in the valley in the land of Moab
opposite Beth Peor.
No one knows his burial site to this very day.
7 Moses was 120 years old when he died. His
eyesight was sharp; he still walked with a spring in
his step.
8 The People of Israel wept for Moses in the Plains
of Moab thirty days. Then the days of weeping and
mourning for Moses came to an end.
9 Joshua son of Nun was filled with the spirit of wisdom
because Moses had laid his hands on him. The People
of Israel listened obediently to him and did the same as
when God had commanded Moses.
10 No prophet has risen since in Israel like Moses,
whom God knew face-to-face.
11 Never since has there been anything like the signs
and miracle-wonders that God sent him to do in Egypt,
to Pharaoh, to all his servants, and to all his land
12 - nothing to compare with that all-powerful hand of
his and all the great and terrible things Moses did as
every eye in Israel watched.
————————————————————————
PSALM 90:1-6, 13-17 (UMH 789)
(The message)
1 God, it seems you've been our home forever;
2 long before the mountains were born, Long before
you brought earth itself to birth, from "once upon a
time" to "kingdom come" - you are God.
3 So don't return us to mud, saying, "Back to where
you came from!"
4 Patience! You've got all the time in the world -
whether a thousand years or a day, it's all the same
to you.
5 Are we no more to you than a wispy dream, no
more than a blade of grass
6 That springs up gloriously with the rising sun and
is cut down without a second thought?
13 Come back, God - how long do we have to wait?
- and treat your servants with kindness for a change.
14 Surprise us with love at daybreak; then we'll skip
and dance all the day long.
15 Make up for the bad times with some good times;
we've seen enough evil to last a lifetime.
16 Let your servants see what you're best at - the
ways you rule and bless your children.
17 And let the loveliness of our Lord, our God, rest on
us, confirming the work that we do. Oh, yes.
Affirm the work that we do!
————————————————————————
1 THESSALONIANS 2:1-8
(The message)
Paul continues his "re-introduction," recalling the
suffering that accompanied his first visit and the
authenticity and gentleness of his proclamation
among them. Paul and company had come here
initially because of persecution in Philippi. Now
the Christians in Thessalonica themselves have
experienced persecution for their faith.
1 So, friends, it's obvious that our visit to you was no
waste of time.
2 We had just been given rough treatment in Philippi,
as you know, but that didn't slow us down. We were
sure of ourselves in God, and went right ahead and
said our piece, presenting God's Message to you,
defiant of the opposition.
3 God tested us thoroughly to make sure we were
qualified to be trusted with this Message.
4 Be assured that when we speak to you we're not
after crowd approval - only God approval. Since
we've been put through that battery of tests, you're
guaranteed that both we and the Message are free
of error, mixed motives, or hidden agendas.
5 We never used words to butter you up. No one
knows that better than you. And God knows we
never used words as a smoke screen to take
advantage of you.
6 Even though we had some standing as Christ's
apostles, we never threw our weight around or
tried to come across as important, with you or
anyone else.
7 We weren't aloof with you. We took you just as
you were. We were never patronizing, never
condescending, but we cared for you the way a
mother cares for her children.
8 We loved you dearly. Not content to just pass on
the Message, we wanted to give you our hearts.
And we did.
————————————————————————
MATTHEW 22:34-46
(The message)
The Pharisees ask Jesus to tell them what kind of
law, of all the laws, is the most important. It is a
trap, as verse 35 attests. At the very least they're
asking him (they think) to choose between moral
law and ceremonial law, to declare an ultimate
allegiance either to the Pharisees (who would
have generally focused on the moral law) or the
Saducees (ultimate guardians of the ceremonial
law as operators of the temple). His answer rejects
both paths and blazes another, one that turns any
politically-based reading of the Bible on its head.
"Love the Lord your God with all you are AND
your neighbor as yourself. From this all the law
and prophets hang." The Pharisees try to trap
Jesus with a question: Which kind of
commandment was the greatest? Jesus follows
his reply with more questions about the identity
of the Messiah.
From that day, their questions ceased. 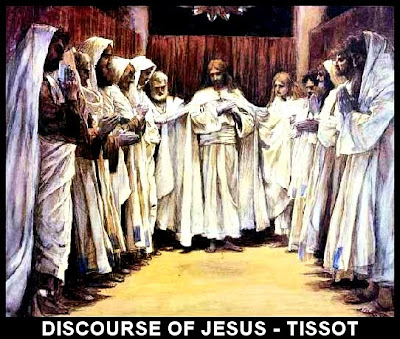 34 When the Pharisees heard how he had bested
the Sadducees, they gathered their forces for an
assault.
35 One of their religion scholars spoke for them,
posing a question they hoped would show him up:
36 "Teacher, which command in God's Law is the
most important?"
37 Jesus said, "'Love the Lord your God with all
your passion and prayer and intelligence.'
38 This is the most important, the first on any list.
39 But there is a second to set alongside it: 'Love
others as well as you love yourself.'
40 These two commands are pegs; everything in
God's Law and the Prophets hangs from them."
41 As the Pharisees were regrouping, Jesus caught
them off balance with his own test question:
42 "What do you think about the Christ? Whose son
is he?" They said, "David's son."
43 Jesus replied, "Well, if the Christ is David's son,
how do you explain that David, under inspiration,
named Christ his 'Master'?
44 God said to my Master, "Sit here at my right hand
until I make your enemies your footstool."
45 "Now if David calls him 'Master,' how can he at the
same time be his son?"
46 That stumped them, literalists that they were.
Unwilling to risk losing face again in one of these public
verbal exchanges, they quit asking questions for good.
≈≈≈≈≈≈≈≈≈≈≈≈≈≈≈≈≈≈≈≈≈≈≈≈≈≈≈≈≈≈≈≈≈≈≈≈≈≈≈≈≈≈≈
MONDAY OCTOBER 24TH —
This is Pastor Bob's and Naomi's day off
The office is closed today. 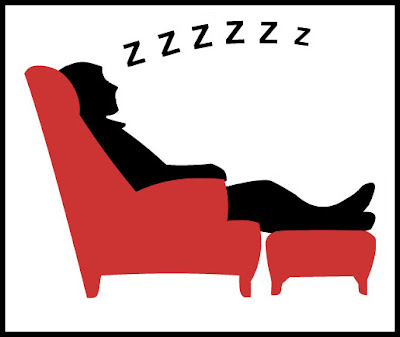 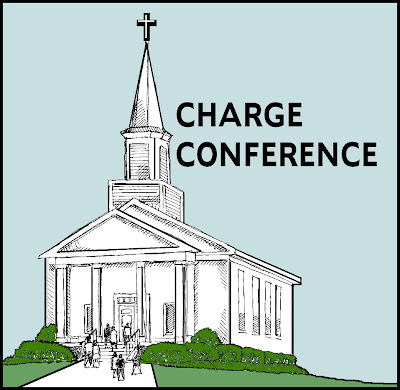 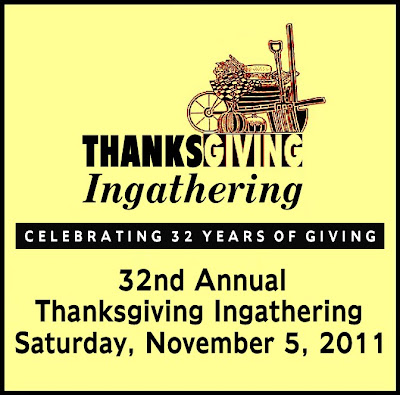 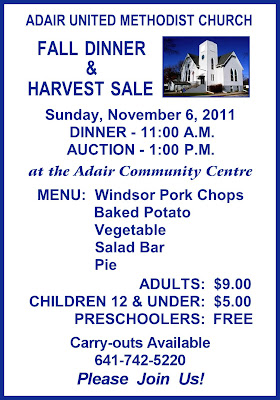 ————————————————————————
We know that the Rwanda episode will not be the last
bitter ethnic genocide. What makes one group of
human beings decide that they are far superior to any
other group? If someone finds the answer, please let
me know.

what the fuck is that nigga