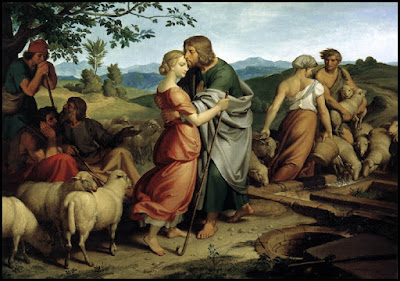 A suitor calls on his beloved to prepare for their uniting.
8-10 Look! Listen! There’s my lover!
Do you see him coming?
Vaulting the mountains,
leaping the hills.
My lover is like a gazelle, graceful;
like a young stag, virile.
Look at him there, on tiptoe at the gate,
all ears, all eyes—ready!
My lover has arrived
and he’s speaking to me!
The Man
10-14 Get up, my dear friend,
fair and beautiful lover—come to me!
Look around you: Winter is over;
the winter rains are over, gone!
Spring flowers are in blossom all over.
The whole world’s a choir—and
singing!
Spring warblers are filling the forest
with sweet arpeggios.
Lilacs are exuberantly purple and
perfumed,
and cherry trees fragrant with
blossoms.
Oh, get up, dear friend,
my fair and beautiful lover—come to
me!
Come, my shy and modest dove—
leave your seclusion, come out in the
open.
Let me see your face,
let me hear your voice.
For your voice is soothing
and your face is ravishing.
———————————————————
PSALM 45:1-9 (UMH 795)
THE MESSAGE (MSG) 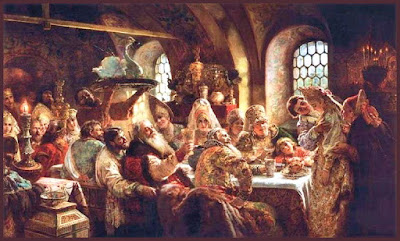 A Wedding Song of the Sons of Korah
45 My heart bursts its banks,
spilling beauty and goodness.
I pour it out in a poem to the king,
shaping the river into words:

2-4 “You’re the handsomest of men;
every word from your lips is sheer
grace,
and God has blessed you, blessed
you so much.
Strap your sword to your side, warrior!
Accept praise! Accept due honor!
Ride majestically! Ride triumphantly!
Ride on the side of truth!
Ride for the righteous meek!

4-5 “Your instructions are glow-in-the-
dark;
you shoot sharp arrows
Into enemy hearts; the king’s
foes lie down in the dust, beaten.

6-7 “Your throne is God’s throne,
ever and always;
The scepter of your royal rule
measures right living.
You love the right
and hate the wrong.
And that is why God, your very own
God,
poured fragrant oil on your head,
Marking you out as king
from among your dear companions.

8-9 “Your ozone-drenched garments
are fragrant with mountain breeze.
Chamber music—from the throne room
— makes you want to dance.
Kings’ daughters are maids in your
court,
the Bride glittering with golden
jewelry.
———————————————————
JAMES 1:17-27
THE MESSAGE (MSG)
Be the first fruits of God's generosity toward others. Stay away from excess and impurity. Actively do the word. Restrain the tongue. Make sure the weak and vulnerable are protected
16-18 So, my very dear friends, don’t get
thrown off course. Every desirable and
beneficial gift comes out of heaven. The
gifts are rivers of light cascading down
from the Father of Light. There is
nothing deceitful in God, nothing two-
faced, nothing fickle. He brought us to
life using the true Word, showing us off
as the crown of all his creatures.
ACT ON WHAT YOU HEAR
19-21 Post this at all the intersections,
dear friends: Lead with your ears, follow
up with your tongue, and let anger
straggle along in the rear. God’s right-
eousness doesn’t grow from human
anger. So throw all spoiled virtue and
cancerous evil in the garbage. In simple
humility, let our gardener, God,
landscape you with the Word, making a
salvation-garden of your life.
22-24 Don’t fool yourself into thinking
that you are a listener when you are any-
thing but, letting the Word go in one ear
and out the other. Act on what you hear!
Those who hear and don’t act are like
those who glance in the mirror, walk
away, and two minutes later have no
idea who they are, what they look like.
25 But whoever catches a glimpse of the
revealed counsel of God—the free life!
—even out of the corner of his eye, and
sticks with it, is no distracted scatter-
brain but a man or woman of action.
That person will find delight and
affirmation in the action.
26-27 Anyone who sets himself up as
“religious” by talking a good game is
self-deceived. This kind of religion is hot
air and only hot air. Real religion, the
kind that passes muster before God the
Father, is this: Reach out to the home-
less and loveless in their plight, and
guard against corruption from the
godless world.
———————————————————
MARK 7:1-15, 21-23
THE MESSAGE (MSG)
Pharisees and scribes from Jerusalem confront Jesus about why his disciples do not follow the customary hand washing rituals before eating. Jesus insists that true cleanness is not a matter of external cleansing, but the cleansing of the “inner self.”
MARK 7:1-15
THE SOURCE OF YOUR POLLUTION 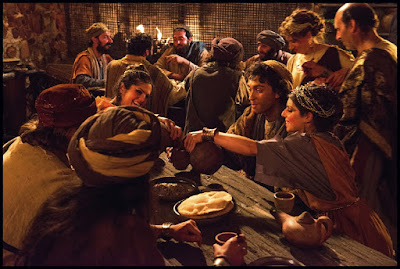 1-4 The Pharisees, along with some
religion scholars who had come from
Jerusalem, gathered around him. They
noticed that some of his disciples
weren’t being careful with ritual
washings before meals. The Pharisees—
Jews in general, in fact—would never
eat a meal without going through the
motions of a ritual hand-washing, with
an especially vigorous scrubbing if they
had just come from the market (to say
nothing of the scourings they’d give
jugs and pots and pans).
5 The Pharisees and religion scholars
asked, “Why do your disciples flout the
rules, showing up at meals without
washing their hands?”
6-8 Jesus answered, “Isaiah was right
about frauds like you, hit the bull’s-eye
in fact:

These people make a big show of
saying the right thing,
but their heart isn’t in it.
They act like they are worshiping me,
but they don’t mean it.
They just use me as a cover
for teaching whatever suits their
fancy,
Ditching God’s command
and taking up the latest fads.”

9-13 He went on, “Well, good for you.
You get rid of God’s command so you
won’t be inconvenienced in following
the religious fashions! Moses said,
‘Respect your father and mother,’ and,
‘Anyone denouncing father or mother
should be killed.’ But you weasel out of
that by saying that it’s perfectly
acceptable to say to father or mother,
‘Gift! What I owed you I’ve given as a
gift to God,’ thus relieving yourselves of
obligation to father or mother. You
scratch out God’s Word and scrawl a
whim in its place. You do a lot of things
like this.”
14-15 Jesus called the crowd together
again and said, “Listen now, all of you—
take this to heart. It’s not what you
swallow that pollutes your life; it’s what
you vomit—that’s the real pollution.”

MARK 7:21-23
20-23 He went on: “It’s what comes out
of a person that pollutes: obscenities,
lusts, thefts, murders, adulteries, greed,
depravity, deceptive dealings, carousing,
mean looks, slander, arrogance, foolish-
ness—all these are vomit from the heart.
There is the source of your pollution.” 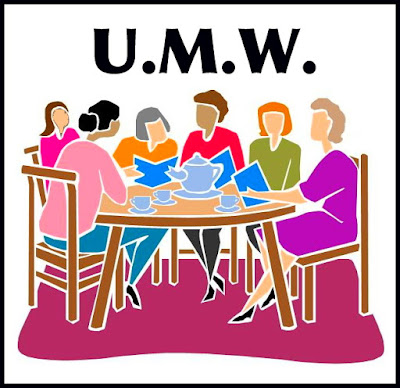 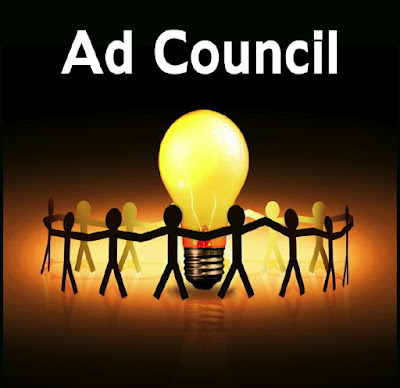 • Casey Council at 7 P.M.
• Adair Council at 7:45 P.M.
• Combined Councils after.
———————————————————
• 31 B.C. - The Roman leader Octavian
defeated an alliance of Mark Antony and
Cleopatra. Octavian, known as Augustus
Caesar, became first Roman emperor.
• 1666 - The Great Fire of London broke
out. The fire burned for three days and
destroyed 10,000 buildings including St.
Paul's Cathedral. 6 people were killed.
• 1775 - Hannah, the first American war
vessel was commissioned by General
George Washington.
• 1864 - During the U.S. Civil War Union
forces led by Gen. William T. Sherman
occupied Atlanta following the retreat of
the Confederate Army.
• 1901 - Theodore Roosevelt, then Vice
President, said "Speak softly and carry
a big stick" in a speech at the Minnesota
State Fair.
• 1945 - Japan surrendered to the U.S.
aboard the USS Missouri, ending World
War II. The war ended six years and one
day after it began.
• 1963 - Integration of Tuskegee High
School was prevented by state troopers
assigned by Alabama Gov. George
Wallace. Wallace had the building
surrounded by state troopers.
• 1985 - It was announced that the
Titanic had been found on September 1
by a U.S. and French expedition 560
miles off Newfoundland. The luxury liner
had been missing for 73 years.
• 1996 - Muslim rebels and the Philippine
government signed a pact to formally
end 26-years of insurgency that had
killed more than 120,000 people.
≈≈≈≈≈≈≈≈≈≈≈≈≈≈≈≈≈≈≈≈≈≈≈≈≈≈≈≈≈≈≈≈≈≈≈
THURSDAY, SEPTEMBER 3RD —
Happy Birthday Betty Elgin!
Happy Birthday Brian Rumple!
OFFICE OPEN FROM 9 A.M. TO NOON.
———————————————————
• 1783 - The Revolutionary War between
the United States and Great Britain
ended with the Treaty of Paris.
• 1838 - Frederick Douglass boarded a
train in Maryland on his way to freedom
from being a slave.
• 1939 - British Prime Minister Neville
Chamberlain, in a radio broadcast,
announced that Britain and France had
declared war on Germany.
• 1943 - Italy was invaded by the Allied
forces during World War II.
• 1989 - The U.S. began shipping military
aircraft and weapons, worth $65 million,
to Columbia in a war against drug lords.
• 2013 - Hunters in Mississippi caught a
727-pound alligator.
≈≈≈≈≈≈≈≈≈≈≈≈≈≈≈≈≈≈≈≈≈≈≈≈≈≈≈≈≈≈≈≈≈≈≈
FRIDAY, SEPTEMBER 4TH —
———————————————————
• • 0476 - Romulus Augustulus, the last
emperor of the western Roman Empire,
was deposed when Odoacer proclaimed
himself King of Italy.
• 1609 - English navigator Henry Hudson
began exploring the island of Manhattan.
• 1781 - Los Angeles, California, was
founded by Spanish settlers. The original
name was "El Pueblo de Nuestra Senora
La Reina de Los Angeles de Porciuncula,"
which translates as "The Town of the
Queen of Angels."
• 1833 - Barney Flaherty answered an ad
in "The New York Sun" and became the
first paperboy at the age of 10.
• 1894 - A strike in New York City by
12,000 tailors took place to protest
sweatshops.
• 1899 - An 8.3 earthquake hit
Yakutat Bar, Alaska.
• 1923 - The first American dirigible, the
"Shenandoah," began its maiden voyage
in Lakehurst, New Jersey.
• 1972 - Swimmer Mark Spitz captured
his seventh Olympic gold medal in the
400-meter medley relay event at Munich,
Germany. Spitz was the first Olympian to
win seven gold medals.
• 1993 - Pope John Paul II began his first
visit to the former Soviet Union.
• 1995 - The Fourth World Conference on
Women began in Beijing. There were
over 4,750 delegates from 181 countries
in attendance.
• 1998 - The International Monetary Fund
approved a $257 million loan for the
Ukraine.
• 1998 - Google was incorporated as a
privately held company.
• 2003 - Keegan Reilly, 22, became the
first parapalegic climber to reach the
peak of Japan's Mount Fuji.
≈≈≈≈≈≈≈≈≈≈≈≈≈≈≈≈≈≈≈≈≈≈≈≈≈≈≈≈≈≈≈≈≈≈≈
SATURDAY, SEPTEMBER 5TH —
Happy Birthday Earl Joint!
Happy Anniversary —
Dean and Mary Ann Heckman!
———————————————————
• 1698 - Russia's Peter the Great
imposed a tax on all beards.
• 1774 - The first session of the U.S.
Continental Congress convened in
Philadelphia. The delegates drafted a
declaration of rights and grievances,
organized the Continental Association,
and elected Peyton Randolph, the first
president of the Continental Congress.
• 1836 - Sam Houston was elected as the
first president of the Republic of Texas.
• 1881 - The American Red Cross made
relief available for disaster for the first
time. The disaster was the Great Fire of
1881 in Michigan.
• 1882 - The first U.S. Labor Day parade
was held in New York City.
• 1914 - The First World War Battle of the
Marne in France began. The Germans,
British and French fought for six days
killing half a million people.  It was an
Allied victory over Germany.
•  1960 - Cassius Clay of Louisville, KY,
won the gold medal in light heavyweight
boxing at the Olympic Games in Rome,
Italy. Clay later changed his name to
Muhammad Ali.
• 1991 - Soviet lawmakers created an
interim government to usher in the
confederation after dissolving the
U.S.S.R.
≈≈≈≈≈≈≈≈≈≈≈≈≈≈≈≈≈≈≈≈≈≈≈≈≈≈≈≈≈≈≈≈≈≈≈
Thank you for all you have done for
our church life this week.