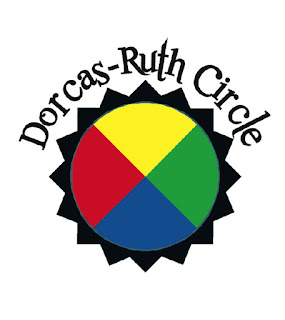 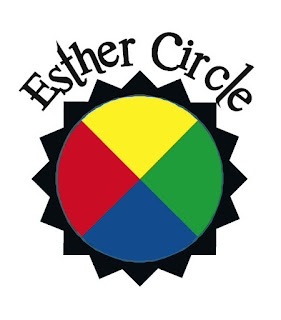 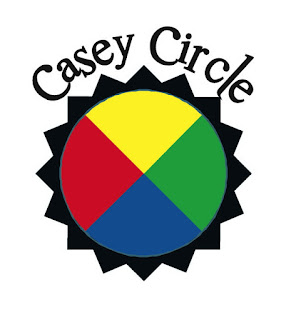 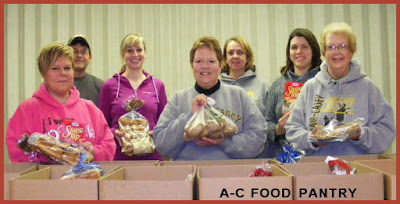 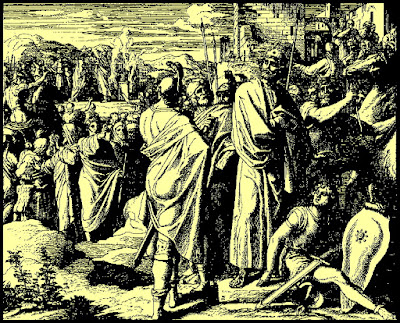 1-2 Bringing all this to a climax, King
Solomon called in the leaders of Israel,
all the heads of the tribes and the family
patriarchs, to bring up the Chest of the
Covenant of God from Zion, the City of
David. And they came, all Israel before
King Solomon in the month of Ethanim,
the seventh month, for the great autumn
festival.
3-5 With all Israel’s leaders present, the
priests took up the Chest of God and
carried up the Chest and the Tent of
Meeting and all the holy vessels that
went with the Tent. King Solomon and
the entire congregation of Israel were
there at the Chest worshiping and
sacrificing huge numbers of sheep and
cattle—so many that no one could keep
track.
6-9 Then the priests brought the Chest
of the Covenant of God to its place in
the Inner Sanctuary, the Holy of Holies,
under the wings of the cherubim. The
outspread wings of the cherubim
stretched over the Chest and its poles.
The poles were so long that their ends
could be seen from the entrance to the
Inner Sanctuary, but were not noticeable
farther out. They’re still there today.
There was nothing in the Chest but the
two stone tablets that Moses had placed
in it at Horeb where God made a
covenant with Israel after bringing them
up from Egypt.

The Temple Finished, Dedicated, Filled.
10-11 When the priests left the Holy
Place, a cloud filled The Temple of God.
The priests couldn’t carry out their
priestly duties because of the cloud—
the glory of God filled The Temple of
God!
1 KINGS 8:22-32
22-25 Before the entire congregation of
Israel, Solomon took a position before
the Altar, spread his hands out before
heaven, and prayed,

O God, God of Israel, there is no God
like you in the skies above or on the
earth below who unswervingly keeps
covenant with his servants and
relentlessly loves them as they sincerely
live in obedience to your way. You kept
your word to David my father, your
personal word. You did exactly what you
promised—every detail. The proof is
before us today!

Keep it up, God, O God of Israel!
Continue to keep the promises you made
to David my father when you said, “You’ll
always have a descendant to represent
my rule on Israel’s throne, on the
condition that your sons are as careful
to live obediently in my presence as you
have.”

26 O God of Israel, let this all happen;
confirm and establish it!

27-32 Can it be that God will actually
move into our neighborhood? Why, the
cosmos itself isn’t large enough to give
you breathing room, let alone the Temple
I’ve built. Even so, I’m bold to ask: Pay
attention to these my prayers, both
intercessory and personal, O God, my
God. Listen to my prayers, energetic and
devout, that I’m setting before you right
now. Keep your eyes open to this Temple
night and day, this place of which you
said, “My Name will be honored there,”
and listen to the prayers that I pray at
this place.

Listen from your home in heaven and
when you hear, forgive.

When someone hurts a neighbor and
promises to make things right, and then
comes and repeats the promise before
your Altar in this Temple, listen from
heaven and act accordingly: Judge your
servants, making the offender pay for
his offense and setting the offended free
of any charges.
1 KINGS 8:41-43
41-43 And don’t forget the foreigner who
is not a member of your people Israel
but has come from a far country
because of your reputation. People are
going to be attracted here by your great
reputation, your wonder-working power,
who come to pray at this Temple.

Listen from your home in heaven.

Honor the prayers of the foreigner so
that people all over the world will know
who you are and what you’re like and
will live in reverent obedience before
you, just as your own people Israel do;
so they’ll know that you personally
make this Temple that I’ve built what it is.
———————————————————
PSALM 84  (UMH 804)
THE MESSAGE (MSG)
A psalm in praise of the beauty of the temple and its worship.
A KORAH PSALM
1-2 What a beautiful home, God-of-
the-Angel-Armies!
I’ve always longed to live in a place
like this,
Always dreamed of a room in your
house,
where I could sing for joy to God-
alive! 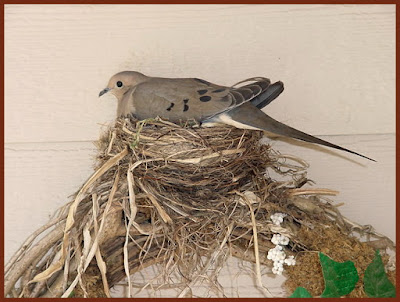 3-4 Birds find nooks and crannies in
your house,
sparrows and swallows make nests
there.
They lay their eggs and raise their
young,
singing their songs in the place where
we worship.
God-of-the-Angel-Armies! King! God!
How blessed they are to live and sing
there!

5-7 And how blessed all those in whom
you live,
whose lives become roads you travel;
They wind through lonesome valleys,
come upon brooks,
discover cool springs and pools
brimming with rain!
God-traveled, these roads curve up the
mountain, and
at the last turn—Zion! God in full view! 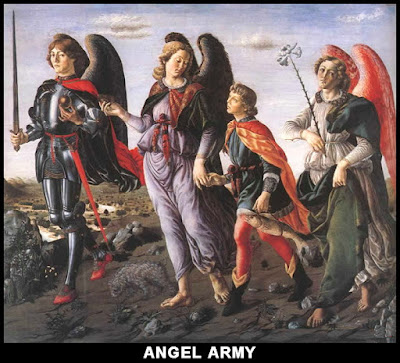 8-9 God-of-the-Angel-Armies, listen:
O God of Jacob, open your ears—I’m
praying!
Look at our shields, glistening in the
sun,
our faces, shining with your gracious
anointing.

10-12 One day spent in your house, this
beautiful place of worship,
beats thousands spent on Greek
island beaches.
I’d rather scrub floors in the house of
my God
than be honored as a guest in the
palace of sin.
All sunshine and sovereign is God,
generous in gifts and glory.
He doesn’t scrimp with his traveling
companions.
It’s smooth sailing all the way with
God-of-the-Angel-Armies.
———————————————————
EPHESIANS 6:10-20THE MESSAGE (MSG)
Parting words from Paul: Put on the whole armor of God as defense against surrounding evil spiritual strongholds and pray constantly for all sisters and brothers in Christ. 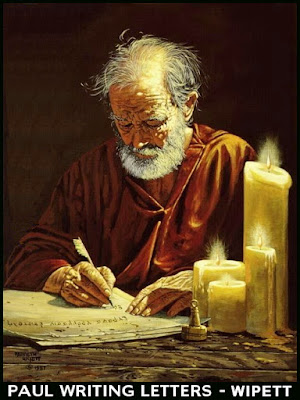 A FIGHT TO THE FINISH
10-12 And that about wraps it up. God is
strong, and he wants you strong. So
take everything the Master has set out
for you, well-made weapons of the best
materials. And put them to use so you
will be able to stand up to everything the
Devil throws your way. This is no
afternoon athletic contest that we’ll walk
away from and forget about in a couple
of hours. This is for keeps, a life-or-death
fight to the finish against the Devil and
all his angels.
13-18 Be prepared. You’re up against far
more than you can handle on your own.
Take all the help you can get, every
weapon God has issued, so that when
it’s all over but the shouting you’ll still
be on your feet. Truth, righteousness,
peace, faith, and salvation are more
than words. Learn how to apply them.
You’ll need them throughout your life.
God’s Word is an indispensable
weapon. In the same way, prayer is
essential in this ongoing warfare. Pray
hard and long. Pray for your brothers
and sisters. Keep your eyes open. Keep
each other’s spirits up so that no one
falls behind or drops out.
19-20 And don’t forget to pray for me.
Pray that I’ll know what to say and have
the courage to say it at the right time,
telling the mystery to one and all, the
Message that I, jailbird preacher that I
am, am responsible for getting out.
———————————————————
JOHN 6:56-69
THE MESSAGE (MSG)
The point is so clear and offensive that many of his followers abandon him. Peter and an unspecified number of others, including the Twelve, remain. They are convinced Jesus is the Holy One of God who has the words of life.
53-58 But Jesus didn’t give an inch.
“Only insofar as you eat and drink flesh
and blood, the flesh and blood of the
Son of Man, do you have life within you.
The one who brings a hearty appetite to
this eating and drinking has eternal life
and will be fit and ready for the Final
Day. My flesh is real food and my blood
is real drink. By eating my flesh and
drinking my blood you enter into me
and I into you. In the same way that the
fully alive Father sent me here and I live
because of him, so the one who makes
a meal of me lives because of me. This
is the Bread from heaven. Your
ancestors ate bread and later died.
Whoever eats this Bread will live always.”
59 He said these things while teaching in
the meeting place in Capernaum.

TOO TOUGH TO SWALLOW
60 Many among his disciples heard this
and said, “This is tough teaching, too
tough to swallow.”
61-65 Jesus sensed that his disciples
were having a hard time with this and
said, “Does this throw you completely?
What would happen if you saw the Son
of Man ascending to where he came
from? The Spirit can make life. Sheer
muscle and willpower don’t make
anything happen. Every word I’ve
spoken to you is a Spirit-word, and so it
is life-making. But some of you are
resisting, refusing to have any part in
this.” (Jesus knew from the start that
some weren’t going to risk themselves
with him. He knew also who would
betray him.) He went on to say, “This is
why I told you earlier that no one is
capable of coming to me on his own.
You get to me only as a gift from the
Father.”
66-67 After this a lot of his disciples left.
They no longer wanted to be associated
with him. Then Jesus gave the Twelve
their chance: “Do you also want to
leave?”
68-69 Peter replied, “Master, to whom
would we go? You have the words of
real life, eternal life. We’ve already
committed ourselves, confident that
you are the Holy One of God.”
———————————————————
• 1838 - The first class graduated from
Mount Holyoke Female Seminary in
South Hadley, Massachusetts. It was
one of the first colleges for women.
• 1839 - Hong Kong was taken by the
British in a war with China.
• 1902 - Fannie Farmer opened her
cooking school, Fannie Farmer’s School
of Cookery, in Boston, Massachusetts.
• 1939 - Nazi Germany and the Soviet
Union signed a non-aggression treaty.
• 1947 - Margaret Truman, U.S. President
Truman's daughter, gave her first public
performance as a singer. The event was
at the Hollywood Bowl and had an
audience of 15,000.
• 1979 - Soviet dancer Alexander
Godunov defected while the Bolshoi
Ballet was on tour in New York City.
• 1998 - Boris Yeltsin dismissed the
entire Russian government again.
≈≈≈≈≈≈≈≈≈≈≈≈≈≈≈≈≈≈≈≈≈≈≈≈≈≈≈≈≈≈≈≈≈≈≈
MONDAY, AUGUST 24TH —
Happy Birthday Amber McClain!
OFFICE IS CLOSED TODAY. 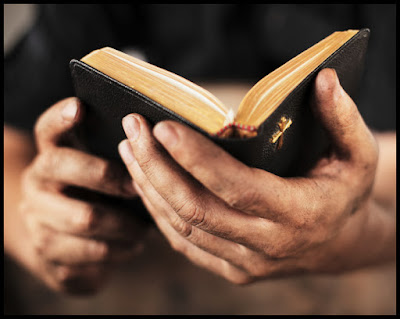