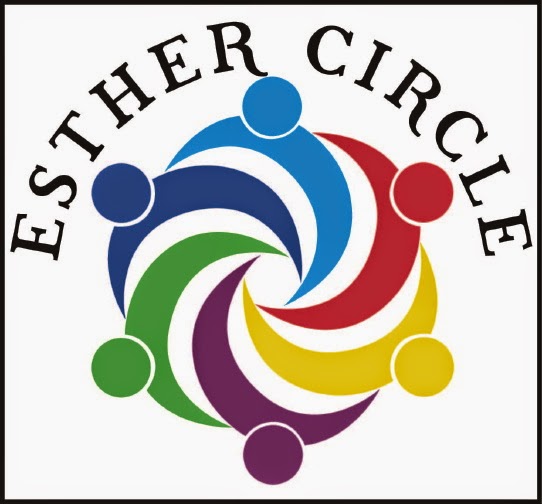 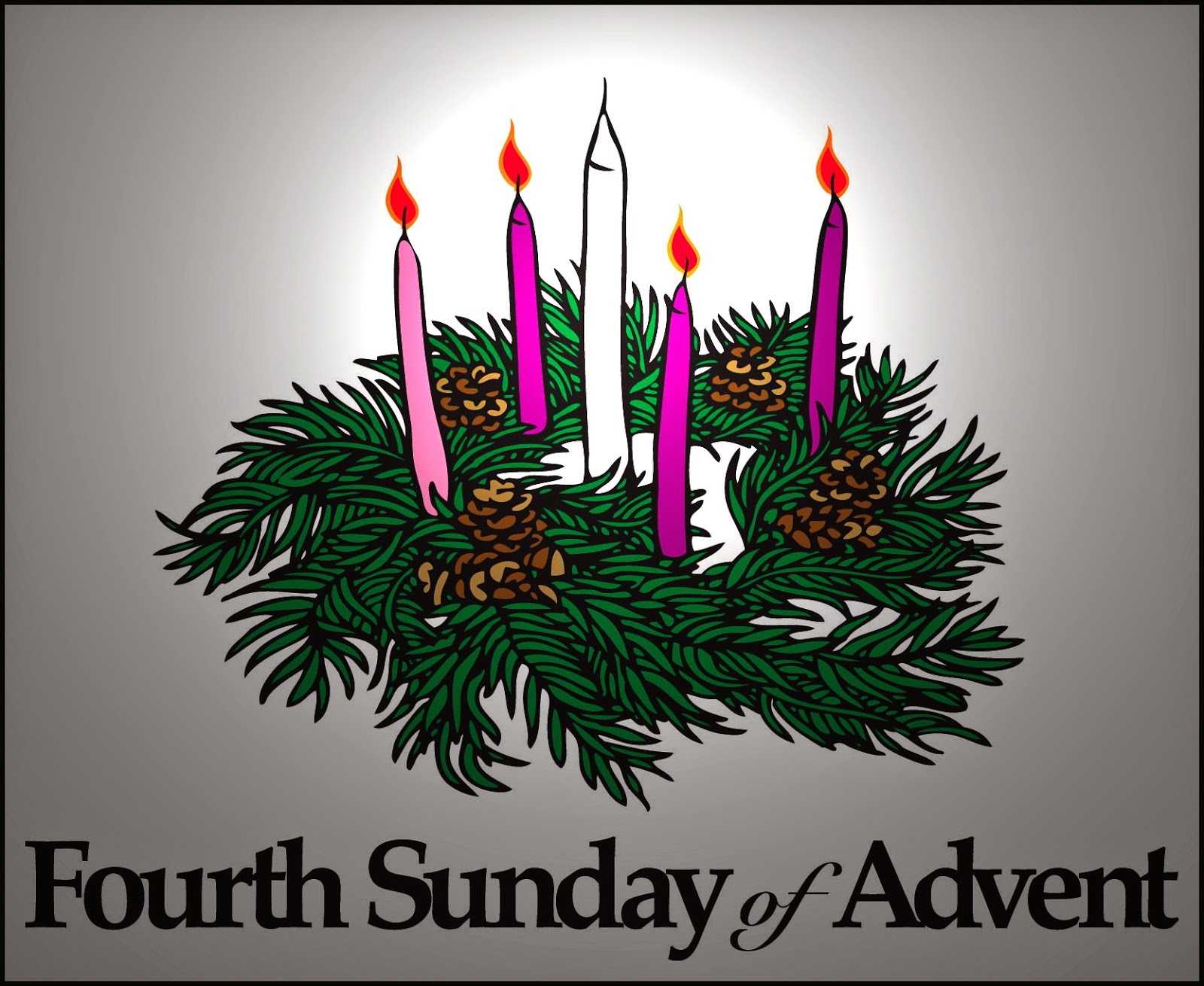 • My soul magnifies the Lord, and my
spirit rejoices in God my Savior, for he
has looked with favor on the lowliness
of his servant. Surely, from now on all
generations will call me blessed."
———————————————————
SCRIPTURE READINGS ———————————————————
2 SAMUEL 7:1-16
THE MESSAGE (MSG)
Nathan brings good news and a reality check to David. The good news: God intends to establish David's lineage permanently, though conditionally. The reality: God has been present with God's people by being in their midst as they have traveled (the tabernacle, "incarnation") and has no need for David to build a temple.
GOD'S COVENANT WITH DAVID
1-2 Before long, the king made himself
at home and God gave him peace from
all his enemies. Then one day King
David said to Nathan the prophet, “Look
at this: Here I am, comfortable in a
luxurious house of cedar, and the Chest
of God sits in a plain tent.” 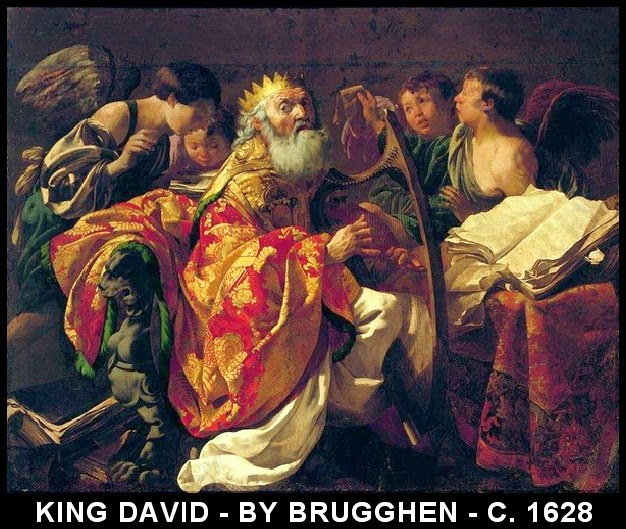 3 Nathan told the king, “Whatever is on
your heart, go and do it. God is with you.” 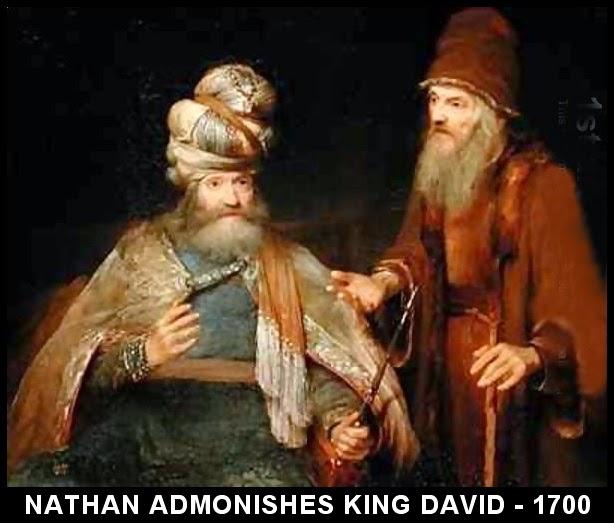 4-7 But that night, the word of God came
to Nathan saying, “Go and tell my
servant David: This is God’s word on the
matter: You’re going to build a ‘house’
for me to live in? Why, I haven’t lived in
a ‘house’ from the time I brought the
children of Israel up from Egypt till now.
All that time I’ve moved about with
nothing but a tent. And in all my travels
with Israel, did I ever say to any of the
elders I commanded to shepherd Israel,
‘Why haven’t you built me a house of
cedar?’
8-11 “So here is what you are to tell my
servant David: The God-of-the-Angel-
Armies has this word for you: I took you
from the pasture, tagging along after
sheep, and made you prince over my
people Israel. I was with you everywhere
you went and mowed your enemies
down before you. Now I’m making you
famous, to be ranked with the great
names on earth. And I’m going to set
aside a place for my people Israel and
plant them there so they’ll have their
own home and not be knocked around
any more. Nor will evil men afflict you
as they always have, even during the
days I set judges over my people Israel.
Finally, I’m going to give you peace from
all your enemies.
11-16 “Furthermore, God has this
message for you: God himself will build
you a house! When your life is complete
and you’re buried with your ancestors,
then I’ll raise up your child, your own
flesh and blood, to succeed you, and
I’ll firmly establish his rule. He will build
a house to honor me, I will guarantee
his kingdom’s rule permanently. I’ll be a
father to him, and he’ll be a son to me.
When he does wrong, I’ll discipline him
in the usual ways, the pitfalls and
obstacles of this mortal life. But I’ll
never remove my gracious love from
him, as I removed it from Saul, who
preceded you and whom I most
certainly did remove. Your family and
your kingdom are permanently secured.
I’m keeping my eye on them! And your
royal throne will always be there, rock
solid.”
———————————————————
LUKE 1:47-55  (UMH 199)
THE MESSAGE (MSG)
The Song of Mary. If you don't hear and feel Mary pregnant with the end of this age and the hope for the coming one in this song, you're not listening or singing her song yet!

I’M BURSTING WITH GOD-NEWS;
I’m dancing the song of my Savior
God.
God took one good look at me, and look
what happened— 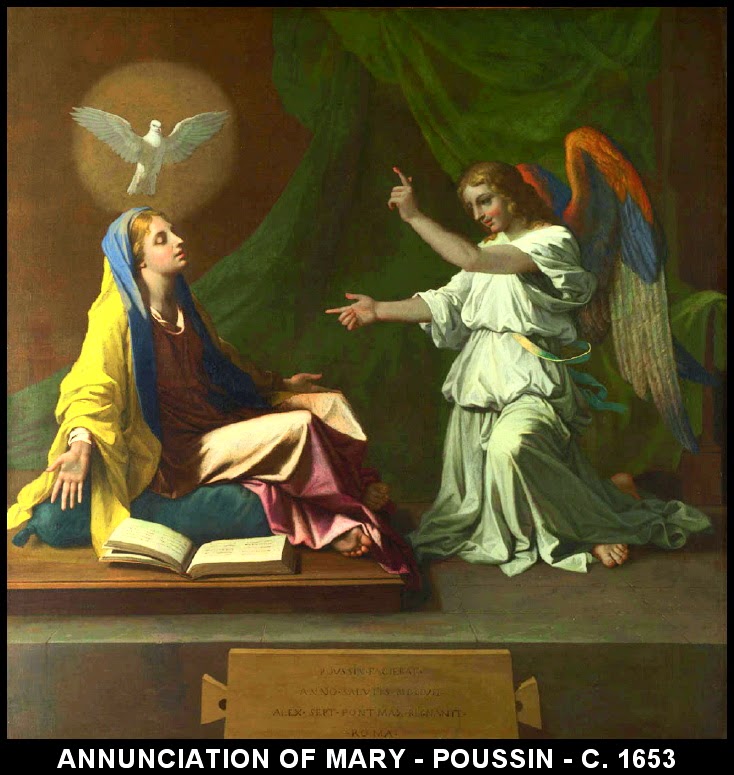 I’m the most fortunate woman on
earth!
What God has done for me will never be
forgotten,
the God whose very name is holy, set
apart from all others.
His mercy flows in wave after wave
on those who are in awe before him.
He bared his arm and showed his
strength,
scattered the bluffing braggarts.
He knocked tyrants off their high horses
pulled victims out of the mud.
The starving poor sat down to a
banquet;
the callous rich were left out in the
cold.
He embraced his chosen child, Israel;
he remembered and piled on the
mercies, piled them high.
It’s exactly what he promised,
beginning with Abraham and right up
to now.
———————————————————
ROMANS 16:25-27
THE MESSAGE (MSG)
A concluding doxology that joins the eternal praise of God for revealing the mystery of salvation intended for the whole world in Jesus Christ.
25-26 All of our praise rises to the One
who is strong enough to make you
strong, exactly as preached in Jesus
Christ, precisely as revealed in the
mystery kept secret for so long but now
an open book through the prophetic
Scriptures. All the nations of the world
can now know the truth and be brought
into obedient belief, carrying out the
orders of God, who got all this started,
down to the very last letter.
27 All our praise is focused through
Jesus on this incomparably wise God!
Yes!
———————————————————
LUKE 1:26-38
THE MESSAGE MSG)
The angel Gabriel announces to Mary that she will become pregnant by God and bear the Son of the Most High whose throne will be eternal. She consents. Do we?
A VIRGIN CONCEIVES
26-28 In the sixth month of Elizabeth’s
pregnancy, God sent the angel Gabriel
to the Galilean village of Nazareth to a
virgin engaged to be married to a man
descended from David. His name was
Joseph, and the virgin’s name, Mary.
Upon entering, Gabriel greeted her:

Good morning!
You’re beautiful with God’s beauty,
Beautiful inside and out!
God be with you.

29-33 She was thoroughly shaken,
wondering what was behind a greeting
like that. But the angel assured her,
“Mary, you have nothing to fear. God
has a surprise for you: You will become
pregnant and give birth to a son and
call his name Jesus.

He will be great,
be called ‘Son of the Highest.’
The Lord God will give him
the throne of his father David;
He will rule Jacob’s house forever—
no end, ever, to his kingdom.” 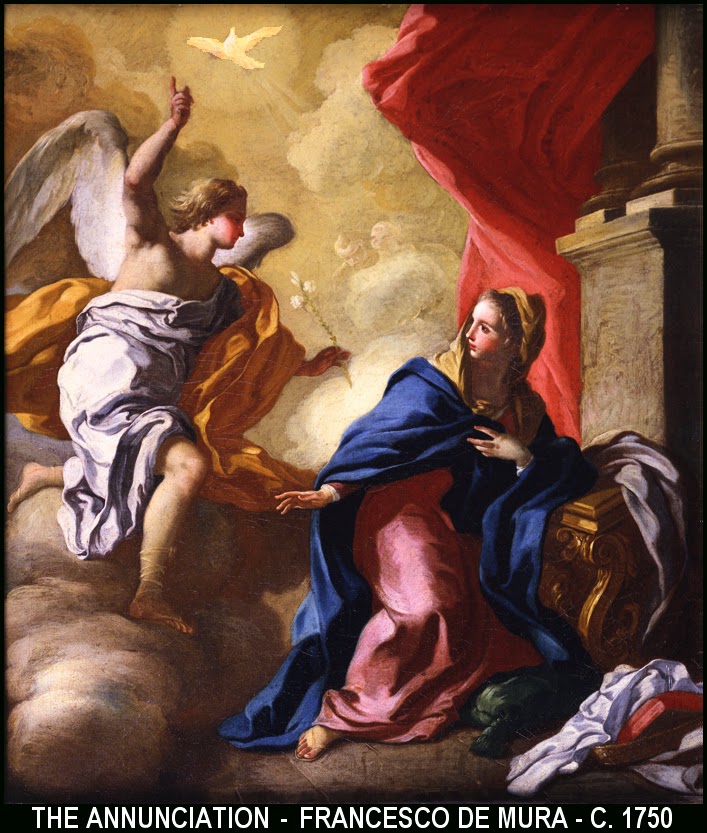 The Holy Spirit will come upon you,
the power of the Highest hover over
you;
Therefore, the child you bring to birth
will be called Holy, Son of God.

36-38 “And did you know that your
cousin Elizabeth conceived a son, old
as she is?  Everyone called her barren,
and here she is six months pregnant!
Nothing, you see, is impossible with
God.” 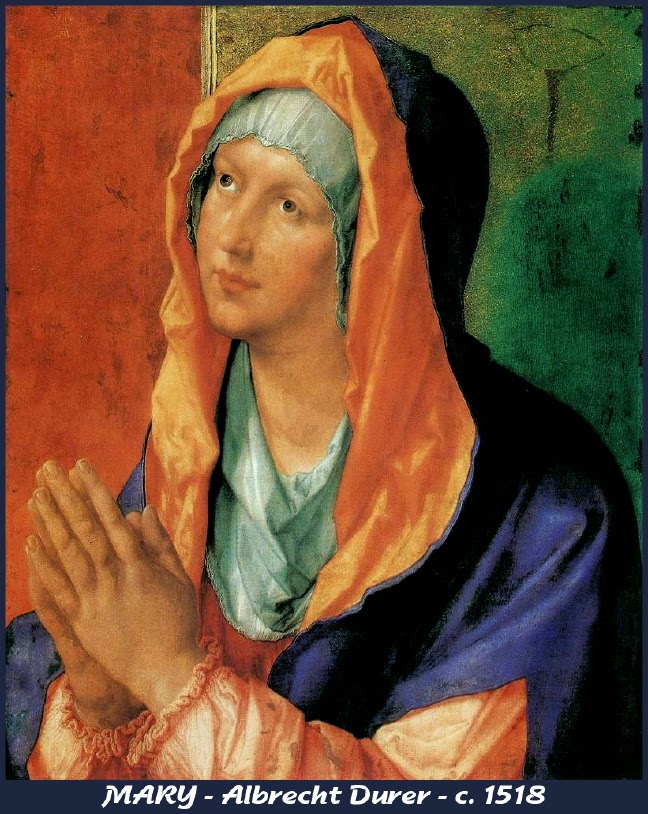 And Mary said,
Yes, I see it all now:
I’m the Lord’s maid, ready to serve.
Let it be with me
just as you say. 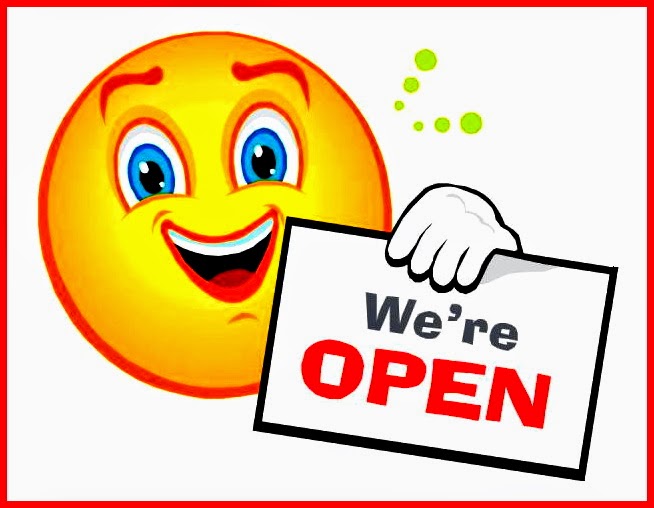 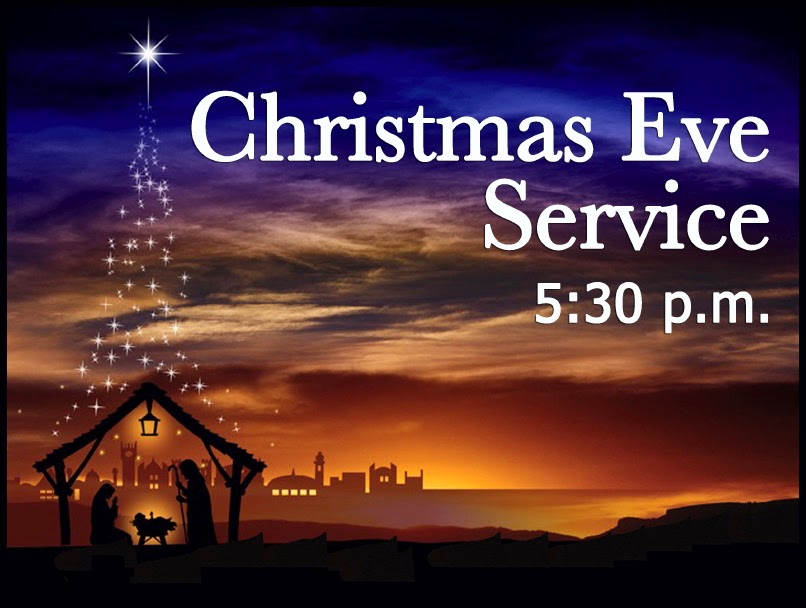 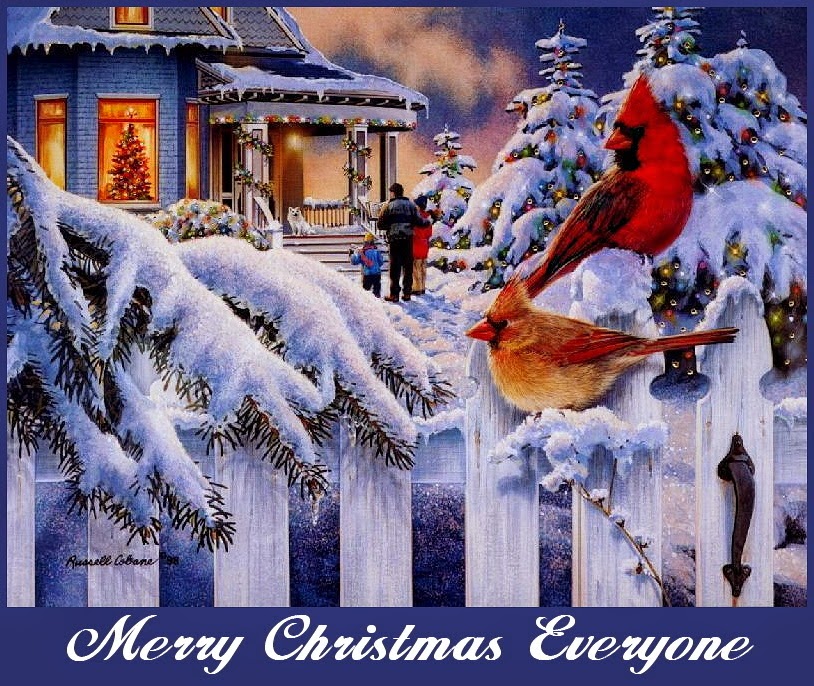