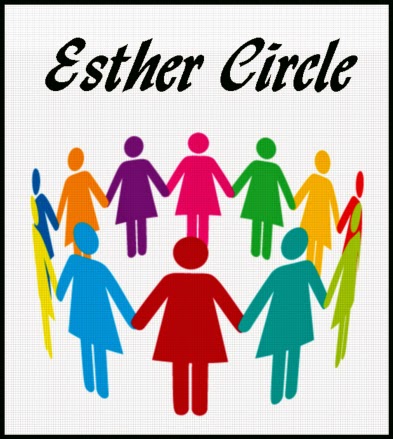 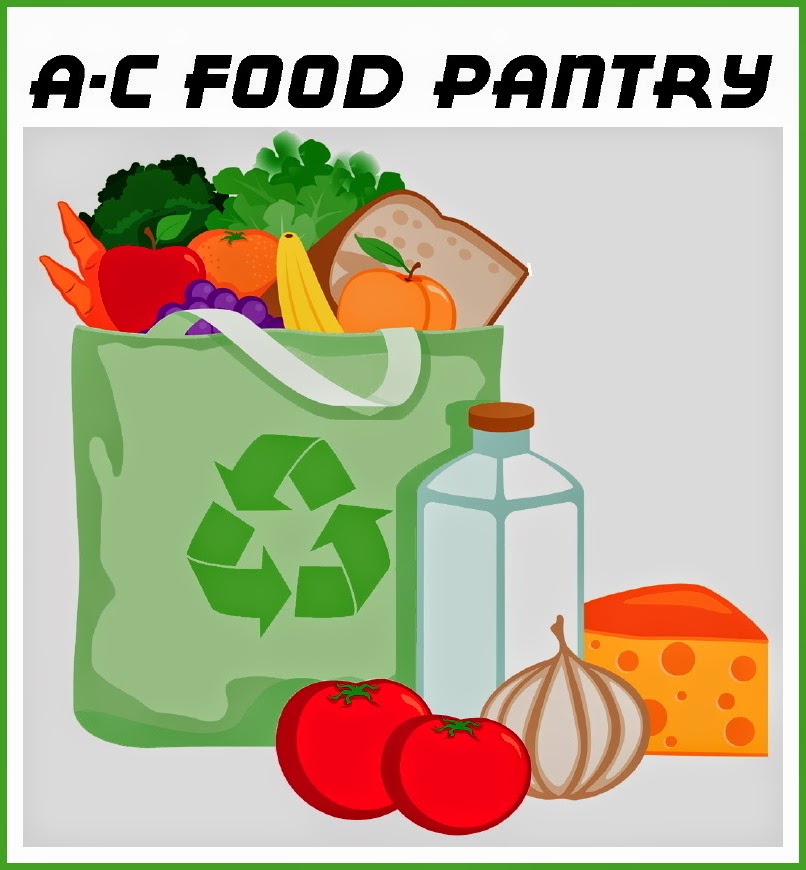 11-14 So they organized them into work-
gangs and put them to hard labor under
gang-foremen. 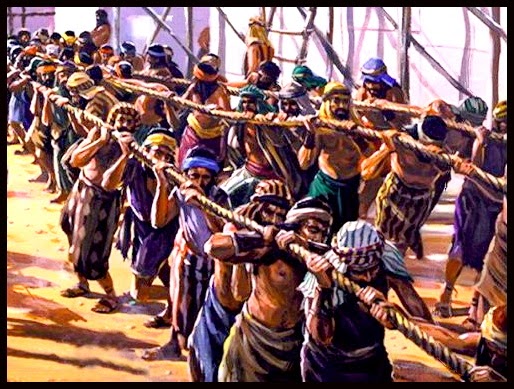 They built the storage cities Pithom and
Rameses for Pharaoh. But the harder
the Egyptians worked them the more
children the Israelites had — children
everywhere! The Egyptians got so they
couldn't stand the Israelites and treated
them worse than ever, crushing them
with slave labor. 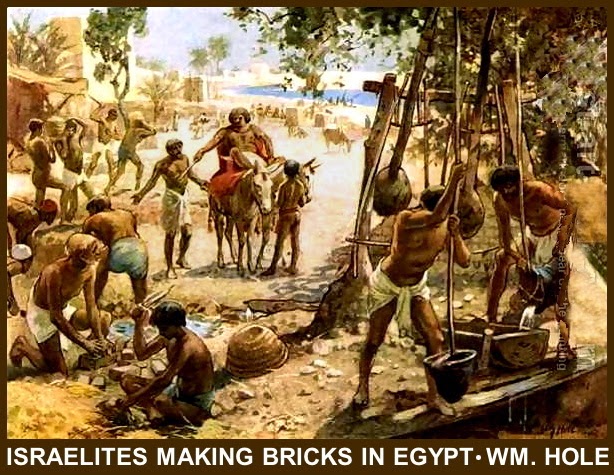 They made them miserable with hard
labor—making bricks and mortar and
back-breaking work in the fields. They
piled on the work, crushing them under
the cruel workload.
15-16 The king of Egypt talked with the
two Hebrew midwives; one was named
Shiphrah and the other Puah. He said,
"When you deliver the Hebrew women,
look at the sex of the baby. If it's a boy,
kill him; if it's a girl, let her live."
17-18 But the midwives had far too much
respect for God and didn't do what the
king of Egypt ordered; they let the boy
babies live. 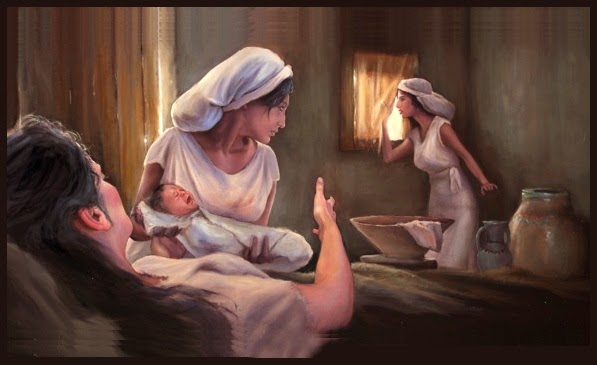 The king of Egypt called in the midwives.
"Why didn't you obey my orders? You've
let those babies live!"
19 The midwives answered Pharaoh, "The
Hebrew women aren't like the Egyptian
women; they're vigorous. Before the
midwife can get there, they've already had
the baby."
20-21 God was pleased with the midwives.
The people continued to increase in
number—a very strong people. Because
the midwives honored God, God gave
them families of their own.
22 So Pharaoh issued a general order to
all his people: "Every boy that is born,
drown him in the Nile. Let the girls live."
————————————————————
PSALM 124 (UMH 846)
THE MESSAGE (MSG)
A PILGRIM SONG OF DAVID
1-5 If God hadn't been for us
—all together now, Israel, sing out!—
If God hadn't been for us
when everyone went against us,
We would have been swallowed alive
by their violent anger,
Swept away by the flood of rage,
drowned in the torrent;
We would have lost our lives
in the wild, raging water.

6 Oh, blessed be God!
He didn't go off and leave us.
He didn't abandon us defenseless,
helpless as a rabbit in a
pack of snarling dogs.

8 God's strong name is our help,
the same God who made
heaven and earth.
————————————————————
ROMANS 12:1-8
THE MESSAGE (MSG)
Against the backdrop of a mixed Jewish -Gentile community, Paul calls for the Christians at Rome to offer themselves fully to God with minds not conformed to a Jewish-Gentile dichotomy/enmity paradigm, but transformed by awareness that we are being made into one body, each of us with different gifts. Christians of whatever background are to live as one body in Christ together.
PLACE YOUR LIFE BEFORE GOD
1-2 So here's what I want you to do, God
helping you: Take your everyday, ordinary
life—your sleeping, eating, going-to-work,
and walking-around life—and place it
before God as an offering. Embracing
what God does for you is the best thing
you can do for him. Don't become so well
adjusted to your culture that you fit into it
without even thinking. Instead, fix your
attention on God. You'll be changed from
the inside out. Readily recognize what he
wants from you, and quickly respond to it.
Unlike the culture around you, always
dragging you down to its level of
immaturity, God brings the best out of you,
develops well-formed maturity in you.

3 I'm speaking to you out of deep
gratitude for all that God has given me,
and especially as I have responsibilities in
relation to you. Living then, as every one
of you does, in pure grace, it's important
that you not misinterpret yourselves as
people who are bringing this goodness to
God. No, God brings it all to you. The only
accurate way to understand ourselves is
by what God is and by what he does for
us, not by what we are and what we do for
him.

4-6 In this way we are like the various
parts of a human body. Each part gets its
meaning from the body as a whole, not
the other way around. The body we're
talking about is Christ's body of chosen
people. Each of us finds our meaning and
function as a part of his body. But as a
chopped-off finger or cut-off toe we
wouldn't amount to much, would we? So
since we find ourselves fashioned into all
these excellently formed and marvelously
functioning parts in Christ's body, let's
just go ahead and be what we were made
to be, without enviously or pridefully
comparing ourselves with each other, or
trying to be something we aren't.

6-8 If you preach, just preach God's
Message, nothing else; if you help, just
help, don't take over; if you teach, stick to
your teaching; if you give encouraging
guidance, be careful that you don't get
bossy; if you're put in charge, don't
manipulate; if you're called to give aid to
people in distress, keep your eyes open
and be quick to respond; if you work with
the disadvantaged, don't let yourself get
irritated with them or depressed by them.
Keep a smile on your face.
————————————————————
MATTHEW 16:13-20
THE MESSAGE (MSG)
In a stronghold of Roman authority, Jesus asks the disciples whom others say he is. Peter confesses, "You are the Messiah, the Son of the living God." Jesus then calls Peter and the church in which he
will eventually lead, to storm the gates of death, assured of victory, and to take authority to "bind and loose" on earth.
SON OF MAN, SON OF GOD
13 When Jesus arrived in the villages of
Caesarea Philippi, he asked his disciples,
"What are people saying about who the
Son of Man is?"

14 They replied, "Some think he is John
the Baptizer, some say Elijah, some
Jeremiah or one of the other prophets." 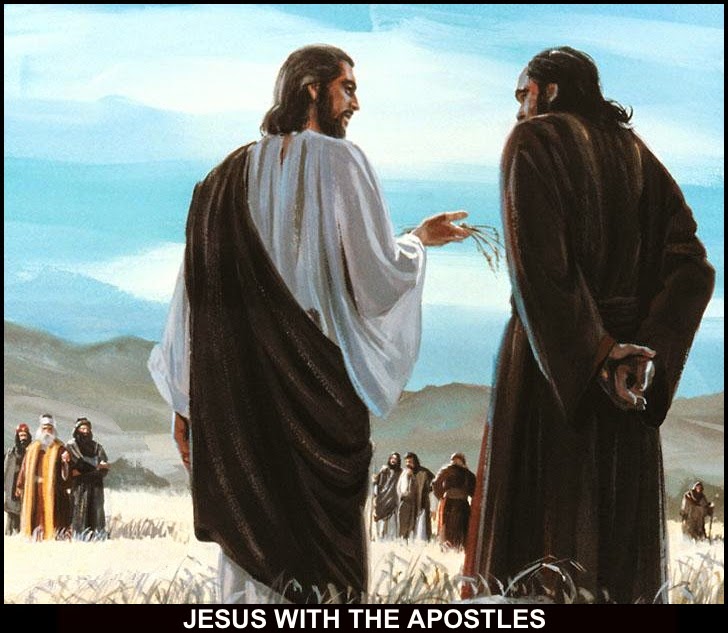 16 Simon Peter said, "You're the Christ,
the Messiah, the Son of the living God."

17-18 Jesus came back, "God bless you,
Simon, son of Jonah! You didn't get that
answer out of books or from teachers. My
Father in heaven, God himself, let you in
on this secret of who I really am. And now
I'm going to tell you who you are, really
are. You are Peter, a rock. This is the rock
on which I will put together my church, a
church so expansive with energy that not
even the gates of hell will be able to keep
it out.

19 "And that's not all. You will have
complete and free access to God's
kingdom, keys to open any and every
door: no more barriers between heaven
and earth, earth and heaven. A yes on
earth is yes in heaven. A no on earth is no
in heaven."

20 He swore the disciples to secrecy. He
made them promise they would tell no one
that he was the Messiah.
————————————————————
Happy Birthday Amber McClain!
————————————————————
• 0079 - Mount Vesuvius erupted killing
approximately 20,000 people. The cities
of Pompeii, Stabiae and Herculaneum
were buried in volcanic ash.
• 0410 - The Visigoths overran Rome. This
event symbolized the fall of the Western
Roman Empire.
• 1456 - Printing of the Gutenberg Bible
was completed.
• 1572 - The Catholics began the slaughter
of the French Protestants in Paris.This war
claimed about 70,000 people.
• 1814 - Washington, DC, was invaded by
British forces that set fire to the White
House and Capitol.  Among the casualties
of the destruction of the Capitol was the
Library of Congress.  The entire 3,000
volume collection was destroyed.
Less than a day after the attack began, a
sudden heavy thunderstorm put out most
of the fires. The storm forced the British
troops to return to their ships, many of
which were badly damaged. The British
occupation of Washington lasted less than
26 hours.
• 1949 - North Atlantic Treaty Organization
(NATO) went into effect. The agreement
was that an attack against one of the
parties would be considered "an attack
against them all."
• 1959 - Three days after Hawaiian
statehood, Hiram L. Fong was sworn in as
the first Chinese-American U.S. senator
while Daniel K. Inouye was sworn in as the
first Japanese-American U.S.
representative.
• 2001 - Remains of nine American
servicemen killed during the Korean War
(1950-53) are returned home to the United
States.
≈≈≈≈≈≈≈≈≈≈≈≈≈≈≈≈≈≈≈≈≈≈≈≈≈≈≈≈≈≈≈≈≈≈≈≈≈
MONDAY, AUGUST 25TH —
Office is closed today.
NEW BEGINNINGS OPEN BIBLE CHURCH
• Guest Day hosted by the women of New
Beginnings Open Bible Church:
Monday, August 25th- 9:30-11:00 A.M. at
the Saint's center in Stuart, IA (lower level).
Special Speaker Dina Petrou from Greece.
(Founder of House of Damaris, a Christian
safe house for victims of people trafficking
and prostitution).
Limited seating - please RSVP.
Contact Donna Baker at 712-330-1620 or
Mary Porter at 641-332-2550
———————————————————— 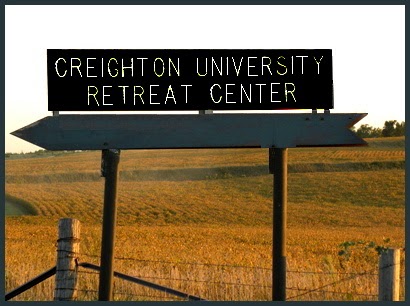 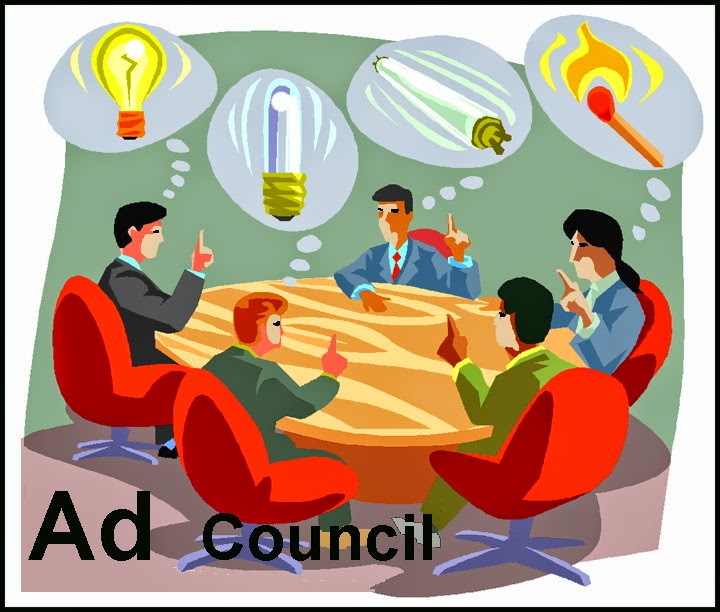 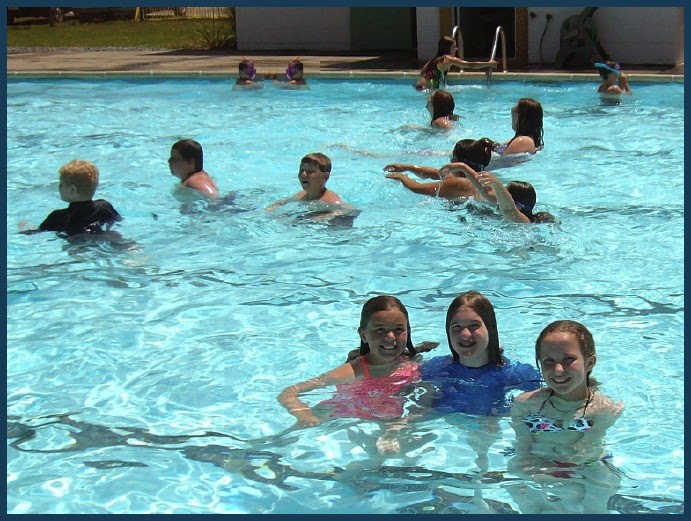 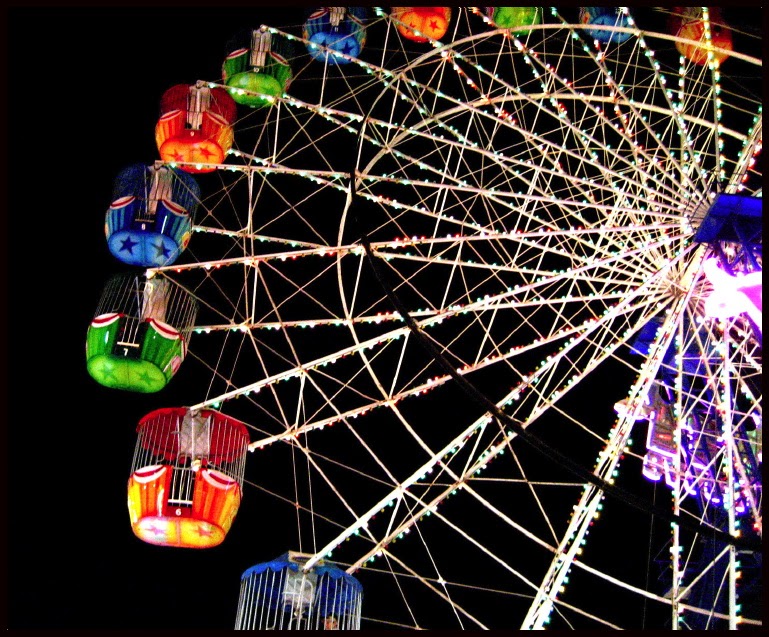 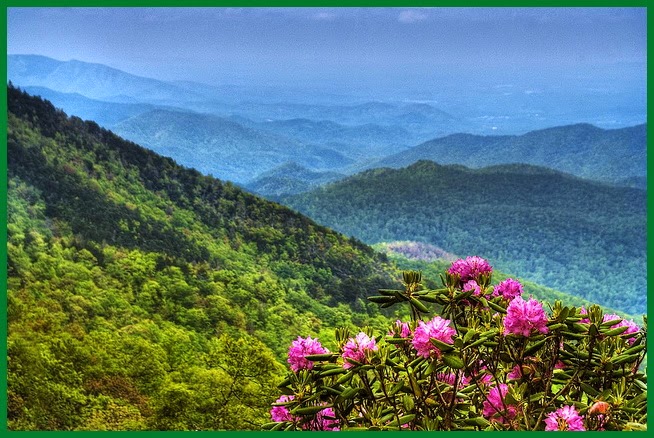 I hope you had a great summer and did
some of your own favorite vacationing.