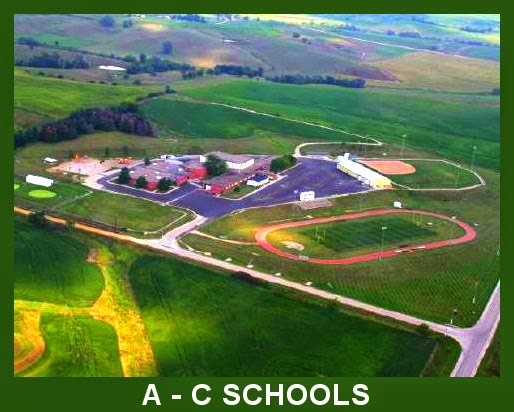 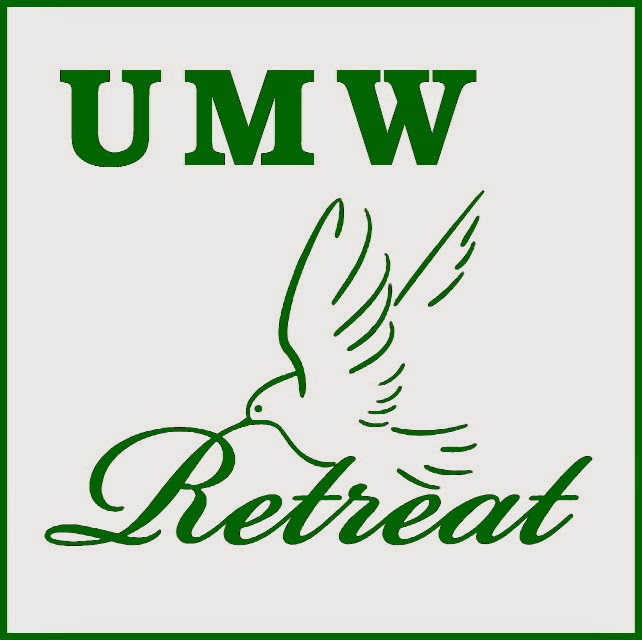 Adair U.M.W. Retreat will be held in Anita
State Park at 9 A.M. 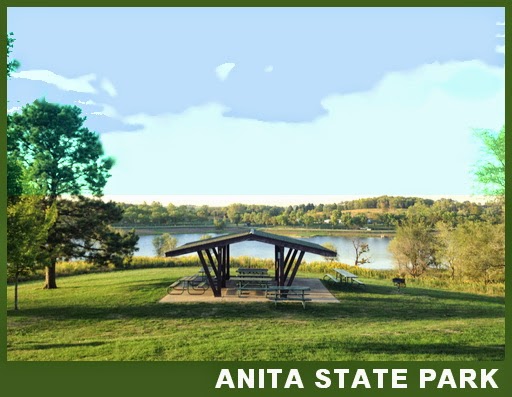 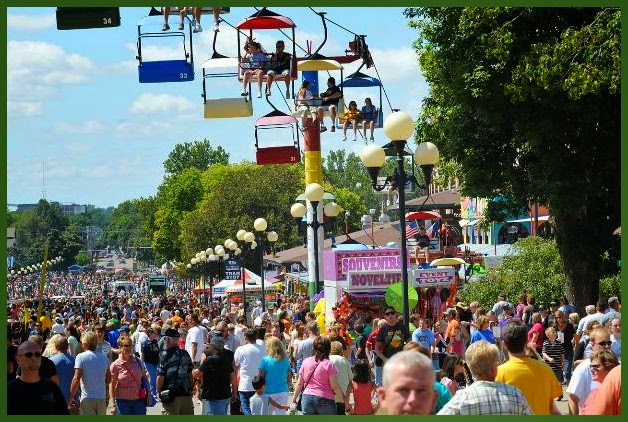 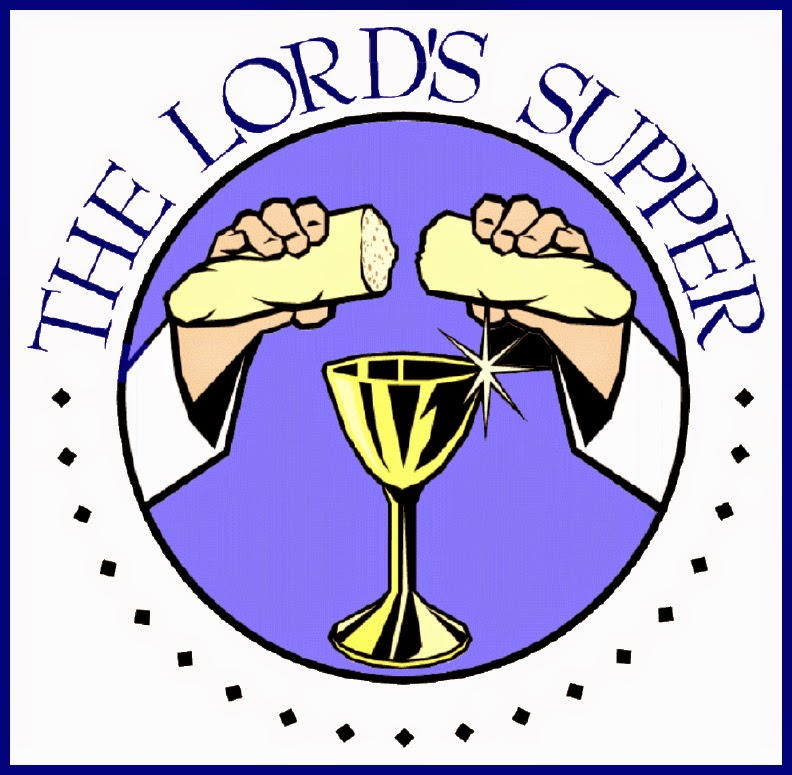 WE HAVE HOLY COMMUNION TODAY
—   —   —   —   —   —   —   —   —   —   —
Happy Anniversary —
Sam and Sherry Carney!
————————————————————
SCRIPTURE READINGS —
————————————————————
GENESIS 37:1-4, 12-28
THE MESSAGE (MSG)
Genesis brings us now to the story of the fourth generation of the patriarchs (Abraham, Isaac, Jacob, Jacob’s children)Sibling rivalry moves from murderous intent to economic gain as Joseph's brothers sell him into slavery.  We see Jacob here giving. He gives favor and an extraordinary coat to his youngest son, Joseph.  Joseph, the youngest, the only son of Rachel, Jacob’s favored, younger wife, is the recipient of much favor which begins a “new tradition” of God’s people.A jealousy among his older brothers causes Joseph to be sold into slavery.
1 Meanwhile Jacob had settled down
where his father had lived, in the land of
Canaan.
JOSEPH AND HIS BROTHERS
2 This is the story of Jacob. The story
continues with Joseph, seventeen years
old at the time, helping out his brothers in
herding the flocks. These were his half
brothers actually, the sons of his father's
wives Bilhah and Zilpah.  And Joseph
brought his father bad reports on them.
3-4 Israel loved Joseph more than any of
his other sons because he was the child
of his old age. And he had made him an
elaborately embroidered coat. 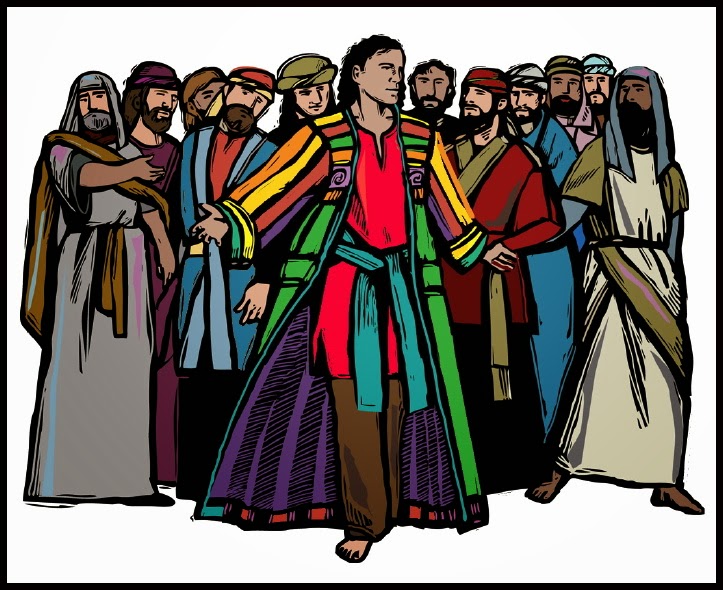 When his brothers realized that their
father loved him more than them, they
grew to hate him — they wouldn't even
speak to him.
GENESIS 37:12-28
12-13 His brothers had gone off to
Shechem where they were pasturing their
father's flocks.  Israel said to Joseph,
"Your brothers are with the flocks in
Shechem. Come, I want to send you to
them."
Joseph said, "I'm ready."
14 He said, "Go and see how your
brothers and the flocks are doing and
bring me back a report." He sent him off
from the valley of Hebron to Shechem.

15 A man met him as he was wandering
through the fields and asked him, "What
are you looking for?"

16 "I'm trying to find my brothers. Do you
have any idea where they are grazing
their flocks?" 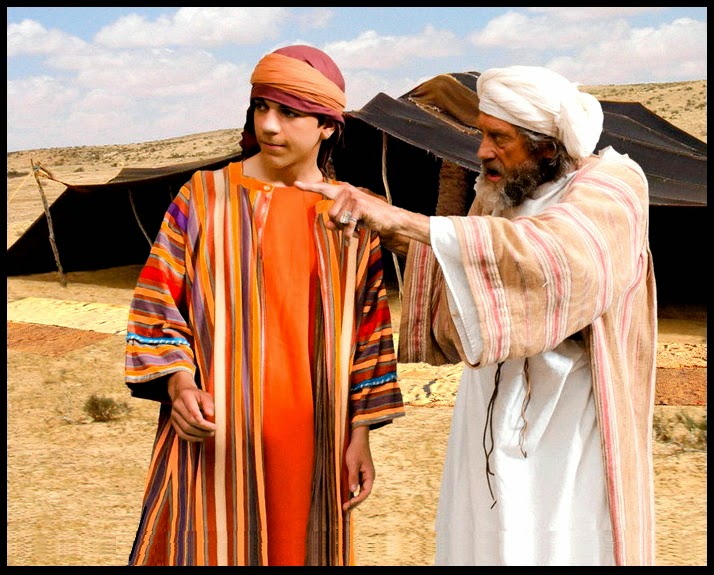 17 The man said, "They've left here, but I
overheard them say, 'Let's go to Dothan.'"
So Joseph took off, tracked his brothers
down, and found them in Dothan.

18-20 They spotted him off in the distance.
By the time he got to them they had
cooked up a plot to kill him. The brothers
were saying, "Here comes that dreamer.
Let's kill him and throw him into one of
these old cisterns; we can say that a
vicious animal ate him up. We'll see what
his dreams amount to." 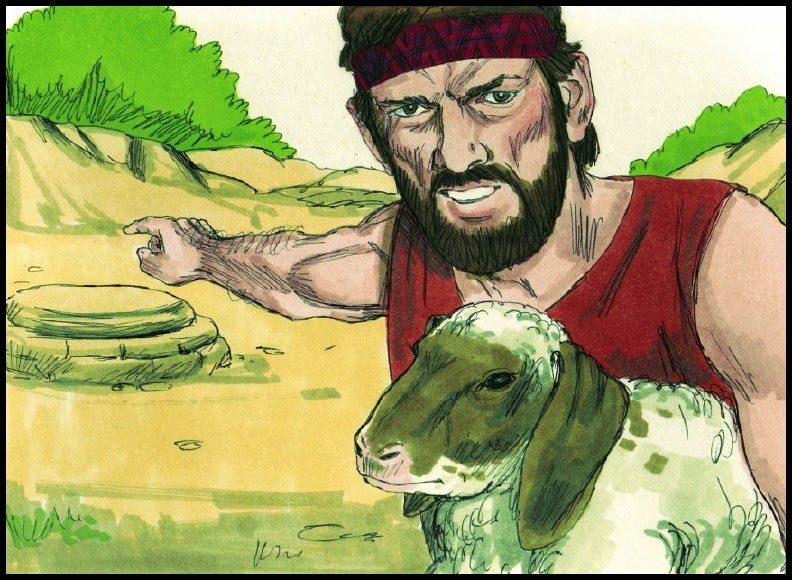 21-22 Reuben heard the brothers talking
and intervened to save him, "We're not
going to kill him. No murder. Go ahead
and throw him in this cistern out here in
the wild, but don't hurt him." Reuben
planned to go back later and get him out
and take him back to his father.

23-24 When Joseph reached his brothers,
they ripped off the fancy coat he was
wearing, grabbed him, and threw him into
a cistern. The cistern was dry; there
wasn't any water in it. 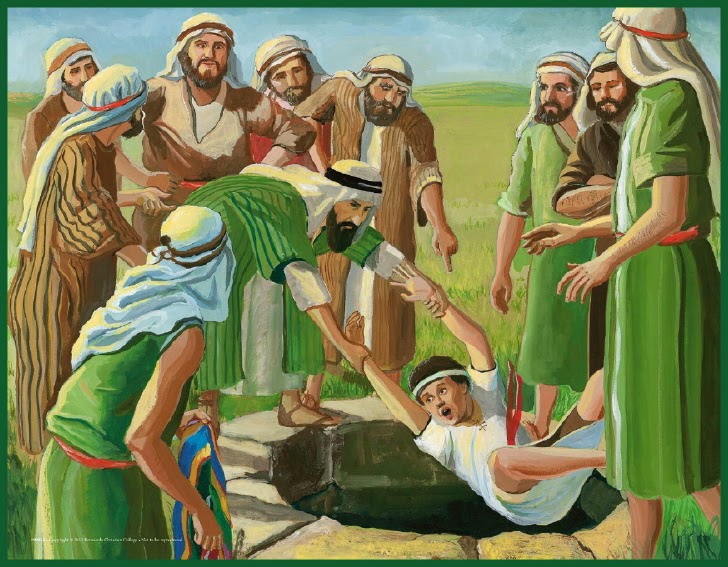 25-27 Then they sat down to eat their
supper. Looking up, they saw a caravan
of Ishmaelites on their way from Gilead,
their camels loaded with spices,
ointments, and perfumes to sell in Egypt.
Judah said, "Brothers, what are we going
to get out of killing our brother and
concealing the evidence? Let's sell him
to the Ishmaelites, but let's not kill him—
he is, after all, our brother, our own flesh
and blood." His brothers agreed. 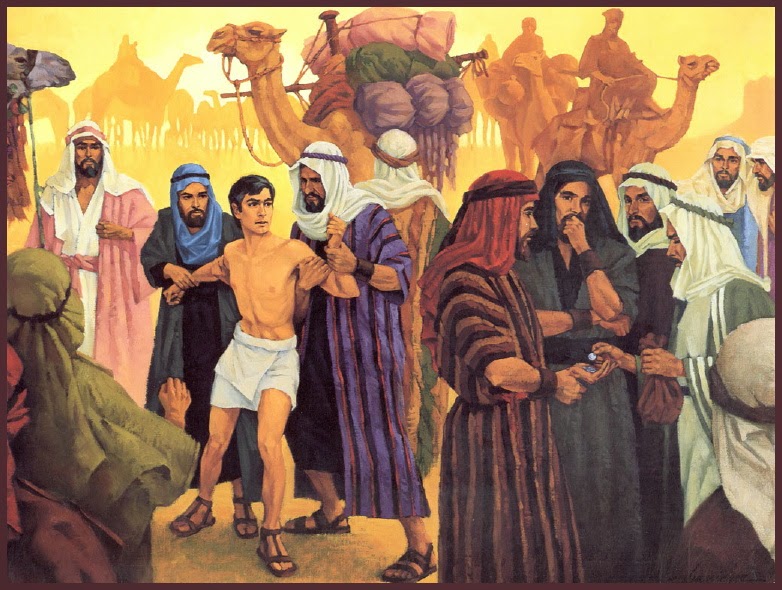 28 By that time the Midianite traders were
passing by. His brothers pulled Joseph
out of the cistern and sold him for twenty
pieces of silver to the Ishmaelites who
took Joseph with them down to Egypt.
————————————————————
PSALM 105:1–6
THE MESSAGE (MSG)
Hallelujah! Thank God! Pray to him by
name!
Tell everyone you meet what he has
done!
Sing him songs, belt out hymns,
translate his wonders into music!
Honor his holy name with Hallelujahs,
you who seek God. Live a happy life!
Keep your eyes open for God, watch for
his works;
be alert for signs of his presence.
Remember the world of wonders he
has made,
his miracles, and the verdicts he's
rendered—
O seed of Abraham, his servant,
O child of Jacob, his chosen.
————————————————————
ROMANS 10:5-15
THE MESSAGE (MSG)
The connections between hearing,
believing, confessing and calling upon the
name of Jesus as Lord for salvation.
4-10 The earlier revelation was intended
simply to get us ready for the Messiah,
who then puts everything right for those
who trust him to do it. Moses wrote that
anyone who insists on using the law code
to live right before God soon discovers
it's not so easy—every detail of life
regulated by fine print! But trusting God
to shape the right living in us is a
different story— no precarious climb up
to heaven to recruit the Messiah, no
dangerous descent into hell to rescue the
Messiah. So what exactly was Moses
saying?

The word that saves is right here,
as near as the tongue in your mouth,
as close as the heart in your chest.
It's the word of faith that welcomes God to
go to work and set things right for us.This
is the core of our preaching. Say the
welcoming word to God—"Jesus is my
Master"—embracing, body and soul,
God's work of doing in us what he did
in raising Jesus from the dead. That's
it. You're not "doing" anything; you're
simply calling out to God, trusting him
to do it for you. That's salvation. With
your whole being you embrace God
setting things right, and then you say
it, right out loud: "God has set every-
thing right between him and me!"

11-13 Scripture reassures us, "No one
who trusts God like this—heart and soul
—will ever regret it." It's exactly the same
no matter what a person's religious back-
ground may be: the same God for all of
us, acting the same incredibly generous
way to everyone who calls out for help.
"Everyone who calls, 'Help, God!' gets
help."

14-17 But how can people call for help if
they don't know who to trust? And how
can they know who to trust if they haven't
heard of the One who can be trusted? And
how can they hear if nobody tells them?
And how is anyone going to tell them,
unless someone is sent to do it? That's
why Scripture exclaims,

A sight to take your breath away!
Grand processions of people
telling all the good things of God!
But not everybody is ready for this, ready
to see and hear and act. Isaiah asked
what we all ask at one time or another:
"Does anyone care, God? Is anyone
listening and believing a word of it?" The
point is: Before you trust, you have to
listen. But unless Christ's Word is
preached, there's nothing to listen to.
————————————————————
MATTHEW 14:22-33
THE MESSAGE (MSG)
The disciples have fed, dismissed and
gathered 12 baskets full of leftovers from
the 500 plus crowd. Now Jesus sends
them into a boat to cross the Sea of
Galilee to the other shore while he
himself went into the mountains to get
some time for prayer.   Jesus frightens
the disciples when he walks toward them
on the stormy sea. He tells them not to be
afraid. Peter walks toward him and sinks,
only to be lifted by Jesus. The disciples
declare Jesus to be the Son of God.
WALKING ON THE WATER
22-23 As soon as the meal was finished,
he insisted that the disciples get in the
boat and go on ahead to the other side
while he dismissed the people. With the
crowd dispersed, he climbed the mountain
so he could be by himself and pray. He
stayed there alone, late into the night.

24-26 Meanwhile, the boat was far out to
sea when the wind came up against them
and they were battered by the waves. At
about four o'clock in the morning, Jesus
came toward them walking on the water. 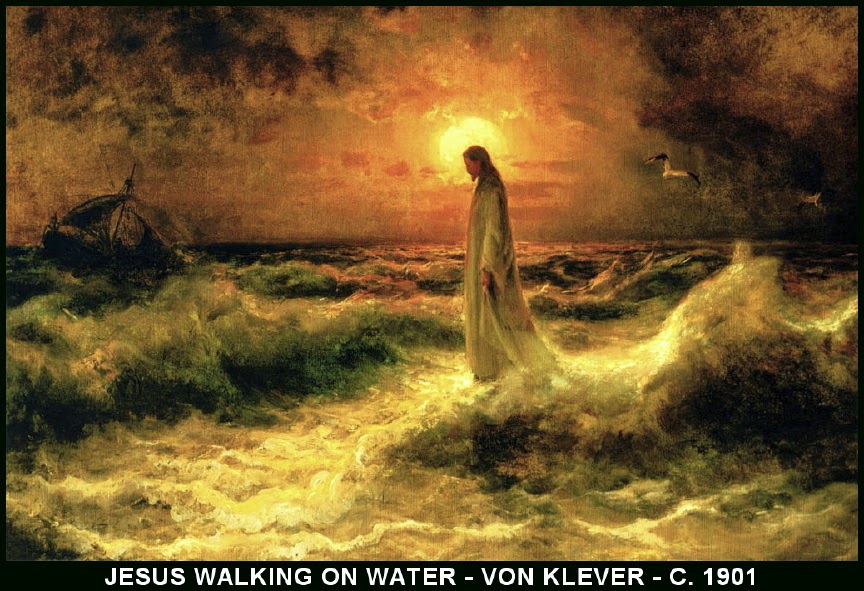 They were scared out of their wits. "A
ghost!" they said, crying out in terror.

28 Peter, suddenly bold, said, "Master, if
it's really you, call me to come to you on
the water."

Jumping out of the boat, Peter walked on
the water to Jesus. But when he looked
down at the waves churning beneath his
feet, he lost his nerve and started to sink.
He cried, "Master, save me!" 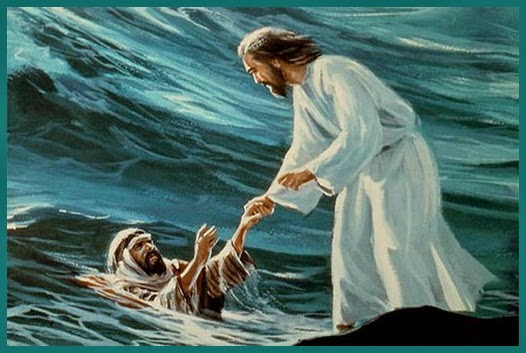 31 Jesus didn't hesitate. He reached down
and grabbed his hand. Then he said,
"Faint-heart, what got into you?" 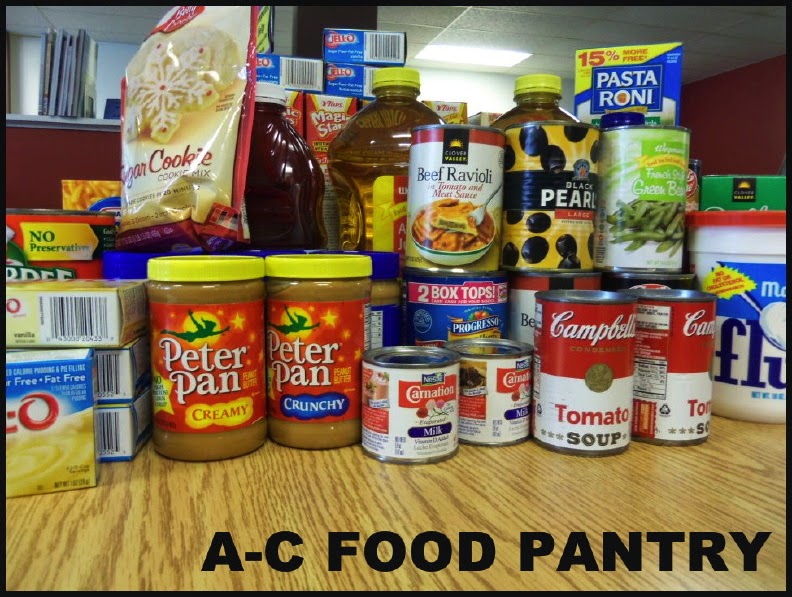 • AUGUST 25TH —
CLERGY DAY APART
CREIGHTON UNIVERSITY
RETREAT CENTER
GRISWOLD, IOWA
————————————————————
There is always considerable work to be
done behind the scenes of any event and
we are grateful to have you jump in where
ever you find an opening.
Thank you for jumping.
God Bless and Keep You,
Donna
Posted by Pastor Melodee Carstens