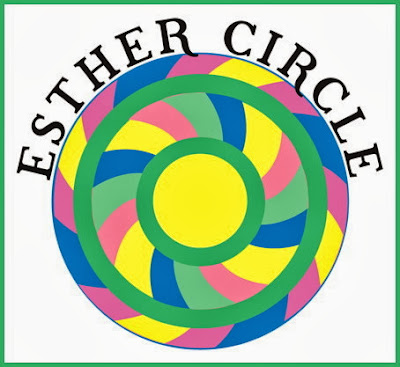 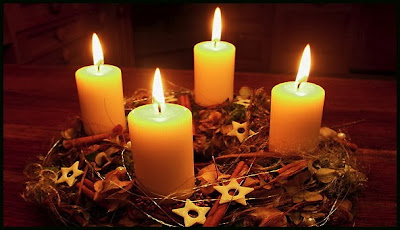 On this fourth Sunday of Advent, we pause
to remember the promise and the peculiar
circumstances around the birth of Jesus.
On this day, as we build a bridge from the
waiting of Advent to the celebratory
contemplation of the Incarnation during
Christmas Season, our readings do not let
us rest with any self-made image of God.
This is the One who has come to us in
Jesus, abides with us in the Holy Spirit,
and will come again to make all things new. 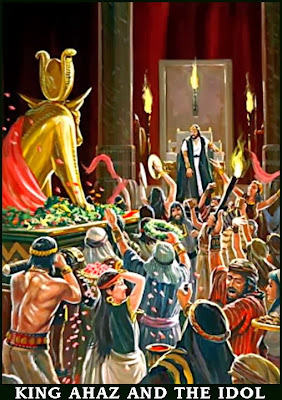 He ignored the many remonstrances and
warnings of the prophets Isaiah, Hosea,
and Micah.
Ahaz, king of Israel, lived in a "bunker
mentality." He is hunkered down in wary
fear of what Kings of Syria might do next,
and even in fear of what God would do if
he dared to ask for help.
Ahaz did ask for help of Tiglath-Pileser III,
the king of Assyria. Tiglath-Pileser sacked
Damascus and annexed Aram.
Tiglath-Pileser then attacked Israel and
took Gilead and Galilee. 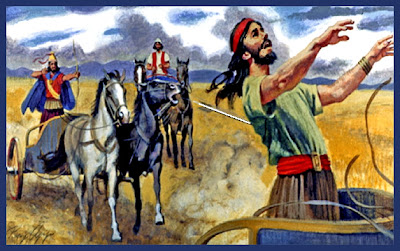 Ahaz died at the age of 36 and was then
succeeded by his son, Hezekiah.
Following Ahaz's death, his son Hezekiah
commissioned the priests and Levites to
open and repair the doors of the Temple.
Removing the defilements of the sanctuary
took 16 days.
The good news offered through the prophet
was that God is already at work to eliminate
fear over the course of the next few years.
Soon Syria would no longer be a threat to
Israel at all.  The help would unfold, just as
surely as the child will grow and mature
to a point of being able to make ethical
decisions.
10-11 God spoke again to Ahaz. This time
he said, "Ask for a sign from your God.
Ask anything. Be extravagant. Ask for the
moon!"
12 But Ahaz said, "I'd never do that. I'd
never make demands like that on God!"
13-17 So Isaiah told him, "Then listen to
this, government of David! It's bad enough
that you make people tired with your pious,
timid hypocrisies, but now you're making
God tired. So the Master is going to give
you a sign anyway. Watch for this: A girl
who is presently a virgin will get pregnant.
She'll bear a son and name him Immanuel
(God-With-Us). By the time the child is
twelve years old and able to make moral
decisions, the threat of war will be over.
Relax, those two kings that have you so
worried will be out of the picture. But also
be warned: God will bring on you and your
people and your government a judgment
worse than anything since the time the
kingdom split, when Ephraim left Judah.
The king of Assyria is coming!"
————————————————————
PSALM 80:1-7, 17-19
THE MESSAGE (MSG)
AN ASAPH PSALM
1-2  Listen, Shepherd, Israel's Shepherd -
get all your Joseph sheep together.
Throw beams of light
from your dazzling throne
So Ephraim, Benjamin, and Manasseh
can see where they're going.
Get out of bed — you have slept long
enough!
Come on the run before it's too late.
3  God, come back!
Smile your blessing smile:
That will be our salvation. 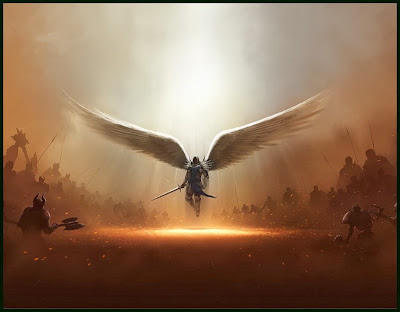 4-6  God, God-of-the-Angel-Armies,
how long will you smolder like a
sleeping volcano
while your people call for fire and
brimstone?
You put us on a diet of tears,
bucket after bucket of salty tears to
drink.
You make us look ridiculous to our
friends;
our enemies poke fun day after day.
7 God-of-the-Angel-Armies, come back!
Smile your blessing smile:
That will be our salvation.

8-18 Remember how you brought a young
vine from Egypt, 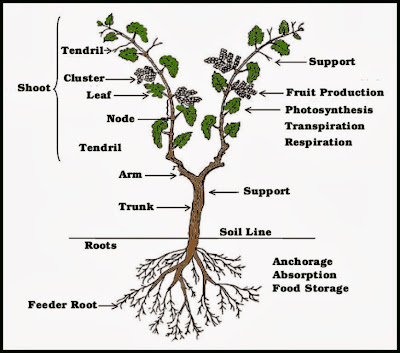 cleared out the brambles and briers
and planted your very own vineyard?
You prepared the good earth,
you planted her roots deep;
the vineyard filled the land. 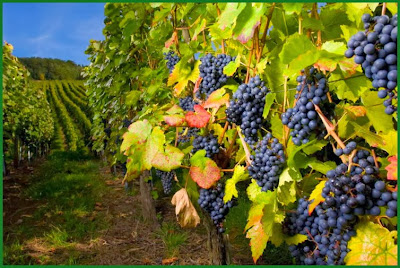 Your vine soared high and shaded the
mountains,
even dwarfing the giant cedars.
Your vine ranged west to the Sea,
east to the River.
So why do you no longer protect your
vine?
Trespassers pick its grapes at will;
Wild pigs crash through and crush it,
and the mice nibble away at what's left.
God-of-the-Angel-Armies, turn our way!
Take a good look at what's happened
and attend to this vine.
Care for what you once tenderly planted
— the vine you raised from a shoot.
And those who dared to set it on fire—
give them a look that will kill!
Then take the hand of your once-favorite
child,
the child you raised to adulthood.
We will never turn our back on you;
breathe life into our lungs so we can
shout your name!
19 God, God-of-the-Angel-Armies, come
back!
Smile your blessing smile:
That will be our salvation.
————————————————————
ROMANS 1:1-7
THE MESSAGE (MSG)
Paul introduces himself and his ministry
to the home churches in Rome.  The
purpose is to establish his credentials for
addressing these churches.  Instead of a
résumé, Paul spends most of his time
talking about the good news about God he
has been entrusted to share.  The power
of the Son was not made known through
earthly warfare or kingship, but through
resurrection from the dead.  And this God,
Paul says, has called him to lead people
everywhere to the "obedience of faith",
which is to say, faithful discipleship to
Jesus Christ. 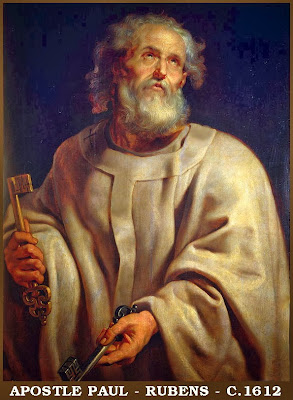 1 I, Paul, am a devoted slave of Jesus
Christ on assignment, authorized as an
apostle to proclaim God's words and acts.
I write this letter to all the believers in
Rome, God's friends.
2-7 The sacred writings contain preliminary
reports by the prophets on God's Son. His
descent from David roots him in history;
his unique identity as Son of God was
shown by the Spirit when Jesus was raised
from the dead, setting him apart as the
Messiah, our Master. Through him we
received both the generous gift of his life
and the urgent task of passing it on to
others who receive it by entering into an
obedient trust in Jesus. You are who you
are through this gift and call of Jesus
Christ! And I greet you now with all the
generosity of God our Father and our
Master Jesus, the Messiah.
————————————————————
MATTHEW 1:18-25
THE MESSAGE (MSG)
Matthew tells the story surrounding the
pregnancy of Mary and the difficulties it
posed for her relationship with her finance,
Joseph.  Uncertainties and threats abound
in this story. Joseph’s reputation is on the
line. So is Mary’s reputation, and even her
life.   Whatever Joseph decides to do will
determine the future of the unborn child.
THE BIRTH OF JESUS
18-19 The birth of Jesus took place like
this. His mother, Mary, was engaged to be
married to Joseph. Before they came to
the marriage bed, Joseph discovered she
was pregnant. (It was by the Holy Spirit,
but he didn't know that.)Joseph, chagrined
but noble, determined to take care of
things quietly so Mary would not be
disgraced.
20-23 While he was trying to figure a way
out, he had a dream. God's angel spoke in
the dream: "Joseph, son of David, don't
hesitate to get married. Mary's pregnancy
is Spirit-conceived. God's Holy Spirit has
made her pregnant. She will bring a son to
birth, and when she does, you, Joseph,
will name him Jesus—'God saves'—
because he will save his people from their
sins." This would bring the prophet's
embryonic sermon to full term:

Watch for this—a virgin will get pregnant
and bear a son;
They will name him Immanuel (Hebrew for
"God is with us").

24-25 Then Joseph woke up. He did exactly
what God's angel commanded in the dream:
He married Mary. But he did not
consummate the marriage until she had
the baby. He named the baby Jesus. 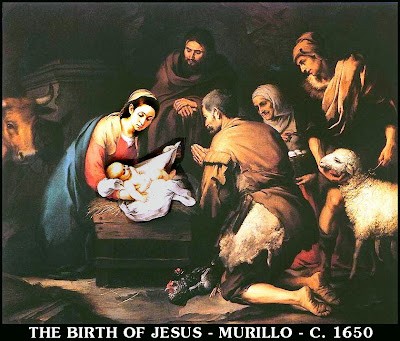 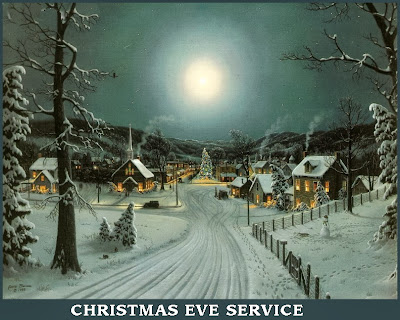 We will have Holy Communion this night.
————————————————————
• 1814 - The War of 1812 between the U.S.
and England was ended with the signing
of the Treaty of Ghent in Belgium.
• 1818 - Franz Gruber of Oberndorf,
Germany composed the music for the
song "Silent Night" to words written by
Josef Mohr.
• 1851 - A fire devastated the Library of
Congress in Washington, DC, destroying
about 35,000 volumes.
• 1865 - Some veterans of the Confederate
Army formed a private social club in
Pulaski, TN, called the Ku Klux Klan.
• 1914 - In World War I, the first air raid on
England was made when a German airplane
dropped a bomb on the grounds of the
rectory in Dover.
• 1943 - U.S. President Franklin Roosevelt
appointed Gen. Dwight D. Eisenhower as
supreme commander of Allied forces in
Operation Overlord.
• 1944 - A German submarine torpedoed a
Belgian transport ship, S.S. Leopoldville
with 2,235 soldiers aboard. 800 American
soldiers died. The soldiers were crossing
the English Channel to be reinforcements
at the battle that become known as the
Battle of the Bulge.
≈≈≈≈≈≈≈≈≈≈≈≈≈≈≈≈≈≈≈≈≈≈≈≈≈≈≈≈≈≈≈≈≈≈≈≈≈
WEDNESDAY, DECEMBER 25TH  —
THE OFFICE IS CLOSED TODAY.
• MERRY CHRISTMAS EVERYONE! 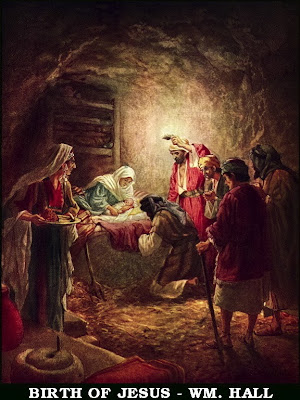 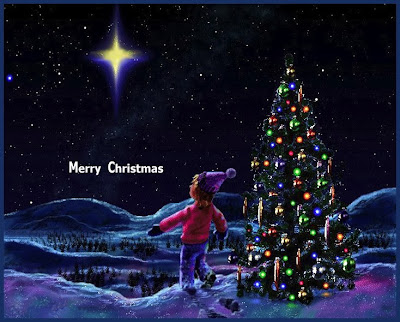 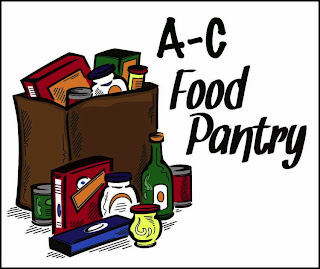 • BREAKFAST WILL BE SERVED
————————————————————
• 1065 - In England, Westminster Abbey
was consecrated.
• 1732 - "The Pennsylvania Gazette," owned
by Benjamin Franklin, ran an ad for the first
issue of "Poor Richard’s Almanac."
• 1836 - Mexico's independence was
recognized by Spain.
• 1846 - Iowa became the 29th state to be
admitted to the Union.
• 1879 - In Dundee, Scotland the central
portion of the Tay Bridge collapsed as a
train passed over it. 75 people were killed.
• 1908 - The city of Messina in Sicily was
almost entirely destroyed by earthquake
and associated tsunami this morning.  It
killed about 75,000 people and destroyed
most of the ancient architecture.
• 1945 - The U.S. Congress officially
recognized the "Pledge of Allegiance."
≈≈≈≈≈≈≈≈≈≈≈≈≈≈≈≈≈≈≈≈≈≈≈≈≈≈≈≈≈≈≈≈≈≈≈≈≈
UPDATE ON CHRISTMAS MALL —
“A BIG THANK YOU to all the awesome
help we had this year: all the donations we
received, the help setting up the fellowship
hall after church, unpacking and then
displaying all the presents on December
5th and 6th.  Thank you to those of you
who brought snacks, helped in the kitchen,
helped the little shoppers, and wrapped
gifts.  Thank you to all who sorted through
and packed up the left over gifts on
December 16th and 17th.
We will use these next year and send some
of them to a “better” home in Atlantic.

I hear the Food Pantry was very well used
this month and indeed, ran out of food.  We
are exceedingly pleased that this has now
become a valuable asset in our community.
It is a wonderful thing, but it does not
function by itself.  A huge THANK YOU to
all who have worked so hard to keep this in
operation. 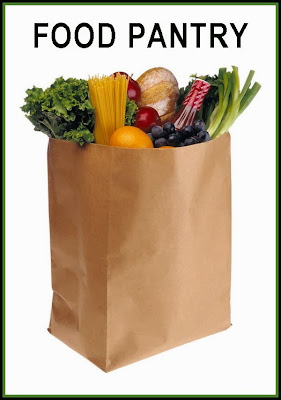 Remember our fellow citizens of earth who
were victims of the typhoon in the central
Philippines.  I read that there are about
6,000 confirmed dead. Those who survived
will have a very long hard struggle. 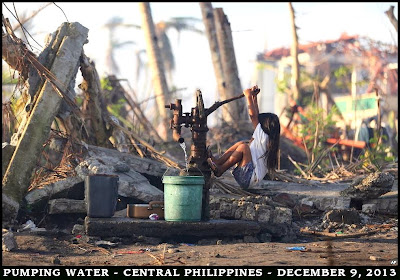 ————————————————————
We have seen a tiny glimpse of the vast,
enormous, positive impact Nelson Mandela
had on his country and indeed, on planet
earth.  This month the world lost him at the
age of 95.  He went from spending 27 years
in prison to being the leader of his country.
I dare say few of us would have the positive
energy and the constitution to rise so high
from so low.
Through it all he said he never lost faith.
When he was beaten and starved, and
promised a life in prison, he did not loose
his faith. 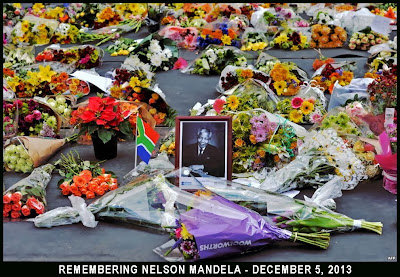 We remember Nelson Mandela and pray
for a grain of his determination.
————————————————————
Thank you all for your positive energy and
ceaseless efforts to keep our community
thriving.  It requires the spirit, resolve and
determination of every one of us.