OUR WEEK-DECEMBER 15TH TO 21ST 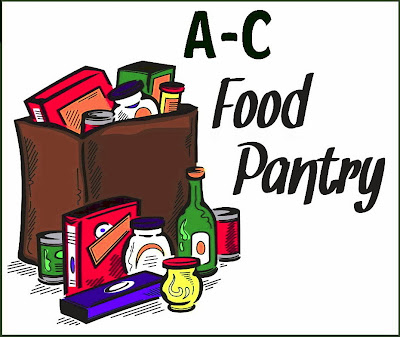 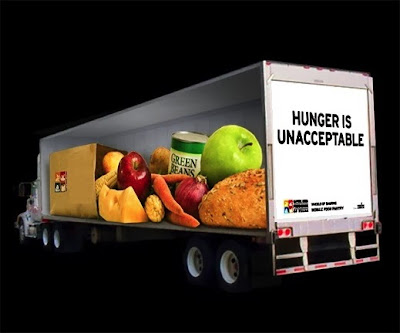 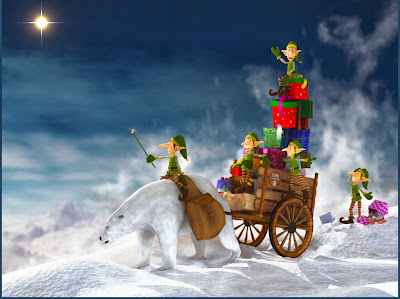 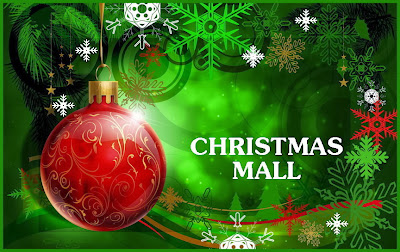 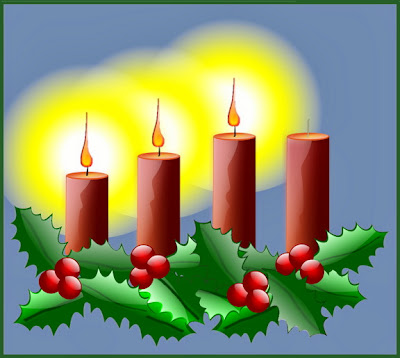 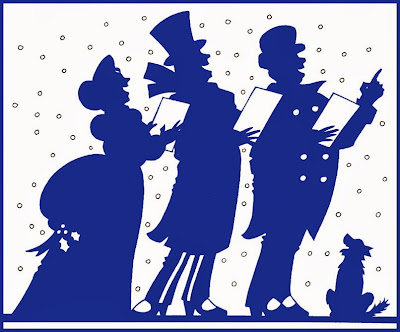 SCRIPTURE READINGS
————————————————————
ISAIAH 35:1-10
THE MESSAGE (MSG)
A song of hope to exiles in Babylon…. "Waters shall break forth in the wilderness, streams in the Syrian Desert… a highway shall be there."
The people in exile in Babylon to whom this prophetic song was delivered may have been caught in a tension. On the one hand, they were making their homes in a strange land, just as God instructed them to do through the prophet Jeremiah. On the other hand, they were still longing for the homes they had reason to suspect were destroyed. They wanted to be content where they were; and at the same time, they wanted this exile to end.
THE VOICELESS BREAK INTO SONG
1-2 Wilderness and desert will sing
joyously, the badlands will celebrate and
flower—
Like the crocus in spring, bursting into
blossom,
a symphony of song and color. 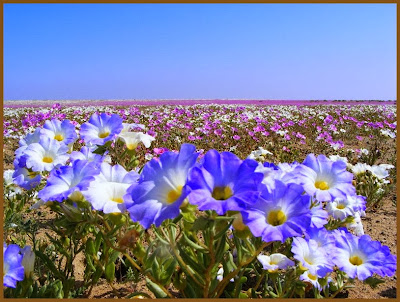 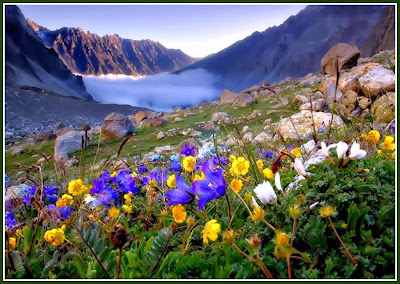 3-4 Energize the limp hands,
strengthen the rubbery knees.
Tell fearful souls,
"Courage! Take heart!
God is here, right here,
on his way to put things right
And redress all wrongs.
He's on his way! He'll save you!"

5-7 Blind eyes will be opened,
deaf ears unstopped,
Lame men and women will leap like deer,
the voiceless break into song. 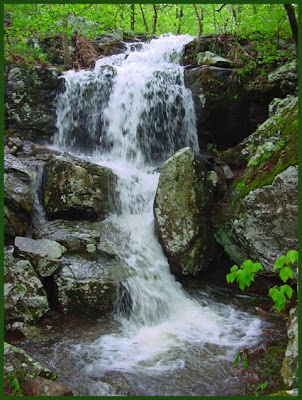 Springs of water will burst out in the
wilderness,
streams flow in the desert.
Hot sands will become a cool oasis,
thirsty ground a splashing fountain.
Even lowly jackals will have water to
drink, and barren grasslands
flourish richly.

8-10 There will be a highway
called the Holy Road.
No one rude or rebellious
is permitted on this road.
It's for God's people exclusively—
impossible to get lost on this road.
Not even fools can get lost on it.
No lions on this road,
no dangerous wild animals—
Nothing and no one dangerous or
threatening.
Only the redeemed will walk on it.
The people God has ransomed
will come back on this road.
They'll sing as they make their way home
to Zion,
unfading halos of joy encircling their
heads,
Welcomed home with gifts of joy and
gladness as all sorrows and sighs
scurry into the night.
————————————————————
LUKE 1:47-55
THE MESSAGE (MSG)
CANTICLE OF MARY

46-55
And Mary said,
I'm bursting with God-news;
I'm dancing the song of my Savior God.
God took one good look at me, and
look what happened—
I'm the most fortunate woman on earth!
What God has done for me will never be
forgotten,
the God whose very name is holy, set
apart from all others.
His mercy flows in wave after wave
on those who are in awe before him.
He bared his arm and showed his
strength,
scattered the bluffing braggarts.
He knocked tyrants off their high horses,
pulled victims out of the mud.
The starving poor sat down to a banquet;
the callous rich were left out in the
cold.
He embraced his chosen child, Israel;
he remembered and piled on the
mercies, piled them high.
It's exactly what he promised,
beginning with Abraham and right up
to now.
————————————————————
JAMES 5:7-10
THE MESSAGE (MSG)
"Be patient until the coming of the Lord."James is waiting, trusting simple, fairly concrete, organic processes. The central metaphor is one of farming.  Those of us who live in more urban or suburban settings might think of it as gardening. The moment you plant the seed in the earth, and even before, you are already tasting the juicy, ripe tomatoes, the sweet buttery corn, the complex tones of fresh broccoli, the comforting zucchini bread, and the crisp lettuce that you will enjoy in days to come . . . if you wait for it.
7-8 Meanwhile, friends, wait patiently for
the Master's Arrival. You see farmers do
this all the time, waiting for their valuable
crops to mature, patiently letting the rain
do its slow but sure work. Be patient like
that. Stay steady and strong. The Master
could arrive at any time.

9 Friends, don't complain about each
other. A far greater complaint could be
lodged against you, you know. The
Judge is standing just around the corner.

10-11 Take the old prophets as your
mentors. They put up with anything, went
through everything, and never once quit,
all the time honoring God. What a gift life
is to those who stay the course!   You've
heard, of course, of Job's staying power,
and you know how God brought it all to-
gether for him at the end. That's because
God cares, right down to the last detail.
————————————————————
MATTHEW 11:2-11
THE MESSAGE (MSG)
John the Baptist in prison sends a question to Jesus: "Are you the one who is to come, or are we to wait for another?"
Are we there yet? That’s the question
impatient children ask when they’re tired
and bored with being stuck in the car, the
bus, or the plane.  There comes a time
when the waiting stops, when the longed
for thing has in fact come. And at that
point, if we’ve gotten used to waiting, or
tired of hoping, we may need someone to
remind us that we’ve actually arrived.
2-3 John, meanwhile, had been locked up
in prison. When he got wind of what
Jesus was doing, he sent his own
disciples to ask, "Are you the One we've
been expecting, or are we still waiting?"

4-6 Jesus told them, "Go back and tell
John what's going on:

The blind see,
The lame walk,
Lepers are cleansed,
The deaf hear,
The dead are raised,
The wretched of the earth learn that God
is on their side.
"Is this what you were expecting? Then
count yourselves most blessed!"

7-10 When John's disciples left to report,
Jesus started talking to the crowd about
John. "What did you expect when you
went out to see him in the wild? A weekend
camper? Hardly. What then? A sheik in silk
pajamas? Not in the wilderness, not by a
long shot. What then? A prophet? That's
right, a prophet! Probably the best
prophet you'll ever hear. He is the prophet
that Malachi announced when he wrote,
'I'm sending my prophet ahead of you, to
make the road smooth for you.'

11-14 "Let me tell you what's going on
here: No one in history surpasses John the
Baptizer; but in the kingdom he prepared
you for, the lowliest person is ahead of
him. For a long time now people have tried
to force themselves into God's kingdom.
But if you read the books of the Prophets
and God's Law closely, you will see them
culminate in John, teaming up with him in
preparing the way for the Messiah of the
kingdom. Looked at in this way, John is
the 'Elijah' you've all been expecting to
arrive and introduce the Messiah.
————————————————————
• 1791 - In the United States, the first ten
amendments to the Constitution, known
as the Bill of Rights, went into effect after
ratification by the state of Virginia.
• 1840 - Napoleon Bonapart's remains were
interred in Les Invalides in Paris, having
been brought from St. Helena, where he
died in exile.
• 1854 - In Philadelphia, the first street
cleaning machine was put into use.
• 1877 - Thomas Edison patented the
phonograph.
• 1890 - American Sioux Indian Chief
Sitting Bull and 11 other tribe members
were killed in Grand River, SD, during an
incident with Indian police working for the
U.S. government.  Sitting Bull was a
Lakota holy man who led his people as
Tribal Chief during the years of resistance
against U.S. government pressures.
Before the Battle of the Little Bighorn,
Sitting Bull had a vision in which he saw
the defeat of the 7th Cavalry under the
leadership of Lt. Col. George Armstrong
Custer on June 25, 1876.  Sitting Bull
motivated his people to a major victory.
• 1944 - A single-engine plane carrying U.S.
Army Major Glenn Miller disappeared in
thick fog over the English Channel while
en route to Paris.
• 1961 - Former Nazi official Adolf
Eichmann was sentenced to death in
Jerusalem by an Israeli court. He had been
tried on charges of organizing the
deportation and extermination of Jewish
people in concentration camps.
He joined the Nazi party in 1932, and was
assigned head of Jewish Evacuation in
1939.  He organized transient camps and
the deportation of hundreds of thousands
of jewish people around Europe.  When the
United States entered World War II, Hitler
decided to set up extermination camps to
get rid of the Hebrew people very quickly.
When the war was over, Eichmann escaped
to Argentina.
≈≈≈≈≈≈≈≈≈≈≈≈≈≈≈≈≈≈≈≈≈≈≈≈≈≈≈≈≈≈≈≈≈≈≈≈≈
MONDAY, DECEMBER 16TH —
Happy Birthday Carol Ann Schnobrich!

THE OFFICE IS CLOSED TODAY.
————————————————————
• 1773 - Nearly 350 chests of tea were
dumped into Boston Harbor off of British
ships by Colonial patriots. The patriots
were disguised as Indians. The act was to
protest taxation without representation
and a monopoly the government granted
to the East India Company.
• 1835 - In New York, 530 buildings were
destroyed by fire.
• 1850 - The first immigrant ship, the
Charlotte Jane, arrived at Lyttleton,
New Zealand.
• 1995 - Many U.S. government functions
were closed as a temporary financial
provision expired and the budget dispute
between President Clinton and
Republicans in Congress continued.
• 1996 - Britain's agriculture minister
announced the slaughter of 100,000 cows
thought to be at risk of contracting BSE
(Mad Cow Disease) in an effort to persuade
the European Union to lift a ban on Britain.
• 1999 - Torrential rains and mudslides in
Venezuela left thousands of people dead
and drove 120,000 folks from their homes.
• 2002 - Canada ratified the Kyoto Protocol.
The 1997 treaty was aimed at reducing
greenhouse gas emissions.
≈≈≈≈≈≈≈≈≈≈≈≈≈≈≈≈≈≈≈≈≈≈≈≈≈≈≈≈≈≈≈≈≈≈≈≈≈
TUESDAY, DECEMBER 17TH —
Happy Birthday Erika Lundy!
Happy Birthday Jamie Christoffersen!
Happy Birthday Brenda Irlmeier!
Happy Birthday Dale Slayton!
————————————————————
• 1777 - France recognized United States of
America's independence.
• 1791 - A traffic regulation in New York City
established the first "One Way" street.
• 1903 - The first successful gasoline
powered airplane flight took place near
Kitty Hawk, NC. Orville and Wilbur Wright
made the flight.
• 1944 - The U.S. Army announced the end
of its policy of excluding Japanese-
Americans which ensured that Japanese-
Americans would be released from the
detention camps.
≈≈≈≈≈≈≈≈≈≈≈≈≈≈≈≈≈≈≈≈≈≈≈≈≈≈≈≈≈≈≈≈≈≈≈≈≈
WEDNESDAY, DECEMBER 18TH —
• ESTHER CIRCLE MEETS AT 7 P.M. 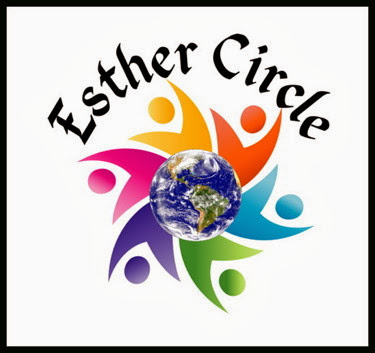 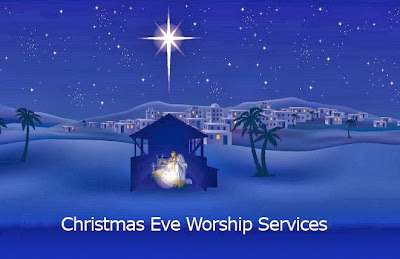 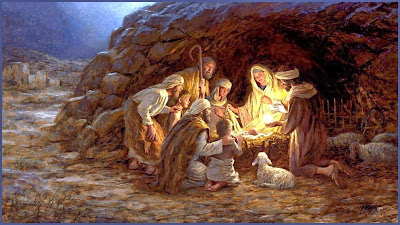 Hoping you have a blessed Christmas
season.
God Bless and Keep You,
Donna