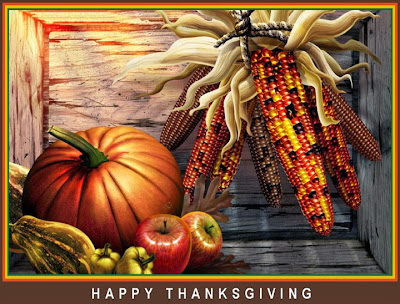 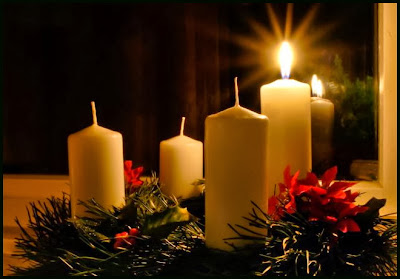 CHRISTMAS IS COMING. NOT JUST THE DAY, BUT THE SEASON. 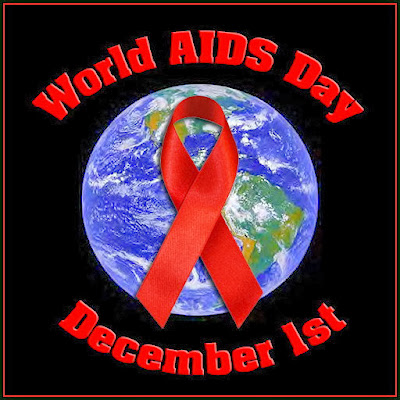 Church Calendar: Today is New Year’s Day
in the Christian calendar.  We begin Year A
of the lectionary cycle. During Year A, we
read primarily from Matthew’s gospel.
During the Ordinary Time after Epiphany
and after Pentecost, we read from Paul’s
correspondence with Christians in Corinth,
Rome, Phillipi, and Thessalonica. After
Pentecost, we also hear the stories again
of our “first families”: Abraham, Isaac,
Jacob, Joseph, and Moses. You may find
Exploring the Revised Common Lectionary
a helpful resource to use for presentations
in Sunday school or other venues to “lay
out” the year ahead for a congregation.

Advent in Year A is about getting back to
basics. We remember the end of all things
the first week. The second week, we focus
on the righteousness and justice God calls
for, creates, and re-creates. The third week,
we encounter just how full of “reversals”
and “subversion” our God is. And in the
fourth week, we hear Matthew’s story of
the birth of Jesus, and we are reminded it
is this God of that kind of end, of this
passion for righteousness and justice, and
of such reversals who was and is and ever
will be “with us.”

During Advent, readings of the lectionary
are intentionally chosen to coordinate with
each other around the gospel reading.
For nearly all denominations now
(including United Methodists), the texts for
each week relate to a larger single theme
of Advent.

SCRIPTURE READINGS —
REMEMBERING THE END —
————————————————————
ISAIAH 2:1-5
THE MESSAGE (MSG)
Out of the house of the Lord shall come wisdom and instruction, and all nations will convert their weapons of war into implements for sustaining life.What was the end, the purpose of Zion? What will it be doing “in those days,” that is at the end, when God has achieved God’s purpose for Zion and the whole world? Zion will be a beacon. It will be a center for pilgrimage, not just for the religious, but for the kings and rulers of the earth. It will be a place people will seek out for political and economic wisdom as nations shift their economic base and a center of their pride from military prowess to feeding people well; beating swords into plowshares; learning war no more.  Leaders of these new nations come to God, and God gives them wisdom for how to live and prosper at home, in peace with all other nations.Resources are directed toward providing abundant life for all. 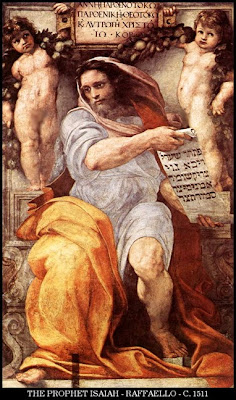 CLIMB GOD'S MOUNTAIN
1-5 The Message Isaiah got regarding
Judah and Jerusalem: There's a day
coming when the mountain of God's House
Will be The Mountain—
solid, towering over all mountains. 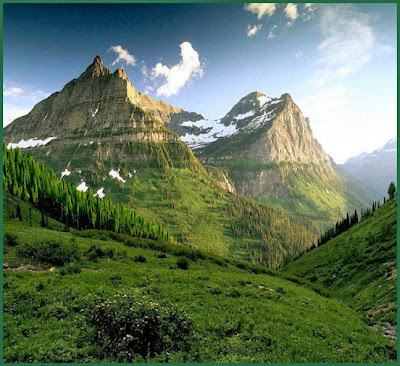 All nations will river toward it,
people from all over set out for it.
They'll say, "Come,
let's climb God's Mountain,
go to the House of the God of Jacob.
He'll show us the way he works
so we can live the way we're made."
Zion's the source of the revelation.
God's Message comes from Jerusalem.
He'll settle things fairly between nations.
He'll make things right between many
peoples.
They'll turn their swords into shovels,
their spears into hoes.
No more will nation fight nation;
they won't play war anymore.
Come, family of Jacob,
let's live in the light of God.
————————————————————
PSALM 122 (UMH 845)
THE MESSAGE (MSG)
A psalm to rejoicing in Jerusalem, a foretaste of what Isaiah prophesies.
A PILGRIM SONG OF DAVID
1-2 When they said, "Let's go to the
house of God," my heart leaped for joy.
And now we're here, O Jerusalem,
inside Jerusalem's walls! 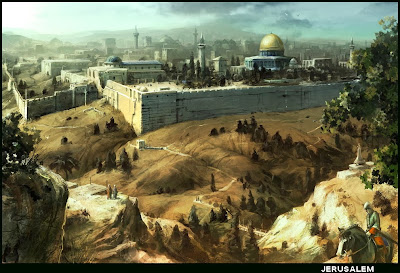 3-5 Jerusalem, well-built city,
built as a place for worship!
The city to which the tribes ascend,
all God's tribes go up to worship,
To give thanks to the name of God—
this is what it means to be Israel.
Thrones for righteous judgment
are set there, famous David-thrones.

6-9 Pray for Jerusalem's peace!
Prosperity to all you Jerusalem-lovers!
Friendly insiders, get along!
Hostile outsiders, keep your distance!
For the sake of my family and friends,
I say it again: live in peace!
For the sake of the house of our God,
I'll do my very best for you.
————————————————————
ROMANS 13:11-14
THE MESSAGE (MSG)
Salvation draws ever nearer, so live in the fullness of Christ, freed from the power of sinful desires.  In Romans, we are calledto “put on the armor of light” because “that day” draws near.In Paul’s day, putting on the clothing of a particular profession was understood to establish who you were, not just what you did. Putting on armor meant you were a soldier.  Putting on armor of light, then, means you are light.  You are protecting yourself against darkness.
11-14 But make sure that you don't get so
absorbed and exhausted in taking care of
all your day-by-day obligations that you
lose track of the time and doze off,
oblivious to God. The night is about over,
dawn is about to break. Be up and awake
to what God is doing! God is putting the
finishing touches on the salvation work
he began when we first believed. We can't
afford to waste a minute, we must not
squander these precious daylight hours in
frivolity and indulgence, in sleeping
around and dissipation, in bickering and
grabbing everything in sight. Get out of
bed and get dressed! Don't loiter and
linger, waiting until the very last minute.
Dress yourselves in Christ, and be up and
about!
————————————————————
MATTHEW 24:36-44
THE MESSAGE (MSG)
Matthew speaks of the culmination of all things as “the coming of the Son of Man.”The coming of the Son of Man will be a surprise, so stay on the lookout!
36 "But the exact day and hour? No one
knows that, not even heaven's angels, not
even the Son. Only the Father knows.

37-39 "The Arrival of the Son of Man will
take place in times like Noah's. Before the
great flood everyone was carrying on as
usual, having a good time right up to the
day Noah boarded the ark. They knew
nothing—until the flood hit and swept
everything away.

39-44 "The Son of Man's Arrival will be like
that: Two men will be working in the field -
one will be taken, one left behind; 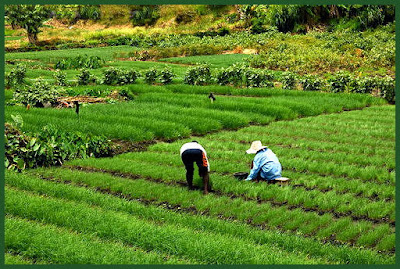 two women will be grinding at the mill - one
will be taken, one left behind. So stay awake, alert. You have no idea what
day your Master will show up. But you do
know this: You know that if the home-
owner had known what time of night the
burglar would arrive, he would have been
there with his dogs to prevent the break-in.
Be vigilant just like that. You have no idea
when the Son of Man is going to show up.
————————————————————
TODAY YOUTH GROUP MEETING IN
CASEY UMC at  11:30 A.M. 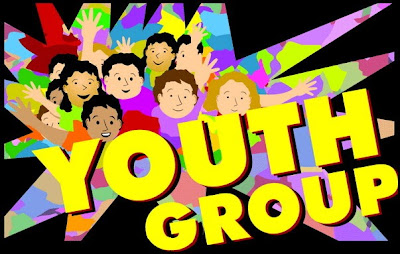 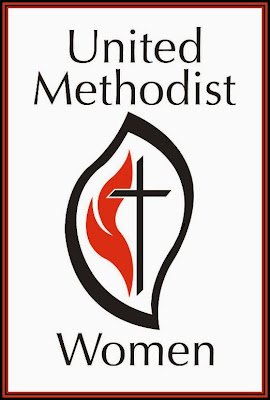 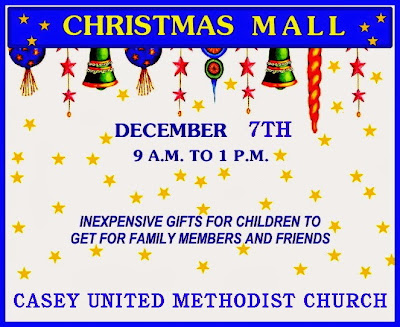 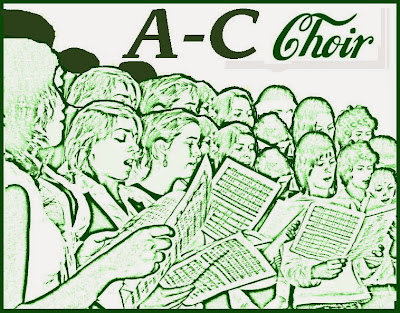 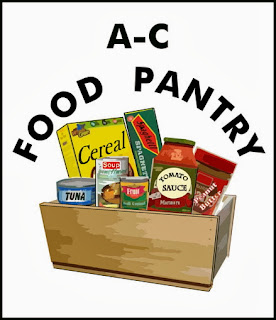 CAROLING IN CASEY AND ADAIR WILL
FOLLOW THE LUNCHEON. 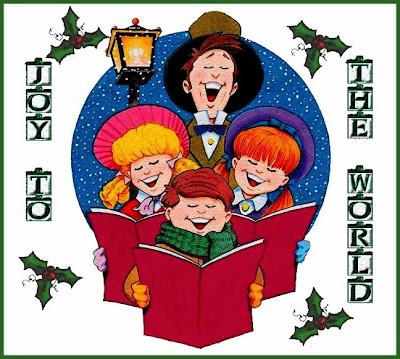