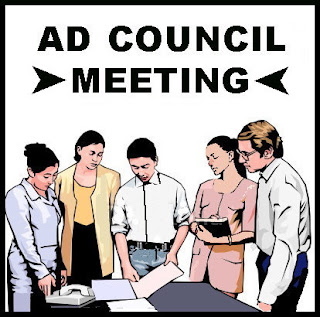 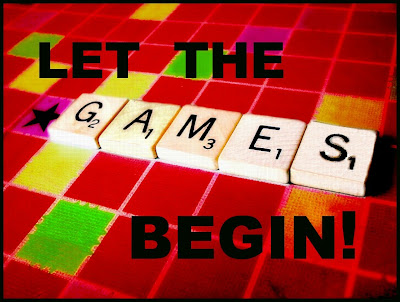 ≈≈≈≈≈≈≈≈≈≈≈≈≈≈≈≈≈≈≈≈≈≈≈≈≈≈≈≈≈≈≈≈≈≈≈≈≈≈≈
SUNDAY, SEPTEMBER 1ST —
Fifteenth Sunday after Pentecost
COLOR: GREEN
TODAY WORSHIP SERVICE TIMES REVERSE.
ADAIR SERVICE WILL BEGIN AT 9 A.M. and
CASEY SERVICE WILL BEGIN AT 10:30 A.M.
Many Christian communities around the world
are concerned with the growing ecological
changes and with the way Earth is being
treated.  The world environment is steadily
changing due to its own inherent nature, and
due to our own constant increase in
population with a resulting alteration in
management. We all need to think about how
we can best care for our earth and all of the
components existing here. 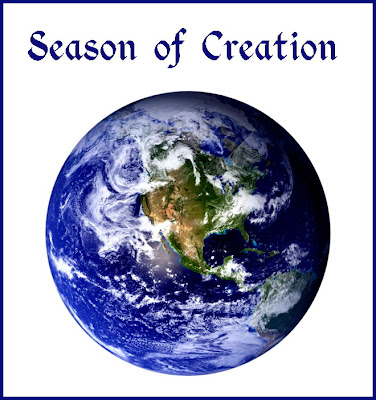 • During September we may choose to focus
on: “The Season of Creation;” our relationship
with the surrounding world.  This focus was
begun two decades ago in Australia, and has
now expanded across the world.
If we choose to give it our attention, it is
generally organized like this:
• THE FIRST SUNDAY IS OCEAN SUNDAY •
• SECOND IS FLORA AND FAUNA SUNDAY •
• THIRD IS STORM SUNDAY •
• FOURTH IS COSMOS (UNIVERSE) SUNDAY •
• SEPTEMBER 29TH IS BLESSINGS OF THE
ANIMALS SUNDAY •

We worship this Sunday with the oceans of
Earth, all designed by the Wisdom of God.
We join the Psalmists and call the sea to roar
with songs of praise.
We sing with the swirling seas and we celebrate
with the wondrous life in the watery deep. 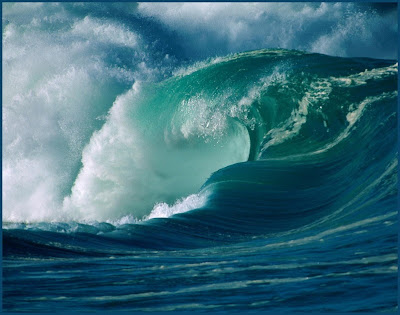 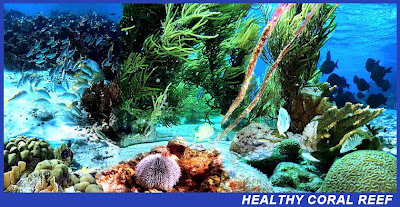 With our Creator, we rejoice in a coral reef,
with shelled creatures, with the fish and 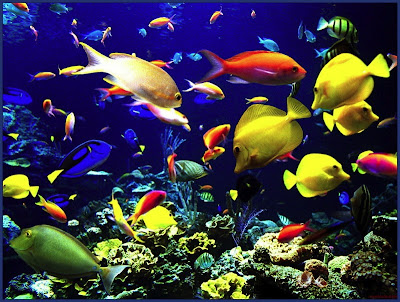 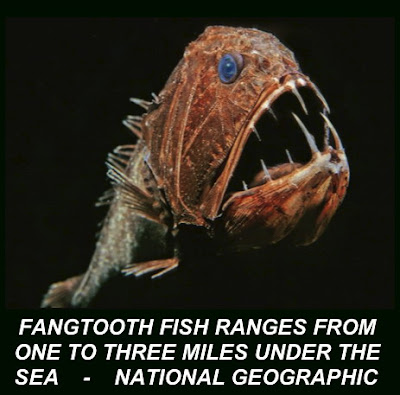 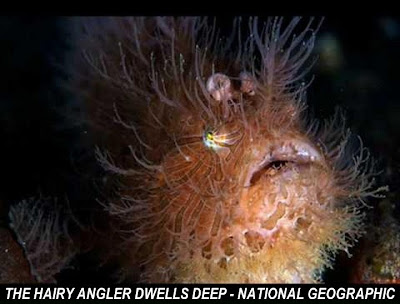 with a hundred other ‘creatures’ who live
sometimes miles below the water's surface.
We can see tiny snails and gargantuan
whales that roam the earth under the water. 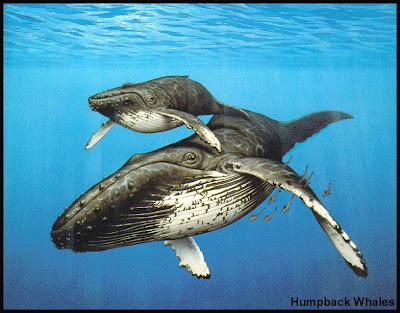 We celebrate the mountain peaks growing out
of the ocean floor, 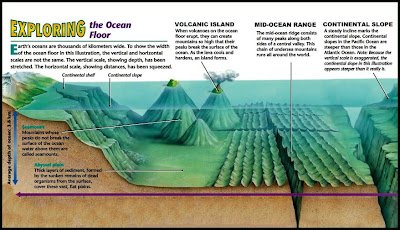 and the icebergs that break off of huge plates of
ice at the North and South Poles.
We are cognizant of rising climate temperatures
and melting ice plates.  With the Spirit we sigh
for species that are suffering natural acts and
human acts of contamination or misdirection.
This week we celebrate the oceans.
—————————————————————
SCRIPTURE READINGS
Ordinary Time continues
—————————————————————
JEREMIAH 2:4-13
THE MESSAGE (MSG)
"My people have committed two evils: they
have forsaken me, the fountain of living
water, and they have dug out cisterns for
themselves, broken cisterns that cannot
hold water." 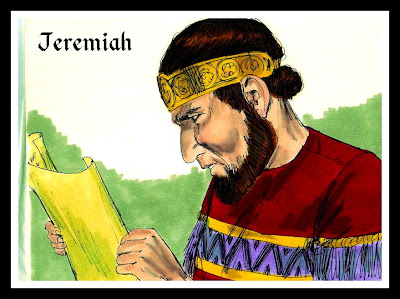 4-6  Hear God's Message, House of Jacob!
Yes, you—House of Israel!
God's Message: "What did your ancestors find
fault with in me
that they drifted so far from me,
Took up with Sir Windbag
and turned into windbags themselves?

It never occurred to them to say, 'Where's
God,
the God who got us out of Egypt,
Who took care of us through thick and thin,
those rough-and-tumble
wilderness years of parched deserts and
death valleys,
A land that no one who enters comes out of,
a cruel, inhospitable land?'

7-8  "I brought you to a garden land
where you could eat lush fruit.
But you barged in and polluted my land,
trashed and defiled my dear land.
The priests never thought to ask, 'Where's God?'
The religion experts knew nothing of me.
The rulers defied me.
The prophets preached god Baal
And chased empty god-dreams and silly god
schemes.

9-11  "Because of all this, I'm bringing charges
against you"
—God's Decree—
"charging you and your children and your
grandchildren.
Look around. Have you ever seen anything quite
like this?
Sail to the western islands and look.
Travel to the Kedar wilderness and look.
Look closely. Has this ever happened before,
That a nation has traded in its gods
for gods that aren't even close to gods?
But my people have traded my Glory
for empty god-dreams and silly god-schemes.

12-13  "Stand in shock, heavens, at what you
see!
Throw up your hands in disbelief—this can't
be!"         God's Decree.
"My people have committed a compound sin:
they've walked out on me, the fountain
Of fresh flowing waters, and then dug cisterns —
cisterns that leak, cisterns that are no better
than sieves.
—————————————————————
PSALM 81:1-16 (UMH 803)
THE MESSAGE (MSG)
PSALM OF ASAPH
The second part of this psalm is the reason for
praying it in response to Jeremiah.
1-5 A  song to our strong God! a shout to the
God of Jacob!
Anthems from the choir, music from the band,
sweet sounds from lute and harp,
Trumpets and trombones and horns:
it's festival day, a feast to God!
A day decreed by God,
solemnly ordered by the God of Jacob.
He commanded Joseph to keep this day
so we'd never forget what he did in Egypt.
I hear this most gentle whisper from One
I never guessed would speak to me:

6-7 "I took the world off your shoulders,
freed you from a life of hard labor.
You called to me in your pain;
I got you out of a bad place.
I answered you from where the thunder hides,
I proved you at Meribah Fountain.

8-10 "Listen, dear ones—get this straight;
O Israel, don't take this lightly.
Don't take up with strange gods,
don't worship the latest in gods.
I'm God, your God, the very God
who rescued you from doom in Egypt,
Then fed you all you could eat,
filled your hungry stomachs.

13-16 "Oh, dear people, will you listen to me
now?
Israel, will you follow my map?
I'll make short work of your enemies,
give your foes the back of my hand.
I'll send the God-haters cringing like dogs,
never to be heard from again.
You'll feast on my fresh-baked bread
spread with butter and rock-pure honey."
—————————————————————
HEBREWS 13:1-16
THE MESSAGE (MSG)
The variety of relationships people may have
in the life of discipleship — strangers,
prisoners, marriage partners, money and
possessions, God as provider, leaders in the
faith, and Jesus Christ.
JESUS DOESN'T CHANGE
1-4  Stay on good terms with each other, held
together by love. Be ready with a meal or a bed
when it's needed. Why, some have extended
hospitality to angels without ever knowing it!
Regard prisoners as if you were in prison with
them.  Look on victims of abuse as if what
happened to them had happened to you. Honor
marriage, and guard the sacredness of sexual
intimacy between wife and husband. God
draws a firm line against casual and illicit sex.

5-6  Don't be obsessed with getting more
material things. Be relaxed with what you have.
Since God assured us, "I'll never let you down,
never walk off and leave you," we can boldly
quote,

God is there, ready to help;
I'm fearless no matter what.
Who or what can get to me?

7-8  Appreciate your pastoral leaders who gave
you the Word of God. Take a good look at the
way they live, and let their faithfulness instruct
you, as well as their truthfulness. There should
be a consistency that runs through us all. For
Jesus doesn't change—yesterday, today,
tomorrow, he's always totally himself.

9  Don't be lured away from him by the latest
speculations about him. The grace of Christ is
the only good ground for life. Products named
after Christ don't seem to do much for those who
buy them.

10-12  The altar from which God gives us the gift
of himself is not for exploitation by insiders who
grab and loot. In the old system, the animals are
killed and the bodies disposed of outside the
camp. The blood is then brought inside to the
altar as a sacrifice for sin. It's the same with
Jesus. He was crucified outside the city gates—
that is where he poured out the sacrificial blood
that was brought to God's altar to cleanse his
people.

13-15  So let's go outside, where Jesus is, where
the action is—not trying to be privileged insiders,
but taking our share in the abuse of Jesus. This
"insider world" is not our home. We have our
eyes peeled for the City about to come. Let's take
our place outside with Jesus, no longer pouring
out the sacrificial blood of animals but pouring
out sacrificial praises from our lips to God in
Jesus' name.

16  Make sure you don't take things for granted
and go slack in working for the common good;
share what you have with others. God takes
particular pleasure in acts of worship—a
different kind of "sacrifice"—that take place in
kitchen and workplace and on the streets. —————————————————————
LUKE 14:1-14
THE MESSAGE (MSG)
Where disciples of Jesus are to be seated at
banquets and in life.
1-3  One time when Jesus went for a Sabbath
meal with one of the top leaders of the Pharisees,
all the guests had their eyes on him, watching
his every move. Right before him there was a
man hugely swollen in his joints. So Jesus asked
the religion scholars and Pharisees present, "Is it
permitted to heal on the Sabbath? Yes or no?"

4-6 They were silent. So he took the man, healed
him, and sent him on his way. Then he said, "Is
there anyone here who, if a child or animal fell
down a well, wouldn't rush to pull him out
immediately, not asking whether or not it was the
Sabbath?" They were stumped. There was
nothing they could say to that.
INVITE THE MISFITS
7-9 He went on to tell a story to the guests
around the table. Noticing how each had tried to
elbow into the place of honor, he said, "When
someone invites you to dinner, don't take the
place of honor. Somebody more important than
you might have been invited by the host. Then
he'll come and call out in front of everybody,
'You're in the wrong place. The place of honor
belongs to this man.' Red-faced, you'll have to
make your way to the very last table, the only
place left.

10-11 "When you're invited to dinner, go and sit
at the last place. Then when the host comes he
may very well say, 'Friend, come up to the front.'
That will give the dinner guests something to talk
about! What I'm saying is, If you walk around with
your nose in the air, you're going to end up flat on
your face. But if you're content to be simply
yourself, you will become more than yourself."

12-14 Then he turned to the host. "The next time
you put on a dinner, don't just invite your friends
and family and rich neighbors, the kind of people
who will return the favor. Invite some people who
never get invited out, the misfits from the wrong
side of the tracks. You'll be—and experience—a
blessing. They won't be able to return the favor,
but the favor will be returned—oh, how it will be
returned!—at the resurrection of God's people." 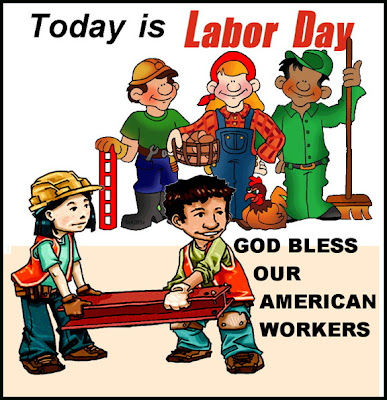 LABOR DAY BLESSING —
Blessed are you, ever-creating God,
in your image our lives are made,
in your glory we offer all the work of our hearts
and hands and minds.

Blessed are you, O God, now and forever!

Blessed are you whose work is repaid,
for by your work, and by payment you receive
your lives and the lives of others around you
and around the world are blessed.

We thank God for you day by day.

Blessed are you whose work is unpaid,
who offer what you can to enrich the lives of
others,
through time, talents, skill, strength and love.

We praise to God for your generous labor!

Blessed are you who seek work but have not
found it,
or whose work now is not yet what it may be
yet still you seek, that your gifts may be
shared more fully.