OUR WEEK-AUGUST 18TH TO AUGUST 24TH 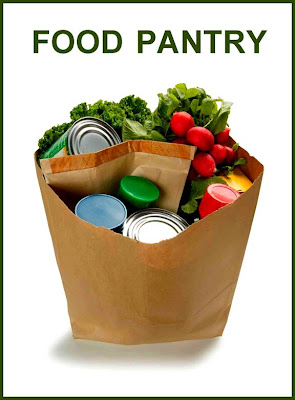 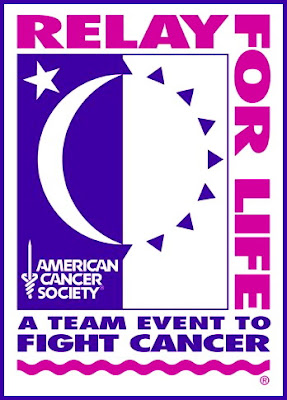 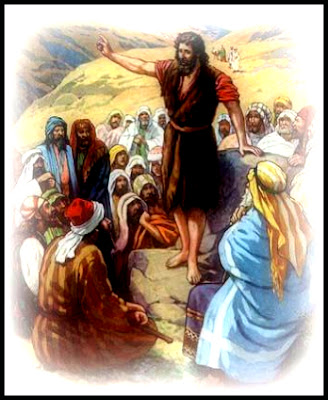 LOOKING FOR A CROP OF JUSTICE
1-2  I'll sing a ballad to the one I love, a love
ballad about his vineyard: The one I love had a
vineyard, a fine, well-placed vineyard.
He hoed the soil and pulled the weeds,
and planted the very best vines.
He built a lookout, built a wine press,
a vineyard to be proud of.
He looked for a vintage yield of grapes,
but for all his pains he got junk grapes.

3-4 "Now listen to what I'm telling you,
you who live in Jerusalem and Judah.
What do you think is going on
between me and my vineyard?
Can you think of anything I could have done
to my vineyard that I didn't do?
When I expected good grapes,
why did I get bitter grapes?

5-6 "Well now, let me tell you
what I'll do to my vineyard:
I'll tear down its fence
and let it go to ruin.
I'll knock down the gate
and let it be trampled.
I'll turn it into a patch of weeds, untended,
uncared for—
thistles and thorns will take over.
I'll give orders to the clouds:
'Don't rain on that vineyard, ever!'"

7 Do you get it? The vineyard of God-of-the-
Angel Armies
is the country of Israel.
All the men and women of Judah
are the garden he was so proud of.
He looked for a crop of justice
and saw them murdering each other.
He looked for a harvest of righteousness
and heard only the moans of victims.
———————————————————————
PSALM 80:1-19 (UMH 801)
THE MESSAGE (MSG)
A PSALM OF ASAPH
1-2 Listen, Shepherd, Israel's Shepherd— get all
your Joseph sheep together.
Throw beams of light
from your dazzling throne
So Ephraim, Benjamin, and Manasseh
can see where they're going. 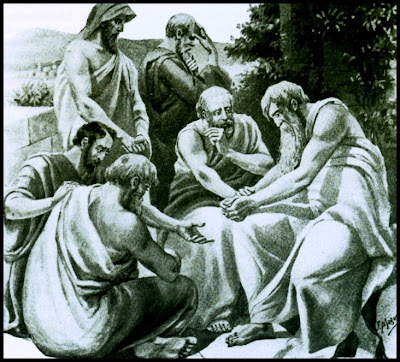 Get out of bed—you've slept long enough!
Come on the run before it's too late.

3 God, come back!
Smile your blessing smile:
That will be our salvation.

4-6 God, God-of-the-Angel-Armies,
how long will you smolder like a sleeping
volcano
while your people call for fire and
brimstone?
You put us on a diet of tears,
bucket after bucket of salty tears to drink.
You make us look ridiculous to our friends;
our enemies poke fun day after day.

7 God-of-the-Angel-Armies, come back!
Smile your blessing smile:
That will be our salvation.

8-18 Remember how you brought a young vine
from Egypt,
cleared out the brambles and briers
and planted your very own vineyard?
You prepared the good earth,
you planted her roots deep;
the vineyard filled the land. 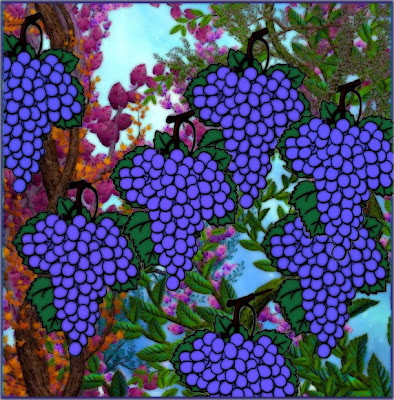 Your vine soared high and shaded the
mountains,
even dwarfing the giant cedars.
Your vine ranged west to the Sea,
east to the River.
So why do you no longer protect your vine?
Trespassers pick its grapes at will;
Wild pigs crash through and crush it,
and the mice nibble away at what's left.
God-of-the-Angel-Armies, turn our way!
Take a good look at what's happened
and attend to this vine.
Care for what you once tenderly planted—
the vine you raised from a shoot.
And those who dared to set it on fire—
give them a look that will kill!
Then take the hand of your once-favorite child,
the child you raised to adulthood.
We will never turn our back on you;
breathe life into our lungs so we can shout
your name!

19 God, God-of-the-Angel-Armies, come back!
Smile your blessing smile:
That will be our salvation.
———————————————————————
HEBREWS 11:29–12:2
THE MESSAGE (MSG)
The mighty deeds and martyrdom of people who acted on faith. "Therefore, since we are surrounded by so great a cloud of witnesses, let us also ... run with perseverance the race that is set before us, looking to Jesus ..."
29 By an act of faith, Israel walked through the
Red Sea on dry ground. The Egyptians tried it
and drowned. 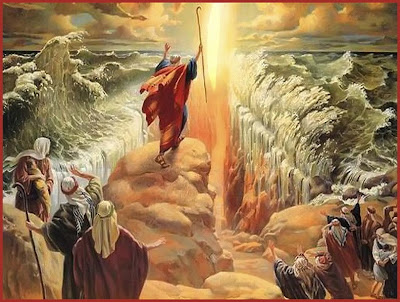 30 By faith, the Israelites marched around the
walls of Jericho for seven days, and the walls
fell flat.

31 By an act of faith, Rahab, the Jericho harlot,
welcomed the spies and escaped the destruction
that came on those who refused to trust God.

32-38 I could go on and on, but I've run out of
time. There are so many more— Gideon, Barak,
Samson, Jephthah, David, Samuel, the prophets
....Through acts of faith, they toppled kingdoms,
made justice work, took the promises for
themselves. 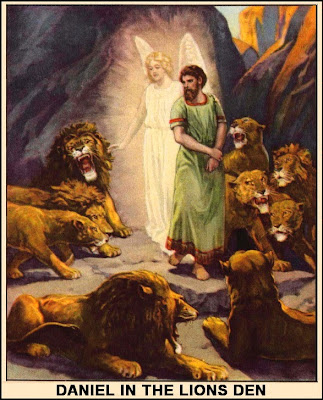 They were protected from lions, fires, and sword
thrusts, turned disadvantage to advantage, won
battles, routed alien armies.
Women received their loved ones back from the
dead. There were those who, under torture,
refused to give in and go free, preferring some-
thing better: resurrection. Others braved abuse
and whips, and, yes, chains and dungeons. 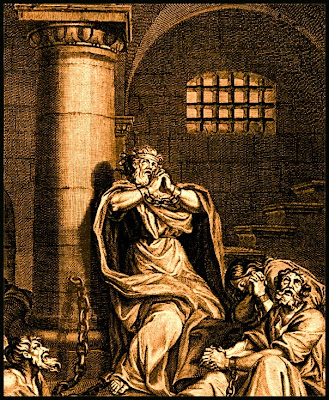 We have stories of those who were stoned, sawed
in two, murdered in cold blood; stories of vagrants
wandering the earth in animal skins, homeless,
friendless, powerless—the world didn't deserve
them!—making their way as best they could on
the cruel edges of the world.

39-40 Not one of these people, even though their
lives of faith were exemplary, got their hands on
what was promised. God had a better plan for
us: that their faith and our faith would come
together to make one completed whole, their
lives of faith not complete apart from ours.
HEBREWS 12
DISCIPLINE IN A LONG-DISTANCE RACE
1-3 Do you see what this means—all these
pioneers who blazed the way, all these veterans
cheering us on? It means we'd better get on with
it. Strip down, start running—and never quit! No
extra spiritual fat, no parasitic sins. Keep your
eyes on Jesus, who both began and finished this
race we're in. Study how he did it. Because he
never lost sight of where he was headed—that
exhilarating finish in and with God—he could put
up with anything along the way: Cross, shame,
whatever. And now he's there, in the place of
honor, right alongside God. When you find your-
selves flagging in your faith, go over that story
again, item by item, that long litany of hostility
he plowed through. That will shoot adrenaline
into your souls!
———————————————————————
LUKE 12:49-56
THE MESSAGE (MSG)
To Start a Fire
49-53 "I've come to start a fire on this earth—
how I wish it were blazing right now! I've come
to change everything, turn everything right side
up — how I long for it to be finished! Do you
think I came to smooth things over and make
everything nice? Not so. I've come to disrupt
and confront! From now on, when you find five
in a house, it will be— 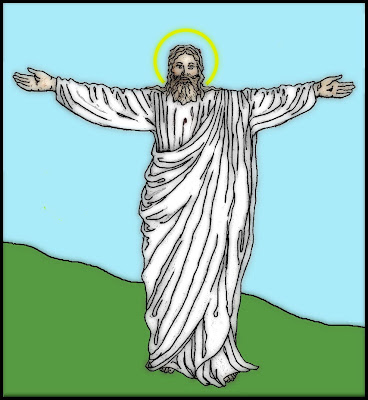 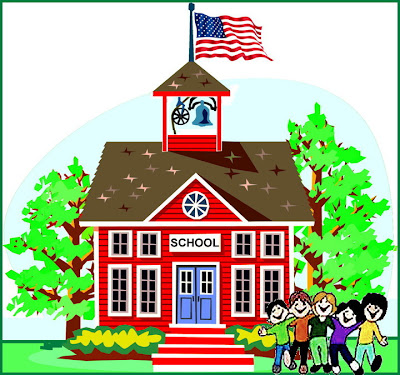 Thank you for your participation in our church
life this week.  You are dearly appreciated.  Our
schools will be starting in the near future so it
is time to change gears again.  Enjoy the rest of
our summertime.