OUR WEEK-AUGUST 4TH TO AUGUST 10TH 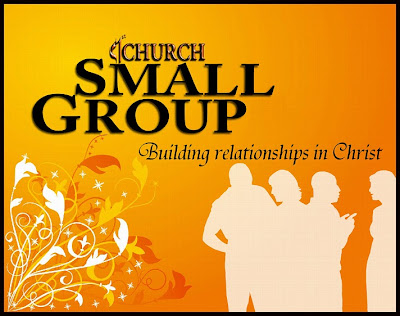 COMBINED WORSHIP IN ADAIR U.M.C.
AMBASSADORS OF GRACE will lead worship.
≈≈≈≈≈≈≈≈≈≈≈≈≈≈≈≈≈≈≈≈≈≈≈≈≈≈≈≈≈≈≈≈≈≈≈≈≈≈≈≈≈≈
SCRIPTURE READINGS
—  —  —  —  —  —  —  —  —  —  —  —  —  —  —
HOSEA 11:1-11
THE MESSAGE (MSG)
God speaks of God's tender affection for Israel
like a father teaching an infant child to walk, and
so how hard it is to see Israel continually
rejecting God's ways. God will not again destroy
Ephraim after the coming exile, but intends to
return them to their homes someday.
Hosea’s whole life and ministry have made one
point clear: the coming destruction of the
Northern Kingdom and the exile of some of its
peoples is inevitable. There will be no escape
from that, no matter what the nation does now.
ISRAEL PLAYED AT RELIGION WITH
TOY GODS 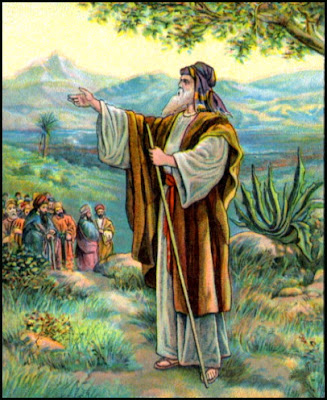 1-9 "When Israel was only a child, I loved him.
I called out, 'My son!'—called him out of Egypt.
But when others called him,
he ran off and left me.
He worshiped the popular sex gods,
he played at religion with toy gods.
Still, I stuck with him. I led Ephraim.
I rescued him from human bondage,
But he never acknowledged my help,
never admitted that I was the one pulling his
wagon,
That I lifted him, like a baby, to my cheek,
that I bent down to feed him.
Now he wants to go back to Egypt or go over to
Assyria—
anything but return to me!
That's why his cities are unsafe—the murder
rate skyrockets
and every plan to improve things falls to
pieces.
My people are hell-bent on leaving me.
They pray to god Baal for help.
He doesn't lift a finger to help them.
But how can I give up on you, Ephraim?
How can I turn you loose, Israel?

How can I leave you to be ruined like Admah,
devastated like luckless Zeboim?
I can't bear to even think such thoughts.
My insides churn in protest.
And so I'm not going to act on my anger.
I'm not going to destroy Ephraim.
And why? Because I am God and not a human.
I'm The Holy One and I'm here—in your very
midst.

10-12 "The people will end up following God.
I will roar like a lion—
Oh, how I'll roar!
My frightened children will come running from
the west.
Like frightened birds they'll come from Egypt,
from Assyria like scared doves.
I'll move them back into their homes."
God's Word!
Soul-Destroying Lies
Ephraim tells lies right and left.
Not a word of Israel can be trusted.
Judah, meanwhile, is no better,
addicted to cheap gods. ———————————————————————
PSALM 107:1-9, 43 (UMH 830)
THE MESSAGE (MSG)
A PSALM OF THANKSGIVING THAT ENDS
NEARLY LIKE A WISDOM PSALM —
Oh, thank God—he's so good! His love never
runs out.
All of you set free by God, tell the world!
Tell how he freed you from oppression,
Then rounded you up from all over the place,
from the four winds, from the seven seas.

4-9 Some of you wandered for years in the
desert, 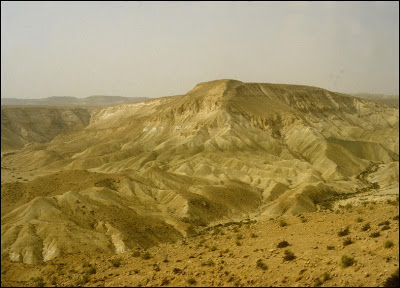 looking but not finding a good place to live,
Half-starved and parched with thirst,
staggering and stumbling, on the brink of
exhaustion. 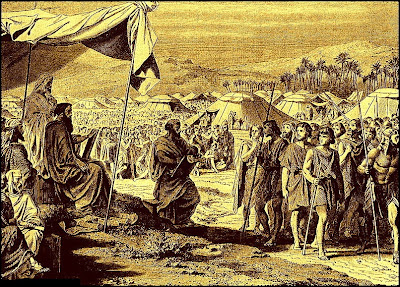 Then, in your desperate condition, you called
out to God.
He got you out in the nick of time;
He put your feet on a wonderful road
that took you straight to a good place to live.
So thank God for his marvelous love,
for his miracle mercy to the children he loves.
He poured great draughts of water down
parched throats;
the starved and hungry got plenty to eat. 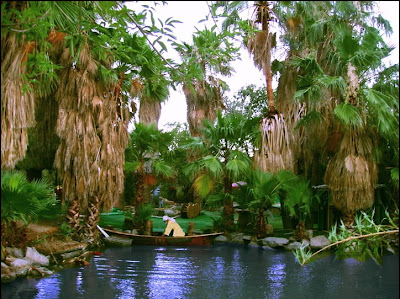 42-43 Good people see this and are glad;
bad people are speechless, stopped in their
tracks.
If you are really wise, you'll think this over—
it's time you appreciated God's deep love.
———————————————————————
COLOSSIANS 3:1-11
THE MESSAGE (MSG)
Before: fornication, impurity, passion, evil desire,
and the desire for more and more (which Paul
equates with idolatry!), anger, wrath, malice,
slander, abusive speech, and lying.
After: seek the things that are above, where
Christ is seated at the right hand of God, clothe
yourself with the new self, a new self constantly
being renewed in the knowledge of God and part
of a new community where "earthly" divisions - -
Gentile/Jew, circumcised/uncircumcised,
European tribalists or "Eastern" militaristic
"hordes"/civilized natives, slave/free —
Paul provides the list of "positive practices" to
"put on" to correspond with the negative
practices to be stripped off and put to death.
Those practices include: compassion, kindness,
humility, meekness, patience, forebearance,
forgiveness, love, the peace of Christ,
thanksgiving, letting the word dwell in you richly,
teaching one another and watching over one
another in love, all in the name of Christ.
HE IS YOUR LIFE
1-2 So if you're serious about living this new
resurrection life with Christ, act like it. Pursue the
things over which Christ presides. Don't shuffle
along, eyes to the ground, absorbed with the
things right in front of you. Look up, and be alert
to what is going on around Christ—that's where
the action is. See things from his perspective.


3-4 Your old life is dead. Your new life, which is your real life—even though invisible to spectators—is with Christ in God. He is your life. When Christ (your real life, remember) shows up again on this earth, you'll show up, too—the real you, the glorious you. Meanwhile, be content with obscurity, like Christ.5-8 And that means killing off everything connected with that way of death: sexual promiscuity, impurity, lust, doing whatever you feel like whenever you feel like it, and grabbing whatever attracts your fancy. That's a life shaped by things and feelings instead of by God. It's because of this kind of thing that God is about to explode in anger. It wasn't long ago that you were doing all that stuff and not knowing any better. But you know better now, so make sure it's all gone for good: bad temper, irritability, meanness, profanity, dirty talk.

9-11 Don't lie to one another. You're done with that
old life. It's like a filthy set of ill-fitting clothes
you've stripped off and put in the fire. Now you're
dressed in a new wardrobe. Every item of your
new way of life is custom-made by the Creator,
with his label on it. All the old fashions are now
obsolete. Words like Jewish and non-Jewish,
religious and irreligious, insider and outsider,
uncivilized and uncouth, slave and free, mean
nothing. From now on everyone is defined by
Christ, everyone is included in Christ.———————————————————————

LUKE 12:13-21
THE MESSAGE (MSG)
Jesus uses an inquirer's request to arbitrate an
inheritance dispute to warn against all forms of
greed — all desires to obtain more that what one
already has — and tells the story of a successful
grain farmer as an example.
THE STORY OF THE GREEDY FARMER
13 Someone out of the crowd said, "Teacher,
order my brother to give me a fair share of the
family inheritance."

14 He replied, "Mister, what makes you think it's
any of my business to be a judge or mediator
for you?"

15 Speaking to the people, he went on, "Take
care! Protect yourself against the least bit of
greed. Life is not defined by what you have,
even when you have a lot."

16-19 Then he told them this story: "The farm of
a certain rich man produced a terrific crop. He
talked to himself: 'What can I do? My barn isn't
big enough for this harvest.' Then he said, 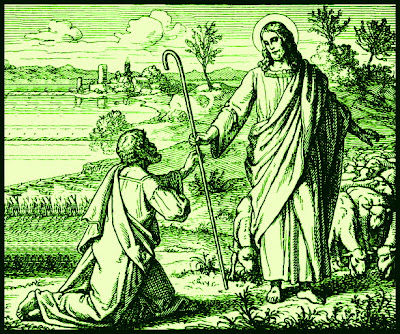 'Here's what I'll do: I'll tear down my barns and
build bigger ones. Then I'll gather in all my grain
and goods, and I'll say to myself, Self, you've
done well! You've got it made and can now retire.
Take it easy and have the time of your life!'

20 Just then God showed up and said, 'Fool!
Tonight you die. And your barn full of goods —
who gets it?'

21 "That's what happens when you fill your barn
with Self and not with God." 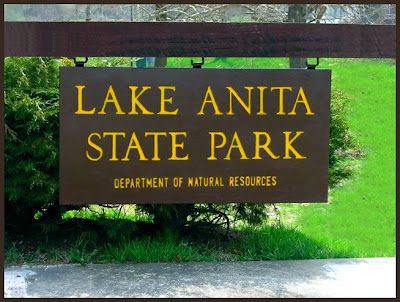 Summer is flying - - - it's almost August.  Soon
the schools will be opening to bright, shining
faces once again.

Enjoy the rest of summertime!