TUESDAY, MAY 7TH —
Happy Birthday, Rita Elgin!
2007 – A team of Israeli archaeologists found
the tomb of 1st century BC ruler of Judea,
Herod. 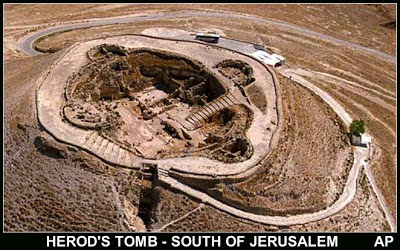 Herod, (73 BC to 4 BC) in Jericho, was a Roman
client king of Judea.  He is also known for his
colossal building projects in Jerusalem.  He
appears in the Gospel of Matthew (2:1-23), which
describes an event known as the Massacre of the
Innocents.  After the birth of Jesus, "wise men
from the East" visited Herod to inquire about "the
one born king of the Jews." Herod exploited his
citizens to learn the location of Jesus and sent
the Maji. When Herod realized the Maji then
outwitted him, he gave orders to kill all boys of
the age of two and under in Bethlehem.  He is
described as "a madman who murdered his own
family and many rabbis. 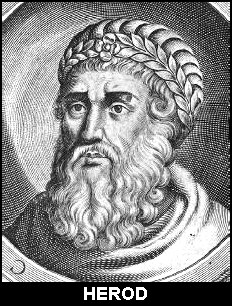 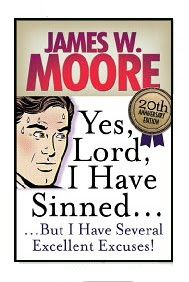 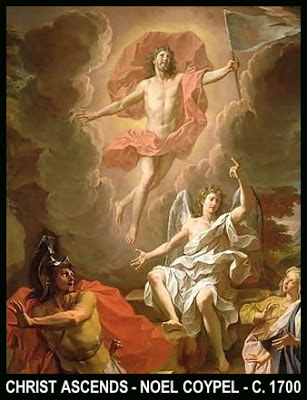 THE SEVENTH SUNDAY OF EASTER.
COLOR:  WHITE
THIS IS MOTHER'S DAY 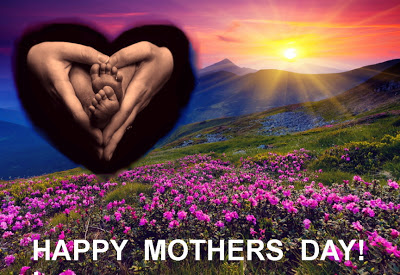 and also
FESTIVAL OF THE CHRISTIAN HOME
———————————————————————
SCRIPTURE READINGS —
• The unifying theme of today’s readings is
“No Religion but Social Religion”,
“No Holiness but Social Holiness.”
These words come from John Wesley.  No, he
isn't describing socialism or even social justice,
as that term is used since the twentieth century.
He meant, exactly what Jesus prayed in his
“high priestly prayer” which we hear this week.
Progress in faithfulness, in a mission to Christ
depends entirely on how well we learn to
WATCH OVER ONE ANOTHER IN LOVE.
•  •  •  •  •  •  •  •  •  •  •  •  •  •  •  •  •  •  •  •  •  •  •  •  •
ACTS 16:16-34
THE MESSAGE (MSG)
Is the important thing the conversion of the jailer?  Re-read it carefully, and you’ll discover the focus of this story is not on the jailer, but on the signs and power of God's salvation through individuals and the community that bears Christ's name.• As a witness to the saving power of God available even to captors, Paul and his companions sing God's praise in prison, prisoners freed by an earthquake remain inside.All of them remained in the jail when the earth-quake occurred, one community, not breaking ranks or each looking out for himself.  This is a remarkable thing in itself. Paul and Silas didn’t try to escape even when they could.The guard's household comes to faith.  He said “What must I do to be saved?” he likely meantsomething less theological and much more practical . . . something like, “How am I going to come out of this alive?” He probably still could not get it through his head just then that his prisoners were all there, none of them missing.

BEAT UP AND THROWN IN JAIL
16-18 One day, on our way to the place of prayer,
a slave girl ran into us. She was a psychic and,
with her fortunetelling, made a lot of money for
the people who owned her.
She began following Paul around, calling
everyone's attention to us by yelling out,
“These men are working for the Most High God. 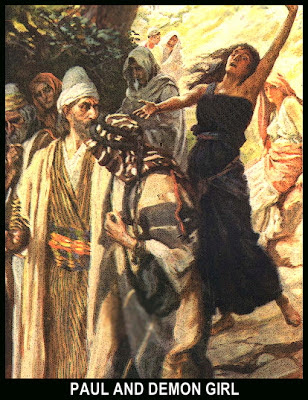 They're laying out the road of salvation for you!”
She did this for a number of days until Paul
finally fed up with her, turned and commanded
the spirit that possessed her,
"Out! In the name of Jesus Christ, get out of
her!"  And it was gone, just like that.

19-22 When her owners saw that their lucrative
little business was suddenly bankrupt, they went
after Paul and Silas, roughed them up and
dragged them into the market square. Then the
police arrested them and pulled them into court
with the accusation, "These men are disturbing
the peace—dangerous Jewish agitators
subverting our Roman law and order." By this
time the crowd had turned into a restless mob
out for blood.

22-24 The judges went along with the mob, had
Paul and Silas's clothes ripped off and ordered
a public beating. After beating them black-and-
blue, they threw them into jail, telling the jailer
to put them under heavy guard so there would
be no chance of escape. He did just that—
threw them into the maximum security cell in
the jail and clamped leg irons on them. 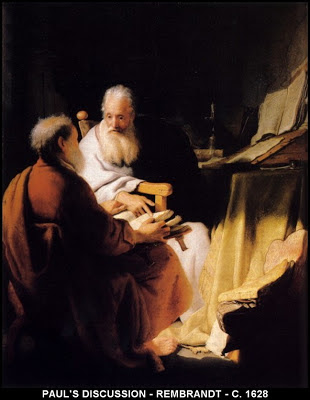 25-26 Along about midnight, Paul and Silas
were at prayer and singing a robust hymn to
God. The other prisoners couldn't believe their
ears. Then, without warning, a huge earthquake!
The jailhouse tottered, every door flew open, all
the prisoners were loose.

27-28 Startled from sleep, the jailer saw all the
doors swinging loose on their hinges. Assuming
that all the prisoners had escaped, he pulled out
his sword and was about to do himself in,
figuring he was as good as dead anyway, when
Paul stopped him: "Don't do that! We're all still
here! Nobody's run away!" 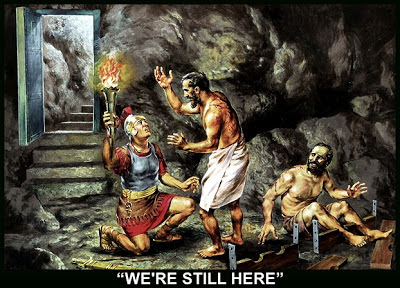 29-31 The jailer got a torch and ran inside.
Badly shaken, he collapsed in front of Paul and
Silas. He led them out of the jail and asked,
"Sirs, what do I have to do to be saved, to really
live?" They said, "Put your entire trust in the
Master Jesus. Then you'll live as you were
meant to live—and everyone in your house
included!"

32-34 They went on to spell out in detail the
story of the Master—the entire family got in on
this part. They never did get to bed that night.
The jailer made them feel at home, dressed their
wounds, and then he couldn't wait till morning!
He was baptized, he and everyone in his family.
There in his home, he had food set out for a
festive meal. It was a night to remember: He and
his entire family had put their trust in God;
everyone in the house was in on the celebration.
———————————————————————
PSALM 97 (UMH 816)
THE MESSAGE (MSG)
An enthronement psalm for YHWH. "All gods bow down before the LORD."God rules: there's something to shout over! On the double, mainlands and islands—celebrate! 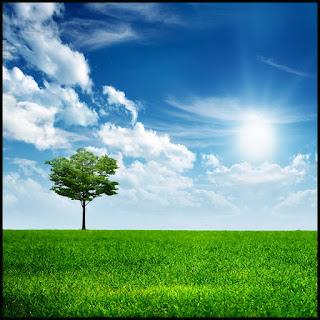 2 Bright clouds and storm clouds circle
'round him; 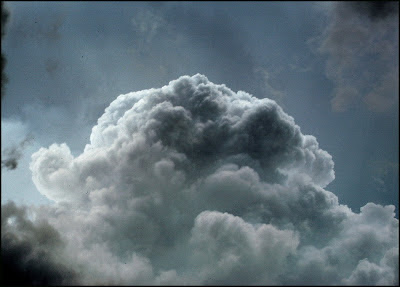 Right and justice anchor his rule.

3 Fire blazes out before him,
Flaming high up the craggy mountains.

4 His lightnings light up the world;
Earth, wide-eyed, trembles in fear. 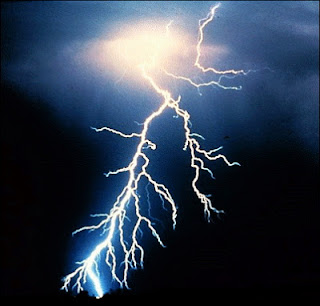 5 The mountains take one look at God
And melt, melt like wax before earth's Lord.

6 The heavens announce that he'll set every-
thing right,
And everyone will see it happen—glorious!

7-8 All who serve handcrafted gods will be
sorry—
And they were so proud of their ragamuffin
gods!

On your knees, all you gods—worship him!
And Zion, you listen and take heart!

Daughters of Zion, sing your hearts out:
God has done it all, has set everything right.

9 You, God, are High God of the cosmos,
Far, far higher than any of the gods.

10 God loves all who hate evil,
And those who love him he keeps safe,
Snatches them from the grip of the wicked.

12 So, God's people, shout praise to God,
Give thanks to our Holy God!
———————————————————————
REVELATION 22:12-21
THE MESSAGE (MSG)
This final chapter of Revelation offers a series of statements from Jesus announcing his identity as “Alpha and Omega.”"Blessed are those who wash their robes," who enter into deep community with Christ among those suffering around them.
12-13 "Yes, I'm on my way! I'll be there soon! I'm
bringing my payroll with me. I'll pay all people
in full for their life's work. I'm A to Z, the First
and the Final, Beginning and Conclusion.

14-15 "How blessed are those who wash their
robes! 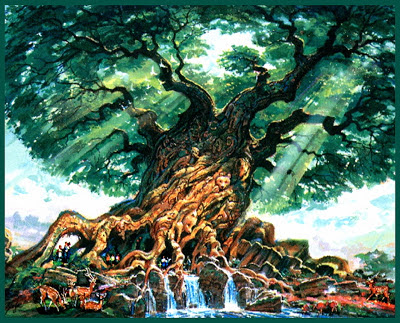 The Tree of Life is theirs for good, and they'll
walk through the gates to the City. But outside
for good are the filthy curs: sorcerers, fornicators,
murderers, idolaters—all who love and live lies.

16 "I, Jesus, sent my Angel to testify to these
things for the churches. I'm the Root and
Branch of David, the Bright Morning Star."

17 "Come!" say the Spirit and the Bride.
Whoever hears, echo, "Come!"
Is anyone thirsty? Come!
All who will, come and drink,
Drink freely of the Water of Life!

20 He who testifies to all these things says it
again: "I'm on my way! I'll be there soon!"

21 The grace of the Master Jesus be with all of
you. Oh, Yes!
———————————————————————
JOHN 17:20-26
THE MESSAGE (MSG)
We hear today from the "high priestly prayer" of Jesus, a prayer for complete unity of Father, Son and disciples through the Spirit. The language of these verses is like water from several streams flowing into a single river, or perhaps light or sound from several sources combining into a single intense color or a magnificent symphony.  The unity of disciples of Jesus in the face of their diversity and all adversity that may surround them is the longing of Jesus' prayer that all may know God's love.

20-23  I'm praying not only for them
But also for those who will believe in me
Because of them and their witness about me.
The goal is for all of them to become one
heart and mind—
Just as you, Father, are in me and I in you,
So they might be one heart and mind with us.
Then the world might believe that you, in fact,
sent me.
The same glory you gave me, I gave them,
So they'll be as unified and together as we are
— I in them and you in me.
Then they'll be mature in this oneness,
And give the godless world evidence
That you've sent me and loved them
In the same way you've loved me. 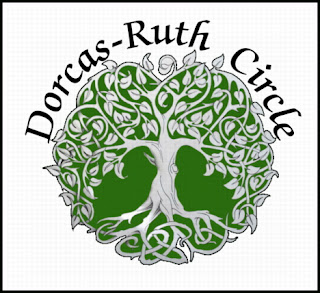 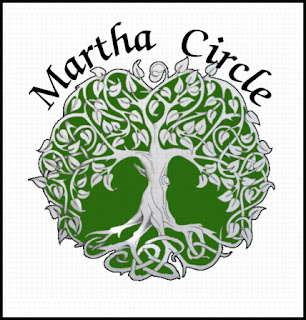 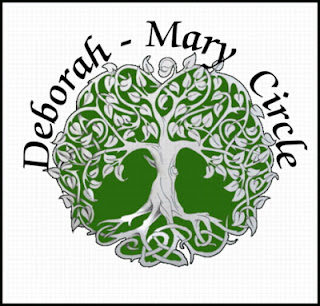