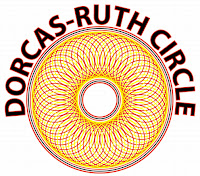 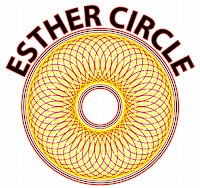 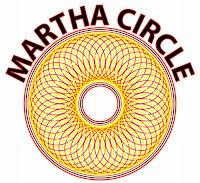 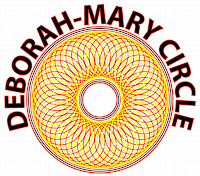 THIS IS LAITY SUNDAY — 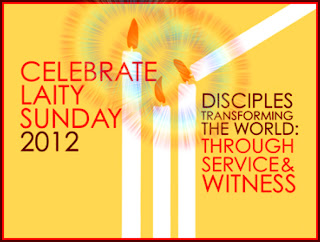 This year's theme is "Disciples Transforming
the World through Service and Witness,"
We affirm our vows as members of the United
Methodist Church. We promise "to be loyal to
Christ through The United Methodist Church
and do all in our power to strengthen its ministries;
to faithfully participate in its ministries by our
prayers, our presence, our gifts, our service, and
our witness."

Today is the Third Sunday in this year's
Season of Saints.

The global Christian saint is
MONICA OF AFRICA,  born in Carthage which
is modern-day Tunisia. She was the mother of
St. Augustine, who became bishop of Hippo
(in present day Algeria) an honored theologian
in the church. 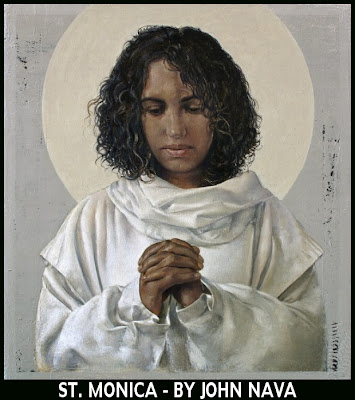 A native of North Africa, Monica (AD 333–387)
was the devoted mother of Saint Augustine.
Throughout her life she sought the spiritual
welfare of her children, especially that of her
brilliant son, Augustine. Widowed at a young
age, she devoted herself to her family, praying
many years for Augustine’s conversion. When
Augustine left North Africa to go to Italy, she
followed him to Rome and then to Milan.
There she had the joy of witnessing her son’s
conversion to the Christian faith. Weakened by
her travels, Monica died at Ostia, Italy on the
journey she had hoped would take her back
to her native Africa. Paintings of St. Augustine
and Monica often appear light skinned, fitting
for a French painter. Both were actually African.

This week's United Methodist heritage saint is
IDA BELL WELLS-BARNETT, teacher, activist,
journalist, and a tireless champion for the
rights of African Americans and women in the
area of Memphis and Chicago. 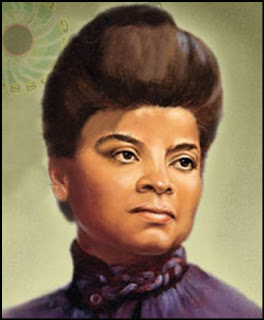 IDA B. WELLS-BARNETT (1862-1931)
EDUCATION:  Freedman's School, Rust College,
Fisk University.
Ida B. Wells was born a slave in Holly Springs,
Mississippi in 1862, just before Abraham Lincoln
issued the Emancipation Proclamation.
Both parents were slaves until freed under this
Proclamation, one year after she was born.
When she was 16 she lost her parents and brother
to a Yellow Fever epidemic.
She rose to national prestige as a fearless
campaigner against lynchings and for the rights
of African Americans. A journalist, editor, publisher,
founder and co-founder of activist organizations,
she pioneered investigative journalism and activist
methods we use today.
Despite this, she is not as well-known as her male
contemporaries Frederick Douglass,
W.E.B. DuBois, Washington Carver, Marcus Garvey.

Wells was inspired by her parents who were active
in the Reconstruction struggle for Black political
rights in Mississippi after the Civil War. Orphaned
at age 16, she became the caretaker and provider
for five siblings. In 1884, seventy-two years before
Rosa Parks and the Montgomery Bus Boycott,
Wells defied Jim Crow on the railways by refusing
to move from the first-class ladies coach into the
smoking car. It took three men to remove Wells
from the seat. Wells sued the railroad company and
won $500 in damages. Her report on this lawsuit
marked the beginning of her career as a journalist.

In 1892 Wells published SOUTHERN HORRORS:
LYNCHING IN ALL IT'S PHASES, a booklet that
confronted the “thread-bare lie” of rape to justify
violence against blacks.
She documented many cases in which black men
would be accused of rape after having a mutually
consensual relationship with a white women. To
make such arguments during the Victorian and
racist era in which she lived, enraged many whites
and even challenged the prejudices of some of
her Black colleagues. The office of her newspaper
in Memphis, the Free Speech, was destroyed after
she published an editorial on the this subject.

Wells would not be silenced. She traveled alone
throughout the South to investigate violence
against Blacks, taking statements from witnesses,
studying newspaper accounts, photographs and
records of lynchings.  At times, she hired private
investigators. She published The Red Record and
Mob Rule in New Orleans and collaborated with
Frederick Douglass on a pamphlet protesting the
exclusion of Blacks from the World’s Fair held in
Chicago in 1893. She was invited to address
audiences throughout the country and made two
trips to England to speak to groups of concerned
people on behalf of racial injustice, and gain the
support of activists there in her campaign against
lynching.

In 1895 Wells moved to Chicago and married
fellow activist, lawyer and newspaper publisher
Ferdinand Barnett. The couple had four children: 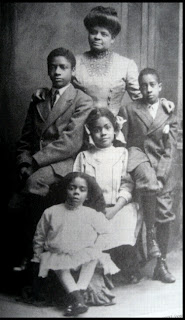 Charles, Herman, Ida, and Alfreda.  After having her
second child, Wells stepped out of her touring and
public life for a time, as she could no longer balance
her job with her family.  She became the editor of the
Chicago Conservator and co-founded several activist
organizations including the National Equal Rights
League and National Association of Colored Women.
She participated in the first meeting of a civil rights
organization called the Niagara Movement and helped
lay the essentials for the NAACP.  She criticized this
organization for its lack of militancy. She founded the
Alpha Suffrage Club, the first suffrage group for Black
women in Illinois and challenged white suffrage
organization's “neutrality” on Black suffrage for the
sake of a “larger cause.”
As the president of the Negro Fellowship League,
she established the first kindergarten serving Black
children in Chicago and a comprehensive service
center for Black migrants from the South. She also
worked as a probation officer and provided legal
advocacy for Black defendants. She visited people
in prison, attended their parole hearings.  She then
opened her home to many as they were released
from jail. 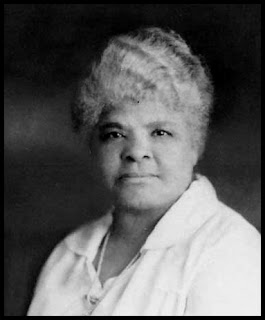 In her final years, Ida B. Wells-Barnett worked on
her autobiography, “Crusade for Justice: the
Autobiography of Ida. B. Wells”.
Wells died of uremia (kidney failure) in Chicago on
March 25, 1931, at the age of sixty-eight.
It was not until 40 years after her death that
Crusade for Justice was published, thanks to her
daughter, Alfreda Duster’s perseverance.
≈≈≈≈≈≈≈≈≈≈≈≈≈≈≈≈≈≈≈≈≈≈≈≈≈≈≈≈≈≈≈≈≈≈≈≈≈≈≈≈
JOB 38:1-7 (34-41)
† New International Reader's Version (NIRV)
A voice from the whirlwind (tornado) answers
Job and the friends with a series of questions
about their ability either to create or provide
for the universe, the earth, and its inhabitants.
Job brings us the beginning of God's reply to
the questions and challenges Job has raised
throughout the book.  God is fed up with all
the questions and challenges, and now
God is going to let Job have it.
JOB 38:1-7
FIRST SPEECH OF THE LORD 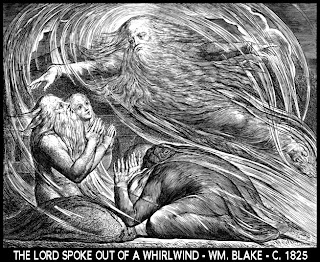 1 The Lord spoke to Job out of a whirlwind.
He said,
2 "Who do you think you are to disagree with
my plans?  You do not know what you are
talking about.
3 Get ready to stand up for yourself.
I will ask you some questions.
Then I want you to answer me. 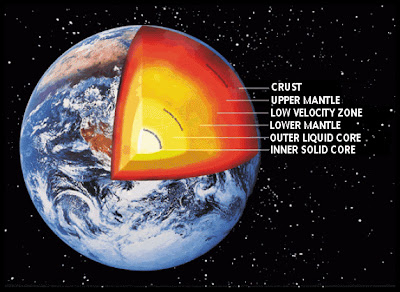 4 "Where were you when I laid the earth's
foundation?  Tell me, if you know.
5 Who measured it? I am sure you know!
Who stretched a measuring line across it?
6 What was it built on?
Who laid its most important stone?
7 When it happened, the morning stars sang 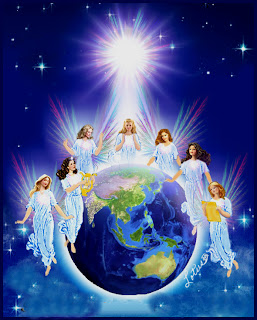 together. All of the angels shouted with joy.
JOB 38:34-41
34 "Can you give orders to the clouds?
Can you make them pour rain down on you?
35 Do you send the lightning bolts on their 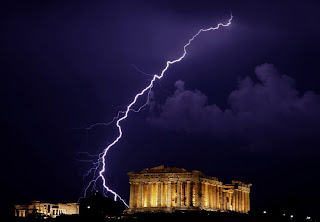 way?  Do they report to you, 'Here we are'?
36 Who put wisdom in people's hearts?
Who gave understanding to their minds?
37 Who is wise enough to count the clouds?
Who can tip over the water jars of heaven?
38 I tip them over when the ground becomes
hard.  I do it when the dirt sticks together.
39 "Do you hunt for food for mother lions? 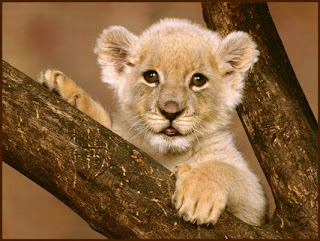 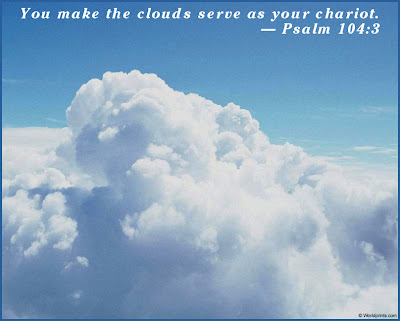 You make the clouds serve as your chariot.
You ride on the wings of the wind.
4 You make the winds serve as messengers.
You make flashes of lightning serve you. 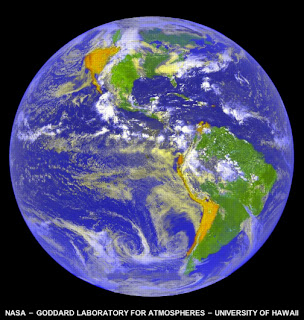 5 You placed the earth on its foundations.
It can never be moved.
6 You covered it with the oceans like a blanket.
The waters covered the mountains. 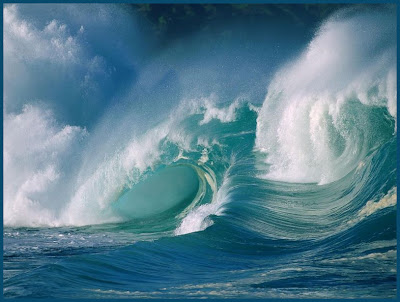 7 But you commanded the waters,
and they ran away.  At the sound of your thunder
they rushed off.
8 They flowed down the mountains.
They went into the valleys.
They went to the place you appointed for
them.
9 You drew a line they can't cross.
They will never cover the earth again.
——————————————————————
HEBREWS 5:1-10
† New International Reader's Version (NIRV)
Jesus exercised his high priesthood, created directly by God, as was Melchizedek's, through petitions, prayers, sufferings, and obedience. Hebrews has a thematic link — servant leadership.
HEBREWS 5:1-10
1 Every high priest is chosen from among men.
He is appointed to act for them in everything
that has to do with God. He offers gifts and
sacrifices for their sins.
2 He is able to deal gently with those who have
gone down the wrong path without knowing it.
He can do that because he himself is weak.
3 That's why he has to offer sacrifices for his
own sins. He must also do it for the sins
of the people.
4 No one can take that honor for himself. He must
be appointed by God, just as Aaron was.
5 Even Christ did not take the glory of becoming
a high priest for himself. God said to him,
"You are my Son.
Today I have become your Father." -(Psalm 2:7)
6 In another place he said,
"You are a priest forever,
just like Melchizedek." —(Psalm 110:4)
7 Jesus prayed while he lived on earth. He
made his appeal with loud cries and tears. He
prayed to the One who could save him from
death. God heard him because he truly
honored God. 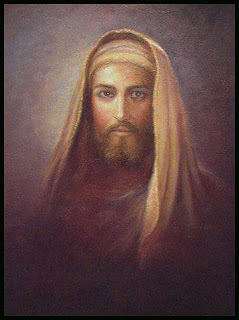 8 Jesus was God's Son. But by suffering he
learned what it means to obey.
9 In that way he was made perfect. Eternal
salvation comes from him. He saves all those
who obey him.
10 God appointed him to be the high priest,
just like Melchizedek.
————————————————————
MARK 10:35-45
† New International Reader's Version (NIRV)
Mark today has one thematic link as well —
servant leadership.
This is the  boldest misunderstanding yet of
leadership and position in God's kingdom by
disciples of Jesus.
Leadership is service, not honor and prestige.
Position is gained through suffering and
God's spirit, not through self-promotion,
partisanship and favoritism.
JAMES AND JOHN ASK A FAVOR OF JESUS
35 James and John came to Jesus. They were
the sons of Zebedee. "Teacher," they said, 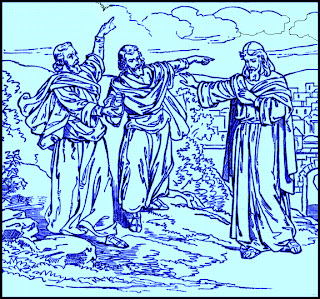 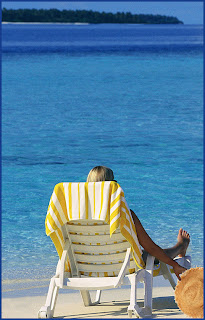 Casey's Worship will be at CASEY U.M.C.
- then move to the Casey Community building
for dinner.   M-m-m-m-m, good.