REMINDERS —
TUESDAY, SEPTEMBER 11TH —
This is Patriot Day.
Eleven years ago the events of this day shocked
the United States out of it's complacency. Before
this day, terrorist acts were inconceivable.
You have heard the story countless times and
maybe watched it play out on TV, as I did, but
sometimes a reminder keeps us cognizant of our
blessings, and wise enough to avoid recurrence.
• September 11, 2001, four planes were hijacked.
The hijackers then deliberately flew three of the
planes into the Pentagon in Washington DC and
the Twin Towers of the World Trade Center in
New York City. The fourth crashed into a field
near Shanksville, Pennsylvania. The loss of life
and damage that these hijackings caused form
the most monumental act of terrorism ever on
United States soil. Nearly 3000 people died in the
attacks and the economic impact was immense. 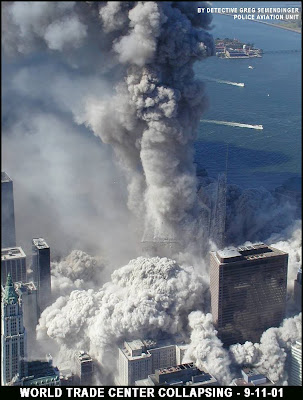 SCRIPTURE READINGS:
PROVERBS 1:20-33 New International Reader's Version (NIRV)
Proverbs is about the consequences of
ignoring the call of wisdom. Lady Wisdom
has been speaking and calling out in the key
gathering places of the community - - the city
gates, the town squares, city streets, and the
marketplace - - but few if any seem to heed
her call. She seems almost ready to give up
on them entirely. So she changes tactics, from
calling people to wisdom and the fear of the
Lord to making sure everyone knows the ruin
they are heading for if they do not start paying
attention.
A WARNING AGAINST TURNING AWAY
FROM WISDOM
20 Wisdom calls out in the street.
She raises her voice in public places.
21 At the noisy street corners she cries out.
Here is what she says near the gates of
the city.
22 "How long will you childish people love your
childish ways?
How long will you rude people enjoy making
fun of God and others?
How long will you foolish people hate
knowledge?
23 Suppose you had paid attention to my warning.
Then I would have poured out my heart to you.
I would have told you what I was thinking.
24 But you turned away from me when I called
out to you.
None of you paid attention when I reached
out my hand.
25 You turned away from all my advice.
You wouldn't accept my warning.
26 So I will laugh at you when you are in danger.
I will make fun of you when hard times come.
27 I will laugh when hard times hit you like a storm.
I will laugh when danger comes your way like
a windstorm.
I will make fun of you when suffering and
trouble come.
28 "Then you will call to me. But I won't answer.
You will look for me. But you won't find me.
29 You hated knowledge.
You didn't choose to have respect for the Lord.
30 You wouldn't accept my advice.
You turned your backs on my warnings.
31 So you will eat the fruit of the way you have
lived.
You will choke on the fruit of what you have
planned.
32 "Childish people go down the wrong path.
They will die.
Foolish people are satisfied with the way they
live. They will be destroyed.
33 But those who listen to me will live in safety.
They will not worry. They won't be afraid of
getting hurt."
—————————————————————
PSALM 19 (UMH 750)New International Reader's Version (NIRV)This psalm is a composite of two earlier and
rather different psalms: verses 1-6 on
creation; verses 11-14 on the law of the Lord.

A PSALM OF DAVID
1 The heavens tell about the glory of God.
The skies show that his hands created them. 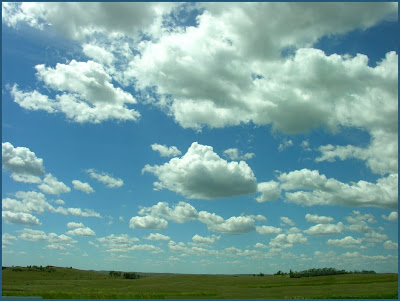 2 Day after day they speak about it.
Night after night they make it known. 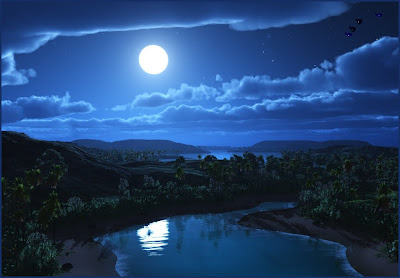 3 But they don't speak or use words.
No sound is heard from them.
4 At the same time, their voice goes out into
the whole earth.
Their words go out from one end of the world
to the other.
God has set up a tent in the heavens for the sun. 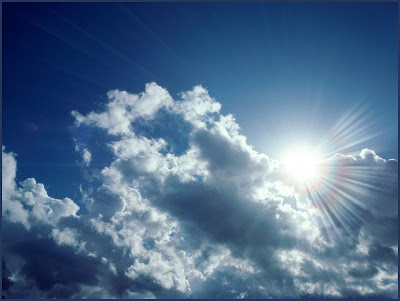 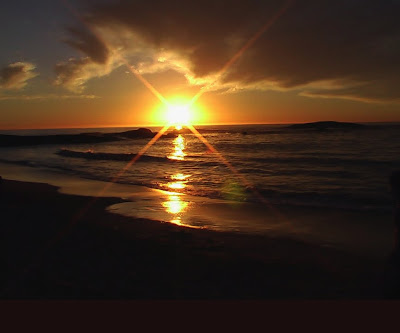 Nothing can hide from its heat.
7 The law of the Lord is perfect.
It gives us new strength.
The laws of the Lord can be trusted.
They make childish people wise.
8 The rules of the Lord are right.
They give joy to our hearts.
The commands of the Lord shine brightly.
They give light to our minds.
9 The law that brings respect for the Lord is pure.
It lasts forever.
The directions the Lord gives are true.
All of them are completely right.
10 They are more priceless than gold.
They have greater value than huge amounts
of pure gold.
They are sweeter than honey
that is taken from the honeycomb. 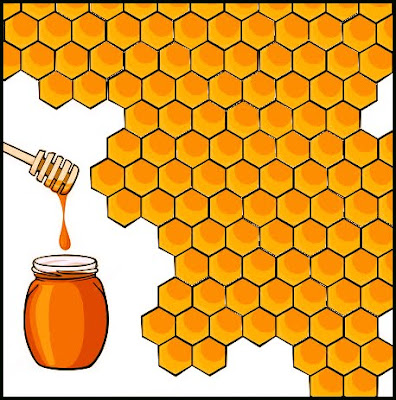 11 I am warned by them.
When I obey them, I am greatly rewarded.
12 Can I know my mistakes?
Forgive my hidden faults.
13 Keep me also from the sins I want to commit.
May they not be my master.
Then I will be without blame.
I will not be guilty of any great sin against
your law.
14 Lord, may the words of my mouth and the
thoughts of my heart
be pleasing in your eyes.
You are my Rock and my Redeemer.
—————————————————————
JAMES 3:1-12New International Reader's Version (NIRV)Extended instruction on the dangers of the
tongue and the challenge involved in
disciplining it.

There are consequences when we don't.
James includes a number of images: a horse
with a bit, a large ship piloted by a small
rudder, and the tongue setting a forest ablaze,
staining the whole body, set on fire by hell
itself. Those who teach, James reminds, will
be under greater scrutiny, not just about what
they say, but about how they actually live.
It appears that people who are eloquent may
be considered "perfect" because of their
eloquence, since they have learned how to
discipline their speech so well.
The Greek conveys a slightly different sense:
"If someone in speaking does not stumble
[i.e., sin], that one is mature, a man capable
of keeping the whole body under check."
Not so much eloquence, but integrity. CONTROL WHAT YOU SAY
1 My brothers and sisters, most of you shouldn't
want to be teachers. You know that those of us
who teach will be held more accountable.
2 All of us get tripped up in many ways.
Suppose someone is never wrong in what he
says. Then he is a perfect man. He is able to
keep his whole body under control.
3 We put a bit in the mouth of a horse to make
it obey us. We can control the whole animal
with it.
4 And how about ships? They are very big.
They are driven along by strong winds. But
they are steered by a very small rudder. 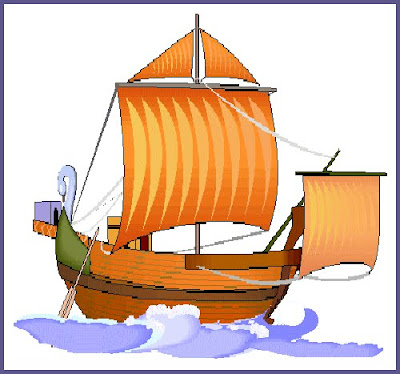 It makes them go where the captain wants to go.
5 In the same way, the tongue is a small part of
the body. But it brags a lot. Think about how a
small spark can set a big forest on fire.
6 The tongue also is a fire. The tongue is the
most evil part of the body. It pollutes the whole
person. It sets a person's whole way of life on
fire. And the tongue is set on fire by hell.
7 People have controlled all kinds of animals,
birds, reptiles and creatures of the sea. They still
control them.
8 But no one can control the tongue. It is an evil
thing that never rests. It is full of deadly poison.
9 With our tongues we praise our Lord and Father.
With our tongues we call down curses on people.
We do it even though they have been created to
be like God.
10 Praise and cursing come out of the same
mouth. My brothers and sisters, it shouldn't be
that way.
11 Can fresh water and salt water flow out of
the same spring?
12 My brothers and sisters, can a fig tree bear
olives? Can a grapevine bear figs? Of course
not. And a saltwater spring can't produce fresh
water either.
—————————————————————
MARK 8:27-38New International Reader's Version (NIRV)
Peter confesses Jesus is the Christ. Jesus
teaches his disciples about the realities of
his messiahship — rejection, suffering,
death, and then resurrection. Peter rebukes
Jesus privately. Jesus rebukes Peter
publically, calling him Satan. Jesus teaches
all who will hear that his followers must deny
themselves, take up the crucifix, and follow
where he leads.
PETER SAYS THAT JESUS IS THE CHRIST
27 Jesus and his disciples went on to the
villages around Caesarea Philippi. On the way
he asked them, "Who do people say I am?"
28 They replied, "Some say John the Baptist.
Others say Elijah. Still others say one of the
prophets."
29 "But what about you?" he asked. "Who do
you say I am?"
Peter answered, "You are the Christ."
30 Jesus warned them not to tell anyone
about him.
JESUS TELLS ABOUT HIS COMING DEATH
31 Jesus then began to teach his disciples. He
taught them that the Son of Man must suffer
many things. He taught them that the elders
would not accept him. The chief priests and the
teachers of the law would not accept him either.
He must be killed and after three days rise again.
32 He spoke clearly about this. Peter took Jesus
to one side and began to scold him.
33 Jesus turned and looked at his disciples. He
scolded Peter. "Get behind me, Satan!" he said.
"You are not thinking about the things of God.
Instead, you are thinking about human things." 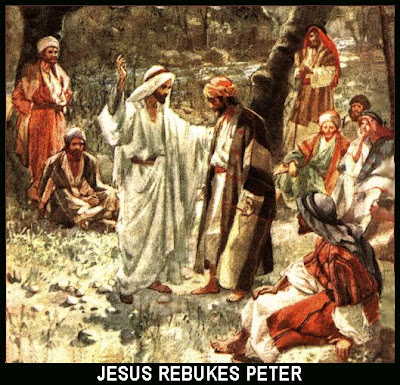 34 Jesus called the crowd to him along with his
disciples. 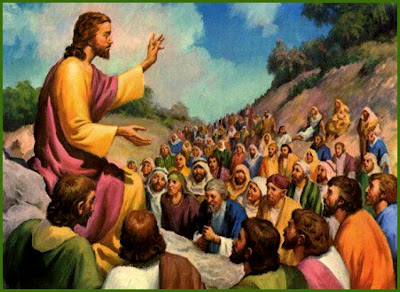 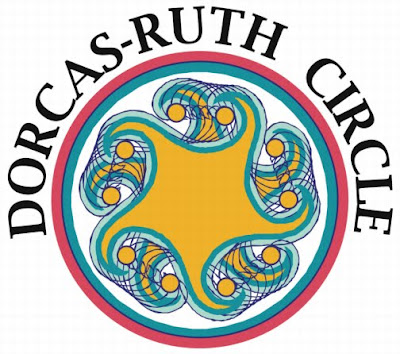 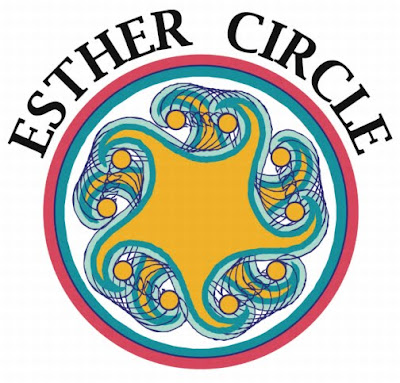 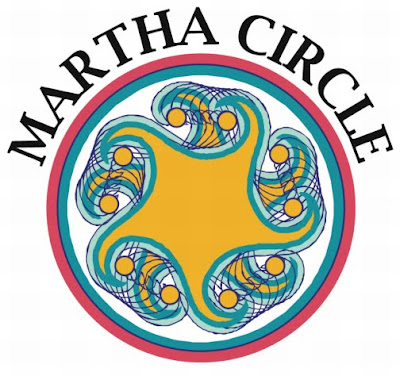 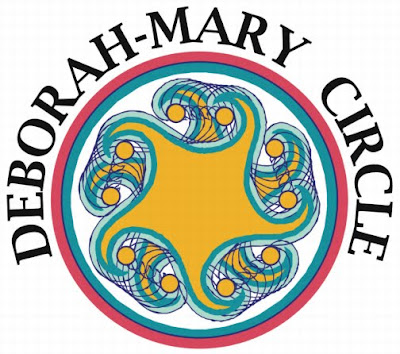 ≈≈≈≈≈≈≈≈≈≈≈≈≈≈≈≈≈≈≈≈≈≈≈≈≈≈≈≈≈≈≈≈≈≈≈≈≈≈≈
FUTURE FOCUS —
WEDNESDAY, SEPTEMBER 26TH —
• Adair and Casey Finance Meeting in
Casey U.M.C. at 6:30 P.M. with - - -
• AD Council Meeting following at 7 P.M.
≈≈≈≈≈≈≈≈≈≈≈≈≈≈≈≈≈≈≈≈≈≈≈≈≈≈≈≈≈≈≈≈≈≈≈≈≈≈≈
Our Proverbs reading focuses on “wisdom”
this week. Wisdom is a broad term that
covers considerable territory. This is one
concept.
Wisdom is a deep understanding and realization
of people, things, events or situations, resulting
in the ability to apply perceptions, judgements
and actions in keeping with this understanding.
It often requires control of one's emotions and
passions so that universal principles, reason and
knowledge prevail to determine one's actions.
Wisdom is also the comprehension of what is
true coupled with optimum judgment as to action.
— Wikipedia
It is not a simple thing, wisdom. Common sense,
good judgement - these things take decades to
experience and absorb. What are some words of
wisdom that have played an important part in your
life?