OUR WEEK-AUGUST 19TH TO AUGUST 25TH 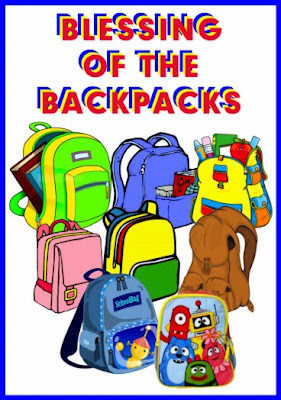 ANY ELEMENTARY, HIGH SCHOOL, OR COLLEGE STUDENT MAY BRING ABACKPACK FOR A BLESSING - - - OR TWO.
BLESSINGS WILL BE GIVEN AT EACH CHURCH.
———————————————————————
OUR SCRIPTURE READINGS ARE —
1 KINGS 2:10-12; 3:3-14 New International Reader's Version (NIRV)
We see the uneasy but "successful" succession
of royal power from David to Solomon. Solomon
succeeds David as King and follows David's
advice to consolidate his power by isolating or
ordering the death of David's most powerful
adversaries. Some years later, he has a dream
in which he asks the Lord for discernment to
govern, and God promises him wisdom beyond
that of any before or since.
1 KINGS 2:10-12
10 David joined the members of his family who
had already died. His body was buried in the City
of David.
11 He had ruled over Israel for 40 years. He ruled
for seven years in Hebron. Then he ruled for
33 years in Jerusalem. 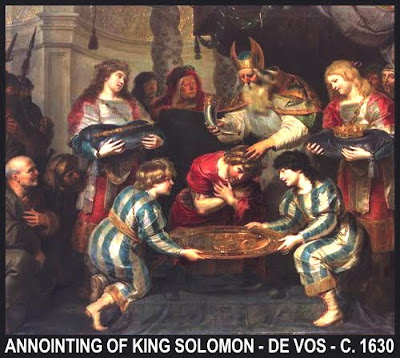 12 So Solomon sat on the throne of his father David.
His position as king was made secure.
1 KINGS 3:3-14
3 Solomon showed his love for the Lord. He did it
by obeying the laws his father David had taught him.
But Solomon offered sacrifices at the high places.
He also burned incense there.
4 King Solomon went to the city of Gibeon to offer
sacrifices. That's where the most important high
place was. He offered 1,000 burnt offerings on the
altar that was there.
5 The Lord appeared to Solomon at Gibeon. He
spoke to him in a dream during the night. God said,
"Ask for anything you want me to give you."
6 Solomon answered, "You have been very kind to
my father David, your servant. That's because he
was faithful to you. He did what was right. His heart
was honest. And you have continued to be very
kind to him. You have given him a son to sit on his
throne this very day. 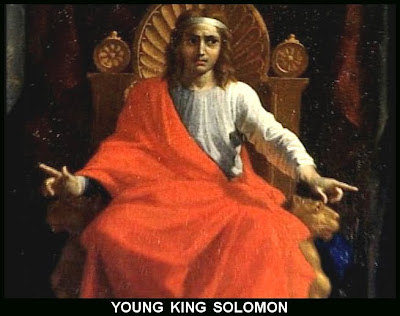 7 "Lord my God, you have now made me king.
You have put me in the place of my father David.
But I'm only a little child. I don't know how to carry
out my duties.
8 I'm here among the people you have chosen.
They are a great nation. They are more than
anyone can count.
9 So give me a heart that understands. Then I can
rule over your people. I can tell the difference
between what is right and what is wrong. Who can
possibly rule over this great nation of yours?"
10 The Lord was pleased that Solomon had asked
for that.
11 So God said to him, "You have not asked to live
for a long time. You have not asked to be wealthy.
You have not even asked to have your enemies killed.
Instead, you have asked for understanding. You
want to do what is right and fair when you judge
people. Because that is what you have asked for,
12 I will give it to you. I will give you a wise and
understanding heart. So here is what will be true
of you. There has never been anyone like you.
And there never will be.
13 "And that is not all. I will give you what you have
not asked for. I will give you riches and honor. As
long as you live, no other king will be as great
as you are.
14 Live the way I want you to. Obey my laws and
commands, just as your father David did. Then I
will let you live for a long time." 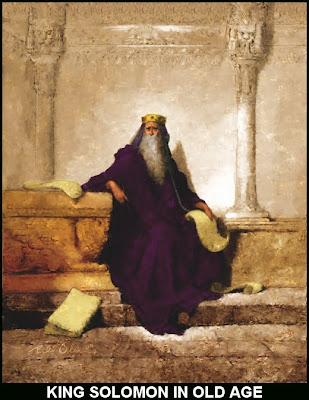 ——————————————————————
PSALM 111 (UMH 832)New International Reader's Version (NIRV)
A psalm of praise in a time of national and
religious stability and prosperity. PRAISE THE LORD
1 I will praise the Lord with all my heart.
I will praise him where honest people gather for
worship.
2 The Lord has done great things.
All who take delight in what he has done will
spend time thinking about it.
3 What he does shows his glory and majesty.
He will always do what is right.
4 The Lord causes his miracles to be remembered.
He is kind and tender.
5 He provides food for those who have respect
for him. He remembers his covenant forever.
6 He has shown his people what his power can do.
He has given them the lands of other nations.
7 He is faithful and right in everything he does.
All his rules can be trusted.
8 They will stand firm for ever and ever.
They were given by the Lord.
He is faithful and honest.
9 He set his people free.
He made a covenant with them that will last forever.
His name is holy and wonderful.
10 If you really want to become wise,
you must begin by having respect for the Lord.
All those who follow his rules have good
understanding. People should praise him forever.
———————————————————————
EPHESIANS 5:15-20 New International Reader's Version (NIRV)
Being wise and sober, grounded in the Spirit through personal and corporate practices of
praise
is commendable. The churches are
advised to be clear minded and grounded in the
Holy Spirit. The regular singing of psalms, 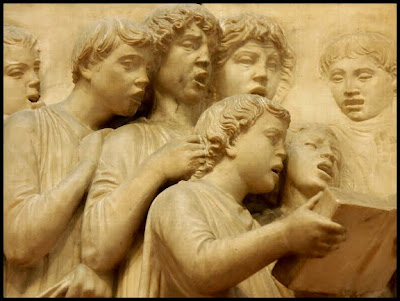 hymns, and spiritual songs and giving thanks
to God in all things are good practices to
sustain such groundedness.
15 So be very careful how you live. Do not live
like people who aren't wise. Live like people who
are wise.
16 Make the most of every opportunity. The days
are evil.
17 So don't be foolish. Instead, understand what
the Lord wants.
18 Don't fill yourself up with wine. Getting drunk
will lead to wild living. Instead, be filled with the
Holy Spirit.
19 Speak to each other with psalms, hymns and
spiritual songs. Sing and make music in your
heart to the Lord. 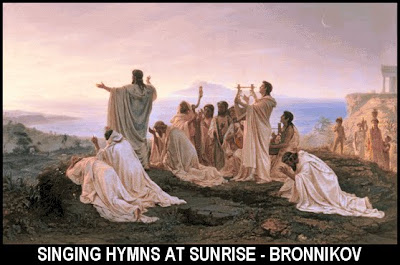 20 Always give thanks to God the Father for
everything. Give thanks to him in the name of
our Lord Jesus Christ.
———————————————————————
JOHN 6:51-58 New International Reader's Version (NIRV)
Holy Communion is sharing in the body and
blood of Christ. Here the language of eating
the flesh and drinking the blood of Christ
becomes graphic and specific. The meaning
of the teaching for the gospel's audience:
Those who receive the blessed and
transformed bread and wine have eternal life.
Indeed, the gospel commends Holy Communion
as THE means, par excellence, of abiding in
Jesus Christ (verse 56).
51 I am the living bread that came down from
heaven. Everyone who eats some of this bread will
live forever. The bread is my body. I will give it for
the life of the world."
52 Then the Jews began to argue sharply among
themselves. They said, "How can this man give us
his body to eat?"
53 Jesus said to them, "What I'm about to tell you is
true. You must eat the Son of Man's body and drink
his blood. If you don't, you have no life in you. 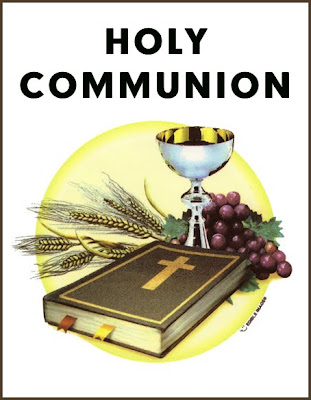 54 Anyone who eats my body and drinks my blood
has eternal life. I will raise him up on the last day.
55 "My body is real food. My blood is real drink. 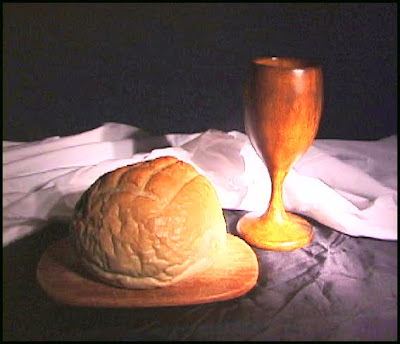 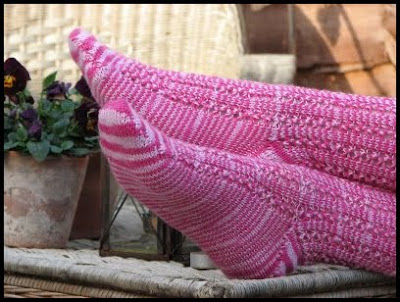 This is a great opportunity to introduce your
child to, or reacquaint your child with the
scholastic environment.