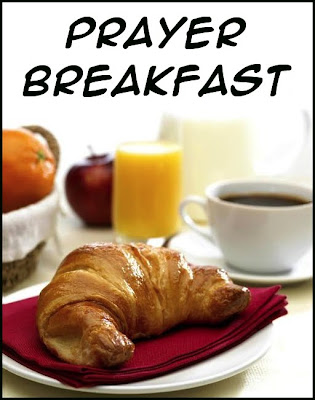 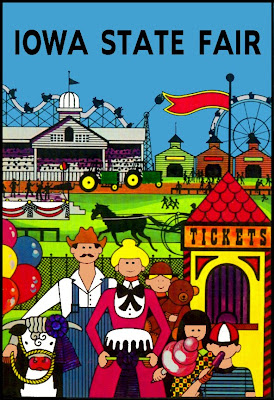 COLOR: GREEN
SCRIPTURE READINGS:2 SAMUEL 18:5-9, 15, 31-33 New International Reader's Version (NIRV)
Sinful actions provoked a curse from God on
David's family that we see coming about in
part in this reading, the execution of Absalom.
David's son Absalom had begun a civil war
against his father, revolting against his father's
reign. He gathered an army around himself,
taking over the palace in Jerusalem, forcing
David to flee. He had public copulation with
his father's leading concubines on the roof
of the palace, and set his army out to attack
and destroy David's remaining army. Still, as
we read today, David ordered his army
commanders to "deal gently" with Absalom.
• Contrary to original plans, the battle was
fought primarily in the forests of the territory
of Ephraim. That location proved treacherous
for Absalom's army and Absalom himself. He,
like many of his men, found themselves
knocked senseless or stuck in the trees. When
Absalom managed to get his own head stuck
in a tree, Joab (David's military commander)
ordered Absalom executed on the spot. After
he was killed, he was brought to David. When
David receives his son, his grief knows no
bounds. He wept bitterly, as any father would.

2 SAMUEL 18:5-9
5 The king gave an order to Joab, Abishai and
Ittai. He commanded them, "Be gentle with the
young man Absalom. Do it for me." All of the
troops heard the king give the commanders that
order about Absalom. 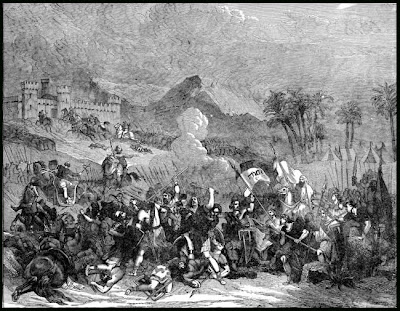 6 David's army marched into the field to fight
against Israel. The battle took place in the forest
of Ephraim.
7 There David's men won the battle over Israel's
army. A huge number of men were wounded or
killed that day. The total number was 20,000.
8 The fighting spread out over the whole
countryside. But more men were killed in the
forest that day than out in the open.
9 Absalom happened to come across some of
David's men. He was riding his mule. The mule
went under the thick branches of a large oak
tree. Absalom's head got caught in the tree. He
was left hanging in the air. The mule he was
riding kept on going. 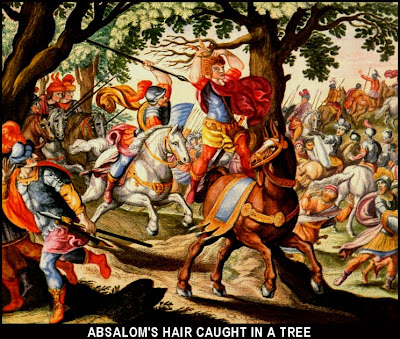 2 SAMUEL 18:15
15 Ten of the men who were carrying Joab's
armor surrounded Absalom. They struck him
down and killed him.
2 SAMUEL 18:31-33
31 Then the man from Cush arrived. He said,
"You are my king and master. I'm bringing you
some good news. The Lord has saved you today
from all those who were trying to kill you."
32 The king asked the man from Cush, "Is the
young man Absalom safe?"
The man replied, "King David, may your
enemies be like that young man. May all those
who rise up to harm you be like him."
33 The king was very upset. He went up to the
room over the entrance of the gate and sobbed. 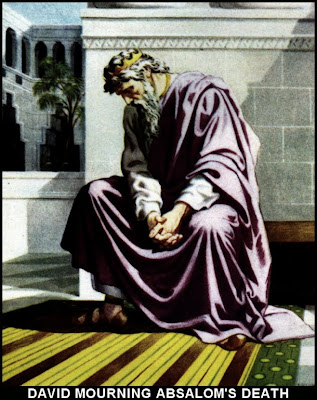 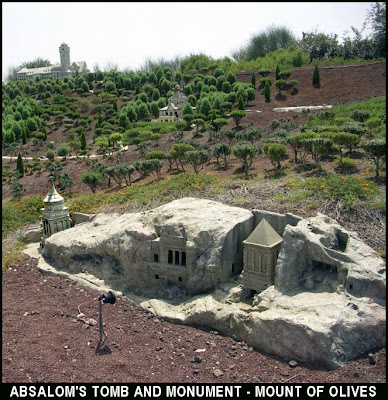 A Latin version of David's lament has been
set to choral music by many composers in the
West - Bach, Mendelssohn, Mozart, Liszt,
Handel, to name a few.
A SONG FOR THOSE WHO GO UP TO
JERUSALEM TO WORSHIP THE LORD. 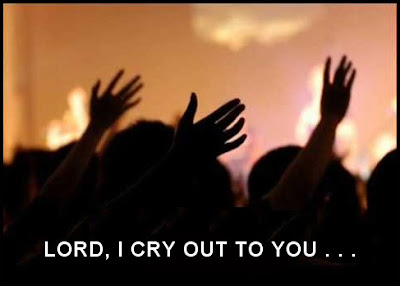 1 Lord, I cry out to you
because I'm suffering so deeply.
2 Lord, listen to me.
Pay attention to my cry for your favor.
3 Lord, suppose you kept a record of sins.
Lord, who then wouldn't be found guilty?
4 But you forgive.
So people have respect for you.
5 With all my heart I wait for the Lord to help me.
I put my hope in his word.
6 I wait for the Lord to help me.
I wait with more longing than those on guard
duty wait for the morning.
I'll say it again.
I wait with more longing than those on guard
duty wait for the morning.
7 Israel, put your hope in the Lord,
because the Lord's love never fails.
He sets his people completely free.
8 He himself will set Israel
free from all of their sins.
—————————————————————
EPHESIANS 4:25-5:2
New International Reader's Version (NIRV)
According to tradition, Paul wrote this letter while he was in prison in Rome (about 62 AD). He encourages the congregations to give up practices that lead to broken relationships with God and others and engage in practices that build up community. Paul spent more thantwo years in Ephesus and was emotionally attached to the believers there. This letter to Ephesus, would have personal reference and warmth.
25 So each of you must get rid of your lying.
Speak the truth to your neighbor. We are all parts
of one body.
26 Scripture says, "When you are angry, do not
sin."—(Psalm 4:4) Do not let the sun go down
while you are still angry.
27 Don't give the devil a chance.
28 Those who have been stealing must never
steal again. Instead, they must work. They must
do something useful with their own hands. Then
they will have something to give to people in need.
29 Don't let any evil talk come out of your mouths.
Say only what will help to build others up and meet
their needs. Then what you say will help those who
listen.
30 Do not make God's Holy Spirit sad. He marked
you with a seal for the day when God will set you
completely free.
31 Get rid of all hard feelings, anger and rage.
Stop all fighting and lying. Put away every form
of hatred.
32 Be kind and tender to one another. Forgive
each other, just as God forgave you because of
what Christ has done.


EPHESIANS 5
1 You are the children that God dearly loves. So
be just like him.
2 Lead a life of love, just as Christ did. He loved
us. He gave himself up for us. He was a sweet
smelling offering and sacrifice to God.
—————————————————————
JOHN 6:35, 41-51
New International Reader's Version (NIRV)
Jesus says the Father, not his own teaching,
draws people to "eat of him," "the true bread
that is coming down from heaven." Those
who "eat of him" are receiving eternal life.
JOHN 6:35
35 Then Jesus said, "I am the bread of life. No
one who comes to me will ever go hungry. And
no one who believes in me will ever be thirsty.
JOHN 6:41-51
41 Then the Jews began to complain about
Jesus. That was because he said, "I am the
bread that came down from heaven."
42 They said, "Isn't this Jesus, son of Joseph?
Don't we know his father and mother? How can
he now say, 'I came down from heaven'?"
43 "Stop complaining among yourselves," Jesus
answered. 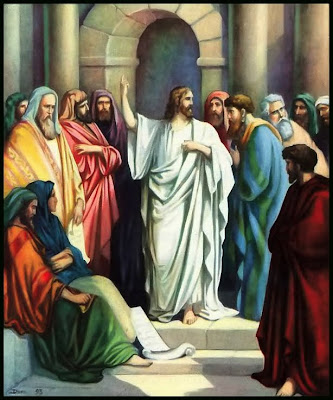 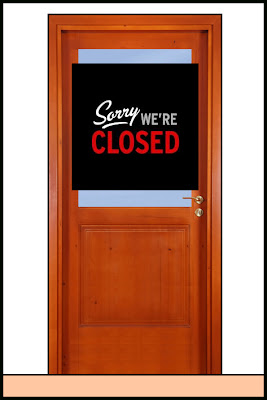 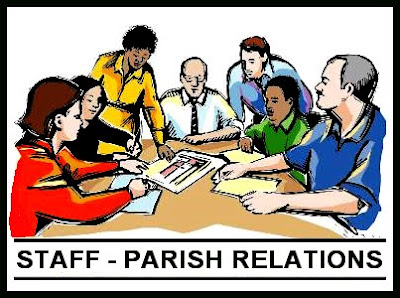