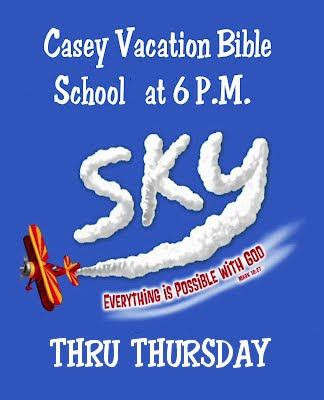 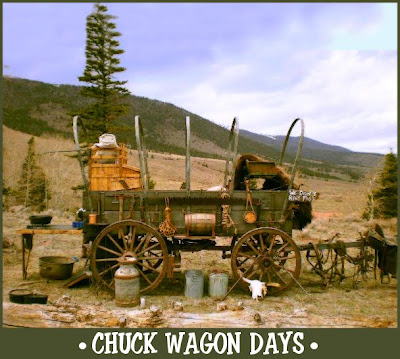 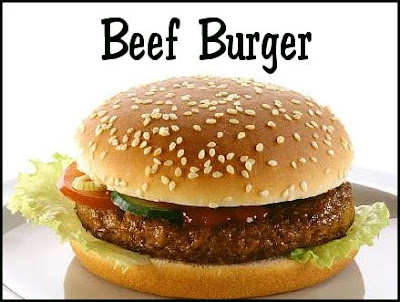 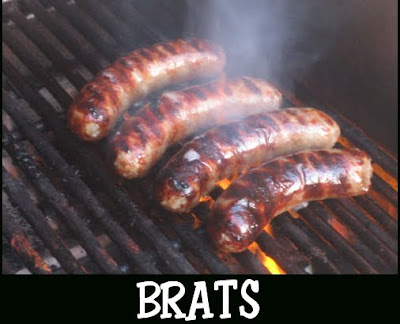 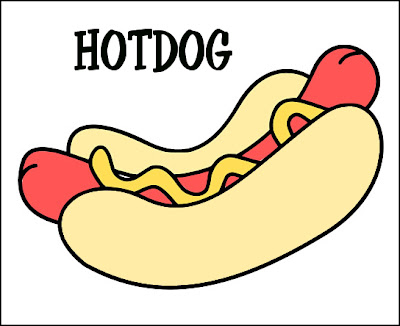 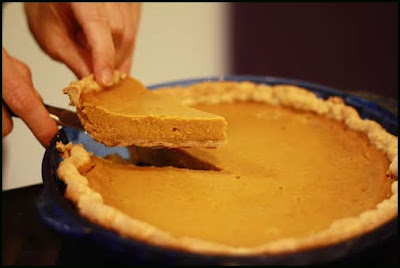 SCRIPTURE READINGS FOR TODAY:
2 SAMUEL 7:1-14
NEW INTERNATIONAL READER'S VERSION
(NIRV)
The transition from a wandering people to
a settled people with a king and a unified
and official religious life is all but complete
as we reach this point. Our first reading is
suggestive of a "tent meeting" theme. You
may recall the tent meeting traditions of
years ago and singing "old revival songs"
(or gospel songs). Always remember that
worship isn't about the experience of
worship! It's about being the people of God
who offer themselves as fully as they can
to do God's work.
• The only thing missing, David comes to
realize, is a temple. He notes, their God is
still worshiped in a tent. David tells Nathan
of his intentions to build a permanent house
for the God of Israel, and Nathan initially
approves. That night, God tells Nathan that
David is not to build a house for God, but
that God will build a house (dynasty) for David.
It is one of David's offspring (Solomon) who
would later build a house for God. In fact,
the David dynasty over all twelve tribes
essentially ends with Solomon!
GOD MAKES A PROMISE TO DAVID
1 The king settled down in his palace. 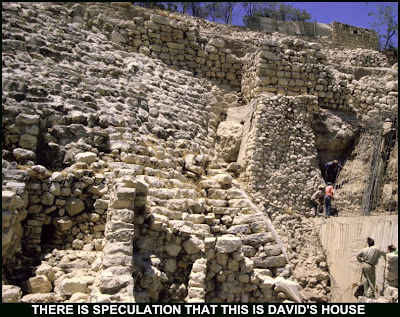 The Lord had given him peace and rest from all
of hisenemies who were around him. 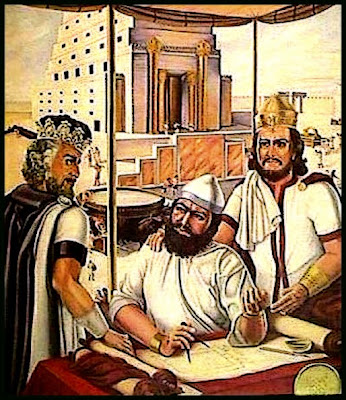 2 Then the king spoke to the prophet Nathan.
He said, "Here I am, living in a palace that has
beautiful cedar walls. 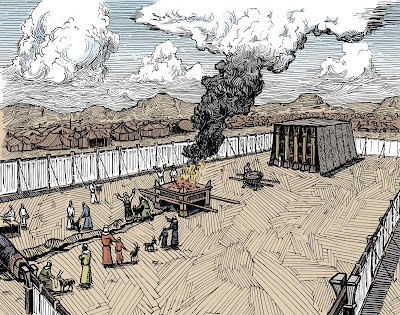 But the ark of God remains in a tent."
3 Nathan replied to the king, "Go ahead and do
what you want to. The Lord is with you."
4 That night the word of the Lord came to
Nathan. The Lord said,
5 "Go and speak to my servant David. Tell him,
'The Lord says, "Are you the one to build me a
house to live in?
6 I have not lived in a house from the day I
brought the people of Israel up out of Egypt
until now. I have been moving from place to
place. I have been living in a tent.
7 I have moved from place to place with all of
the people of Israel. I commanded their rulers
to be shepherds over them. I never asked any
of those rulers, 'Why haven't you built me a
house that has beautiful cedar walls?' " '
8 "So tell my servant David, 'The Lord who
rules over all says, "I took you away from the
grasslands. That's where you were taking care
of your father's sheep and goats. I made you
ruler over my people Israel.
9 I have been with you everywhere you have
gone. I cut off all of your enemies when you
were attacking them.
" ' "Now I will make you famous. Your name
will be just as respected as the names of the
most important people on earth.
10 I will provide a place where my people Israel
can live. I will plant them in the land. Then they
will have a home of their own. They will not be
bothered anymore. Evil people will no longer
crush them, as they did at first.
11 That is what your enemies have done ever
since I appointed leaders over my people Israel.
But I will give you peace and rest from all of them.
" ' "I tell you that I myself will set up a royal
house for you.
12 Some day your life will come to an end. You
will join the members of your family who have
already died. Then I will make one of your own
sons the next king after you. And I will make
his kingdom secure.
13 He is the one who will build a house where
I will put my Name.
" ' "I will set up the throne of his kingdom.
It will last forever.
14 I will be his father. And he will be my son.
When he does what is wrong, I will use other
men to beat him with rods and whips.
——————————————————————
PSALM 89:20-37 (UMH 807)
NEW INTERNATIONAL READER'S VERSION
(NIRV)
A poetic, musical version of God's promise/covenant to establish David's throne.
20 I have found my servant David.
I have poured my sacred oil on his head.
21 My powerful hand will keep him going.
My mighty arm will give him strength.
22 No enemies will require him to bring gifts to
them.
No evil person will beat him down.
23 I will crush the king's enemies.
I will completely destroy them.
24 I will love him and be faithful to him.
Because of me his power will increase.
25 I will give him a great kingdom.
It will reach from the Mediterranean Sea to
the Euphrates River. 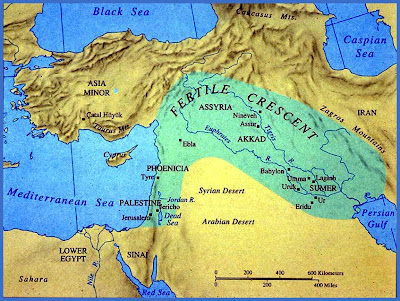 26 He will call out to me, 'You are my Father.
You are my God. You are my Rock and
Savior.'
27 I will also make him my oldest son.
Among all the kings of the earth, he will be
the most important one.
28 I will continue to love him forever.
I will never break my covenant with him.
29 I will make his family line continue forever.
His kingdom will last as long as the heavens.
30 "What if his sons turn away from my laws
and do not follow them?
31 What if they disobey my orders
and fail to keep my commands?
32 Then I will punish them for their sins.
I will strike them with the rod.
I will whip them for their evil acts.
33 But I will not stop loving David.
I will always be faithful to him.
34 I will not break my covenant.
I will not go back on my word.
35 Once and for all, I have made a promise
with an oath.
It is based on my holiness.
And I will not lie to David.
36 His family line will continue forever.
His kingdom will last as long as the sun.
37 It will last forever like the moon,
that faithful witness in the sky."
Selah (Stop and listen)
——————————————————————
EPHESIANS 2:11-22
NEW INTERNATIONAL READER'S VERSION
(NIRV)
Ephesians was not written to a single
congregation, but to a circuit of perhaps
seven distinct Christian communities in
seven different towns in the greater Ephesus
area of Asia Minor. We make an educated
guess that they were Smyrna, Pergamum,
Thyatira, Sardis, Philadelphia, and
Laodicea. The core issue at Ephesus, and
likely a significant issue elsewhere, was
how to live as a Christian community that
embraced both Jews and non-Jews at the
same time. God intends to enact
reconciliation through the church by bringing
divided humanity (Jews and Gentiles) into
one new humanity in Jesus Christ. The two
parties that are in serious conflict with each
other decide on a commitment,
an understanding, an agreement,
a truce, a covenant.
GOD'S NEW FAMILY
11 You who are not Jews by birth, here is what
I want you to remember. You are called
"uncircumcised" by those who call themselves
"circumcised." But they have only been
circumcised in their bodies by human hands.
12 Before you believed in Christ, you were
separated from him. You were not considered
to be citizens of Israel. You were not included
in what the covenants promised. You were
without hope and without God in the world.
13 At one time you were far away from God.
But now you belong to Christ Jesus. He spilled
his blood for you. That has brought
you near to God.
14 Christ himself is our peace. He has made
Jews and non-Jews into one group of people.
He has destroyed the hatred that was like a
wall between us.
15 Through his body on the cross, Christ put
an end to the law with all its commands and
rules. He wanted to create one new group of
people out of the two. He wanted to make
peace between them.
16 He planned to bring both of them as one
body back to God because of the cross. Christ
put their hatred to death on that cross.
17 He came and preached peace to you who
were far away. He also preached peace to
those who were near.
18 Through Christ we both come to the Father
by the power of one Holy Spirit.
19 So you are no longer strangers and outsiders.
You are citizens together with God's people.
You are members of God's family.
20 You are a building that is built on the apostles
and prophets. They are the foundation. Christ
Jesus himself is the most important stone in
the building.
21 The whole building is held together by him.
It rises to become a holy temple because it
belongs to the Lord.
22 And because you belong to him, you too are
being built together. You are being made into a
house where God lives through his Spirit.
——————————————————————
MARK 6:30-34, 53-56
NEW INTERNATIONAL READER'S VERSION
(NIRV)
The disciples return to Capernaum by the
sea from their mission trip to many inland
villages, and no sooner report the amazing
results of their ministry than they find
themselves being taken by Jesus on another
teaching mission shoreside. Continuation in
ministry with Jesus is "interrupted" by the
feeding of the 5000. That story appears in
the lectionary next week from John's gospel.
For this week, consider how the story of the
mission activities of Jesus and the disciples
(teaching on one shore, healing on the other)
relate to the feeding of five thousand people.
30 The apostles gathered around Jesus. They
told him all they had done and taught.
31 But many people were coming and going.
So they did not even have a chance to eat.
Then Jesus said to his apostles, "Come with me
by yourselves to a quiet place.
You need to get some rest."
32 So they went away by themselves in a boat
to a quiet place.
33 But many people who saw them leaving
recognized them. They ran from all the towns
and got there ahead of them. 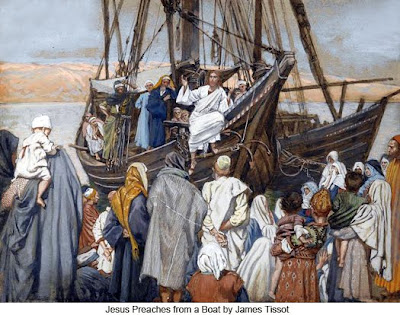 34 When Jesus came ashore, he saw a large
crowd. He felt deep concern for them. They
were like sheep without a shepherd. So he
began teaching them many things.
MARK 6:53-56
53 They crossed over the lake and landed
at Gennesaret. There they tied up the boat.
54 As soon as Jesus and his disciples got
out, people recognized him.
55 They ran through that whole area to bring to
him those who were sick. They carried them on
mats to where they heard he was. 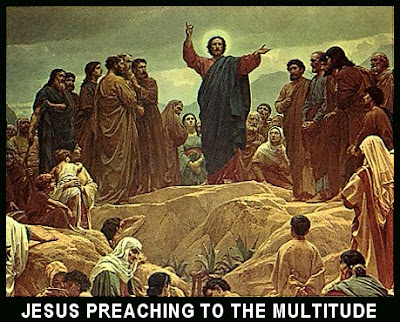 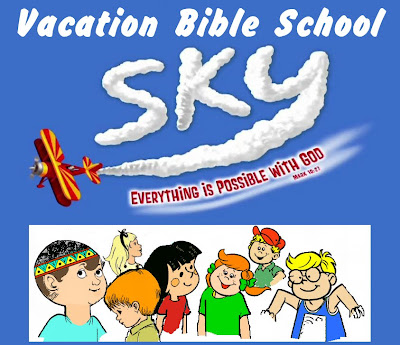