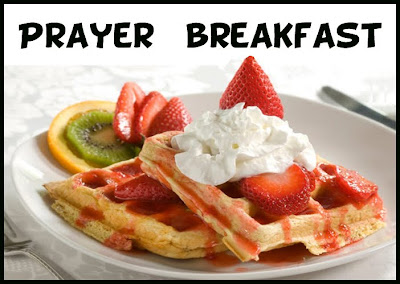 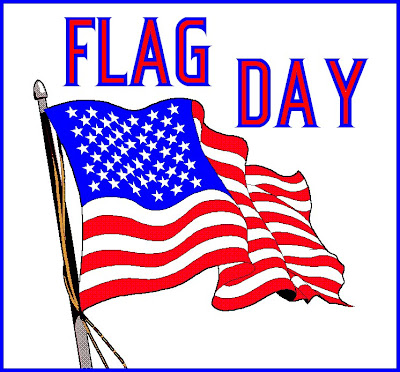 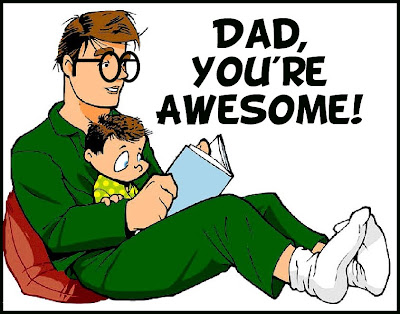 WE WILL HAVE HOLY COMMUNION TODAY 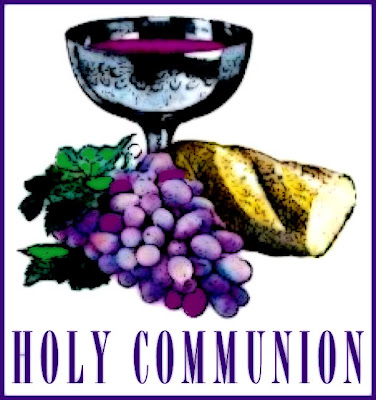 SCRIPTURE READINGS FOR TODAY —
(New International Reader's Version)
1 SAMUEL 15:34-16:13
Whenever we face a significant loss,
disappointment, or a dramatic change in
our lives, there is a need for a time to sit
quietly and adjust to it. We may feel
desolate and inconsolable for a time. It
does no good to realize that the depth of
our sensitivity allows us greater joy, as well
as greater pain. One day, as with any
wound, we find ourselves beginning to heal.
Samuel had already moved past rejection
of the leadership of judges and had anointed,
coached and counseled the new king, Saul,
for years now. Samuel had done all he could
. . . but it was not enough. God, and many
local citizens, had rejected Saul as king. The
realization of this was a significant blow to
Samuel. One that had led him to withdraw to
his childhood home in Ramah.
The Lord interrupts Samuel's grief over
Saul's many failures and sends him to
Jesse of Bethlehem to anoint one of his
sons as the Lord would direct him. From
God's point of view, it was time to begin
moving on - to anoint the next king, and
Samuel was still the man for the job.
• • • • • • • • • • • • • • • • • • • • • • • • • • • • • • • • •
The second movement in this story is a
movement of DISCERNMENT. The word
"discernment" may mean perception, or
understanding. It may be used to describe
the process of determining God's desire for
us. What is He telling us to do? Saul was still on the throne and becoming
more paranoid about the challenges to his
power. At the same time Samuel was sent
to look for the next king at Jesse's house.
Samuel arrived there without any clear
guidance beyond that. After God rejected
all of Jesse's older children, Samuel asked
him to call in his youngest, David, who was
out in the fields guarding the sheep. 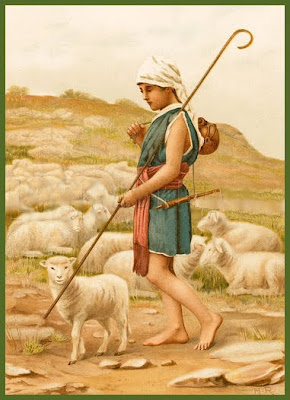 About this one, the last one, and perhaps
the most physically attractive - or maybe the
most sensitive, God said,
"Rise up and anoint him."
1 SAMUEL 15:34-35, 16:1-13
34 Then Samuel left to go to Ramah, his
birthplace. But Saul went up to his home in
Gibeah of Saul.
35 Until the day Samuel died, he did not go
back to see Saul again. Samuel was filled
with sorrow because of Saul. And the Lord was
very sorry he had made Saul king over Israel. 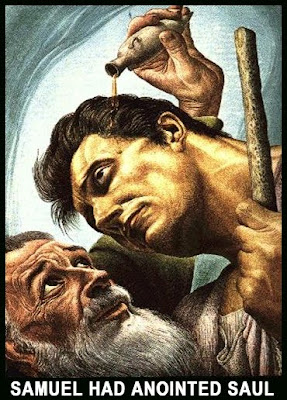 1 SAMUEL 16
SAMUEL ANOINTS DAVID
TO BE ISRAEL'S KING
1 The Lord said to Samuel, "How long will you
be filled with sorrow because of Saul? I have
refused to have him as king over Israel. Fill
your animal horn with olive oil and be on your
way. I am sending you to Jesse in Bethlehem.
I have chosen one of his sons to be king."
2 But Samuel said, "How can I go? Saul will
hear about it. Then he will kill me."
The Lord said, "Take a young cow with you.
Tell the elders of Bethlehem, 'I've come to offer
a sacrifice to the Lord.'
3 Invite Jesse to the sacrifice. Then I will show
you what to do. You must anoint for me the one
I point out to you."
4 Samuel did what the Lord said. He arrived at
Bethlehem. The elders of the town met him.
They were trembling with fear. They asked,
"Have you come in peace?"
5 Samuel replied, "Yes, I've come in peace.
I've come to offer a sacrifice to the Lord. Set
yourselves apart to him and come to the
sacrifice with me."
Then he set Jesse and his sons apart to the
Lord. He invited them to the sacrifice. 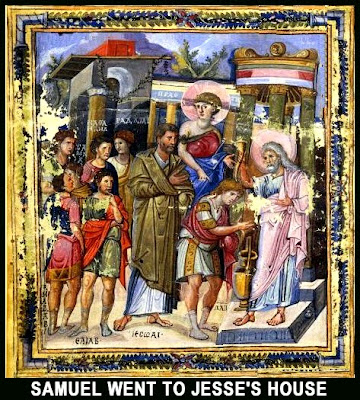 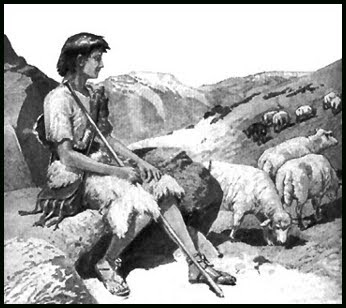 Samuel said, "Send for him. We won't sit down
to eat until he arrives."
12 So Jesse sent for his son and had him
brought in. His skin was tanned. He had a fine
appearance and handsome features.
Then the Lord said, "Get up and anoint him. He
is the one."
13 So Samuel got the animal horn that was filled
with olive oil. He anointed David in front of his
brothers. 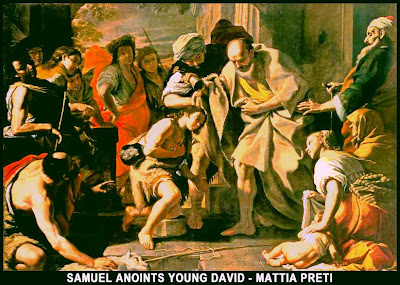 From that day on, the Spirit of the Lord
came on David with power.
Samuel went back to Ramah.
—————————————————————
PSALM 20
(New International Reader's Version)
PSALM OF DAVID.
1 May the Lord answer you when you are in trouble.
May the God of Jacob keep you safe.
2 May he send you help from the sacred tent.
May he give you aid from Zion.
3 May he remember all of your sacrifices.
May he accept your burnt offerings.
Selah! (Stop and listen)

4 May he give you what your heart longs for.
May he make all of your plans succeed.
5 We will shout with joy when you win the battle.
We will lift up our flags in the name of our God.
May the Lord give you everything you ask for.
6 Now I know that the Lord saves his anointed
king. He answers him from his holy heaven.
The power of God's right hand saves the king.
7 Some trust in chariots. Some trust in horses.
But we trust in the Lord our God.
8 They are brought to their knees and fall down.
But we get up and stand firm.
9 Lord, save the king!
Answer us when we call out to you!
OR
—————————————————————
PSALM 72 (UMH 811)
(New International Reader's Version)
Psalm 72 celebrates what a good king would
do, what respect he can expect, and what
hopes people might have for him and his
reign.
PSALM 72
A PSALM OF SOLOMON
1 God, give the king the ability to judge fairly.
He is your royal son. Help him to do what is
right.
2 Then he will rule your people in the right way.
He will be fair to those among your people who
are hurting.
3 The mountains and the hills will produce rich
crops,
because the people will do what is right.
4 The king will stand up for those who are
hurting.
He will save the children of those who are in
need.
He will crush those who beat others down.
5 He will rule as long as the sun shines
and the moon gives its light.
He will rule for all time to come.
6 He will be like rain falling on the fields.
He will be like showers watering the earth.
7 Godly people will do well as long as he rules.
They will have more than they need as long as
the moon lasts.
8 He will rule from ocean to ocean.
His kingdom will reach from the Euphrates River
to the ends of the earth.
9 The desert tribes will bow down to him.
His enemies will lick the dust.
10 The kings of Tarshish and of places far away
will bring him gifts.
The kings of Sheba and Seba
will give him presents.
11 All kings will bow down to him.
All nations will serve him.
12 People who are in need will cry out, and he
will save them.
He will save those who are hurting.
They don't have anyone else who can help them.
13 He will take pity on those who are weak and
in need.
He will save them from death.
14 He will save them from people who beat
others down.
He will save them from people who do mean
things to them.
Their lives are very special to him.
15 May he live a long time!
May gold from Sheba be given to him.
May people always pray for him.
May they ask the Lord to bless him all day long.
16 Let there be plenty of grain everywhere in
the land.
May it sway in the wind on the tops of the hills.
Let crops grow well, like those in Lebanon.
Let them grow like the grass of the field.
17 May the king's name be remembered
forever.
May his fame last as long as the sun shines.
All nations will be blessed because of him.
They will call him blessed.
18 Give praise to the Lord God, the God of
Israel.
Only he can do wonderful things.
19 Give praise to his glorious name forever.
May his glory fill the whole earth.
Amen and Amen.
20 The prayers of David, the son of Jesse,
end here.
—————————————————————
2 CORINTHIANS 5:6--17
(New International Reader's Version)
Since we are in Christ, a new creation, we are empowered to live for him. Here we address conflict and authority in the church.
6 So here is what we can always be certain
about. As long as we are at home in our bodies,
we are away from the Lord.
7 We live by believing, not by seeing.
8 We are certain about that. We would rather be
away from our bodies and at home with the Lord.
9 So we try our best to please him. We want to
please him whether we are at home in our
bodies or away from them.
10 We must all stand in front of Christ to be
judged. Each one of us will be judged for the
good things and the bad things we do while we
are in our bodies. Then each of us will receive
what we are supposed to get.
CHRIST BRINGS US BACK TO GOD
11 We know what it means to have respect for
the Lord. So we try to help other people to
understand it. What we are is plain to God. I
hope it is also plain to your way of thinking.
12 We are not trying to make an appeal to you
again. But we are giving you a chance to take
pride in us. Then you can answer those who
take pride in how people look rather than in
what is really in their hearts.
13 Are we out of our minds? That is because
we want to serve God. Does what we say make
sense? That is because we want to serve you.
14 Christ's love controls us. We are sure that
one person died for everyone.
And so everyone died.
15 Christ died for everyone. He died so that
those who live should not live for themselves
anymore. They should live for Christ. He died
for them and was raised again.
16 So from now on we don't look at anyone the
way the world does. At one time we looked at
Christ in that way. But we don't anymore.
17 Anyone who believes in Christ is a new
creation. The old is gone! The new has come!

—————————————————————
MARK 4:26-34
(New International Reader's Version)
† We learn that kingdoms are exercises in
sustained organization with tireless human
effort. We see kingships around the world -
- sustained and grown by means of zealous
force, planning, and determined struggle.
Here, Jesus says God's kingdom is nothing
like that. It is planted. It grows organically
without concocted spin - without fabricated
bias. The fruit emerges. We do not construct
God's kingdom. At most, we scatter its seeds.† Two parables of the kingdom of God: seed
scattered that takes root, grows, and leads to
harvest, and mustard weed - - a woody, fast
growing and spreading, persistent nuisance
weed in Middle Eastern fields, much like
Kudzu in the southern U.S. or button weed
in the midwest.

STORY OF THE GROWING SEED
26 Jesus also said, "Here is what God's
kingdom is like. A farmer scatters seed on
the ground. 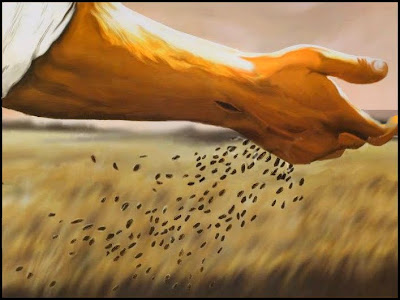 27 Night and day the seed comes up and grows.
It happens whether the farmer sleeps or gets up.
He doesn't know how it happens.
28 All by itself the soil produces grain. First the
stalk comes up. Then the head appears. Finally,
the full grain appears in the head. 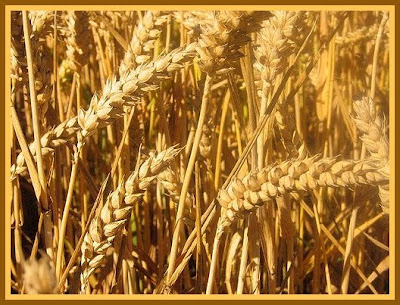 29 Before long the grain ripens. So the farmer
cuts it down, because the harvest is ready."
STORY OF THE MUSTARD SEED
30 Again Jesus said, "What can we say God's
kingdom is like? What story can we use to
explain it?
31 It is like a mustard seed, which is the
smallest seed planted in the ground.
32 But when you plant the seed, it grows. 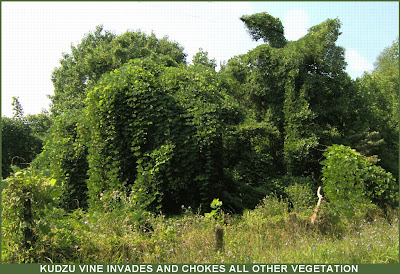 It becomes the largest of all garden plants. Its
branches are so big that birds can rest in
its shade." 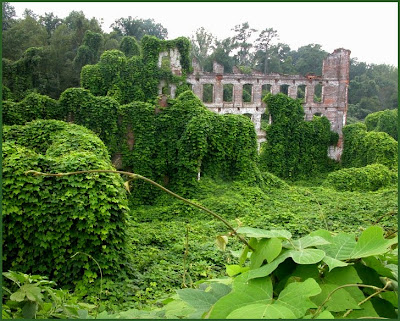 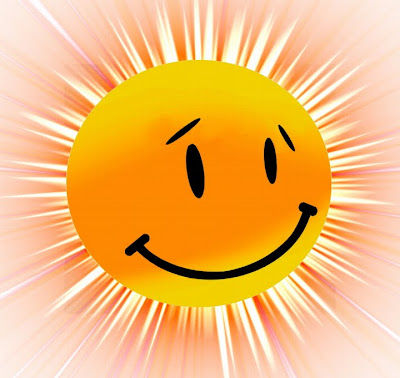 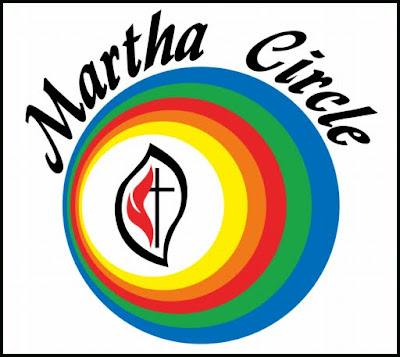 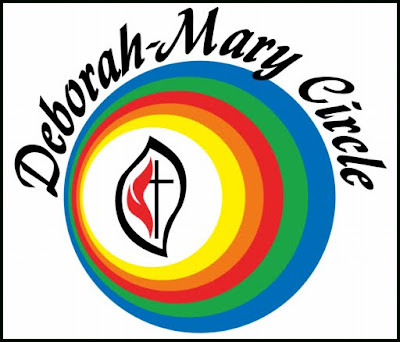