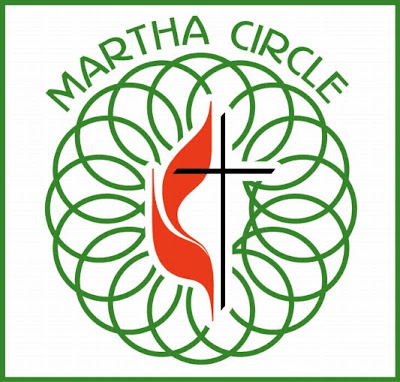 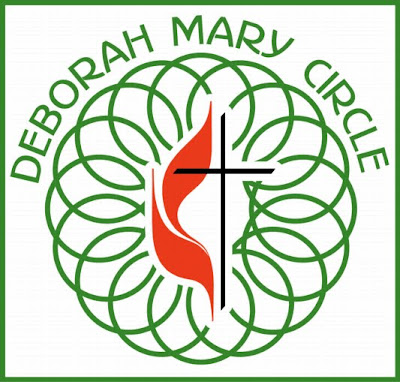 TODAY IS EARTH DAY
The first Earth Day was April 22, 1970, the day
the modern environmental movement was born. 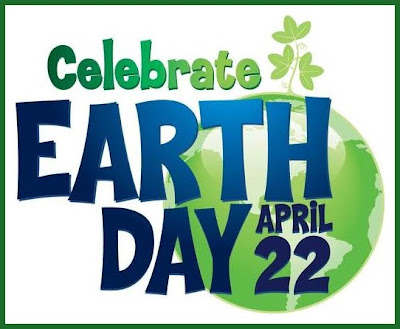 • More than one billion people around the globe will
participate in Earth Day 2012. Many countries have
changed to Earth Week. Of course every day must
be Earth Day. We reap incredible quantities of the
earth's resources each and every day. We are a little
late in learning how to preserve, manage and restore
that which we have obliterated - but don't give up.
• Mother Earth's population is currently 7 billion
people. Can you imagine what mobilizing half that
number of us might accomplish? It is just a matter
of focusing on Mother Earth as a priceless treasure,
as indeed it is. Destruction always seems so easy.
Building may be hard, but the outcome is infinitely
more satisfying and . . . . . 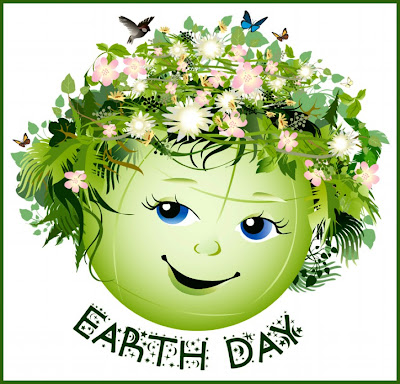 Mother Earth will thank us for generations to come.
————————————————————————
• • NATIVE AMERICAN MINISTRIES SUNDAY • •
The terms used to refer to Native Americans have
been controversial. According to a 1995 US Census
Bureau set of home interviews, most of the
respondents have an expressed preference to refer
to themselves as American Indians or Indians, and
this term has been adopted by major newspapers and
many academic groups. This term, however, does not
include Native Hawaiians or Alaskan Natives, such as
Aleuts, Alutiiq, Cupik, Yupik, and Inuit peoples, who
are not American Indians.
There are about 300 federal reservations in the United
States, and those residents are U.S. citizens. They are
free to live wherever they wish. 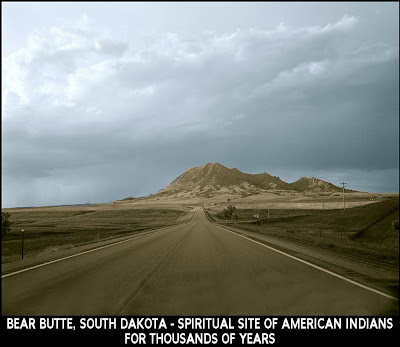 • Today about 70 percent of Native Americans live in
urban areas, according to the U.S. Census.
Los Angeles has an Indian population of about 70,000.
Many Native people, perhaps thousands of miles away
from their traditional home, still speak their languages
and maintain ties with their reservation or Indian
communities . . . but often with great struggle.
• • Benjamin Franklin said that the idea of the federal
government, in which certain powers are given to a
central government and all other powers are reserved
for the states, was borrowed from the system of
government used by Iroquoian League of Nations.
• • Foods we get from Native Americans are: potatoes,
beans, corn, cranberries, peanuts, pumpkins,
tomatoes, squash, wild rice, peppers, maple sugar,
nuts, melons, turkeys, and sunflower seeds.
• • Even though many of them were not citizens, more
than 8,000 Native Americans volunteered and served
during World War I. Well over 24,000 served during
World War II.
• • One of the most notable contributions during World
War II was the service of the Navajo Code Talkers, a
special group of volunteers who did top-secret work
using a secret code in Navajo that could not be broken.
• • 21 of our states have Indian names. To name a few:
• ARIZONA From the Papago word, Airzonac, which
probably means “small springs.”
• ARKANSAS From Akansea, a tribe whose name
means “downstream people.”
• CONNECTICUT Meaning “river whose water is
driven by tides or winds.”
• DAKOTA (North and South) Tribal name of the
Sioux meaning “Allies.”
• ILLINOIS Meaning “Men,” the name of a
confederacy of Algonquian tribes.
• IOWA The name of a tribe meaning “Sleepy Ones.”
• • Many Indians are great athletes, great writers,
great musicians, great artists, great businessmen —
just as with each and every other ethnic origin. Some
notables are:
Jim Thorpe (athlete), Johnny Bench (athlete), 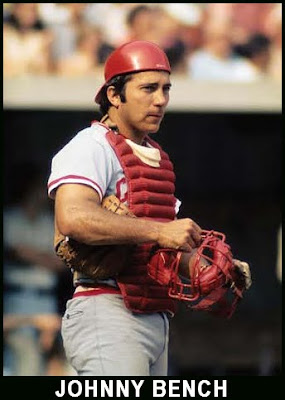 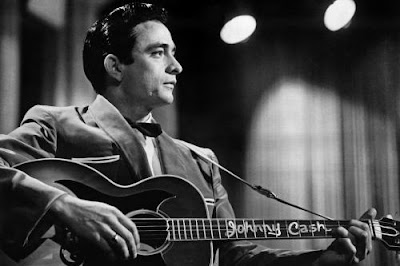 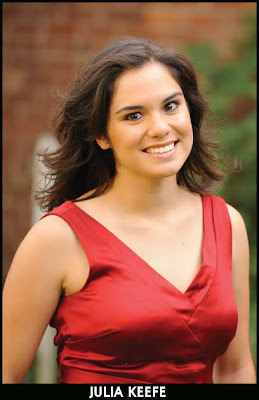 . . . to acknowledge a few.
I think you will agree with me that they are
beautiful people. 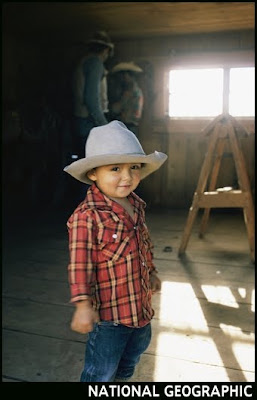 SCRIPTURE READINGS
ACTS 3:12-19
(Amplified Bible)
After a lame beggar is cured by the power of the
Risen Lord through Peter and John, Peter
invites the wondering crowd to repent and follow
Jesus. Five thousand of them do!
12 And Peter, seeing it, answered the people, You
men of Israel, why are you so surprised and
wondering at this? Why do you keep staring at us,
as though by our own individual powers or active
piety we had made this man able to walk? 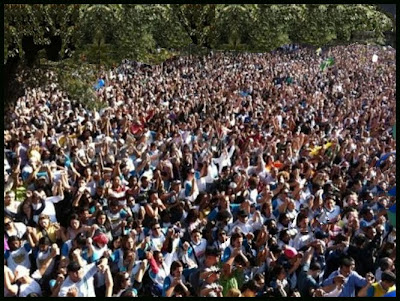 13 The God of Abraham and of Isaac and of Jacob,
the God of our forefathers, has glorified His Servant
and Son Jesus, doing Him this honor, Whom you
indeed delivered up and denied and rejected and
disowned in the presence of Pilate, when he had
determined to let Him go.
14 But you denied and rejected and disowned the
Pure and Holy, the Just and Blameless One, and
demanded the pardon of a murderer to be granted
to you.
15 But you killed the very Source, the Author of life,
Whom God raised from the dead. To this we are
witnesses.
16 And His name, through and by faith in His name,
has made this man whom you see and recognize
well and strong. Yes, the faith which is through and
by Him (Jesus) has given the man this perfect
soundness of body before all of you.
17 And now, brethren, I know that you acted in
ignorance (not aware of what you were doing) as
did your rulers also.
18 Thus has God fulfilled what He foretold by the
mouth of all the prophets, that His Christ
(the Messiah) should undergo ill treatment and be
afflicted and suffer.
19 So repent, change your mind and purpose; turn
around and return to God, that your sins may be
erased, blotted out, wiped clean; that times of
refreshing, of recovering from the effects of heat,
of reviving with fresh air, may come from the
presence of the Lord;
12 When Peter saw this, he said, "Men of Israel, why
does this surprise you? Why do you stare at us? We
haven't made this man walk by our own power or
godliness.
13 The God of our fathers, Abraham, Isaac and
Jacob, has done this. He has brought glory to Jesus,
who serves him. But you handed Jesus over to be
killed. Pilate had decided to let him go. But you spoke
against Jesus when he was in Pilate's court.
14 You spoke against the Holy and Blameless One.
You asked for a murderer to be set free instead.
15 You killed the one who gives life. But God raised
him from the dead. We are witnesses of this.
16 This man whom you see and know was made
strong because of faith in Jesus' name. Faith in
Jesus has healed him completely. You can see it
with your own eyes.
17 My friends, I know you didn't realize what you were
doing. Neither did your leaders.
18 But God had given a promise through all the
prophets. And this is how he has made his promise
come true. He said that his Christ would suffer.
19 So turn away from your sins. Turn to God. Then
your sins will be wiped away. The time will come
when the Lord will make everything new.
PSALM 4 (UMH 741)
(New International Readers Version)
Thanks to God for vindication and teaching to
those who criticize or disgrace.
1 My faithful God, answer me when I call out to you.
Give me rest from my trouble. Show me your favor.
Hear my prayer.
2 How long will you people turn my glory into shame?
How long will you love what will certainly fail you?
How long will you pray to statues of gods?
"Selah" (stop and listen).
3 Remember that the LORD has set his faithful
people apart for himself. The LORD will hear me
when I call out to him.
4 When you are angry, do not sin. When you are in
bed, look deep down inside you and be silent.
"Selah" (stop and listen).
5 Offer sacrifices to the LORD in the right way.
Trust in him.
6 Many are asking, "Who can show us anything
good?" Lord, let us see your face smiling on us
with favor.
7 You have filled my heart with great joy. It is
greater than the joy of people who have lots of
grain and fresh wine.
8 I will lie down and sleep in peace. Lord, you
alone keep me safe.
1 JOHN 3:1-7
(New International Readers Version)
We are God's children now as we abide in
Jesus. Abiding in Jesus enables us to live more
and more without sin. Repentance is not a
one-time act, but a lifelong commitment to abide
in Jesus.
1 How great is the love the Father has given us so
freely! Now we can be called children of God. And
that's what we really are! The world doesn't know us
because it didn't know him.
2 Dear friends, now we are children of God. He still
hasn't let us know what we will be. But we know that
when Christ appears, we will be like him. We will
see him as he really is.
3 He is pure. All who hope to be like him make
themselves pure.
4 Everyone who sins breaks the law. In fact, breaking
the law is sin.
5 But you know that Christ came to take our sins
away. And there is no sin in him.
6 No one who remains joined to him keeps on sinning.
No one who keeps on sinning has seen him or
known him.
7 Dear children, don't let anyone lead you down the
wrong path. Those who do what is right are holy, just
as Christ is holy.
LUKE 24:36-48
(New International Readers Version)
After his appearance to two dispirited disciples
heading toward Emmaus, Jesus tells the rest of
those gathered at another meal to proclaim
repentance and forgiveness of sins in his name.
Jesus Appears to the Disciples
36 The disciples were still talking about this when
Jesus himself suddenly stood among them. He said,
"May peace be with you!" 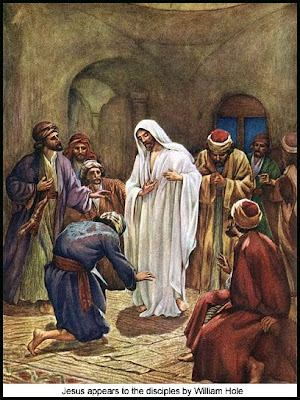 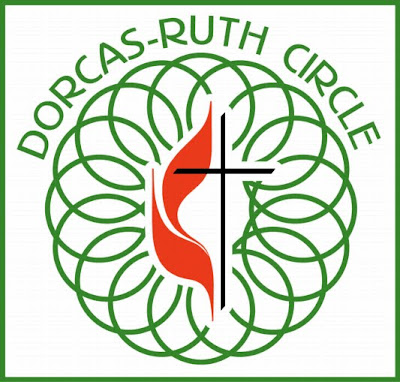 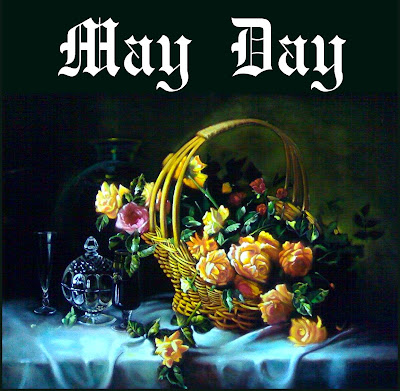 May Day is is next Tuesday, May 1st. Remember,
leave the flowers in front of the door, ring the
bell and run!

May God Bless and Keep You,
Pastor Bob