DEUTERONOMY 18:15-20
(The Message)
The people are afraid to hear God's voice directly,
so God promises to raise up a future prophet, like
Moses, to continue speaking to them. But as
disciples of Jesus, we expect nothing less than
to encounter directly and learn how to call upon
the presence, power, and voice of God ourselves.
The people in Deuteronomy wanted someone
else, someone special, to be a prophet for them.
• By the first century, those who were considered
prophets were often like Elisha and Elijah. 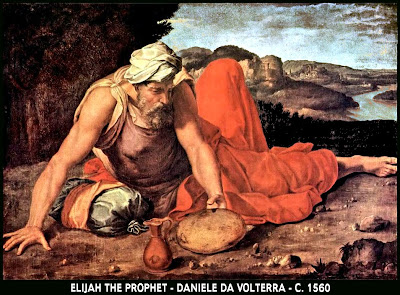 They were wandering teachers who not only
proclaimed truth to power in an authoritative
way, but also demonstrated mighty acts of power
as they did so. Among these acts was exorcism.
15 God, your God, is going to raise up a prophet for
you. God will raise him up from among your kinsmen,
a prophet like me. Listen obediently to him.
16 This is what you asked God, your God, for at
Horeb on the day you were all gathered at the
mountain and said, "We can't hear any more from
God, our God; we can't stand seeing any more fire.
We'll die!"
17 And God said to me, "They're right; they've
spoken the truth.
18 I'll raise up for them a prophet like you from their
kinsmen. I'll tell him what to say and he will pass on
to them everything I command him.
19 And anyone who won't listen to my words spoken
by him, I will personally hold responsible.
20 "But any prophet who fakes it, who claims to
speak in my name something I haven't commanded
him to say, or speaks in the name of other gods, that
prophet must die."
———————————————————————
PSALM 111 (UMH 832)
(The Message)
Praise to God for fulfilling promise of deliverance,
establishing the nation, and providing guidance
for the people.
1 Hallelujah! I give thanks to God with everything I've
got - Wherever good people gather, and in the
congregation.
2 God's works are so great, worth A lifetime of study
- endless enjoyment!
3 Splendor and beauty mark his craft; His generosity
never gives out.
4 His miracles are his memorial - This God of Grace,
this God of Love.
5 He gave food to those who fear him, He
remembered to keep his ancient promise.
6 He proved to his people that he could do what he
said: Hand them the nations on a platter - a gift!
7 He manufactures truth and justice; All his products
are guaranteed to last -
8 Never out-of-date, never obsolete, rust-proof. All
that he makes and does is honest and true:
9 He paid the ransom for his people, He ordered his
Covenant kept forever. He's so personal and holy,
worthy of our respect.
10 The good life begins in the fear of God - Do that
and you'll know the blessing of God. His Hallelujah
lasts forever!
———————————————————————
CORINTHIANS 8:1-13
(The Message)
The people wanted a prophet like Moses precisely
so they would not have to encounter the voice of
God themselves. Paul reminds these
"cognoscenti" (experts) that while their reasoning
may be correct in theory, most folks in Corinth
would have been so saturated by the polytheistic
culture that following Jesus for them would require
them to stay away from any association with other
ritual practices. Therefore, he warns them not to
engage in any action that could be misinterpreted
and so "wound the conscience" of "the weak."
1 The question keeps coming up regarding meat that
has been offered up to an idol: Should you attend
meals where such meat is served, or not? We
sometimes tend to think we know all we need to
know to answer these kinds of questions -
2 but sometimes our humble hearts can help us
more than our proud minds.
3 We never really know enough until we recognize
that God alone knows it all.
4 Some people say, quite rightly, that idols have no
actual existence, that there's nothing to them, that
there is no God other than our one God,
5 that no matter how many of these so-called gods
are named and worshiped they still don't add up to
anything but a tall story.
6 They say - again, quite rightly - that there is only
one God the Father, that everything comes from him,
and that he wants us to live for him. Also, they say
that there is only one Master - Jesus the Messiah -
and that everything is for his sake, including us.
Yes. It's true.
7 In strict logic, then, nothing happened to the meat
when it was offered up to an idol. It's just like any
other meat. I know that, and you know that. But
knowing isn't everything. If it becomes everything,
some people end up as know-it-alls who treat others
as know-nothings.
Real knowledge is not that insensitive. We need to
be sensitive to the fact that we're not all at the same
level of understanding in this. Some of you have
spent your entire lives eating "idol meat," and are
sure that there's something bad in the meat that then
becomes something bad inside of you. An imagination
and conscience shaped under those conditions isn't
going to change overnight.
8 But fortunately God doesn't grade us on our diet.
We're neither commended when we clean our plate
nor reprimanded when we just can't stomach it.
9 But God does care when you use your freedom
carelessly in a way that leads a Christian still
vulnerable to those old associations to be thrown
off track.
10 For instance, say you flaunt your freedom by
going to a banquet thrown in honor of idols, 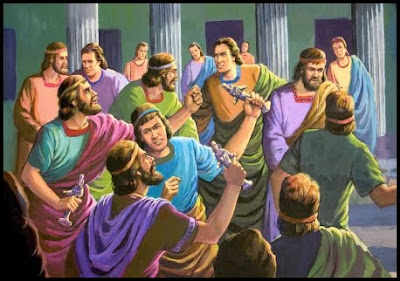 where the main course is meat sacrificed to idols.
Isn't there great danger if someone still struggling
over this issue, someone who looks up to you as
knowledgeable and mature, sees you go into that
banquet? The danger is that he will become terribly
confused - maybe even to the point of getting mixed
up himself in what his conscience tells him is wrong.
11 Christ gave up his life for that person. Wouldn't
you at least be willing to give up going to dinner for
him - because, as you say, it doesn't really make any
difference? But it does make a difference if you hurt
your friend terribly, risking his eternal ruin!
12 When you hurt your friend, you hurt Christ. A free
meal here and there isn't worth it at the cost of even
one of these "weak ones."
13 So, never go to these idol-tainted meals if there's
any chance it will trip up one of your brothers or sisters.
———————————————————————
MARK 1:21-28
(The Message)
Jesus teaches with authority and performs an
exorcism in the synagogue at Capernaum. 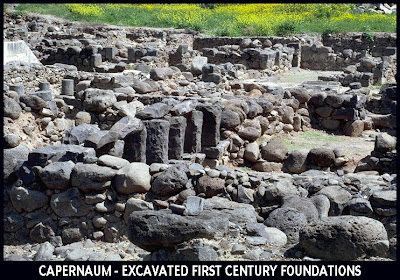 In Jewish practice, a person known to be a
demoniac would not have been admitted into
the synagogue. The presence and prophetic
authority of Jesus both surface the demon and
cast it out. The people are amazed, and the
report about this "went out" (same verb in
Greek as the command to the unclean spirit to
"come out") to the entire region of Galilee.
What was remarkable in this story was not that
Jesus cast out a demon, or even that he talked
to the demon. There were plenty of other
exorcists in his day. What was remarkable was
the authority with which he did so. He did not call
upon any other authority in the spirit world to act.
Jesus spoke the word, "Shut up, and come out of
him!" The demon immediately complied.
21 Then they entered Capernaum. 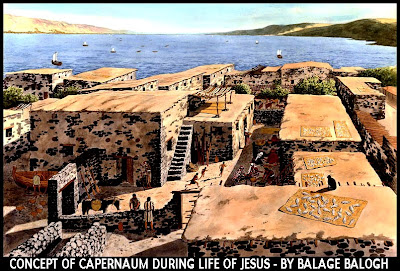 When the Sabbath arrived, Jesus lost no time in
getting to the meeting place. He spent the day there
teaching.
22 They were surprised at his teaching - so forthright,
so confident - not quibbling and quoting like the religion
scholars. 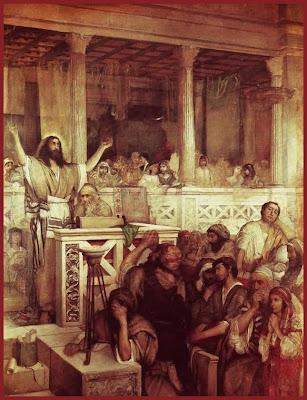 23 Suddenly, while still in the meeting place, he was
interrupted by a man who was deeply disturbed and
yelling out, 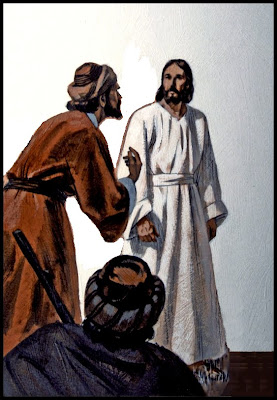 24 "What business do you have here with us, Jesus?
Nazarene! I know what you're up to! You're the Holy
One of God, and you've come to destroy us!"
25 Jesus shut him up: "Quiet! Get out of him!"
26 The afflicting spirit threw the man into spasms,
protesting loudly - and got out. 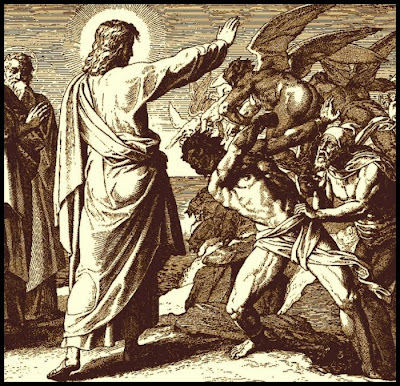 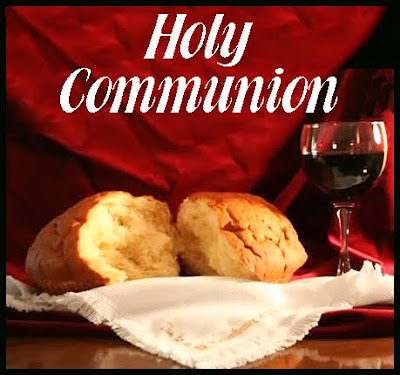 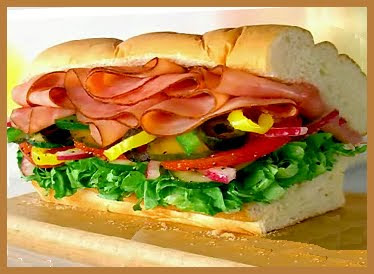